Netflix has dropped the first trailer for The White Tiger starring Priyanka Chopra Jonas, Rajkummar Rao and Adarsh Gourav in the lead. The film is the screen adaptation of Aravind Adiga’s 2008 Man Booker Prize-winning novel of the same name. The adaptation of the celebrated novel is directed by Ramin Bahrani.

The trailer showcases the darkly comic and energetic tale of Balram Halwai (Gourav), a young man whose low class stature is at strong odds with his sharp intellect and entrepreneurial nature. Playing a driver to Rajkummar, Balram comes in contact with India’s affluent class and the underbelly of corruption that plagues the country. The trailer showcases the shocking twist of events that changes the characters’ lives and further explores the themes of corruption, poverty, class struggles and power. 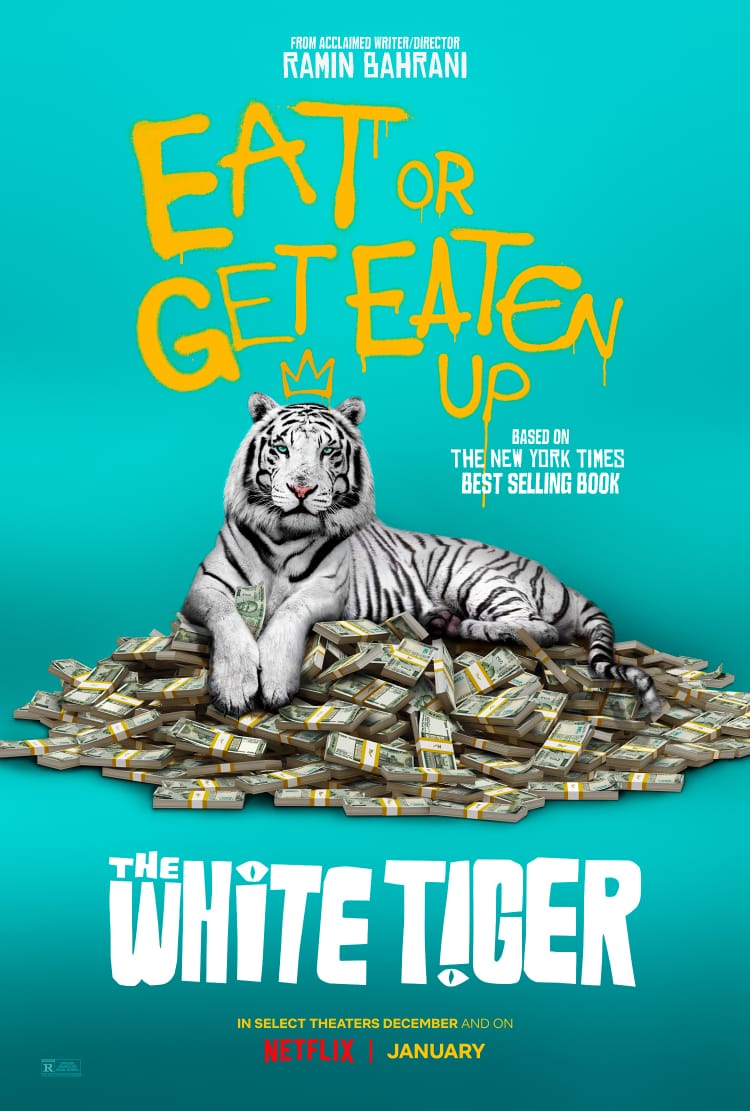 In the trailer, Balram narrates his epic and darkly humorous rise from poor villager to successful entrepreneur in modern India. Cunning and ambitious, our young hero jockeys his way into becoming a driver for Ashok (Rajkummar Rao) and Pinky (Priyanka Chopra Jonas), who have just returned from America. Society has trained Balram to be one thing — a servant — so he makes himself indispensable to his rich masters. But after a night of betrayal, he realizes the corrupt lengths they will go to trap him and save themselves. On the verge of losing everything, Balram rebels against a rigged and unequal system to rise up and become a new kind of master.

Presenting the first look trailer of #TheWhiteTiger. You believe your destiny is what was bred in you... till you find a way to break free. I'm so proud to be part of this project. From writer-director Ramin Bahrani, The White Tiger is an adaptation of The New York Times Bestseller & the 2008 Man Booker Prize Winning novel by Aravind Adiga. WATCH it in select theaters December and on Netflix, January 22, 2021 #TheWhiteTigerNetflix @netflixfilm @netflixqueue @netflix_in #RaminBahrani @mukul.deora @Ava @purplepebblepictures @gouravadarsh @rajkummar_rao @vjymaurya @maheshmanjrekar @tessjosephcasting @srishtibehlarya #AravindAdiga

Priyanka shared the trailer on social media with the caption, “Presenting the first look trailer of #TheWhiteTiger. You believe your destiny is what was bred in you... till you find a way to break free. I'm so proud to be part of this project. From writer-director Ramin Bahrani, The White Tiger is an adaptation of The New York Times Bestseller & the 2008 Man Booker Prize Winning novel by Aravind Adiga.”

The White Tiger’s screenplay has been written by Bahrani and produced by Mukul Deora and Bahrani. Priyanka, Ken Kamins, Paul Ritchie, Prem Akkaraju, Ava DuVernay and Sarah Bremner serve as executive producers. The film will release in select theatres in December and on Netflix on January 22, 2021.

Fabulous Lives of Bollywood Wives: Janhvi Kapoor reveals she has taken a vow to be single, albeit only for the next two years