Advertisement
HomeWEBCAST‘I have always admired his craft and his ability to pick up unconventional roles and narratives,’ says Karanvir Malhotra on making his debut alongside Abhay Deol in ‘What Are The Odds?’

‘I have always admired his craft and his ability to pick up unconventional roles and narratives,’ says Karanvir Malhotra on making his debut alongside Abhay Deol in ‘What Are The Odds?’

Having cemented his position in the OTT circuit with Kabir Khan’s Amazon Original Series, The Forgotten Army and Netflix’s Original Series Selection Day, actor Karanvir Malhotra bags the lead role in a feature film titled What Are The Odds?

Slated to release on 20th May exclusively on Netflix, Karanvir will be sharing screen space with Bollywood’s very own thinking actor, Abhay Deol and paired opposite Yashaswini Dayama of Delhi Crime and Dear Zindagi fame. What Are The Odds? tracks the journey of Ashwin and Vivek over one day in a whimsical version of Mumbai and their interactions with interesting characters that are dotted along the journey. The film is directed by Megha Ramaswamy and Abhay Deol will be seen playing the role of a Rockstar in the film.

#WhatAreTheOdds that I’ll be dressing up and combing my hair to get ready to watch the teaser of my first film when almost the entire planet is quarantined?Really man, #WhatAreTheOdds? @FilmKaravan https://t.co/qb5z7VTkin

Talking about his film and the timing of his first film Karanvir said, "We’re living in extraordinary times and we all are extremely overwhelmed by the happenings around us. I think my role as an actor and entertainer is to help people escape their reality so I’m glad that my first feature is a light, fun and slice of life film about two teenagers and the extraordinary events that happen within the span of a day. I play the character of Ashwin who is a ‘good boy’ but certainly not conventional. The film’s tone is playful and fanciful hence even a straightforward character like Ashwin had to be played with a lighter shade. There’s always a feeling of nostalgia and euphoria simultaneously when you play a character younger than you. The most fun element for me in the film was the relationships Ashwin discovers, realizes and builds in a single day not just with human beings but certain other species too." 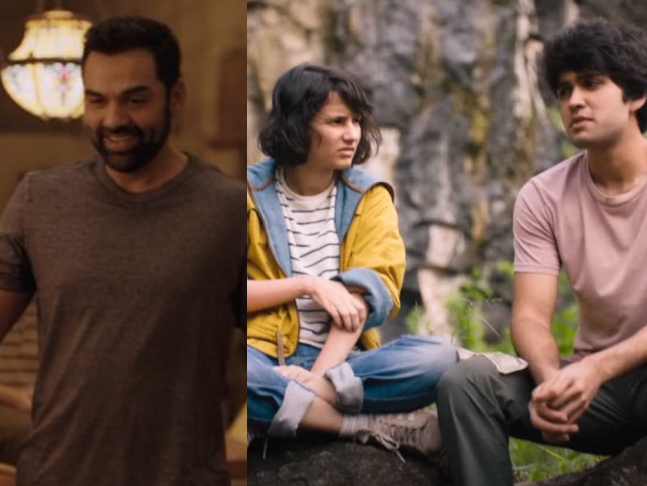 He added, “I see this film as a major building block in my career. Megha is a brilliant storyteller - distinctive and original. I’m thrilled to have had her as my director in my debut film. Working with Yashaswini was a treat. Her ideas are ingenious and I learnt heaps from her as she’s a natural!  Not just that, getting to work with Abhay was the icing on the cake. I have always admired his craft and his ability to pick up unconventional roles and narratives staying within the framework of mainstream Bollywood. His sense of humour and impeccable demeanour make him the star he is!”