Advertisement
HomeWEBCASTHasmukh Trailer: Vir Das' thrilling journey of committing murder to keep his onstage comic mojo is worth a watch

Netflix on Friday unveiled the trailer of its upcoming series Hasmukh, starring Vir Das, which is slated to release on April 17, 2020.

The series follows the journey of a young man from Saharanpur who wants to be the greatest comedian in the world. While he is a great writer, what he lacks is comic timing. Determined to achieve his dream, he will do absolutely anything to make sure the world notices his talent. But how far is he willing to go to realise his dreams? Watch it for yourself in the trailer here:

In a statement, Vir had earlier said, “Performing in front of a live audience is extremely different from being in a fictional film or series. I’m back on screen playing a strange and unusual character, so I’m excited. He’s super awkward, soft spoken, always mild...until he murders or gets on stage. Stand-up comedians will relate to Hasmukh’s journey… well, most of it at least. We’re all looking for innovative ways to make people laugh, but this guy takes it to the next level. The trailer should give you a sneak peek into what I’m talking about, but just wait and watch!”

Producer Nikkhil Advani shared a note on releasing the show amidst the COVID-19 pandemic. 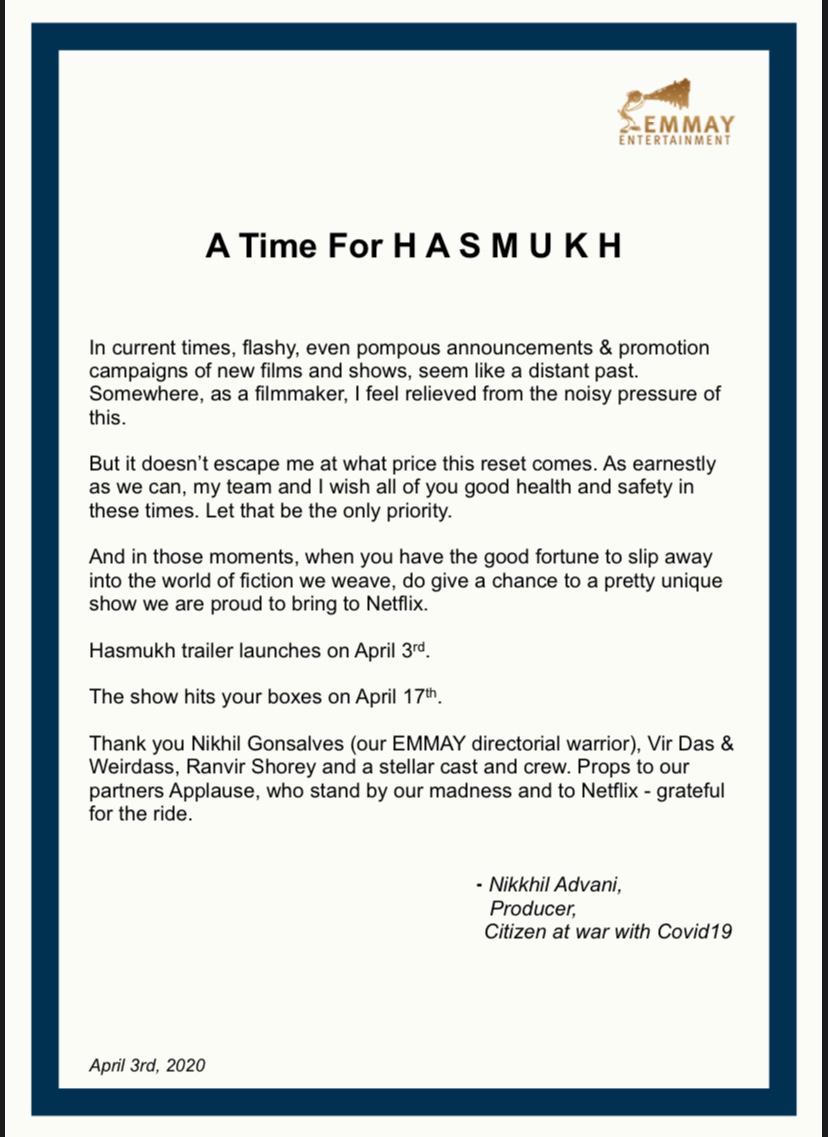