She, the new Netflix original series, begins with a lady constable Bhumika Pardesi (played by Aaditi Pohankar) posing as a prostitute to help the police get to one of the a high-profile drug smugglers in order to investigate a certain criminal nexus in volatile underbelly of Mumbai. She then ends up tracking Sasya (played by Vijay Varma), who is one of the suspected members of the gang.

What follows is a journey of how a very 'pushable' character, rather timid and coming from a lower-middle class background, living a life pretending to be a prostitute. Her experiences not only aid her in making her feel more powerful but also alter her sense of sexuality. Imtiaz Ali, who has co-written She along with screenwriter Divya Johri, is known to etch strong female characters like Jab We Met and Highway. However, in his latest show, he breaks away from the usual popcorn romances and makes his female character reign in an environment, which in true sense, is a dangerous undercover police operation. 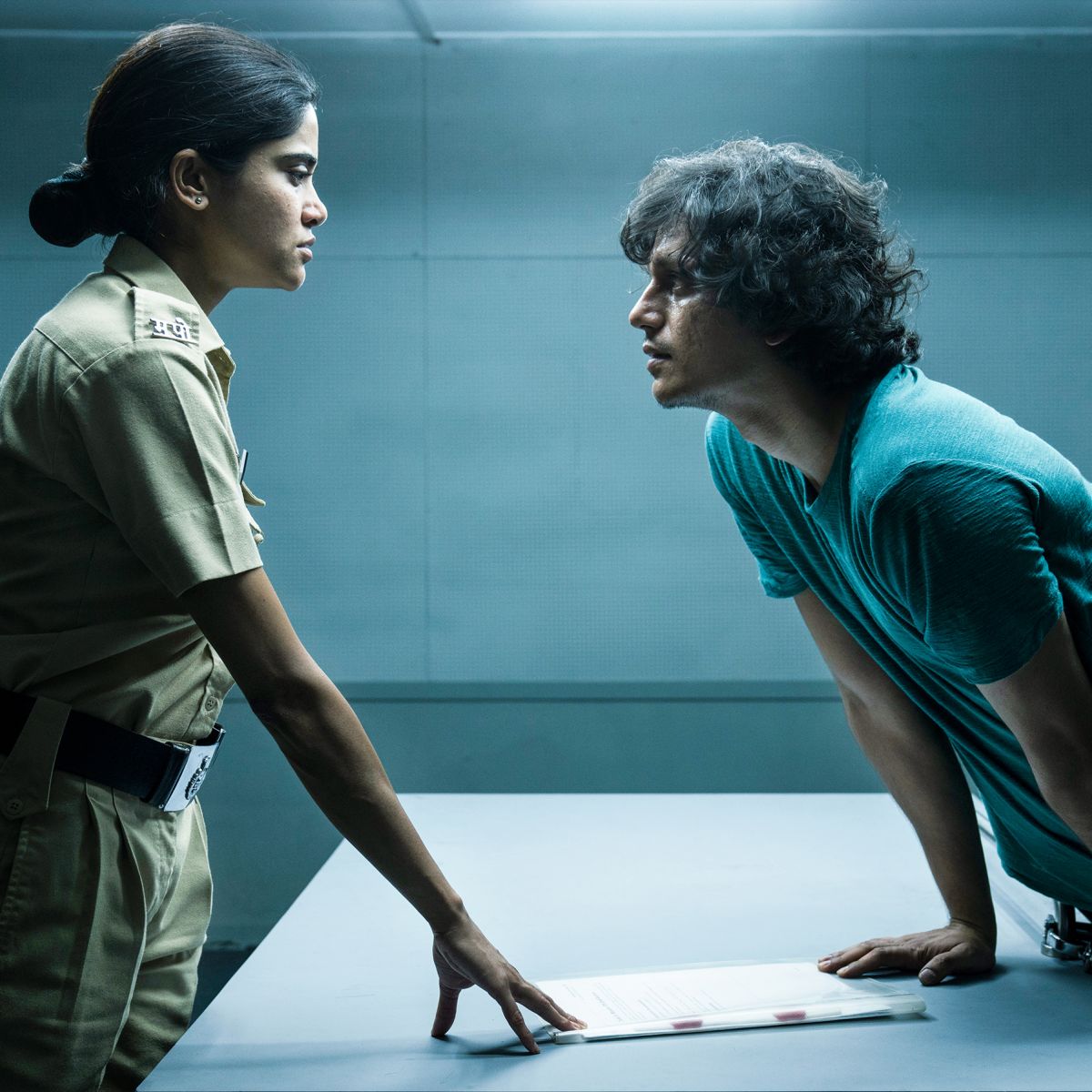 Nonetheless, the complex relationship with Bhumi and Sasya is rather uncanny yet interesting. In the first episode, Sasya, who speaks Hindi with a pronounced Hyderabadi accent, talks to Bhumi and addresses her sexual prowess by referring her as a scorpion that he wants to squash. Their libidos soon get charged up but that’s when Bhumi takes out a gun and points at Sasya, revealing to him that she’s a cop. In that fleeting moment, Bhumi not only feels powerful but also feels sexually dominant. It is in that moment that she kind of discovers her power as a woman while taking down a drug cartel.

RECOMMENDED READ: It is a story of a female cop coming to terms with a certain side of hers which has been dormant: Vijay Varma and Aditi Pohankar talk about their debut web show ‘She’

But alas, soon the audience realise that she isn’t really the one to call the shots. Her bosses Vishwas Kini as Jason Fernandes and Paritosh Sand as DCP Shishir Mathur are the ones who actually decide her journey ahead once she helps them in getting the man that they are looking for. Soon, she somehow, gets caught in the dangerous crossfire when Sasya plans that he will only be interrogated by Bhumi.

In short, Bhumi is not less that a  portrait of the double life of a woman. On one hand, she has to deal with her ailing mother and stubborn sister apart from her failed marriage and sexual assault trauma but on the other hand, she is on a path of self discovery, which is seldom convincing. When the main villain of She, Nayak (Kishore Kumar G), makes his first appearance in the sixth episode of the show, we are still wondering if Bhumi is ever really completely liberated and will she succeed in doing the job or not?

Coming to the performances, Aaditi performs well but her character never comes across as fully etched, despite best efforts of the makers by giving her a flawed role with a troubled backstory. Vijay, who impressed everyone with his act in Gully Boy, is totally wasted in the sense that the makers are unable to tap into his otherwise menacing presence on screen, despite him being in excellent form. The camerawork is also not great with scenes being captured from angles that just seem unnecessary.

To wrap it up, She may be about a woman but the hardened male gaze makes it redundant and of course, there’s more to women than being ‘conventionally attractive’. Directed by Arif Ali and Avinash Das, the web series held potential, alas, the makers somewhat lost the mark to harness it!