After the success of Cakewalk, author turned director Ram Kamal Mukherjee's second feature A Tribute to Rituparno Ghosh: Season's Greetings will premiere on ZEE5, India's fastest growing OTT platform. The 47-minute Hindi feature marks the comeback of Bollywood star Celina Jaitly Haag post her marriage and motherhood. The film also stars theatre thespian Lillette Dubey and debutant Azhar Khan in the lead. This film also marks the debut of Bollywood's first transgender actor Shree Ghatak in a pivotal role. It has become India's first-ever feature to collaborate with United Nations Free and Equal. It deals with Article 377 and LGBTQIA community. "Since Rituda was very vocal about the cause, this comes up as a vital issue in the film. It is weaved in subtly and that's probably the beauty of the tale," said director Ram Kamal. The film has two songs in Maithli language composed by Rabindranath Tagore and has been shot in beautiful locales in Kolkata by cinematographer Pravatendu Mondal. 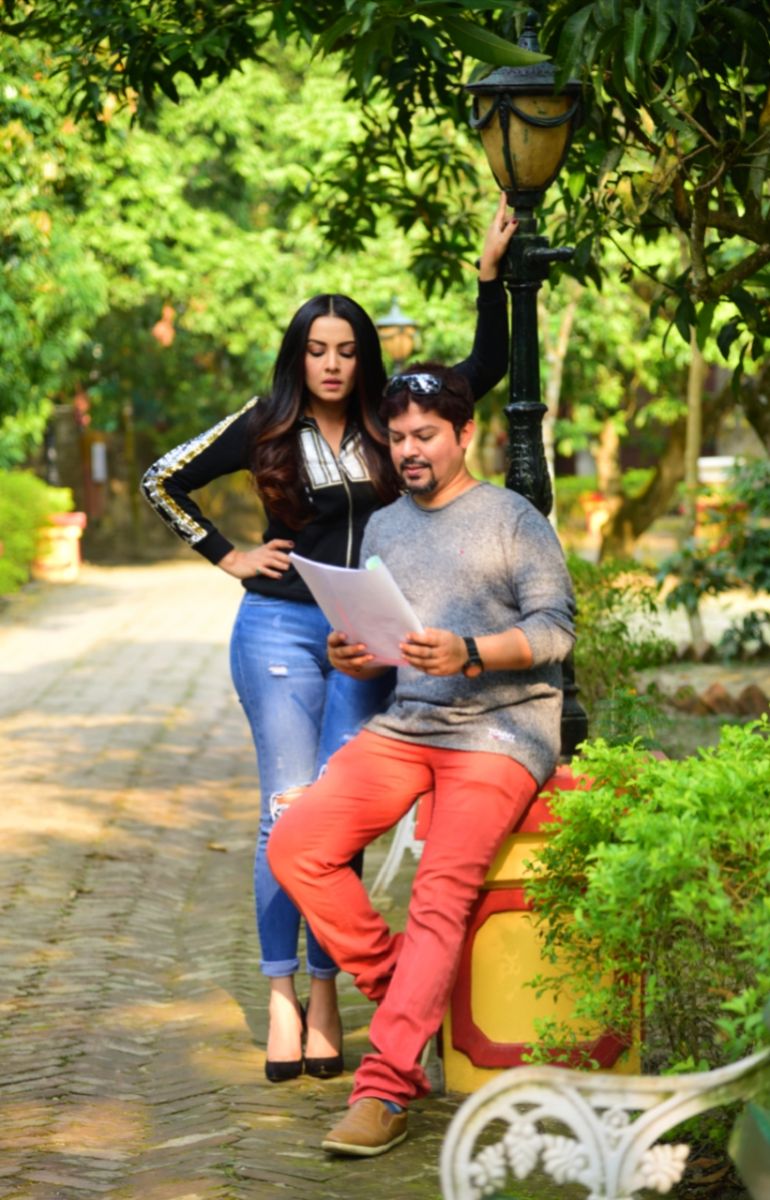 Celina Jaitly Haag, the lead actor from the film said, "It is great to associate with a massive platform like ZEE5. This is a special film and it was indeed a pleasure to work with Director Ram Kamal Mukherjee and the entire cast and crew of the film. When Ram Kamal narrated me the story I immediately connected with Romita's character because she is real. Just like any character from Rituparno Ghosh's film. Since last two decades I have been closely working with LGBTQIA cause this film deals with issues related with the community and abolishment of article 377. This film is about celebration of love and freedom.” Lillette Dubey said, "I am glad to be a part of Ram Kamal's film Season's Greetings, which will premiere on ZEE5 soon. I always wanted to work with Rituparno Ghosh, unfortunately he left too early. I am happy to be a part of a film that pays homage to such a wonderful filmmaker.”

Set in Kolkata, the film revolves around a mother and daughter relationship. The first look of the film was revealed by Bollywood legend Amitabh Bachchan on 56th birth anniversary of late Rituparno Ghosh on August 31st. Produced by Aritra Das and Shailendra Kumar under the banner of Assorted Motion Pictures and SS1 Entertainment respectively, the film also marks the debut of Jaan Kumar Sanu, son of Bollywood playback singer Kumar Sanu and also features Sayani Palit. The film has music by Shailendra Sayanti.