Advertisement
HomeWEBCAST‘It was difficult to play Jojo at a time when I was pregnant’, says Surveen Chawla on her character in Saif Ali Khan and Nawazuddin Siddiqui starrer ‘Sacred Games’

‘It was difficult to play Jojo at a time when I was pregnant’, says Surveen Chawla on her character in Saif Ali Khan and Nawazuddin Siddiqui starrer ‘Sacred Games’ 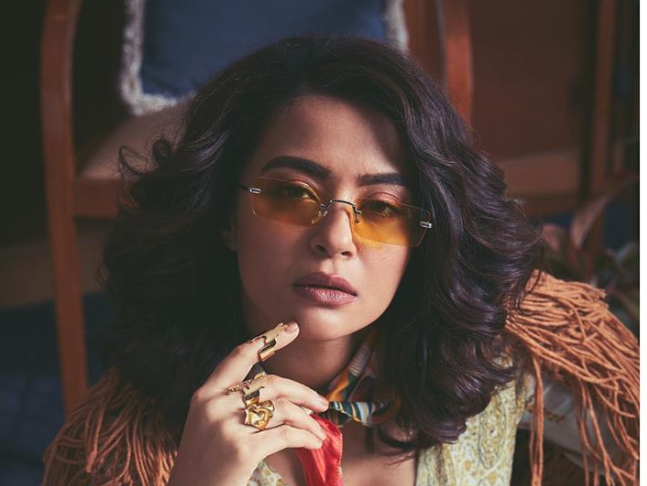 Surveen Chawla who is all set to reprise her role in Sacred Games 2 says her character of Jojo was so emotionally challenging that she wanted to run away with it. Apparently, Surveen was pregnant at the time of the shooting and said that she was confused about her character in the first season but also empathized with her predicaments in the Netflix web series. Sacred Games stars Nawazuddin Siddiqui and Saif Ali Khan in the lead and is all set to return on August 15 on Netflix.

Talking about her character Jojo, Surveen said, “This is an analysis I did only a few weeks ago, while I was reflecting upon Jojo when I went to dub some portions. I realized how damaged she was! I asked Anurag Kashyap, 'Why did she do this?' I realized, while I was shooting, I was confused and I let the character be without trying to find a logic as to why she was doing that. It was difficult to play Jojo at a time when I was pregnant. You are trying to find an end to your emotions and you don't have it. It is not the best place to be in when you are pregnant. I wanted to sometimes just run away from it.”

RECOMMENDED READ: 'At home, no one listens to me. So you can imagine my dilemma': Pankaj Tripathi on playing a godman in Sacred Games 2

Talking about working with Anurag, Surveen said, “I have worked with Anurag in the past and I trust him. If he asks me to jump, I will ask him how high? That's it. The season one length didn't matter to me. I had absolute confidence in the fact that they were going to do something fantastic with her.”

The first season of the hugely popular web series was directed by Anurag and Vikramaditya Motwane but the second season is helmed by Neeraj Ghaywan along with Anurag. The web series is based on the novel of the same name by Vikram Chandra.