Anushka Sharma has lately been focusing more on her production ventures. After proving her mettle as a producer with content-driven films like NH10, Phillauri and Pari, the actress ventured into the digital space in collaboration with Netflix and Amazon Prime last year. While it was recently revealed that Laila Majnu actors Avinash Tiwary and Tripti Dimri will star in her Netflix Original Bulbul, the details of her first Amazon show has been kept under wraps so far.

Now, Peepingmoon.com has exclusively learned that Anushka's Amazon show which is a Delhi-based investigative drama has been titled, Jamuna Paar. "It's an investigative thriller that also acts as a scathing commentary of modern day Indian society and politics," a source close to the project said. "NH10, Udta Punjab and Sonchiriya writer Sudip Sharma has created the series besides writing it with Trapped writer Hardik Mehta who's also making his directorial debut with Rajkummar Rao and Janhvi Kapoor starrer, Roohi Afza."

Recommended Read: Anushka Sharma to produce a web-series based on rape-accused Tarun Tejpal’s novel The Story of My Assassins?

We have also got the details of its cast and as per sources, this crime-based political drama stars Gul Panag (Ambarsariya, The Family Man, Bypass Road), Jaideep Ahlawat (Gangs of Wasseypur, Raazi) and Neeraj Kabi  (Talvar, Sacred Games) in the lead. The series also has Stree fame Abhishek Banerjee, Punjabi actor Jagjeet Sandhu and Swastika Mukherjee in pivotal parts. 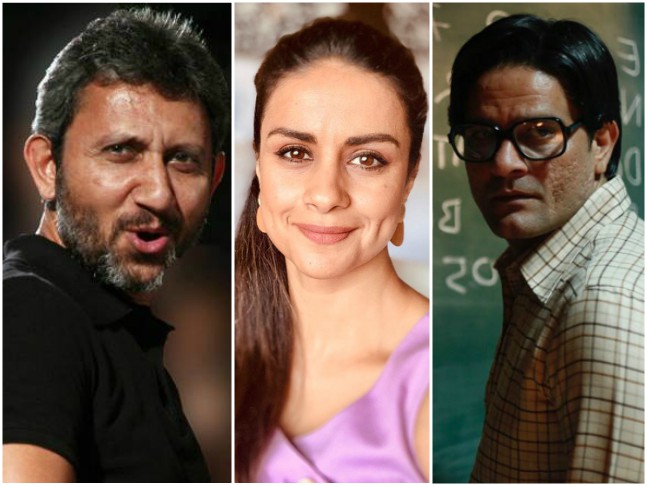 The source further informed us that the show is based on journalist-turned-author Tarun Tejpal's novel, The Story of My Assassins which is based on actual events and follows a journalist who decides to investigate five hit-men hired to kill him. "The series is made along the lines of US show, True Detective and is being planned as a multi-season show if the first season performs well. This season, however, has 10-episodes and focuses on one particular case."

Prosit Roy who's helmed Pari for Anushka's banner earlier has jointly directed this series along with cinematographer-director Avinash Arun of Killa fame. The show went into production in February and was wrapped up early this week after shooting for over four months in various locations of Delhi, Mumbai, Gujarat and Madhya Pradesh. It's likely to stream online by the year-end or early 2020.