Advertisement
HomeWEBCASTI respect Ishaan’s opinion as much as I would my father’s: Shahid Kapoor on what he has learnt from his younger brother

I respect Ishaan’s opinion as much as I would my father’s: Shahid Kapoor on what he has learnt from his younger brother

In a recent candid conversation, Shahid Kapoor talked about his relationship with his younger half-brother Ishaan Khatter and said that he respects his opinion as much as he does of his fathers. Shahid appeared with his BFF Kiara Advani, on the Colors Infinity chat show BFFs with Vogue.

Host Neha Dhupia asked, ‘I know on most places people would ask what he (Ishaan) learns from you, we want to know the reverse. What does someone like you, you have been in the business long enough. What do you learn from Ishaan because he is already making waves’ To this Shahid said, ‘There’s always more to learn from people who are younger than you. Because they are more with it, so to say and you obviously learn from experience, so obviously I have learnt a lot from my parents but with Ishaan, it’s always a fresh perspective. I think Ishaan and Mira fall in the same category, they are also kind of the same age so their opinion is kind of invaluable and they’ll always tell you something that you don’t expect, like it will always be something different and that helps you understand and stay connected with that age group.’

Baby boy I always got your back.

Further he added, ‘Ishaan and me talk like friends, there is no younger brother elder brother when it comes to work. We talk about movies, he is very obsessive about his analysis of my performances so sometimes I am scared to ask him what he thought of my performance and I am limited in how much I tell him about his, because he is new and I don’t want to be that overbearing brother who has too much of an opinion. I don’t want him to feel influenced by my opinions because I know that my opinions are important to him. I want him to find his own personality, and be himself. 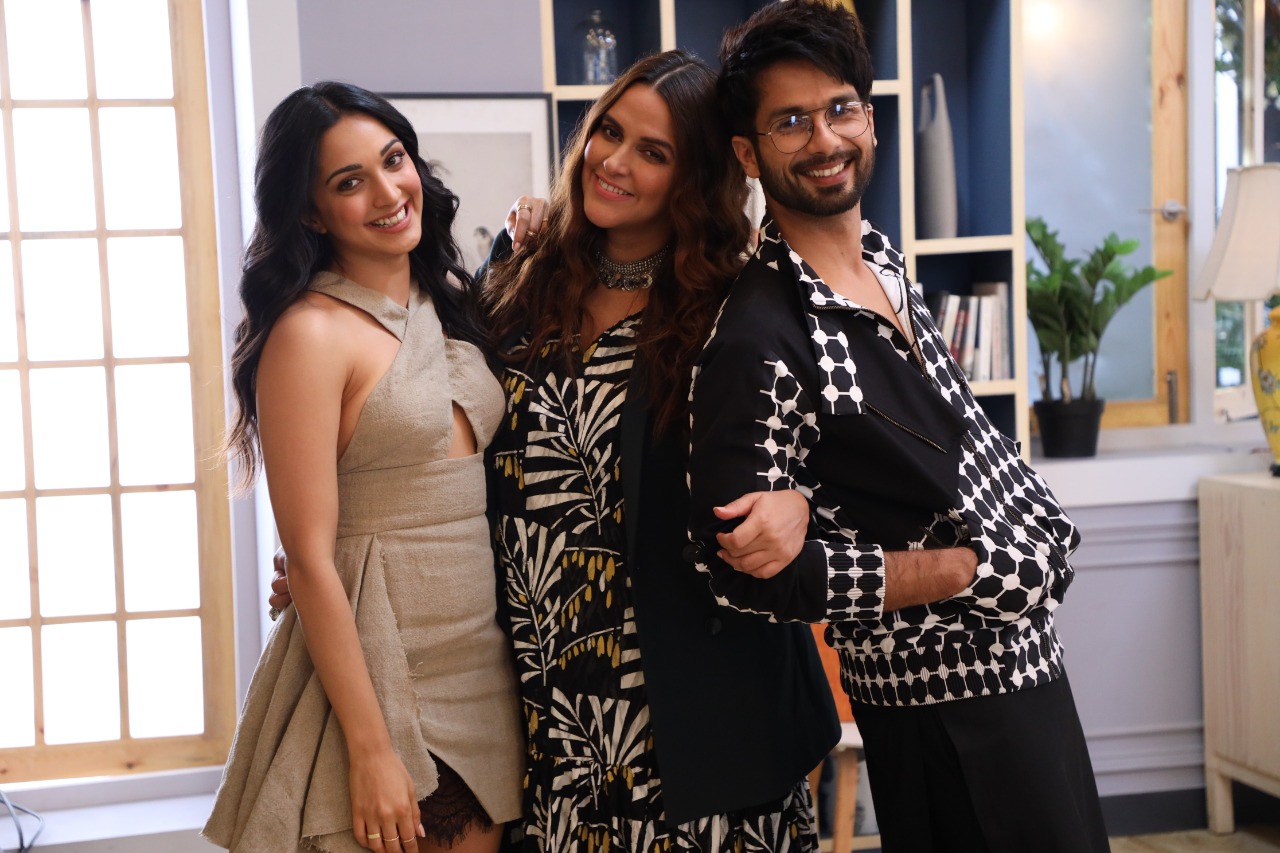 Shahid also said, "Even when they were promoting Dhadak and Beyond the Clouds, I was very away from it because I very strongly felt that he needs to go and find his own identity. People need to relate to him as him because this whole brother-sister mother-father that’s all very nice for a little bit and after that people want to, either you build a relationship with them as an artist or you don’t. And I always felt he had the potential.’ Shahid Kapoor on BFFs with Vogue

Shahid went to add, ‘He is very talented, I just hope he keeps his head on his shoulders and he focuses on his work. And he has got success young and he has got it early. I have been there so I understand the good and the bad of it. And I will always be there in case I feel he is doing something which he shouldn’t be, because I have learnt from my own mistakes so he has that advantage of having me there. What I learnt from him? I respect his opinion as much as I would my father’s because it’s relevant in different ways.’

'It was a life-changing and defining moment,' says 'Avrodh: The Siege

People are spitting fire against one another: Angad Bedi on Janhvi Kapoor’s Gunjan Saxena biopic getting online backlash

Vidya Balan aka 'Shakuntala Devi' attempts to decode the secrets of Abhishek Bachchan's 'Breathe: Into The Shadows'

As we said it! Bobby Deol's Prakash Jha directorial 'Aashram' to premiere on August 28, 2020; first look out

Photos: With her mask and gloves on, Katrina Kaif sweats it out during a cycling session with sister Isabelle Kaif