Vikram Malhotra led-Abundantia Entertainment has acquired the rights to popular Indian thriller author, Vish Dhamija’s, much sought-after Rita Ferreira series. The deal comprises three books Bhendi Bazaar, Doosra, and Lipstick. Abundantia plans to adapt the books into a multi-season, premium original digital series. Author Vish Dhamija says, “The tough-as-nails, sharp-as-a-tack, Jim Beam drinking, a female cop is not your conventional investigator. In a world dominated by male protagonists, many believed that Rita would not be accepted. But her popularity with readers across age groups and segments has proven otherwise”.

Set in Mumbai, the books follow DCP Rita Ferreira whose methods may be unconventional but her track record is unmatched. The gripping narrative involving Rita and her team, battling the world of crime, is enough to keep you at the edge-of-your-seat. The page-turning books have also featured at the top rung in much notable crime, thriller, and mystery best-selling lists. 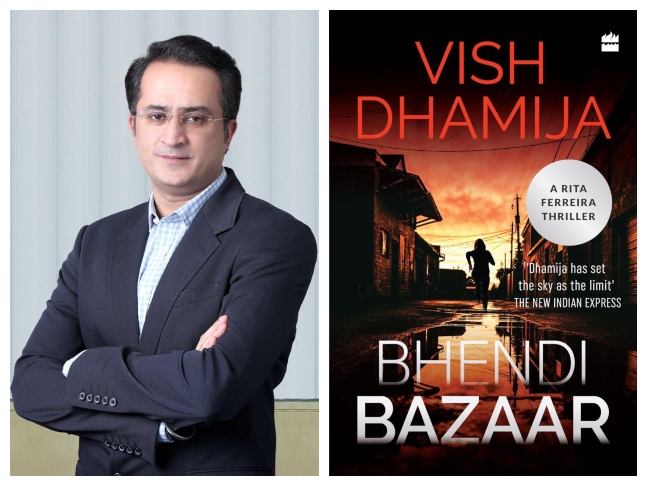 Vish further adds, “Out of all the characters I’ve ever penned, Rita Ferreira remains the most realistic, and closest to me. I always believed that my characters should have the personality, the pizzazz, the complexity, and the gravitas to carry the story further than even an author ever can, and the fact that Rita Ferreira thrillers have been picked up for a multi-season show is a testament to my belief in and readers’ love of Rita. For the Rita Ferreira books to be chosen over so many others in the genre by Abundantia and Vikram is simply an indescribable feeling for me for once I am an author at a loss of words.”

Abundantia has given Bollywood some genre-breaking content like Airlift, Baby, Toilet: Ek Prem Katha and the Original Series Breathe, is currently in process of developing the books into a show.

Producer Vikram Malhotra says, “Crime is a genre that viewers all over the world can’t get enough of. And when you add a unique and compelling central character to it, you have all the makings of gripping story-telling. From the first time that we read Vish’s books, we knew that we had to bring Rita Ferreira to life. Flawed but fabulous, Rita is one-of-a-kind in a world full of clichés! A top-notch writers room is being put in place for this show as we aim to recreate and enhance the world of Rita Ferreira for her fans.”