Priyanka Chopra and Sonam Kapoor both are well known in the fashion fraternity given their love for everything stylish. They can nail any given couture with ease and panache. These two divas are someone who we can look up to for style inspirations, every time.

We know it’s a style war when two ace fashionistas rock their versions of the same outfit differently. PeeCee recently was spotted on the streets of New York along with hubby Nick Jonas and pooch Diana. For her outing with hubby Jonas and darling Diana, she opted to sizzle in a Sabyasachi creation which was donned by Sonam earlier in May. 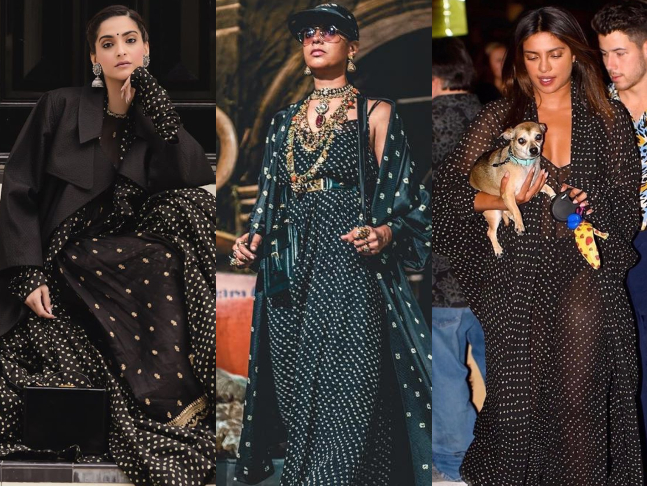 Recommended Read: Twinning and Winning! Karisma Kapoor or Amrita Arora, which diva’s floral outfit will you pick for your date night?

For her London escapades, Sonam flaunted an ethnic version of this Sabya ensemble. She teamed up her polka dot kurta with a pair of wide-legged trousers a long shrug a black overcoat and a statement Sabya belt. She opted for a traditional look pairing a pair of silver jhumkis. A braided hairdo along with kohl-rimmed eyes and a minuscule bindi added an elegant touch to her ethnic attire. 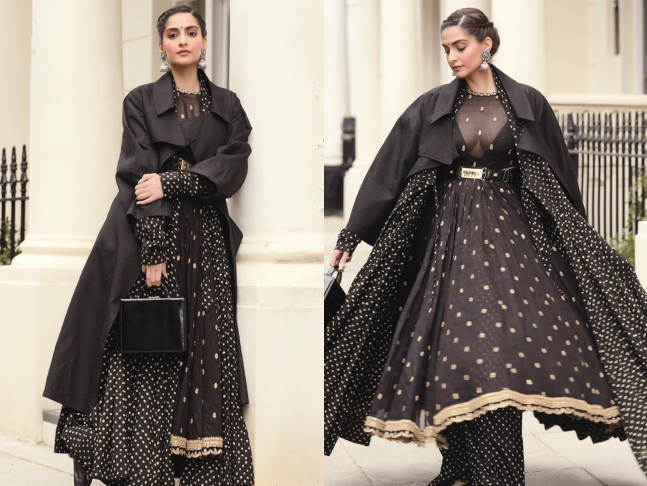 While Sonam wore the Sabyasachi dress in a traditional way, Priyanka decided to give a trendy and a western touch to the attire. She paired her sheer maxi dress with a shrug. Chopra skipped accessories and let the sexy version of her mesh dress do the talking. With brown lips and mid parted straight tresses, she made everyone stop and stare!

So, it all comes down to this…which version of this Sabya dress did you prefer more?

Ranveer Singh’s blazer or Sara Sampaio's pantsuit; which version of

Katrina Kaif’s subtle sexiness or Amy Jackson’s glam-grenade, which version of the Rasario corset dress do you prefer more?

Bling it on! Deepika Padukone or Kajol, which true ‘blue’ diva outshines the other in this shimmery drape?