Advertisement
HomeSouthNormalize the courage of coming out in public and voicing it out, am a survivor not a victim: Malayalam actress on 2017 sexual assault case against Dileep

Normalize the courage of coming out in public and voicing it out, am a survivor not a victim: Malayalam actress on 2017 sexual assault case against Dileep

Malayalam actor Bhavana Menon, who was abducted and sexually assaulted in Kerala in 2017, a case where actor Dileep is the main accused, has spoken about her ordeal and her journey from being branded a ‘victim’ to now being able to call himself a ‘survivor’. She spoke about breaking the silence about sexual assault and normalising women to speak up in a recent interview with journalist Barkha Dutt at We the Women Global Townhall 2020 on latter’s digital platform Mojo Story.

The actress spoke about the ordeal she went through after the incident, the court case, the trial by media and the hate that she received on social media. The actor was kidnapped and allegedly sexually assaulted inside her car for two hours by some of the accused, who had forced their way into the vehicle on the night of February 17, 2017 and later escaped in a busy area of Kochi. The perpetrators even filmed the entire incident to blackmail the actor. There are 10 accused in the case including Dileep, one of Malayalam industry’s biggest actors who was arrested and later let out on bail.

"It was a constant chaos in my mind, why did it happen?" #BhavanaMenon shares her victim to survivor journey with us at The Global Townhall earlier today. Watch the first time she ever opens up on camera to share her story: https://t.co/u751Q2aWc6 pic.twitter.com/Dv72r0Wlga

Speaking about where she draws her courage from, Bhavana said, “It makes me very angry and very sad (that perpetrators of sexual assault get rehabilitated)… It’s not every day that I feel empowered and ready to fight. So many days, I have wanted to give up… We must normalise the idea of the person who has gone through a trauma coming out in public and voicing it out. We must normalise that as a society, normalise that courage.”

Speaking about the trauma that followed after the incident, she said, “When it happened, my whole life turned upside down. My mind was constantly searching for somebody or something I can put the blame on. It was a constant chaos in my mind… Why did this happen? Why me?… So many questions…”

"I was devastated, something so unfortunate happened to me in my life and I was broken into a million pieces and I was trying to pick those pieces up and stand up," #BhavanaMenon on what it was like to be trolled on social media after she decided to own her battle. pic.twitter.com/Ith1tQ5HyJ

Speaking about the trial, which began in 2020 and is on at a special court in Kochi, she said, “When my trial (in the court) happened, I had to go to court for 15 days. It was a different, dramatic experience altogether. On the 15th day of the trial, I came out of the court feeling like a survivor. I realised that I am a survivor, not a victim anymore. I am not just standing up for myself, (but) also for the dignity of all the girls who come after me. That was the time my mind convinced me that I am a survivor, not a victim. So many times, so many days, I just wanted to give up and maybe, go somewhere else, maybe a new country and start a new life.”

Narrating the rollercoaster of emotions that she still undergoes, the actress said, “I have mixed emotions. I am still scared… the system, this fighting for justice is never easy. When I think about the trial and everything, I have this fear inside me. Sometimes I’m really sad, sometimes I’m frustrated. Sometimes I’m so angry, mad. I have all these emotions together. I used to think that it’s like a long nightmare once I get up and in the morning, everything will be back to normal. I desperately wanted to go back to the time before it happened, so that I could change everything. That my life would be normal.” 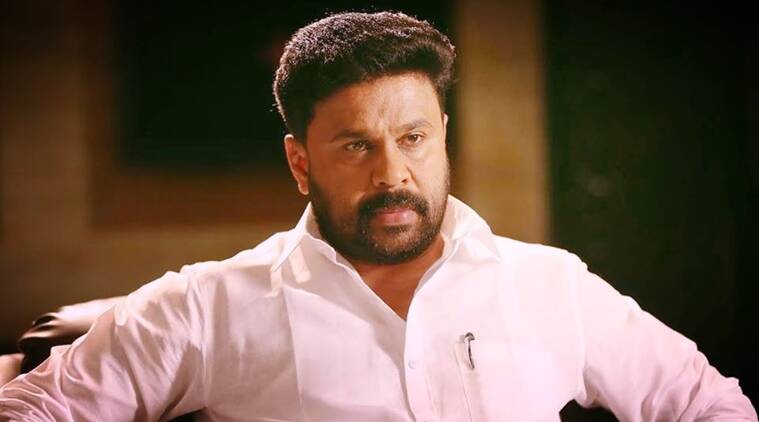 Earlier this year in January, Bhavana spoke out publicly for the first time in an Instagram post, revealing her identity as the ‘survivor’ of the sexual assault and speaking up about the toll the incident took on her. In her post, she wrote, “This has not been an easy journey. The journey from being a victim to becoming a survivor. For 5 years now, my name and my identity have been suppressed under the weight of the assault inflicted on me…To see justice prevail, to get wrongdoers punished and to ensure no one else goes through such an ordeal again, I shall continue this journey.”

Speaking about the attack on the show, Bhavana spoke about how several people blamed her and said, “There was also propaganda that I staged it, and that the case is fake… I was devastated… While I was trying to pick up the pieces, trying to stand up and face life again, these kinds of things were pulling me down… It was hurting and painful.” However, support also poured in for Bhavana from friends, family, the Women’s Collective in Cinema (WCC) and even people from the industry, she said. “After the incident, many offered me work and insisted I come back (to work). Aashiq Abu, Prithviraj, Jayasurya and others offered me work but I turned them down because I couldn’t come back to this industry and work as if nothing had happened. I was not in the right state of mind. I worked in other language films. Now, I have also started listening to Malayalam scripts.” 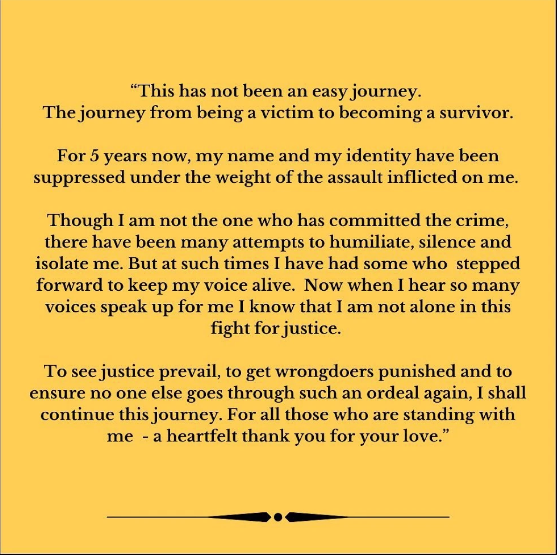 She said that she is remaining strong and will fight till the end and said, “I would rather give a strong fight without worrying about the outcome. It is really overwhelming to see the kind of support and love from my family, friends and audience. I had to go to the court for 15 days, sitting in the court from morning to evening. … I was trying to prove that I didn’t do anything wrong and that I am innocent. I am still scared… fighting for justice is never easy. I have to thank my family, my husband, friends, and audience. I will continue to fight this until the end….”

She has received support from actors like Parvathy Thiruvothu, Rima Kallingal, Manju Warrier, Mohanlal, Mammooty, Konkona Sensharma, and Richa Chadha, and filmmaker Zoya Akhtar, among others.