Advertisement
HomeSouthI call Samantha Ruth Prabhu 'jiji', how can there possibly be a link-up between us; Naga Chaitanya's statement would have made a lot of difference: Stylist Preetham Jukalker

Samantha Ruth Prabhu has been targetted by trolls after she announced her separation from Naga Chaitanya on October 2 after 4 years of marriage. The decision was taken mutually but the actress has been facing the heat on social media. Right from affairs to abortions, netizens were incessantly spreading false rumours. Some even accused her stylist Preetham Jukalker and assumed that he has an affair with Samantha.

Now, in an interview with a leading daily, Preetham broke his silence and told that he calls Samantha 'Jiji' (sister). "Everybody knows that I call Samantha as ‘Jiji’ which is a north Indian term for sister. How can there possibly be a link-up between us? People are commenting how I can say ‘I love you’ to her. Can’t you express love for a sister or a friend? How can people stoop so low and spread such malicious rumours when a woman is already hurting. This is just disgusting and heartbreaking," Preetham told. 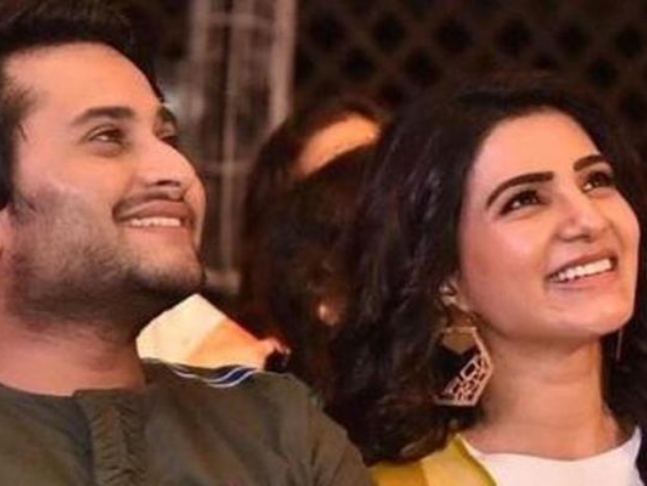 Recommended Read: Samantha Ruth Prabhu was planning for a baby with Naga Chaitanya, she wanted to be a mother & that was her priority: Shaakuntalam producer Neelima Guna

Preetham, who has known Samantha and Chaitanya for years now, said one statement from the latter would have helped in clearing the misconception. "I’ve known Chaitanya for years. He too knows the kind of relationship that Samantha and I have. I feel that he could’ve spoken up and told people not to comment like that about Sam and me. Even if he had issued one statement, it would have made a lot of difference. Right now, it’s these so-called fans who are making these statements and spreading false rumours. I think a statement from Chaitanya’s side would’ve helped keep these people in check," Preetham added.

He further added that he has been receiving death threats from unknown people. "I’ve been constantly receiving death threats from unknown strangers. My DMs are filled with abuses and threats. Some say that they will destroy my career, others are saying that they will kill me if I step out of my house. Some of the websites even claimed that my mom passed away, when she is very much alive. How insensitive can you get? For two days of masala, they have even killed my mom. I’m not going to back down. Nothing is going to stop me from standing up for myself and my friend. Samantha is hurting right now and I will stand by her. I’m not afraid of these faceless trolls," he said.

A few days ago, Preetham shared a cryptic note that indicated Samantha was in a toxic relationship with Chaitanya. When Siddharth took an indirect jibe at Samantha, Preetham stepped forward in her defence.

I am in tears...: Puneeth Rajkumar's wife Ashwini pens an emotional note in her first post after his untimely demise

Samantha Ruth Prabhu shares an inspiring quote on strength, says 'the strongest people are those who win battles we know nothing about'