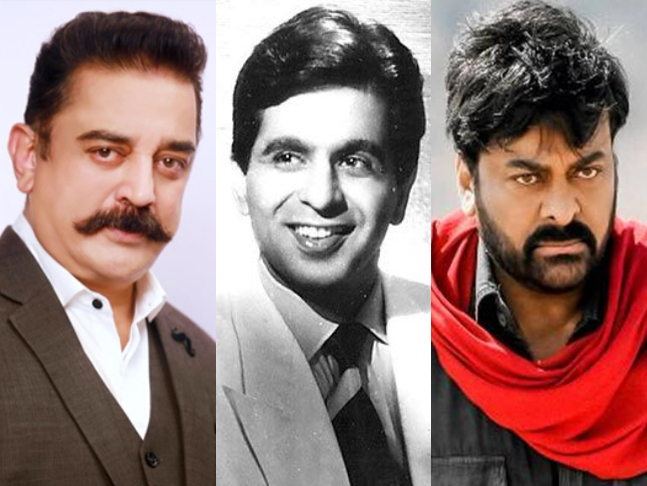 Legendary Hindi cinema icon Dilip Kumar passed away today at the ripe old age of 98 years. With his passing an era has come to an end. His demise left his legions of fans devastated and grieving the loss. Besides Bollywood celebs and TV celebs, South Indian film fraternity also paid tributes to the cinematic icon today popularly known as the Tragedy King and the First Khan.

A huge loss to Indian cinema. #DilipKumar Ji you will never be forgotten
My heartfelt condolences to his family.

Dililp Kumar saheb. A career that teaches many actors like me a standard and commitment to maintain in their performance. Truly one of the greatest actors of India leaves us today but leaves us with a treasure trove of his brilliance through his acting. (1/2) pic.twitter.com/PNdBzjYj7R

An Era comes to an END in the Indian Film Industry.Deeply Saddened by the passing of LEGEND #DilipKumar Saab. One of the GREATEST Actors India has ever produced,an Acting Institution & a National Treasure. Enthralled the world for several decades.May his soul Rest in Peace. pic.twitter.com/f5Wb7ATs6T

Dilip Kumarji was the doyen of Indian Cinema and will forever be remembered.
Condolences to his family and friends. May the legend's soul rest in eternal peace. pic.twitter.com/s8kRj8cFdw

A timeless legend.. His towering brilliance will continue to be an inspiration to actors all around the world. A huge loss for Indian cinema...Rest in peace #DilipKumar Sir. You will be terribly missed pic.twitter.com/N2NWjazqKz

Legendary Dilip Kumar garu no more . May his soul rest in peace . His contribution to Indian Cinema is unparalleled . An inspiration to actors across generations and generations to come . Dilip Saab will always be cherished , celebrated & missed . #DilipKumar pic.twitter.com/si58mEVYDA

Dilip Kumarji was the doyen of Indian Cinema and will forever be remembered.
Condolences to his family and friends. May the legend's soul rest in eternal peace. pic.twitter.com/s8kRj8cFdw

Dilip Kumar Saab's contribution to the growth of Indian cinema is priceless. Rest in Peace sir. You will be missed

A legend … an Inspiration… thank you for living a wonderful life #DilipKumar ji … RIP … pic.twitter.com/F1uiXHzxsb

Dilip Kumar Saab, very few people have influenced Indian cinema the way you did. We have watched your movies and learnt from you.
Rest in peace Sir
My heartfelt condolences to Sairaji. pic.twitter.com/u9V5CE81iE

One of the greatest actors the world has ever known has left us. A giant tree has fallen. I pray for the soul of legend #DilipKumar sahab. I also pray today's generation learns about and celebrates him. He is forever. pic.twitter.com/UKetoz8KIM

His contribution to this industry is unmatched
My heartfelt condolence to the family in these tough times.
May his soul rest in peace.
His legacy lives on. pic.twitter.com/4lQDF2Xb7f

Dilip Kumar Sir is no longer with us! He was and always will be a legend.
His legacy will continue to live in our hearts! My heartfelt condolences to his family and friends #ripdilipkumar pic.twitter.com/oelJYdGwj8

The legend bids Adieu. For me it’s a personal loss, we started our career from you at #FTII Thank you for all those wonderful timeless performances. Rest In Eternal Peace sir pic.twitter.com/GVS1NPxPpo

The world hailed him as the greatest actor of all time,a brilliant orator and an epitome of unaffected simplicity.He will remain an inspiration to many generations of actors and an enigma to me.Legends live forever!!
RIP DilipKumarJi.. pic.twitter.com/DAHdfopMqu

End of an era. I will cherish the memories of my childhood spent with you like a treasure. You will remain the Hero of people world over forever.. Rest in peace Yusuf uncle. #DilipKumar #RIP pic.twitter.com/KW7w9LFukj