Ending his four-years-long silver screen exile, Ranbir Kapoor is back with Shamshera. Bringing director Karan Malhotra's vision alive, the actor pulls off not just one but two larger-than-life characters - Shamshera and his son Balli. The period drama, produced by Yash Raj Films, is set in a far land in ancient times and orbits around a tribal group called Khameran who belong to the Rajputana clan. Under British rule, the homeless tribal group is ill-treated and considered enslaved people. The uncrowned leader of the Khamerans, Shamshera (Ranbir Kapoor) is expecting his child with his wife (Iravati Harshe). Amid this, a local daroga named Shuddh Singh, who works with the British government, strikes a deal with Shamshera to surrender himself and secure independent land for himself, his family and his tribal group.

However, with evil as his middle name, Shuddh Singh betrays Shamshera. Having locked them in a fort belonging to the upper-class tribe Kaza, the Khamerans are tortured brutally. Soon, Shamshera learns that the only way to free his tribe is to offer 10,000 gold coins to the authorities who torture them on daily basis. His search for the gold coins begins. However, Shuddh Singh's army catches Shamshera red-handed and they convince the Khamerans to believe Shamshera was a traitor who was planning to escape despite knowing his tribe is in trouble. 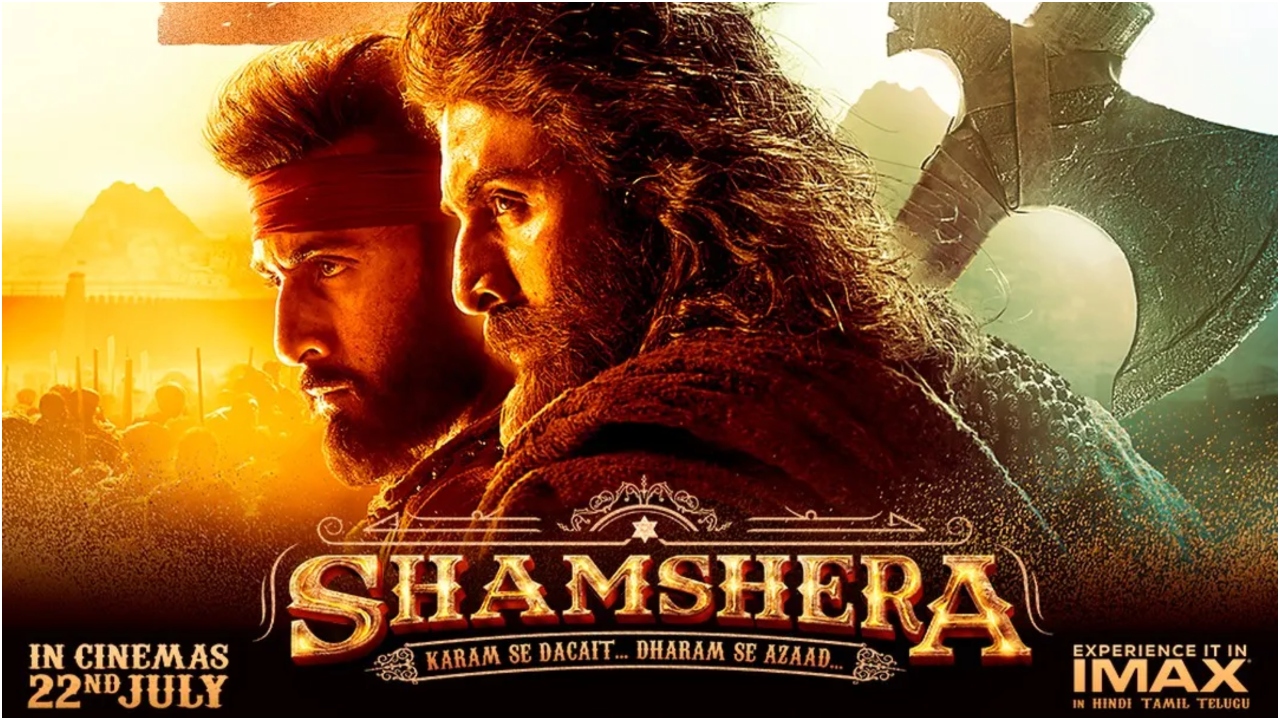 Recommended Read: Shamshera title track: Ranbir Kapoor takes on a father’s legacy and accepts a son’s destiny in this gritty and rousing song sung by Sukhwinder Singh and Abhishek Nailwal

The story takes a 25-year-leap and here's when Shamshera's son Balli (Ranbir Kapoor) is introduced to the audience. Called the 'son of a traitor', Balli has his own battles to fight. His love lady is Sona (Vaani Kapoor). Unlike his father, Balli wants to be an officer in the British Government. However, when he meets Shuddh Singh, he gets to know about the injustice done to Shamshera. Hereon, the revenge saga begins.

The climax of the film will give you goosebumps. However, the process of reaching the end is just too tedious. The second half of the film is disappointing as too many storylines make the narrative and screenplay feel confusing and dragged. What does work for the film though is Ranbir's and Sanjay's on-screen combat and enmity that will be remembered for the longest time. 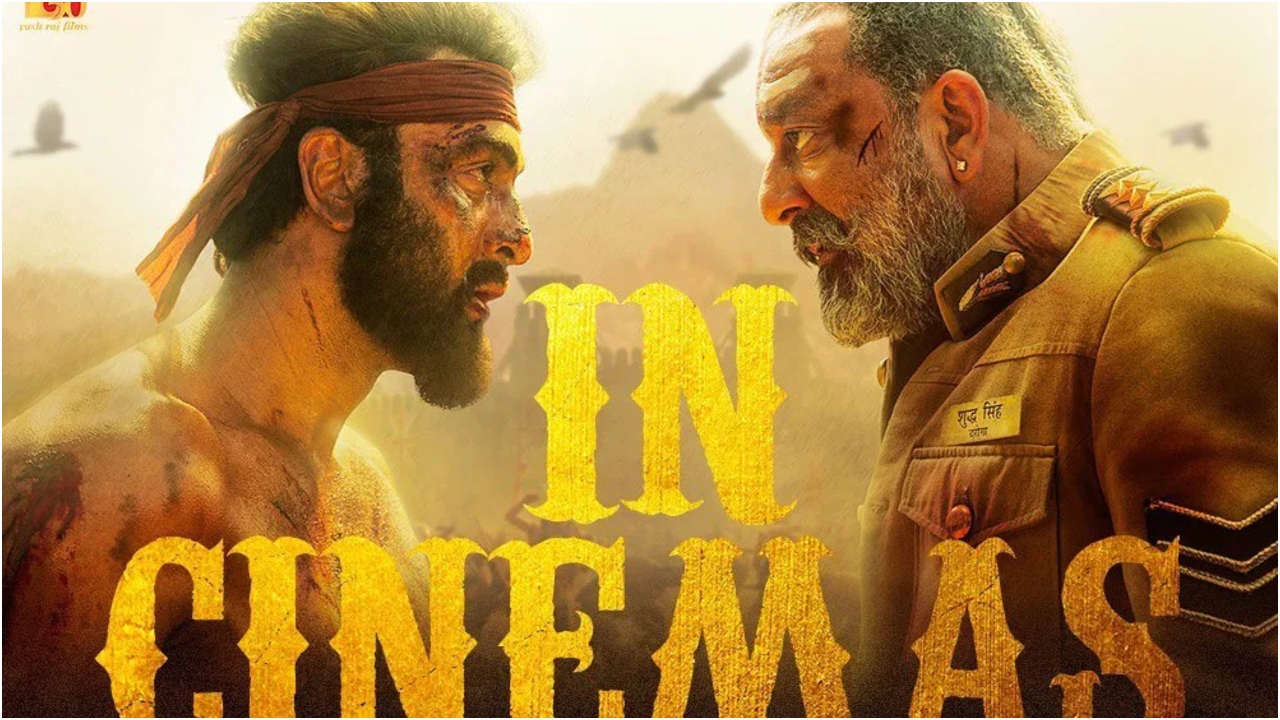 It is not easy to pull off two diverse roles in a film, but Ranbir makes it look like a cakewalk. Yes, his look might not be neat and glamorous, but he breathes life into Shamshera and Balli making both the characters believable and attractive.

Redefining evil all over again is Sanjay Dutt as Shuddh Singh. He is menacing, quirky and deliciously evil. It is the era of anti-heroes and Sanjay stands tall without a doubt. Vaani Kapoor doesn't have much to do in the film. Her chemistry with Ranbir is the only memorable aspect of her character Sona. However, her dance sequences are as larger than life as the spectacular film. The supporting cast including Saurabh Shukla, Ronit Roy and Iravati Harshe gives solid support to the story of Shamshera. 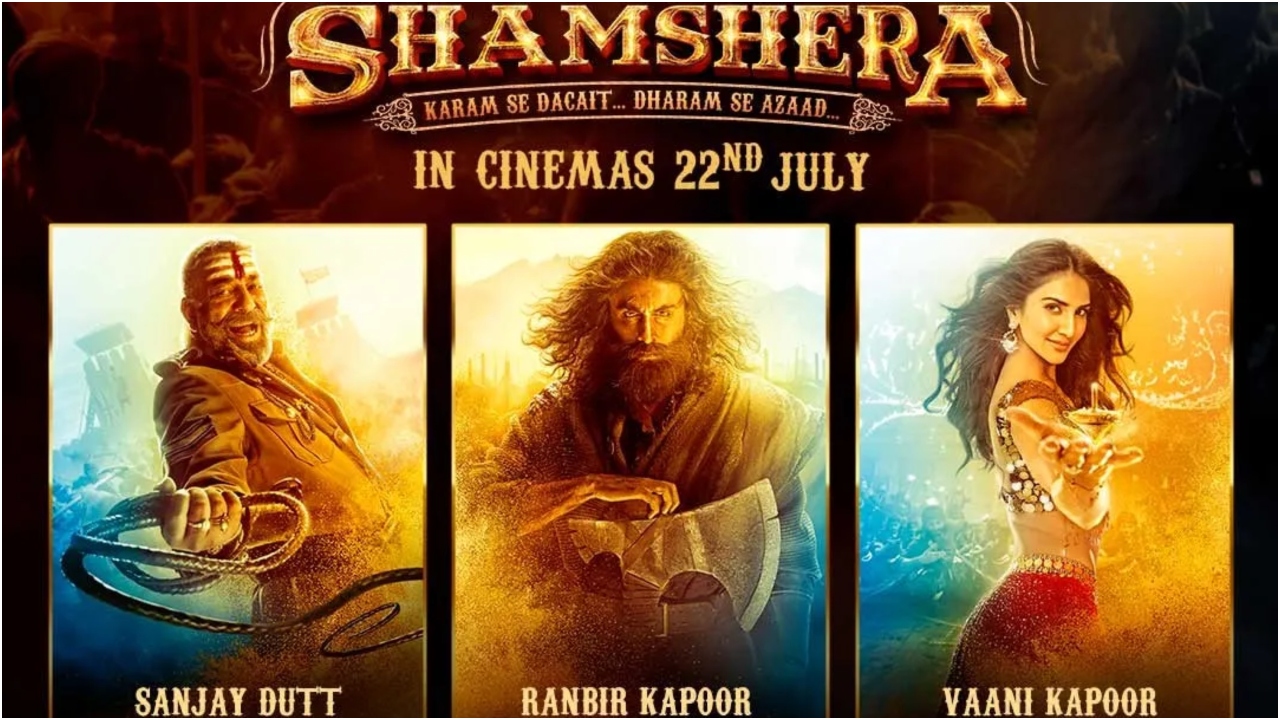 The screenplay is thrilling and exciting but in bits and pieces, making it a decent big screen experience. While the first half of Shamshera is engaging, the post-interval events feel dragged. But brownie points to the effortless cinematography by Anay Goswamy. The editing by Shivkumar V. Panicker, however, could have been much better. Don't be surprised if you find yourself yawning towards the end of the film. The background score and music by Mithoon is as good as it gets and complements the storyline.

Watch Shamshera for the epic battle between RK and Sanju Baba!