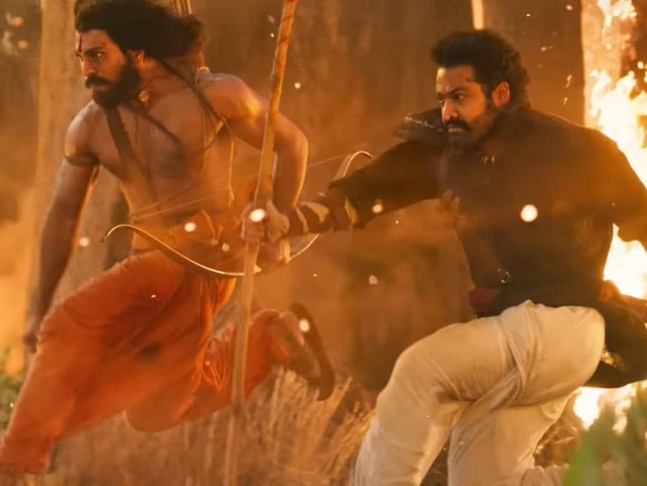 Minimalism, according to SS Rajamouli, is larger-than-life mansions, heroes fighting ferocious animals and thick red blood trickling down eyelids. These are some of the cinematic aspects he has used in his latest magnum opus RRR. The high on drama period film based in the pre-independence era is masterfully headlined by Nandamuri Taraka Rama Rao Jr. (NTR Jr.) and Ram Charan whereas Alia Bhatt, Ajay Devgn, Olivia Morris, Alison Doody and Ray Stevenson are in supporting roles.

While Rajamouli’s last film Bahubali was about a fictitious hero and his kingdom, RRR orbits around two legendary revolutionaries named Alluri Rama Raju (Ram Charan) and Komaram Bheem (NTR Jr.). Rama Raju is an Indian cop who serves the British rule, governed by Scott Buxton (Ray Stevenson). The dutiful cop can go to any extent to prove his worth, even when his bravery and courage don’t get acknowledged. On the other hand, Akhtar/ Komaram Bheem’s only aim is to rescue his sister Malli, a young tribal girl, who is in the custody of Scott and his bloodthirsty wife. Unknowingly, Rama, who is on a mission to track down foes of the British Government, befriends Bheem. In order to free Malli from the clutches of the Brits, Bheem grows close to Jenny (Olivia Morris), a member of Scott’s family. Rama plays an important role in bringing them together. Though very little about his love life is known, Rama is married to his childhood friend Sita (Alia Bhatt) whose wait for her partner’s return to their village is painfully tough.

Rama’s and Bheem's friendship is known to the entire neighbourhood. But what happens when fire and water clash after learning about each other’s identities? Will their friendship be cut short? What’s Rama’s purpose behind serving the British army? SS Rajamouli answers all these questions over 3 hours and 1 minute. 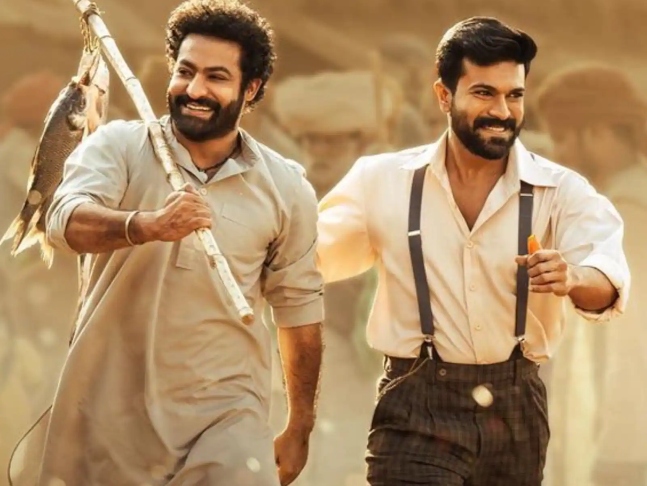 Expectations from Rajamouli were naturally high, especially after the humongous success of Bahubali. Fortunately, the filmmaker doesn’t disappoint. Painting his canvas with vibrant shades of orange, red, blue, green and black, Rajamouli makes his film nothing short of a spectacle. While RRR is well-packaged with superior visuals, production value and cinematography, it never loses its grip over the story. Not only once, but you will find yourself clapping, cheering, laughing and spellbound on multiple occasions.

The introduction sequences of Ram Charan and NTR Jr. are thrilling, magnificent and heroic. The sequence where the heroes meet is a rare beauty. As they rescue a young boy on a boat surrounded by fire, we get to see them wave a flag that reads Vande Mataram, a sentiment that ties them together. The pre-interval sequence is also a masterpiece that Indian cinema shall never forget. 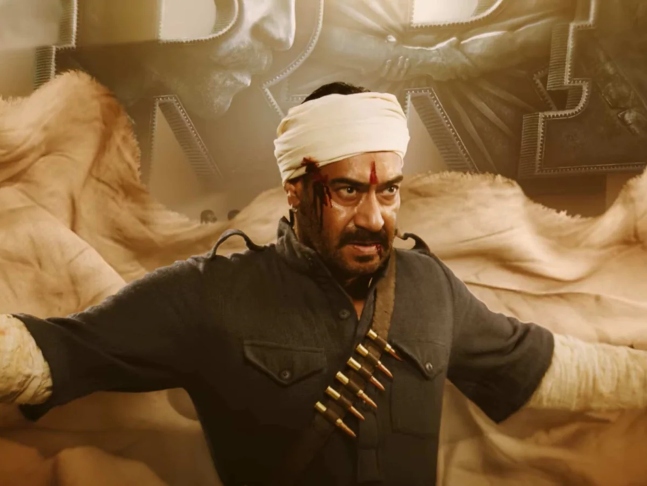 Performance-wise, NTR Jr. gets the more physically and emotionally challenging role and he delivers it effortlessly. Right from understanding the emotional depth of the character to translating it on screen, he brings alive Rajamouli’s vision flawlessly. NTR gives his 100% in all action sequences; watch out for his introduction scene and pre-interval sequence, he will leave you surprised.

Ram Charan as Rama Raju shines throughout the film. His charming smile will make women go weak in the knees whereas his brawny avatar will leave you wanting for more. His physical transformation for the thundering climax is noteworthy. He steals the show in the dramatic and high-on emotions scenes.

The heavy-lifting is done by NTR Jr. and Ram Charan and their performances will keep you hooked to the screens. Not to forget their exceptional dancing skills in the grand Naatu Naatu song that looks pitch-perfect on the big screen. 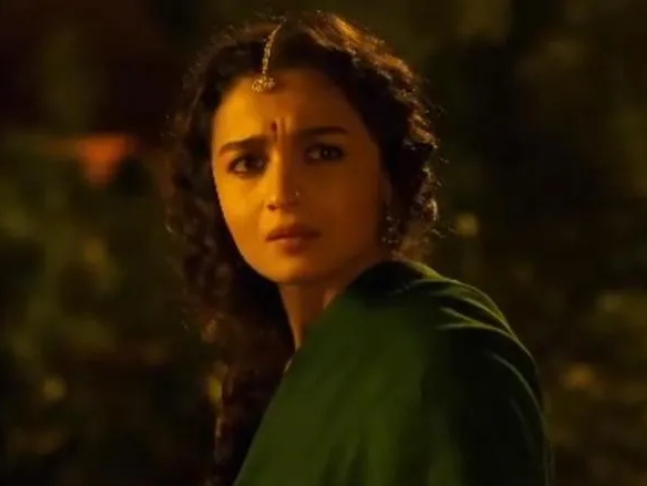 Ajay Devgn has a brief role but he leaves behind an impact whereas Alia Bhatt, though wasted, does a decent job in a very small role. Olivia Morris as Jenny is likeable and her portions with NTR Jr. will leave a smile on your face. Ray Stevenson as the ruthless Scott Buxton is brilliant.

After a long wait, RRR is finally here. Don’t miss this opportunity as it is worth the wait. If you are looking for logic and the laws of physics, you might not enjoy it. What’s cinema without larger-than-life magic and visuals?

As Ajay Devgn says in the film, “Load, Aim, Shoot.” Rajamouli, NTR Jr. and Ram Charan ‘load’ RRR with grandeur, ‘aim’ at entertainment and ‘shoot’' their labour of love and efforts at the audience.