But the story of the film is not that simple. The 2-hour-8-minute long film follows the journey of elder bhai Vibhooti (Saif Ali Khan) and how he plays a Tantrik for laughs. He is in it for the lolly and the ladies. However, his younger one, all serious and dedicated - Chikoo (Arjun Kapoor), is a believer. He is convinced there are ghosts, and other-worldly creatures, and that their job, as Tantriks is to help people get rid of these evil spirits. In which pursuit, he goes about clutching an old book, and muttering mantras, while Vibhooti rolls his eyes. But things take a U-turn when a scared Maya (Yami Gautam) whistles them up to her Dharamshala tea estate, where she lives with her sister Kanika (Jacqueline Fernandes) that the game changes. A very scary spirit, called a ‘kichkandi’ is roaming freely. The brothers have to banish the said ‘aatma’ in order to get the petrified workforce to breathe easy. What more? To add to the madness, a cop (Jaaved Jafferi) shows up, just to stir things up. What happens next is a series of events that make the film a laugh riot and a fun watch. 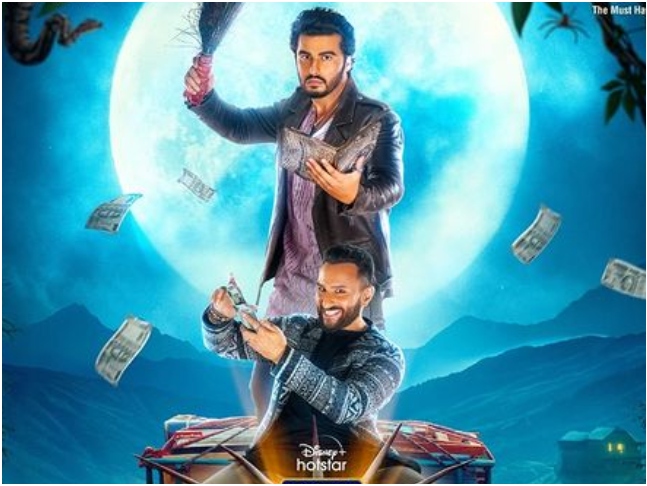 Well, merging horror with comedy is not that easy and it wasn't even a part of Bollywood genres for a very long time so director Pawan Kripalani has definitely taken a risky step here. We all know that Amar Kaushik's Stree was a fine example of merging elements of horror and comedy without making either look frivolous. While Bhoot Police hopes to cope up, It manages to impress us only in bits and pieces but the comic timing of the entire film is A1. It would have definitely worked better for the theatre audience as a film of this genre deserves a theatrical release. But they will be back, we are told. So a sequel is definitely in the making - this time maybe for the cinema hall lovers.

Saif Ali Khan is in his best form. He brings back his '90s charm to impress with his comic timing and impromptu acting gig. Lending him full support is Arjun Kapoor. The actor makes sure to leave an impact with his tensed Tantrik role. But it's disappointing to see the actresses - Jacqueline Fernandez and Yami Gautam - have less to offer. But whatever they do, they do with full enthusiasm in the film. Jaaved Jaaferi offers good support to the film with his typical comic andaaz.  But the only comedienne who truly makes an impression here is Johnny Lever’s talented daughter Jamie Lever. Her character singing Aishwarya Rai’s dreamy romantic number Aao Na, while her husband struggles to take a dump will have you rolling with laughter. 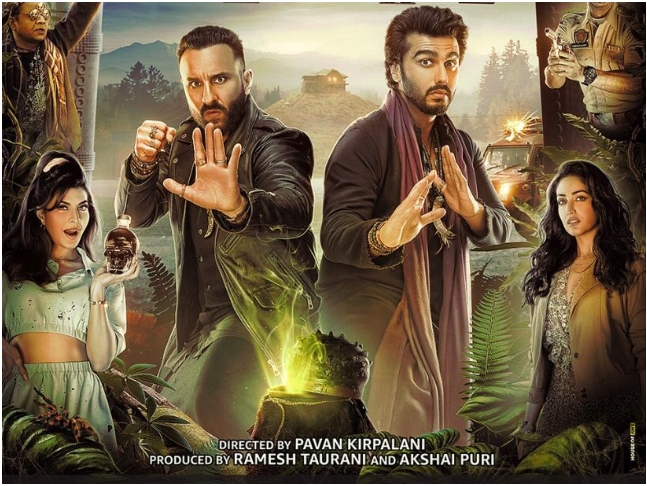 Director Pavan Kirpalani gives it his all and the horror-comedy does have its moments but the childishness outruns the quirkiness. Writers Pooja Ladha Surti, Sumit Batheja & Pavan Kirpalani have done a job well done. Jaya Krishna Gummadi's cinematography is pleasing while editing by Pooja Ladha Surti is up to the mark. Music by Sachin-Jigar steals the show and matches to the theme of the film. 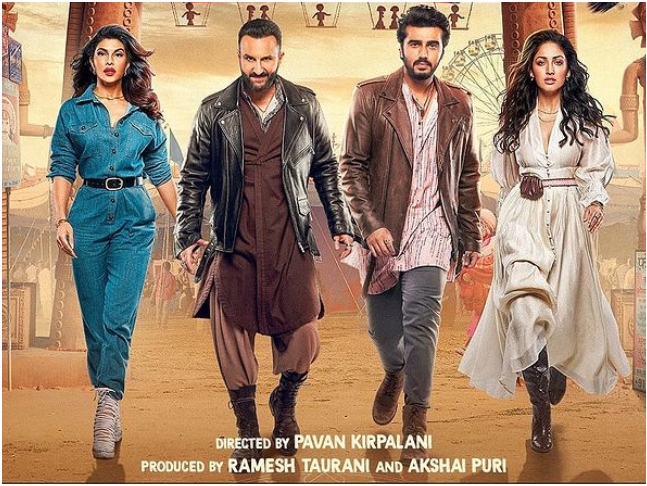 Anek Review: ‘Hindustan Jeetega’ with Ayushmann Khurrana in this r