Bollywood filmmakers are clearly fascinated with films that revolve around a flight hijack. After Sonam Kapoor Ahuja's Neerja in 2016, another film set against the backdrop of hijack has released in theatres. Actor-producer Mohit Chadda is starring in debutant Suraj Joshi's Flight. The film also features Pavan Malhotra, Zakir Hussain, Viveck Vaswani and Shibani Bedi.

Flight starts with the news of a flight being crashed and many people losing their lives. The manufacturer of the aircraft is Adityaraaj Aviation Company. Ranveer Malhotra (Mohit) is the good-hearted MD of the company. He agrees to take responsibility for the blunder, however, this doesn't go down well with others. However, amid this, Ranveer has to attend a meeting in Dubai for which he takes his private jet. After downing some expensive alcohol, Ranveer falls asleep. But when he wakes up, he finds himself alone on the aircraft. Even the cabin crew is killed by hijackers.

Flight starts off on a slow note but begins picking pace after 30 minutes. The film majorly highlights the alleged abuse of money and power in the aviation manufacturing industry. Though Flight is a fairly decent attempt, the screenplay by Babita Ashiwal, Mohit and Suraj could have been better. The narration by Suraj also lacks punch. The film loses its fizz pretty early and the humour doesn't work at all.

Flight also suffers from stereotypes. The lead character is a rich, suave businessman who drinks expensive alcohol, travels in private jets and donning sharp suits. Mohit seems to be heavily influenced by Shah Rukh Khan's boyish charm and Amitabh Bachchan's deep baritone. He gets a better character to play in the film in which he is strictly fine. Pavan Malhotra and Zakir Hussain are otherwise impressive actors. But with a poor script in hand, they fail to wow you. 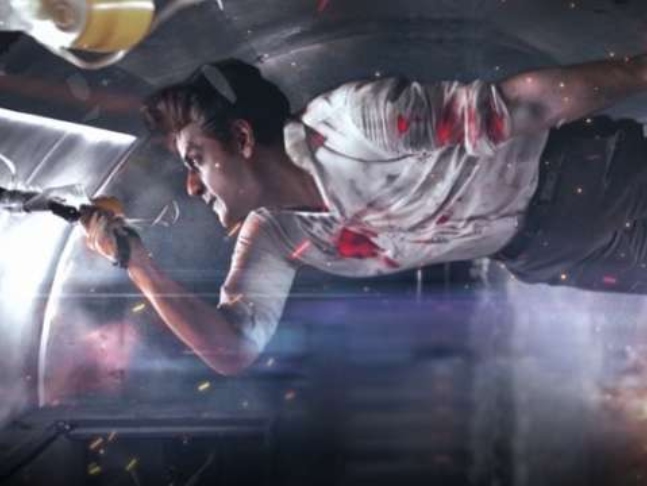 Smriti Minocha’s music is deafening. The VFX is average. The cinematography by Deepak Pandey is decent. Flight is a bumpy and uncertain ride with multiple turbulence. The thriller is strictly a one-time watch.

Radhe Shyam Review: Prabhas and Pooja Hegde's film about love and destiny is a charmer!