Biopics have been trending in Bollywood for a long time now. Joining the bandwagon is Amole Gupte’s Saina, based on the life of the only Indian woman badminton player to become world No. 1 – Saina Nehwal. Playing the role with much dedication, Parineeti Chopra hits it out of the court with her performance. Amole traces the journey of the badminton champion who with her never-give-up attitude inspired billions. Parineeti manages to not just act like Saina but also looks like her in the biographical sports drama.

The 2 hours 13 minutes film showcases Saina’s journey from childhood to her conquering the world of badminton with her hard work and dedication. We then see how Saina, with the support of her parents Usha Nehwal (Meghna Malik) and Harvir Singh Nehwal (Subhrajyoti Barat) and coach Pullela Gopichand (Manav Kaul), manages to rise despite all the odds. Saina is an inspiring tale for all young girls out there who wish to follow their dreams. Pari’s constant voiceover helps to establish the ace shuttler’s journey as a trailblazer who made it big in the sports world even though the odds were stacked against her. The film subsequently highlights her determination and hunger for success. 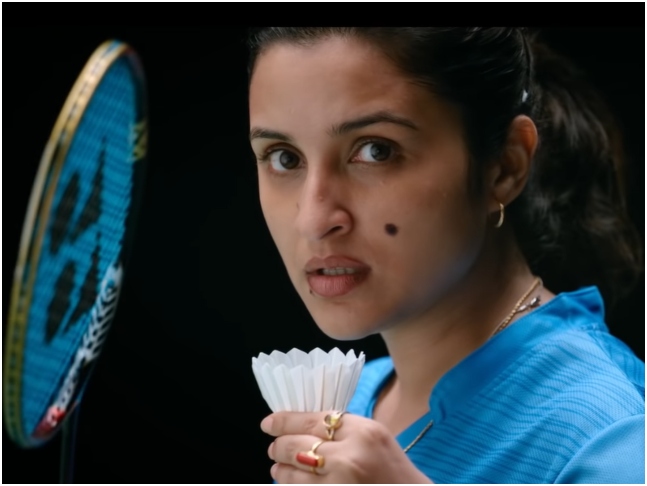 Saina honours the endless hours of work that sportswomen have to put in to succeed. It shows how with the right support from family and coaches, women can reach new heights. It’s a film about hope and honour with a tint of humour. Amole also laces the narrative with warmth and emotion but never unnecessary drama.

The performances are up to the mark. Parineeti aces the challenging role as her body language is top-notch and Haryanvi tone bang on. Her rigorous training to do justice to the character and the efforts seem to have paid off. Acting-wise, Pari breathes life into Amole Gupte’s Saina. It wouldn’t be wrong to say the biopic might be a game-changer for her. Brownie points to the actress for effortlessly slipping into Saina’s role physically as well. She has done a great job at managing her weight, first putting on some kilos and then shedding them. A shout out also to  Parineeti’s stylist and hair-makeup artist who studied Saina’s looks on and off the court and made sure no stone went unturned in Parineeti’s transformation. 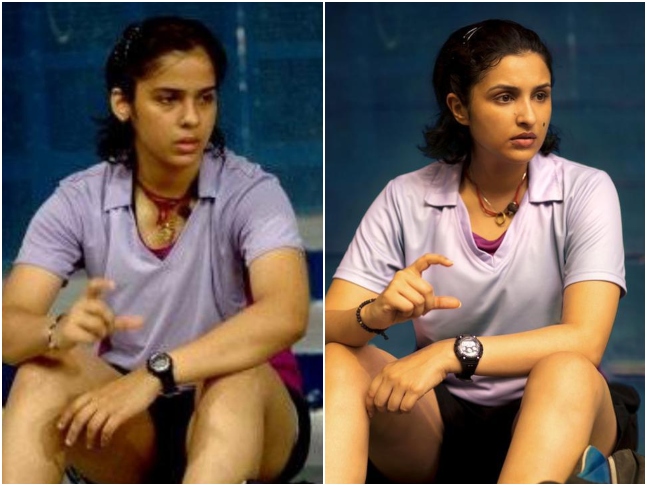 The supporting cast including Manav Kaul, Meghna Malik and Subhrajyoti Barat do full justice to their roles. Hats off to the casting director for adding on to the film’s charm by casting apt actors.

Amole Gupte’s direction and screenplay flawlessly bring out a story that is emotional, inspiring, and thoroughly engaging. Dialogues by Amitosh Nagpal are empowering and some are injected with humour as well. The writing is brilliant and acts as the backbone of the film. Music by Amaal Mallik is soulful and touches the right chord. Cinematographer Piyush Shah filmed the badminton scenes perfectly. Deepa Bhatia’s editing is to the point and pleasant. Watch Saina for ‘smash’ hit performances that will touch your heart. 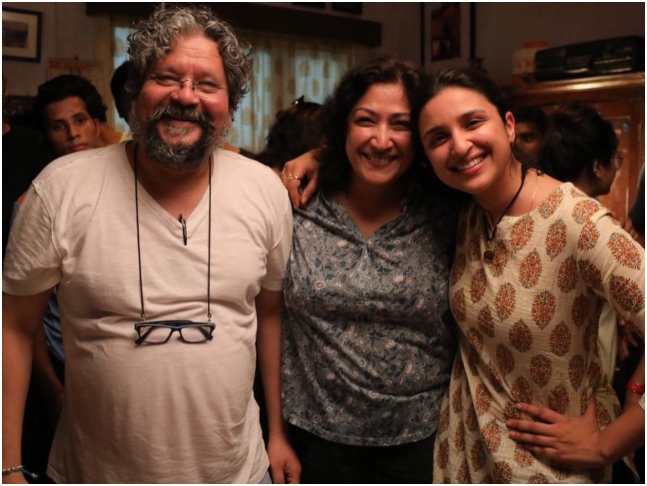