Saina: Parineeti Chopra effortlessly transforms into Saina Nehwal and THIS picture is proof!

The upcoming film Saina directed by Amole Gupte traces the journey of ace Indian badminton champion, Saina Nehwal, who with her never-give-up attitude inspired billions across the globe. Wearing the doyen of Indian badminton's cap was a huge challenge for Parineeti Chopra who headlines the film. However, with the best team at her disposal, Parineeti managed to not just act like Saina but also looked like her in the biographical sports drama.

A recent still from the film featuring Parineeti in and as Saina truly captures the latter's intensity on the court. The actress bears an uncanny resemblance to the badminton champion from the shirt and sport shorts look, right down to every single accessory. 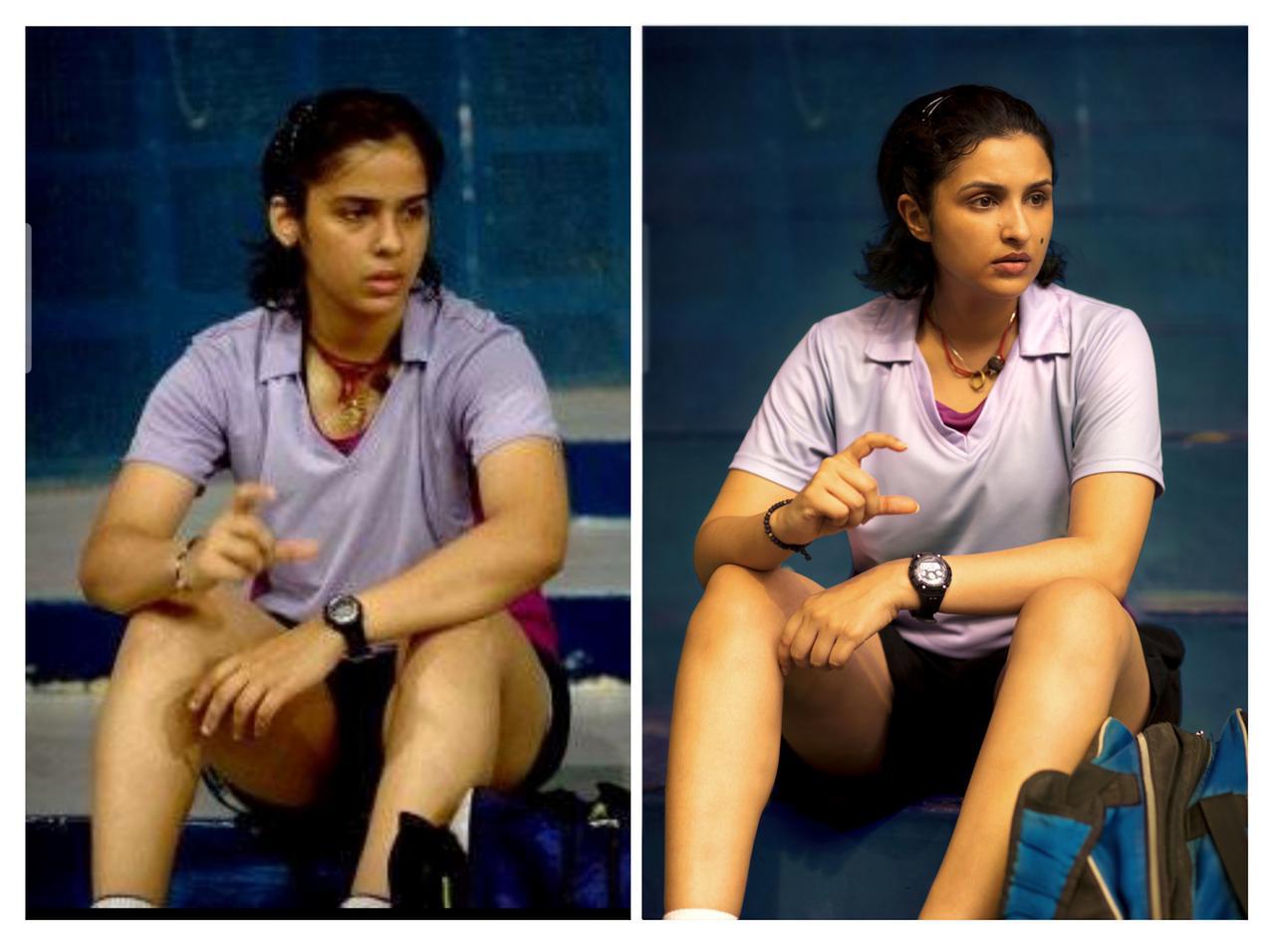 Recommended Read: Get Set Go! Parineeti Chopra gives a sneak peek into her physical transformation into Saina Nehwal in this BTS video

Apart from training in badminton with sports coaches and experts, Parineeti also learned Saina’s body language and worked closely with her team on looking every bit like the sport’s icon. Parineeti's stylist and her hair and makeup artist studied Saina's looks on and off the court, making sure no stone goes unturned in Parineeti's transformation.