“How can the house be haunted when the outside world is infested with ghosts,” says Bhumi Pednekar’s IAS officer Chanchal Chauhan as the CBI imprisons her in Durgamati Mansion, a bhoot bangla according to locals. The official Hindi remake of Anushka Shetty’s blockbuster Bhaagamathie (2018), Durgamati doesn’t waste much time in establishing its characters with too much information.

Set in rural Madhya Pradesh, Durgamati directed by Ashok, who helmed Bhaagamathie, begins by introducing one of the central characters, Minister of Water Resources Ishwar Prasad. He is worshipped by the locals and is blindly trusted by them. His reputation is untainted until the CBI finds something fishy when 12 antique and precious idols go missing from temples in rural areas. While people refuse to believe Ishwar is behind the theft, CBI Joint Director Satakshi Ganguly (Mahie Gill) takes over the investigation. She is joined by ACP Ajay Singh (Jisshu Sengupta). 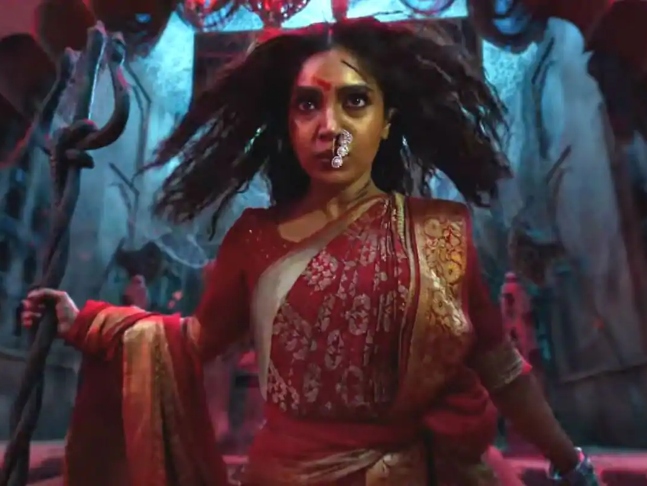 Satakshi summons Chanchal, who is in jail for three months for shooting Ajay’s brother Shakti dead. Shakti was Chanchal’s fiance. A Civil Services topper, Chanchal has worked as Ishwar’s personal secretary for two terms that is 10 years. Hoping to dig out undisclosed facts from her, Satakshi interrogates Chanchal against rules.

Chanchal, confident that she knows nothing about Ishwar’s corrupt practices, maintains the stand that he is a janta ka sewak. Durgamati gets better as it unfolds the secrets hidden behind closed doors. Different pieces of the puzzle begin falling in place as Durgamati, a glorious queen, possesses Chanchal. Is Durgamati a myth or reality? The film certainly answers this in 2 hours and 35 minutes.

Durgamati, though predictable, has its moments. The atmospherics of the horror genre plays from the forefront making the genre-blending film an engaging watch. For those who haven’t watched Bhaagamathie, Durgamati can come across as a major surprise. Ashok plays well with the screenplay and direction. Comparison with Anushka’s film is inevitable but watch it as a brand new Hindi film and not a remake. A well-constructed film that makes you look beyond the visible and ‘think big’. Bhumi as Chanchal and Durgamati lights up the screen with her never-seen-before act. She carries the body language of a larger-than-life righteous queen. She is majestic in one breath, terrifying in the next, and vulnerable soon after. Bhumi brings her characters to life and one should not end up comparing her with Anushka as they are equally brilliant.

Arshad has showcased his comic timing previously but Durgamati shows him in a different light. It is easy to predict what turn his character will take, but trust Arshad to make it lovable, acting-wise. Jisshu and Mahie are good in their roles. Karan, in a brief role, is decent.

Durgamati ticks all the boxes needed for an engaging film but falters when it comes to the horror sequences. Certain scenes are beautifully shot and the technical department soars high. Production designer Tariq Umar Khan manages to build the right atmosphere required for a horror film. Director of Photography Kuldeep Mamania takes center stage here. Painting a larger-than-life picture with his camera, Kuldeep gets the vibe in place. Background score plays an important role in films of such genre and Jakes Bejoy doesn’t disappoint. Dialogues by Ravindra Randhawa are dramatic but work well. 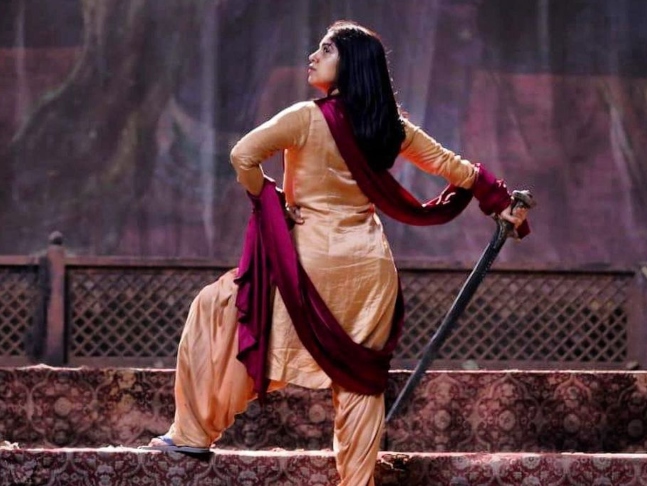 Apart from a few stereotypical problems that come with the horror genre, Durgamati wonderfully blends three of Bollywood’s favourite genres – politics, crime and horror. It is surprising to see a ‘remake’ introduce such a fine concept to Bollywood. Keeping aside glitches, Durgamati serves as a perfect entertainer.