Inside Edge 2 Review: Angad Bedi, Vivek Oberoi and Aamir Bashir impress with their performances as the game gets murkier in second season

After a successful series in 2017, Amazon Prime Video’s Inside Edge season 2 is back with yet another gripping and riveting season this year, the most controversial power league has double the dose of entertainment, mixed with power and politics. The power tournament never fails to show stark realities behind the closed doors of cricket leagues has turned nastier and bitter this season with characters getting murkier in given situations.

Director Karan Anshuman has managed to maintain the same kind of tonality in the second season of the show making it a perfect watch for cricket fanatics. Starring Angad Bedi, Vivek Oberoi, Tanuj Virvani, Siddhant Chaturvedi, Richa Chadha, Sayani Gupta, Sapna Pabbi, Jitin Gulati and many more, the series was one of the most eagerly-awaited shows on the streaming platform. The story of season 2 begins from the point where it ended in season 1. 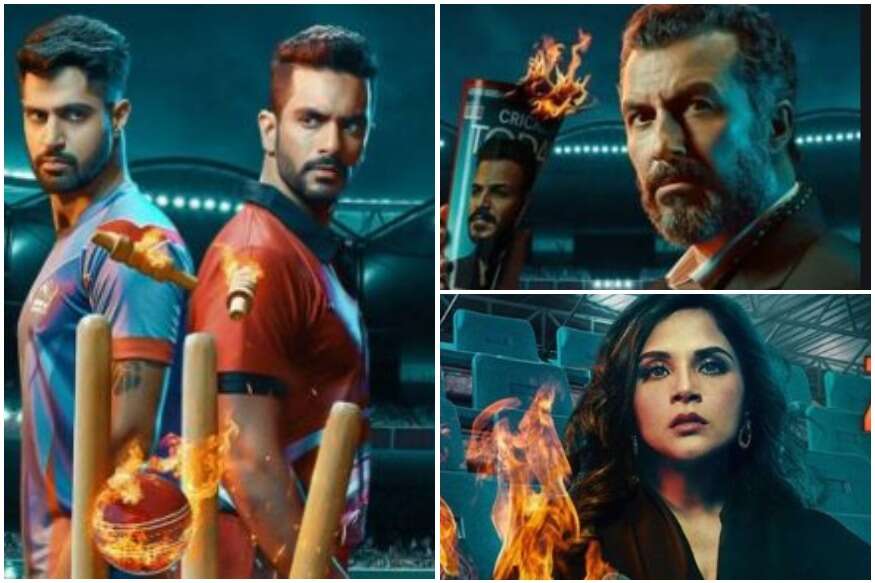 Now we see, Arvind Vashisth (Angad Bedi), ex-captain of Mumbai Mavericks coming back in PPL but with a new team Haryana Hurricane. His rivalry intensifies with Vayu Raghavan (Tanuj Virwani). Once they were teammates now they are foes as their approach towards winning the game is different. Arvind’s and Vayu’s aggression and drive to be on the top sum up the first three episodes of the show.

The game in the series intensifies after match-fixing reports and the accidental killing of their fellow team member Devendra Mishra (Amit Sial). The enmity between Vayu and Arvind strengthens every now and then. On the other hand, Yashwardhan Patil aka Bhaisaab plays a perfect mind game as he takes the center-stage and sets the ball rolling.
In fact, Vikrant Dhawan (Vivek Oberoi) is also back in the game, and this time his character is more layered. This time the focus is more on the patrons rather than the actual game, every actor and character in season 2 has become more powerful and experienced. Everyone is playing the game not on the pitch but with each other off it. The actual show begins from the fifth episode after each character gets established well. New entrants like Sayani Gupta, who plays a master statistician and Vayu’s sister while Manu Rishi (Manoharlal Handa) as the franchise owner, for Haryana Hurricane, adds the required dimension to the ongoing screenplay.

Without giving out the spoilers, we can only say that every actor comes as a surprise element in the show. The show isn’t preachy or shows the tournament in a bad light, in a fictional world to err is human and the cricketers get their emotions mixed with sportsmanship. The T20 tournament’s sole purpose is entertainment, though a little dramatic and slow-paced, the drama gets etched out at certain parts but will keep you hooked to the next scene. Adding glamour to the cricket league this season are some steamy scenes that don't look out of place. Inside Edge 2 dwells deep into the lives of Maverick's patrons and people associated with the league.

Talking about the performance of each actor, Richa Chadha as Zarina Malik fits the bill and has now become sassy and smart. Angad Bedi as Arvind carves a niche for himself despite having too many actors vying for screen space as cricketers. Tanuj Virwani aces it best with the right amount of aggression and strong headedness required for Vayu’s role. Bhaisahab (Aamir Bashir) and Vikrant Dhawan (Vivek Oberoi) give their best and we are glad that the latter is given more screen time in this series.  To sum it all Angad Bedi, Vivek Oberoi, Aamir Bashir shoulder the responsibility of the show and do it impeccably well. Sapna Pabbi, Sayani Gupta, Siddhant Chaturvedi, Flora Saini, and Jitin Gulati make their mark despite being in an ensemble cast.

This season is more dramatized than the earlier one. Nevertheless, it keeps us hooked until the climax. The music and set up are apt for the storyline. There are certain scenes that are heavy for the audience to absorb. This time the season means serious business, the characters are more finely developed with layers and the tone of the show is edgy and full of twists and turns.

This time, creators Karan Anshuman and directors Aakash Bhatia and Gurmeet Singh have given us power-packed entertainment. Binge-watch Inside Edge 2 as this ten-episode drama of one hour each will make your weekend a thrilling experience.