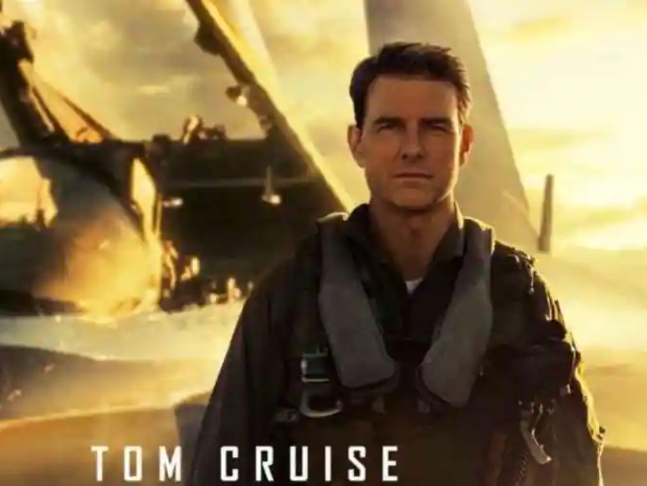 It's hard to believe that Tom Cruise is 59. His Captain Pete 'Maverick' Mitchell onscreen persona can be termed as swashbuckling! After 36 years, he is back on the celluloid,
serving a heady mixture of nostalgia and charm, laying out a proper manual of how to get a sequel right. Maverick returns to Top Gun as an instructor for an impossible mission, joined by a bunch of new kids on the block. Director Joseph Kosinski film is like a fully-loaded cargo of action, and romance, paying homage to the OG starcast without belittling them with VFX or shoddy makeup!

Tom is confronting the ghosts of his past, and the son (Miles Teller) of his long-dead best friend, who aims to fly in his father's footsteps. Tom has a hot ladylove in Jennifer Connelly, who was 15 when Top Gun came out. She now has a daughter, and the romance between the duo is palpable yet sweet. In short, Tom is piloting thrilling stuff!

Jon Hamm, Glen Powell, Lewis Pullman, Charles Parnell, Bashir Salahuddin, Monica Barbaro, Jay Ellis, Danny Ramirez, Greg Tarzan Davis with Ed Harris have played it to the gallery, making it a fun action film that leans heavily on an audience's love of the original one. Special mention Val Kilmer as Ice Man - the camaraderie between Tom and Val hits all the right notes, probably fetching out one of the best scenes in the film, making Maverick stand out as an actor. 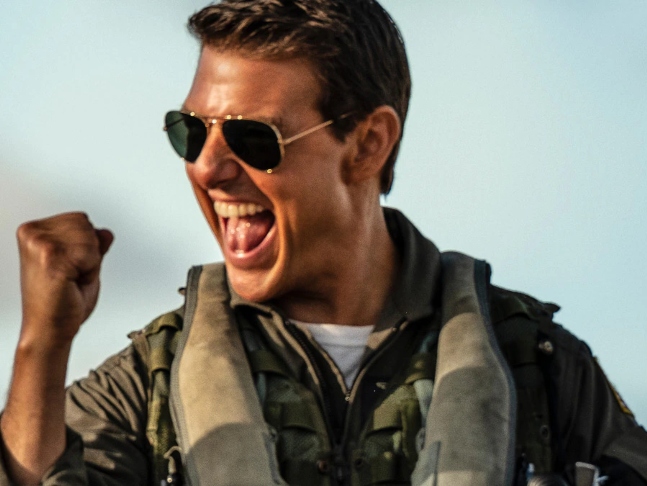 The screenplay by Ehren Kruger Eric Warren Singer is tight, backed by Christopher McQuarrie's slick story, penned by Peter Craig and Justin Marks and based on the characters created by Jim Cash & Jack Epps, Jr. Claudio Miranda's exciting cinematography takes us into the cockpit - making us experience every beat of danger, defeat, and victory. Your heartbeat will take a flight and dip on the most unexpected landings. Eddie Hamilton has edited the sequel, keeping the spirit of Top Gun (1986) alive.

Watch Top Gun: Maverick for the sheer love of nostalgia - you won't regret this one!