Advertisement
HomeHOLLYWOODHollywood ReviewsBirds Of Prey Review: The Margot Robbie madcap film would strictly appeal to fans of the DC Universe

Birds Of Prey is a vibrant, cheeky and stylized team-up of DC Comics' female anti-heroes, which is designed as a satire to show the position of women in the comic book universe. This is the eighth film in the DC Extended Universe and a sort of a follow-up to the 2016-released Suicide Squad.

While Suicide Squad was a convoluted drama with Harley Quinn as just one of the flawed characters of the film, in Birds Of Prey she outshines, making it feel more like a Harley Quinn solo film than an ensemble effort, especially since the titular group doesn't assemble until deep into the third act. This isn't exactly a negative thing, it simply means that some members of the ensemble get less focus than the others. 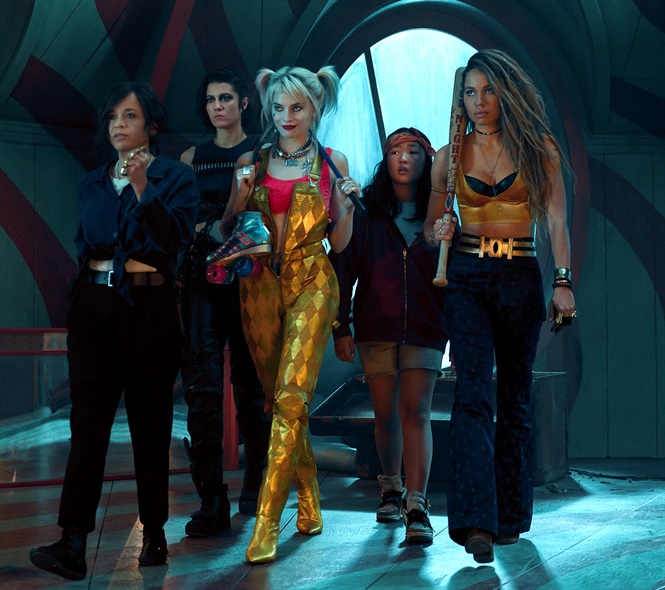 Billed on posters under the unwieldy title, Birds Of Prey (and the Fantabulous Emancipation of One Harley Quinn), it is the second collaborative outing for the character, with Margot Robbie repeating her performance and screaming for the spotlight. It's a sort of a reawakening kind of story for Harley and she begins it in style. With a combination of animation and voiceover, she introduces herself, "from the beginning": Born Harleen Quinzel, she was brought up in a Catholic school and had daddy issues. She became a shrink, then was assigned to work with the Clown Prince of Crime - the Joker. During one of his many periods of captivity, she fell in love with him, helped him escape and soon became his girlfriend. But then, the plot propels with her announcing her break-up with the psychopath J, which means she is no longer under his protection anymore, and it turns out that quite a lot of people want to kill her.

With the Joker no longer in the picture, Harley becomes the target of her former frenemy, the misogynist crime lord Roman Sionis (Ewan McGregor) - aka the Black Mask from the Batman comics.

In order to stay alive, Harley agrees to steal back a diamond, which apparently contains microscopic information that Sionis needs. Unfortunately, that diamond is in the possession of a young thief Cassandra Cain (Ella Jay Basco), who soon becomes the target of every mercenary in Gotham City. How Harley Quinn, along with the other Birds, tries to save the young thief and destroy Sionis, forms the crux of the narrative. The other 'Birds' in the tale are Renee Montoya (Rosie Perez), a detective working against all odds in the Police Department trying to bring down Sionis. Then there is the mysterious Huntress (Mary Elizabeth Winstead), a vigilante who brings to book all those gangsters who had a hand in her past. Dinah Lance (Jurnee Smollett-Bell) aka the Black Canary, is a singer-cum-driver who worked for Sionis but is now at loggerheads with him. Christina Hodson's screenplay indulges in a couple of epic flashbacks, sometimes disrupting chronological momentum for no clear purpose, makes the narrative appear weighted. Also, leaning more heavily into action than laughs, the film largely delivers on that front with extravagant, colourful set pieces with aplenty of unlikely gimmicks and free-style wrestling brutality. But those hoping for a "Deadpool" like fusion of mayhem and wit should lower their expectations. Harley may be known for her unpredictability, but this film plays more by the numbers and formula.

Overall, this film with madcap comedy and sincere moments is entertaining, but it would strictly appeal to fans of the DC Universe.