A whole new world: Here is how the international media reacted to Aladdin 2019 starring Will Smith, Mena Massoud and Naomi Scott

Disney's latest live-action remake of one of its classic animated movies, Aladdin, hits theatres this weekend and fans have been going gaga about the film ever since. Directed by Guy Ritchie, the film featured Mena Massoud as Aladdin, Naomi Scott as Jasmine, and Will Smith as the Genie in a role that mixes CG and live-action shots.

The film follows the same basic story of the acclaimed 1992 film where the 'street rat' Aladdin finds a lamp containing the Genie who grants him wishes. The new film features a number of songs from the original, including classics like A Whole New World and Prince Ali. If you are one such person who is not sure whether they want to see the film or not, let us help by showcasing the reviews given by the international press for the film.

Your wish is our command! The soundtrack for Disney’s #Aladdin is here. Listen now and see the film in theaters Friday. disneymusic.co/AladdinST

IndieWire dampened all the criticism the film had released for its initial look and trailer. They said, "While early looks at the film — especially scenes that focused on Smith turning on the bravado with a vibrant song-and-dance — were received badly enough that both Ritchie and Smith were asked to respond to the critical jabs, within the context of Ritchie’s warmly silly film, they work. They really, really work." According to the New York Post, "The studio must've rubbed the heck out of its magic lamp, because the family film has unexpectedly turned out shining, shimmering, splendid." 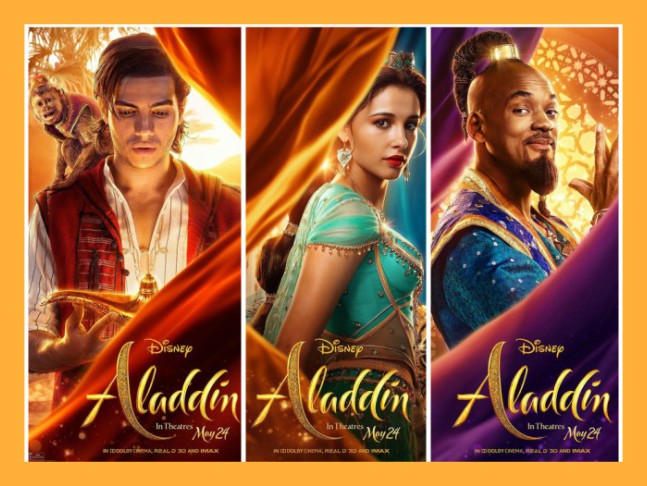 And what about young star Naomi and debutant Mena? Well, according to many critics it is Princess Jasmine who has charmed them. Den of Geek said, "Among the rest of the cast, Naomi Scott is a standout and makes Jasmine the other highlight of the film, and she further makes a persuasive case that she’s better than the material she’s offered here". While Time Out said, "Canadian-Egyptian actor Mena Massoud perfectly captures Aladdin’s street-smart charm, while British-Gujarati actress Naomi Scott gives a fire-cracker performance as Princess Jasmine, showing she’s less concerned with finding a husband than learning the required skills to succeed her father (Navid Negahban) to the throne." 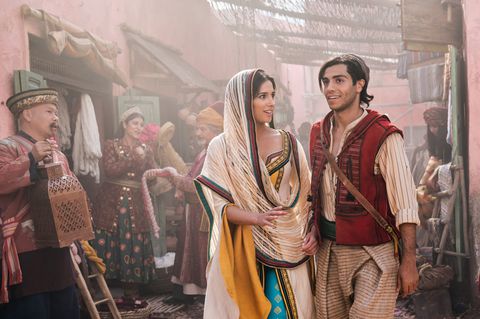 For the musical fans out there, this is what IndieWire had to say. "It’s the big musical sequences that are the most successful, including Genie’s cave-set introduction and an eye-popping street parade that functions as the coming out party for Aladdin’s royal alter-ego Prince Ali." The List had this to say, Smith’s exuberant interpretations of Prince Ali and Friend Like Me…are so infectiously entertaining and grandly staged you won’t be able to stop yourself from humming along."

Well, there you have it. All the ups and downs of the Aladdin (2019), which should hopefully lead you right to the theatres.