Advertisement
HomeTELEVISION NEWSPictures'This is the most special one yet,' gushes Raveena Tandon on celebrating her birthday on the sets of 'Nach Baliye 9'

'This is the most special one yet,' gushes Raveena Tandon on celebrating her birthday on the sets of 'Nach Baliye 9'

It won't be wrong to say Raveena Tandon is aging like a fine wine. The ravishing actress, with her choice of films in the early 90s, made her filmmakers and audience favourite instantly and speaking of her fans then and now, they seem to snowball each minute. And continuing to sprinkle her aura and charm, Raveena lightens up the screen with her presence as a judge on the dance reality show Nach Baliye 9. And as the Mohra actress turned a year older today(October 26), the team of the dance reality show celebrated her day on the sets with her children, Rasha Thadani and Ranbir Thadani along with her parents and in-laws.

For the celebration, Raveena opted for a gorgeous green lehenga. She teamed her outfit with a pretty mang tika and did her hair into soft waves. During the episode, the actress couldn't hold back her emotions as her family turned up to give her a surprise to remember for the longest time. "Thank you @starplus @banijayasia and the whole team of Nach for making this the most special birthday yet!," Raveena captioned while sharing a video from the episode. 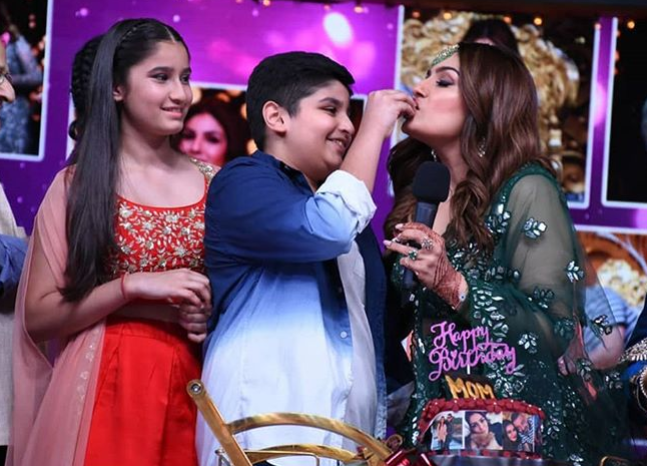 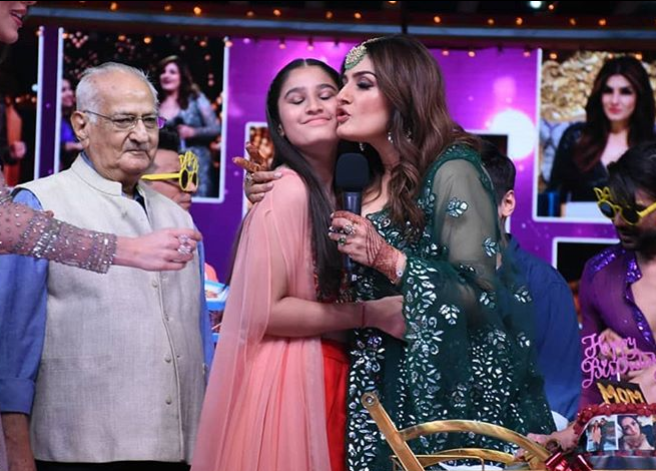 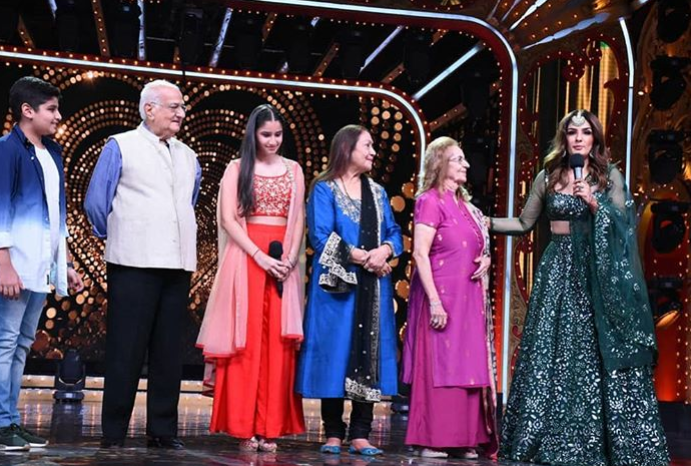 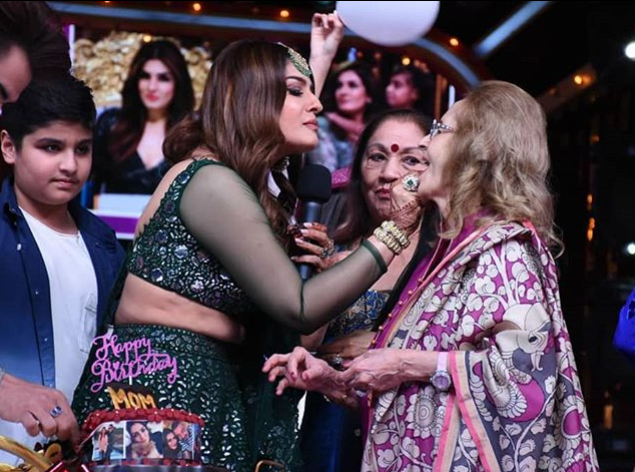 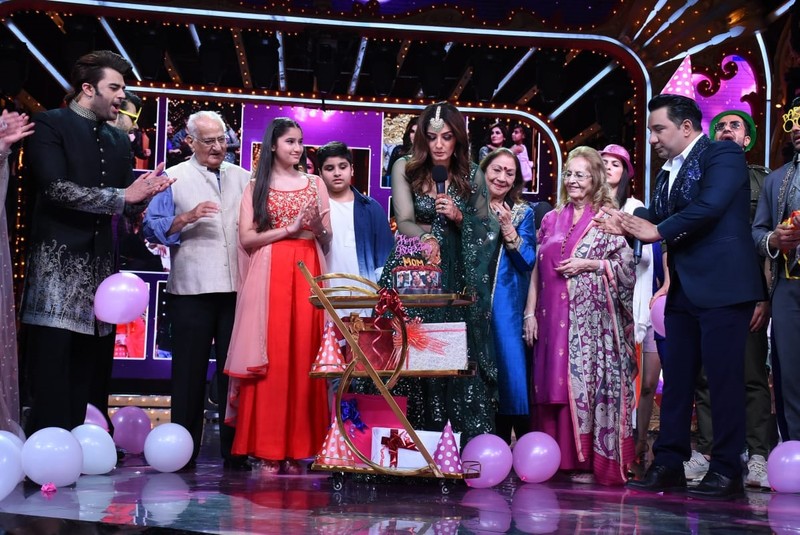 Thank you @starplus @banijayasia and the whole team of Nach for making this the most special birthday yet! ♥

Recommended Read: There comes a time in every actors life when you evolve - Raveena Tandon In Conversation with Mark Manuel

Raveena, workwise, was last seen in Maatr in 2017. She recently made a cameo in Khandaani Shafakhana in the song Shehar Ki Ladki, which was originally picturised on her. Now, it is being said that she will be starring in Yash's K.G.F Chapter 2.