It's all about family for Dharmendra, Sunny Deol, Karan Deol as they promote ‘Pal Pal Dil Ke Paas’ on The Kapil Sharma Show

On Saturday, the Deol family appeared on The Kapil Sharma Show to promote Sunny Deol’s son Karan Deol’s debut film Pal Pal Dil Ke Paas. Along with Dharmendra, Sunny and Karan, Sahher Bambba also appeared on the show as she is also making her Bollywood debut with the film and is the female lead. Pal Pal Dil Ke Paas is directed by Sunny.

The episode was great fun as Sunny enthrall everyone with his popular dialogue ‘Tareekh par tareekh’ from the film Damini. Dharmendra who is one of Bollywood’s favourite and most revered actors also shared tidbits and anecdotes from his career. Dharmendra revealed that he drunk dialed veteran filmmaker Hrishikesh Mukherjee when he did not take him in the film Anand and instead signed Rajesh Khanna. Check out some of the photos and videos from the episode below.

RECOMMENDED READ: Ahead of the release of his debut film ‘Pal Pal Dil Ke Paas’, Karan Deol signs his next opposite Warina Hussain? 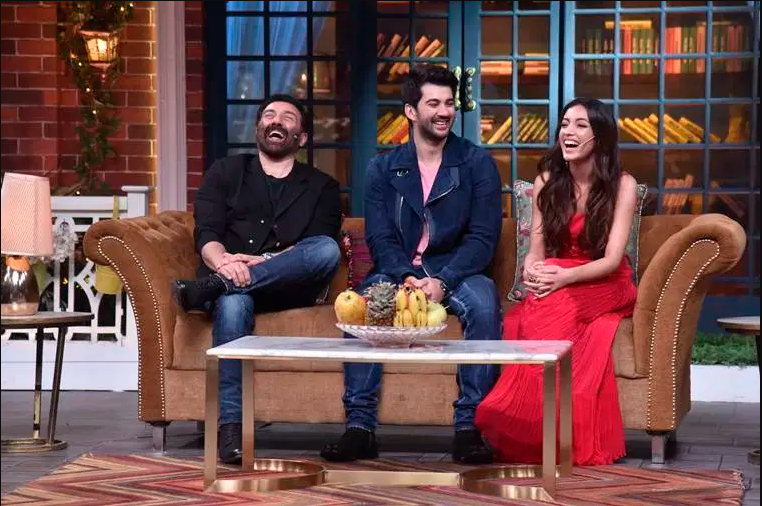 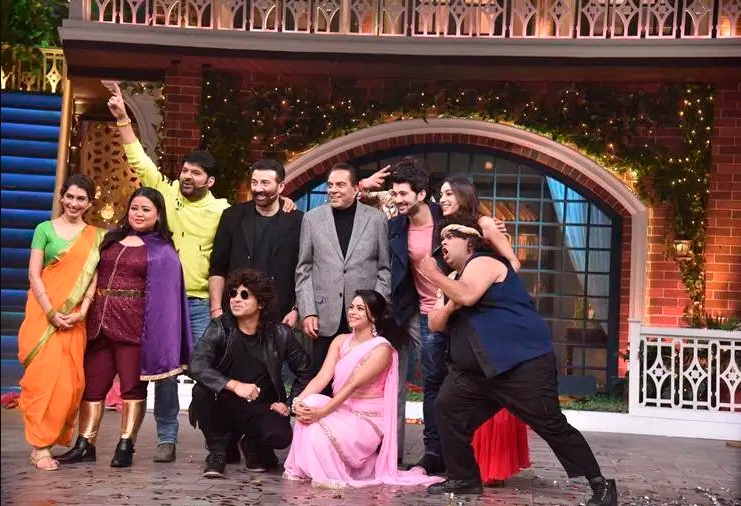 Pal Pal Dil Ke Paas is a love story and is slated to release on September 20. Even before it hits theatres it is reported that Karan has already signed his next film which is a comedy opposite Warina Hussain.