Sanya Malhotra is on a signing spree!

Sanya Malhotra is one of the very few young Bollywood actresses who has constantly hit the right chords since her blockbuster debut in Aamir Khan’s sports drama, Dangal. With a variety of roles in films such as Pataakha, Badhaai Ho, Photograph, Pagglait, Meenakshi Sundareshwar, and the recently released Love Hostel, the actress has made a niche for herself within a short span of time. Starting in 2022, Sanya is now upping her game and has signed as many as four films that will see her playing a glorious array of characters on-screen.

All these projects are different from one another and allow her to experiment and connect with audiences in a versatile and different way. Currently basking in the praise she’s getting for her portrayal in Shanker Raman’s romantic-thriller, Love Hostel, Sanya will next be seen in Shailesh Konalu’s Hindi remake of the Telugu drama, HIT: The First Case. She plays a forensic official opposite Rajkummar Rao in this suspense-thriller about the investigation of a missing girl. The film is currently in post-production and will be released sometime in the third quarter of this year. Sanya will then be seen in Netflix India’s women-led dramedy, Kathal, which sees her playing an aspiring young police officer on a quest to solve a bizarre case to prove herself. The small-town-based female-forward film, which marks the directorial debut of Yasowardhan Mishra, went on floors earlier this week.

Soon after completing this Guneet Monga and Ekta Kapoor production, the actress will join Shah Rukh Khan in Atlee’s commercial entertainer. She plays a small but pivotal part in this robbery drama, and while she filmed for a few days last month, her major portions of the film will be shot at the end of this month in Mumbai. Sanya will then start shooting for Meghna Gulzar’s Sam Bahadur, which goes on floors around May 2022. Sanya plays Vicky Kaushal’s wife in this Field Marshal Sam Manekshaw biopic, also starring Fatima Sana Shaikh as former Prime Minister Indira Gandhi. Apart from these announced projects, Sanya is also in talks with Sanjay Routray’s Matchbox Pictures for a thriller project. Yami’s next turn: A jailor, and a crime reporter

Yami Gautam is gearing up for a thrilling 2022 with four films that will see her diving into a range of diverse characters. While she recently appeared in Behzad Khambata's A Thursday as a playschool teacher who kidnaps 16 children, she will soon be seen as a jailor in Dinesh Vijan's Dasvi. The Tushar Jalota-directed political comedy revolves around a corrupt, illiterate politician played by Abhishek Bachchan, who goes to jail and—to avoid the labour work that happens inside the prison—starts preparing for a 10th class examination. Yami plays an IPS officer who keeps a close tab on his activities, while Nimrat Kaur will be seen as Bachchan’s wife. The film is currently in post-production and will be released in theatres by mid-this year.

Yami will then be seen playing a feisty crime journalist in Pink director Aniruddh Roy Chowdhury’s investigative thriller, Lost. The Zee Studios and Namah Pictures production is an emotional thriller that highlights the issue of media integrity. The film, also featuring an ensemble cast that comprises Pankaj Kapur, Rahul Khanna, Neil Bhoopalam, Pia Bajpiee, and Tushar Pandey, among others, will be released sometime in the middle of this year. Yami has also completed shooting for Pankaj Tripathi's Oh My God 2 and Amar Kaushik’s Chor Nikal Ke Bhaaga. While the OMG sequel talks about a relevant subject and its importance and how it can co-exist with our faith, the latter is a thriller based on a diamond heist and sees Yami in an unseen avatar opposite Sunny Kaushal. The actress also has a rom-com titled Dhoom Dham with Pratik Gandhi in her kitty, and she will soon start shooting for it in Mumbai. Rishab Seth, who has previously directed Amol Parashar's demonetization-based comedy, Cash, is helming this film for Yami’s husband Aditya Dhar’s newly launched banner, Aditya Dhar Films. 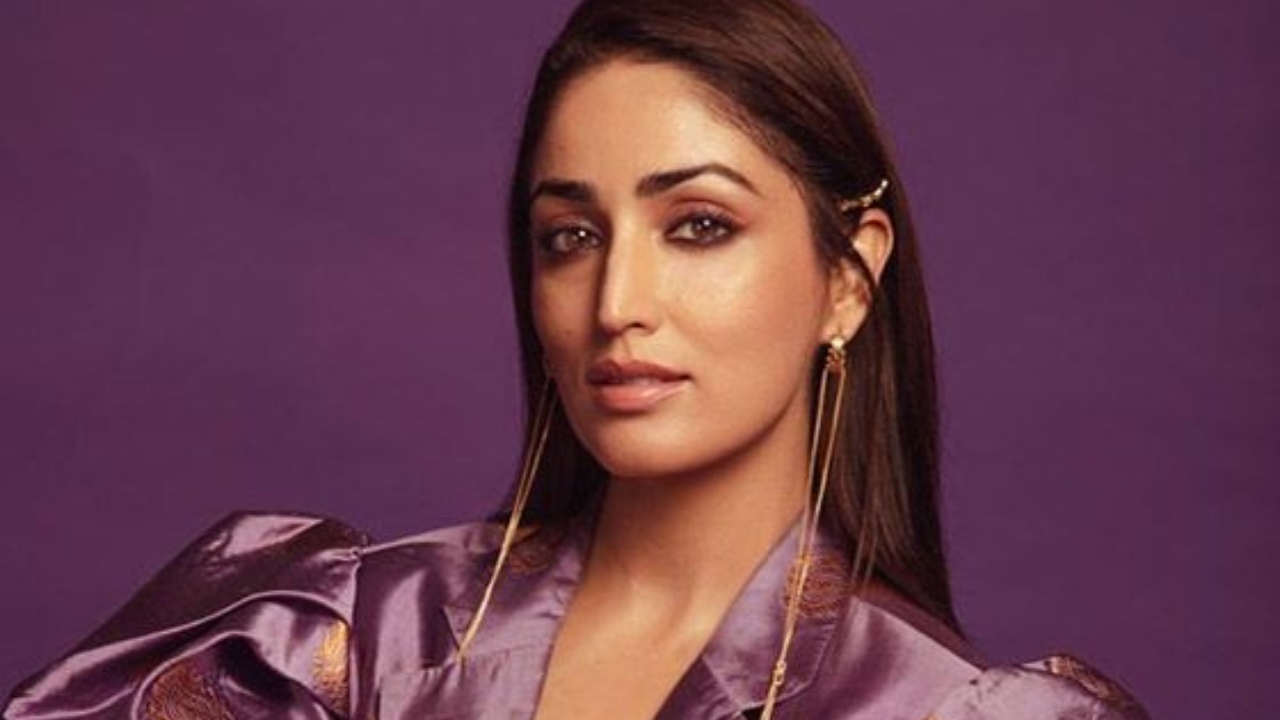 Kirti plays a struggling actress in her maiden production

Kirti Kulhari has made a niche for herself with films and web shows like Mission Mangal, Uri: The Surgical Strike, and Criminal Justice: Behind Closed Doors, proving her mettle as a brilliant performer. Now she has launched her own production company, Kintsukuroi Films, with the aim of widening her horizons, and the first film she has chosen to bankroll is a fast-paced dark-comedy thriller movie, titled Nayeka. The film sees her playing a struggling actress who gets caught in a crime by mistake. How that turns into a cat and mouse chase, what kind of people she meets, and how it all turns dark, forms the crux of the story. Sharad Kelkar and Zakir Hussain also play pivotal roles in this Ajay Kiron Nair directorial. Kirti has completed shooting for the film and will soon dive into her next. She has apparently signed 4-5 feature films for the coming months. 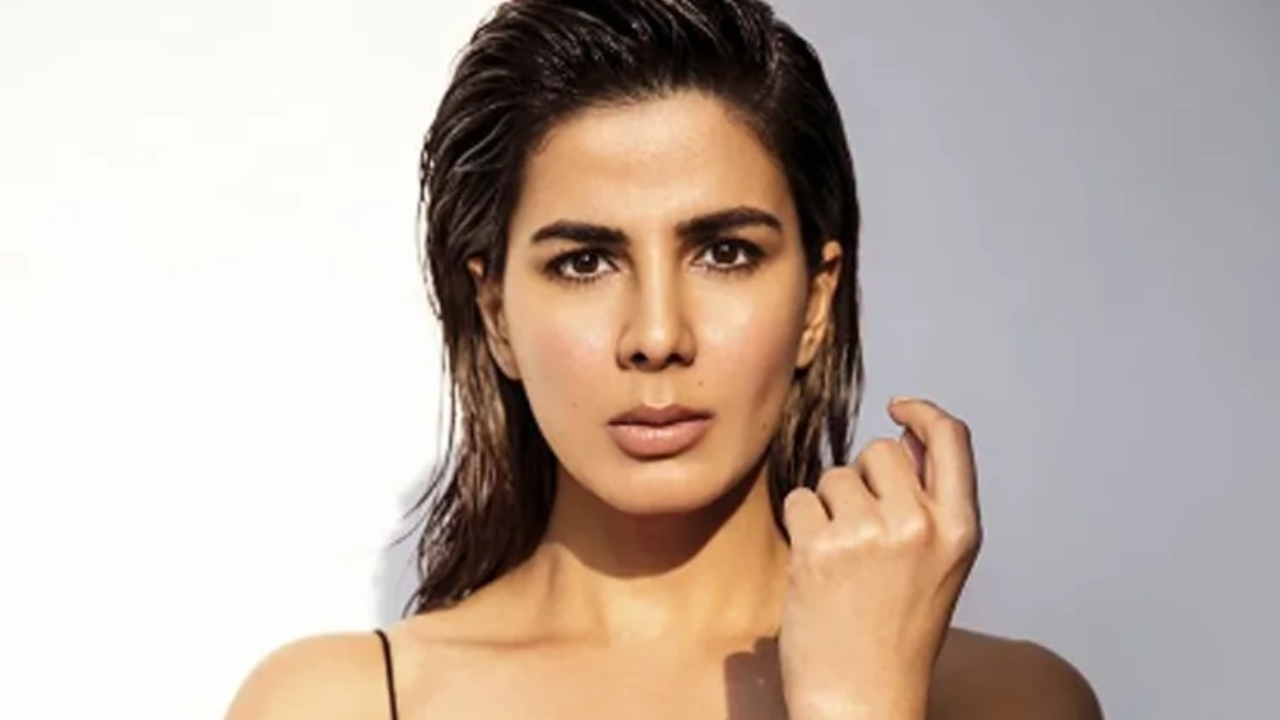