Advertisement
HomeBOLLYWOODPEEPINGMOON SPECIALPeepingMoon 2019: ‘Kalank’ to ‘Judgementall Hai Kya’ - films which were a colossal disappointment this year!

While 2019 was a year of several Bollywood hits including Gully Boy, Uri: The Surgical Strike, Super 30, Kesari and others, there were many films that totally bombed at the box office. In fact, there were some like Kalank, The Zoya Factor and Panipat that the film buffs were impatiently waiting for but tanked miserably.

So, let’s take a look at films which were a colossal disappointment this year: 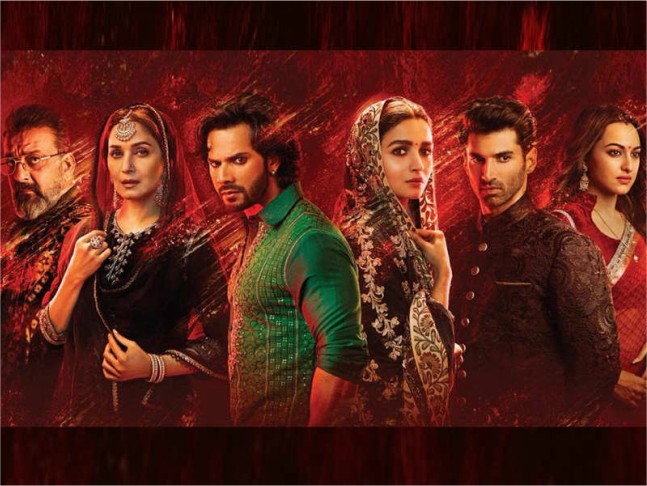 Kalank stars Sanjay Dutt, Madhuri Dixit Nene, Varun Dhawan, Alia Bhatt, Aditya Roy Kapur and Sonakshi Sinha. Along with the varied hues of love, the period drama highlighted the trials and tribulations of love with the spotlight on communal tensions. The film had a larger than life music, visuals, the communal riots, celebration of festivals like Dushera, Holi, Diwali, Eid and Makar Sankranti but the datelines are a little confusing. While the critics praised the performances, the film was subsequently ruled out for its half-baked script and managed to earn Rs 80.35 crore at the box office.

The film is based on the Third Battle of Panipat, fought between the Marathas and Afghan king Ahmad Shah Abdali in 1761. Starring Arjun Kapoor, Sanjay Dutt and Kriti Sanon, the film impressed with its cinematography, sound design and the visual effects but was panned by fans and critics for its script. The film struggled to collect Rs 33.46 crore at the box office.

JudgeMentall Hai Kya, a dark comedy starring Rajkummar Rao-Kangana Ranaut is to be lauded for de-stigmatising mental illness but the film couldn’t connect to the audience. It seemed that Kangana (on fire as Bobby Batliwalla Garewal) with psycho peachy wardrobe, dark sense of humour and odd hobbies was too much to take for her fans. The film earned Rs 33.11 crore. 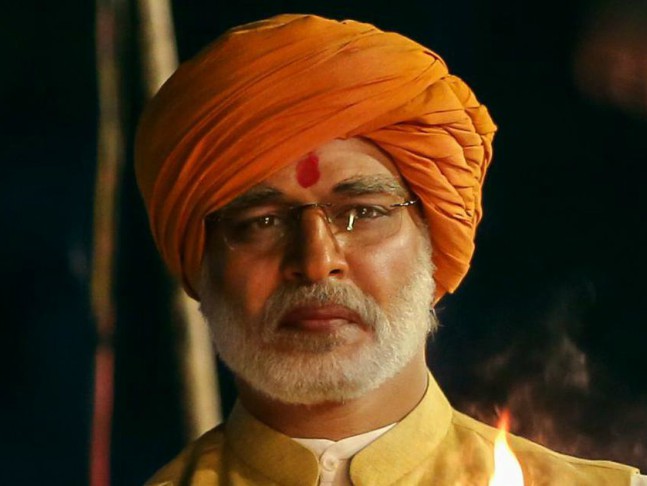 The film, directed by Omung Kumar, narrated the story of Modi from his humble beginnings to becoming the Prime Minister. Actor Vivek Oberoi led the film's cast. With his body language, aura, appearance and attitude, Vivek delivered an impeccable performance but the film was touted to be a propaganda film ahead of the Lok Sabha 2019 elections. The film raked in Rs 23.70 crore. 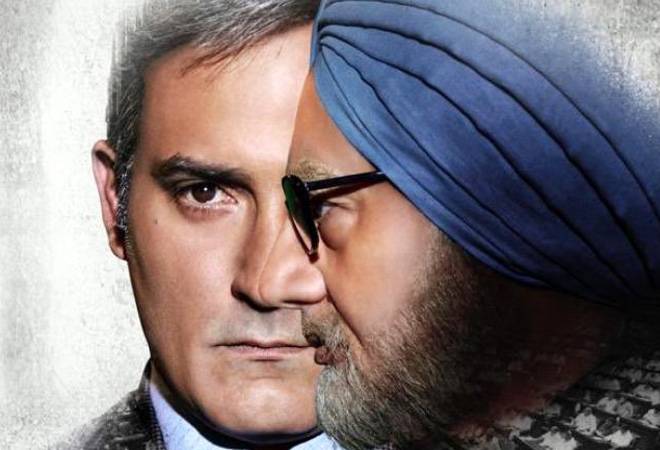 The film, which delves on former Indian Prime Minister Manmohan Singh's tenure, is based on an eponymous book by Sanjaya Baru, who was the former Prime Minister's media advisor. Anupam Kher almost transformed into a doppelganger of Dr. Singh. He’s got his lines down really well. He walks and talks like the former premier. However, he failed to rise beyond mundane minutiae. The film’s linear and sequential narrative led to its downfall and it collected Rs 22.65 crore. 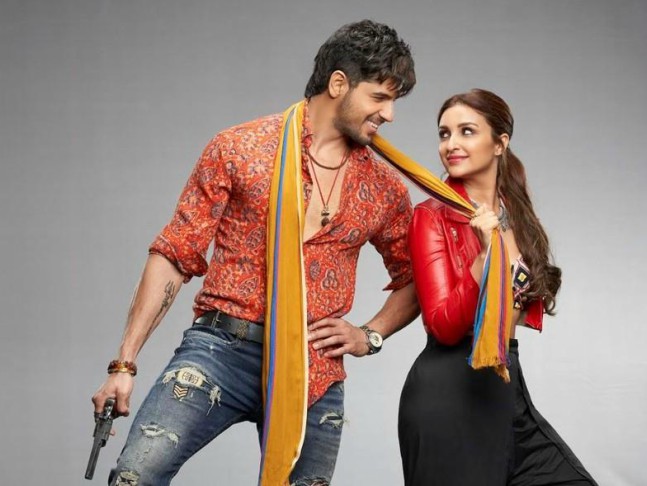 Directed by Prashant Singh, Jabariya Jodi is based on 'Pakadwa Vivah' (forced marriage), which was once rampant in Bihar. The film starred Sidharth Malhotra and Parineeti Chopra and was panned by the audience for its sporadic forced humour. It minted Rs 16.33 crore at the box office.

The film is based on the 2013 counter-terrorism mission by the Intelligence Bureau to capture Indian Mujahideen founder, Yasin Bhatkal. But since most people went expecting the IB operative Prabhat Kapoor (Arjun Kapoor) to perform all kinds of daring action sequences and add a dash of charisma to it, they returned disappointed. The film struggled with Rs 11.90 crore collection.

Touted to be Bollywood’s ‘Takle ki asli aur peheli film’, Abhishek Pathak’s Ujda Chaman taught us all the importance of self-love. Starring Sunny Singh and Maanvi Gagroo in lead roles, the film is an out and out drama-comedy based 30-year-old bachelor Chaman Kohli (Sunny), a Hindi lecturer with premature balding, in search of a beautiful wife. However, with an interesting topic, the film loses focus mid way. Also its comparison with Ayushmann Khurrana’s Bala was inevitable. The film collected only 10.51 crore.

Made In China is a hilarious take on a struggling Gujarati businessman and the bizarre journey he undertakes to become a successful entrepreneur. The film starred Mouni Roy, Rajkummar Rao and Boman Irani. The narrative took forever to build up and while the climax saved Made In China, it left many questions unanswered. It only managed to earn Rs 9.63 crore. 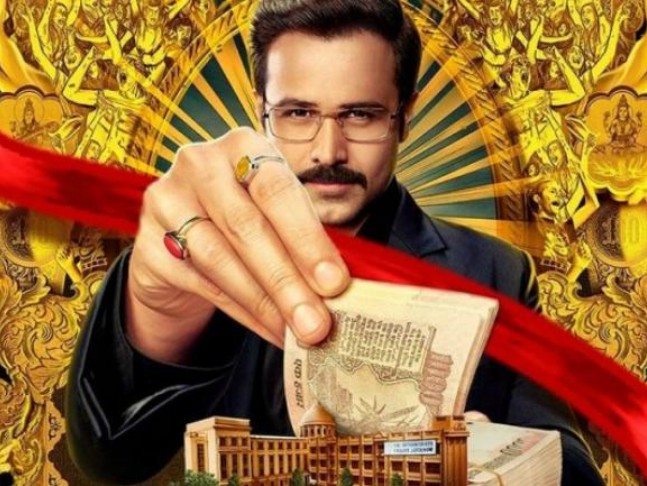 Director Soumik Sen's Why Cheat India, subtly exposed the appalling underbelly of the education system in our country. Rakesh Singh aka Rocky (Emraan Hashmi), a con-man wallows education scams to flourish in the country. Within a few minutes, the film with too many elements deviated from the flow and it earned Rs 8.66 crore. 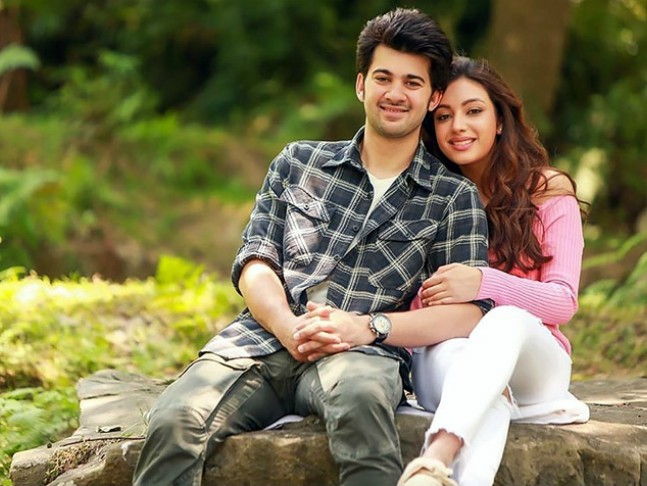 The innocent love story, which marked the debut of Sunny Deol’s son Karan Deol and Sahher Bambba, failed to make a mark as chemistry between the lead pair wasn’t exactly crackling to create many memorable moments. The film tanked at the box office and minted Rs 7.95 crore. 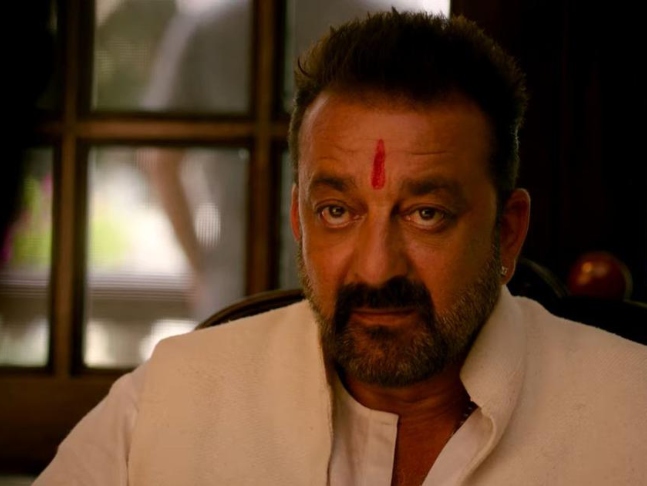 Set amidst the backdrop of elections, Prassthanam is at heart, a family drama so expectedly all the elements of one are present here – betrayal, murder, complex inter-personal dynamics, twists and turns, lust for power and most importantly, sibling rivalry. Starring Sanjay Dutt as the lead, the pre-intermission part turned out to be a bit slow and failed to pique the curiosity. The film earned Rs 4.75 crore. 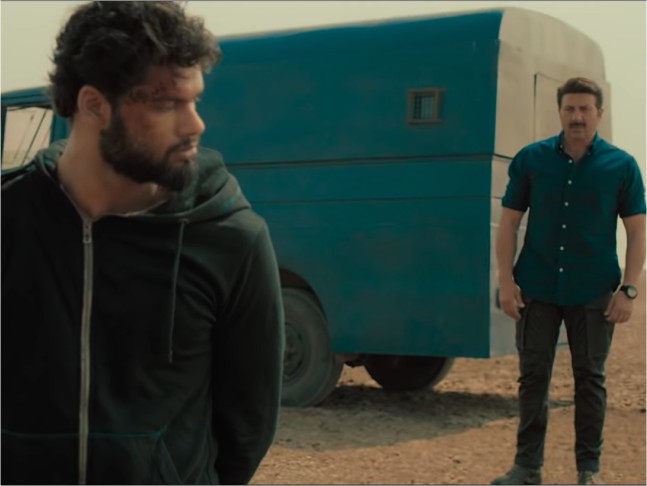 Karan Kapadia, the cousin of Twinkle Khanna, made his Bollywood debut with Blank, which has been helmed by Behzad Khambata. The story line of the action thriller revolved around the life of a suicide bomber. Nonetheless, the film seemed a bit dragged and struggled to collect Rs 5.15 crore. 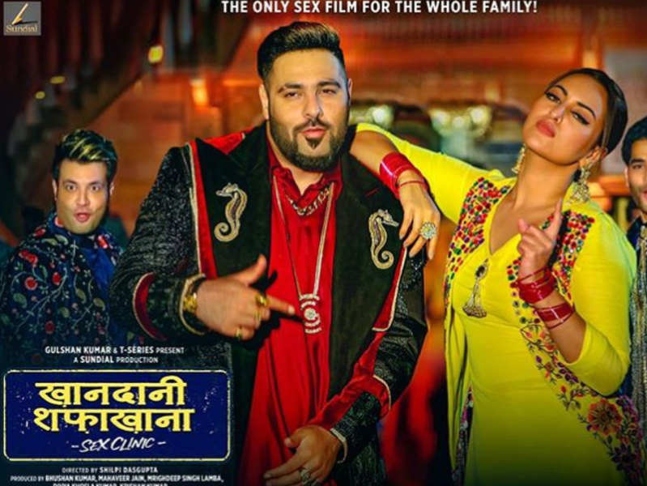 The film, starring Sonakshi Sinha, promised multi-pronged subject - women, and couples with sexual problems in a conservative community, the social stigma around sex, and a general unawareness about Unani medicine. Although the film touched upon all these elements, it only does that in fits and starts. The film earned Rs 3.83 crore. 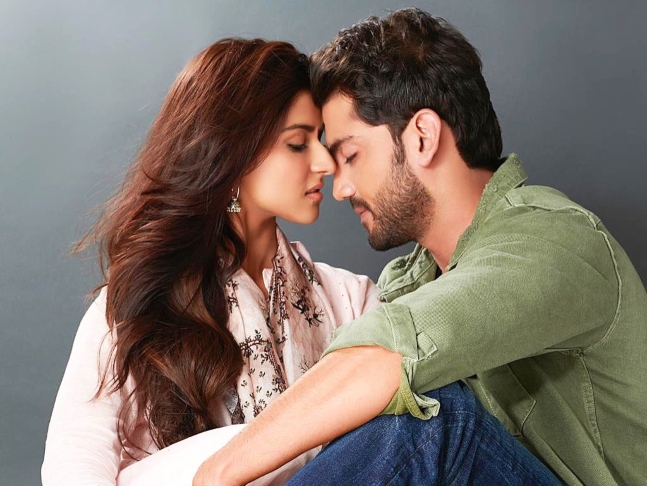 Actor Zaheer Iqbal and Pranutan Bahl made their Bollywood with Notebook. The film managed to leave the audience with a satisfying, feel-good emotion at the end. But it failed miserably and even that is an understatement. If you think we are exaggerating, allow us to enlighten you with the fact that the film only managed to earn Rs 3.72 crore. 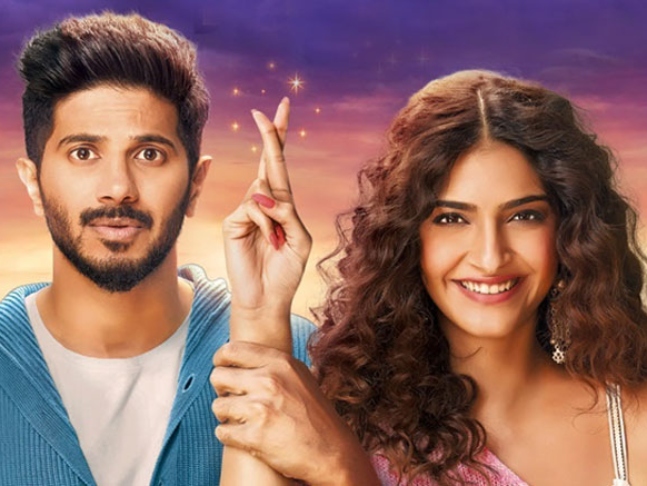 In the film, while Sonam Kapoor plays Zoya Solanki, who becomes a lucky charm for the Indian Cricket team during the 2011 Cricket World Cup, she is cast opposite Dulquer Salmaan, cast as the captain of the team who does not believe in luck and superstitions. Even their fresh pairing didn't help since the film flopped and collected just Rs 3.12 crore at the box-office. In the Navdeep Singh directorial, Saif Ali Khan was seen in a never-before avatar, in the role of a naga sadhu. It was a surprise flop. As in, wasn't the trailer of the film quite impressive? Well, it clearly wasn't what met the eye when it released and collected Rs 2.36 crore.

Films which did poor business despite critical acclaim

Based on the lives of India's oldest sharpshooters Chandro Tomar and Prakashi Tomar, the film starred Bhumi Pednekar and Taapsee Pannu. Taapsee and Bhumi were outstanding. Their bonhomie showed in their performances – Taapsee being feisty and Bhumi calm. Despite that, the film earned just Rs 23.40 crore. 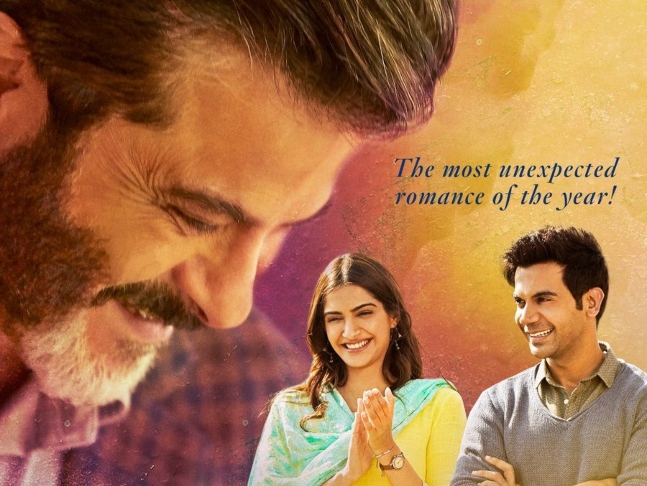 This year Sonam Kapoor appeared in the film Ek Ladki Ko Dekha Toh Aisa Laga. Written by transwoman Gazal Dhaliwal who has been down the road (she also penned the dialogues), the film dealt with a closet lesbian coming to terms with her sexuality and her conservative but rambunctious family. Although the film was a joyride, it did not fare quite well and raked in Rs 20.28 crore.

The film is based on the real-life story of Aditi (Priyanka Chopra) and Niren Chaudhary (Farhan Akhtar) and their daughter Aisha, who was diagnosed with SCID (Severe Combined Immuno-Deficiency). Spanning over three decades, TSIP kept the audience engaged with how a relationship and family cope (and don’t) with extreme circumstances. Albeit, the film couldn’t excite the audience and collected a mere 20.03 crore. 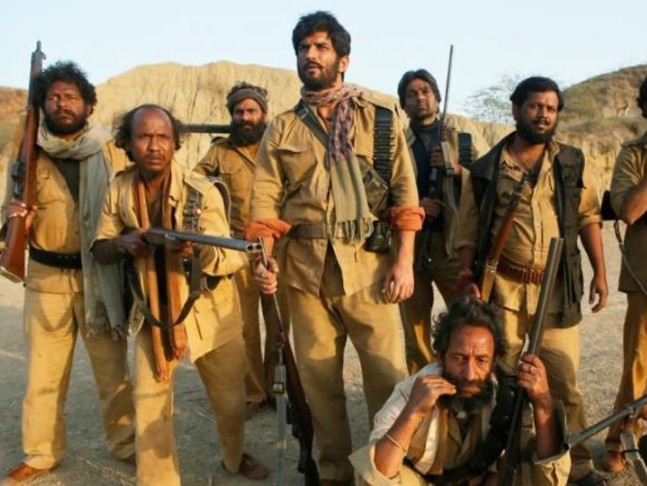 Sonchiriya was a dacoit action film featuring Bhumi Pednekar, Sushant Singh Rajput and Manoj Bajpayee among others, and its dialogues were in the Chambal dialect. Despite critical acclaim, the film proved to be too niche for the mainstream audience and minted Rs 6.60 crore. 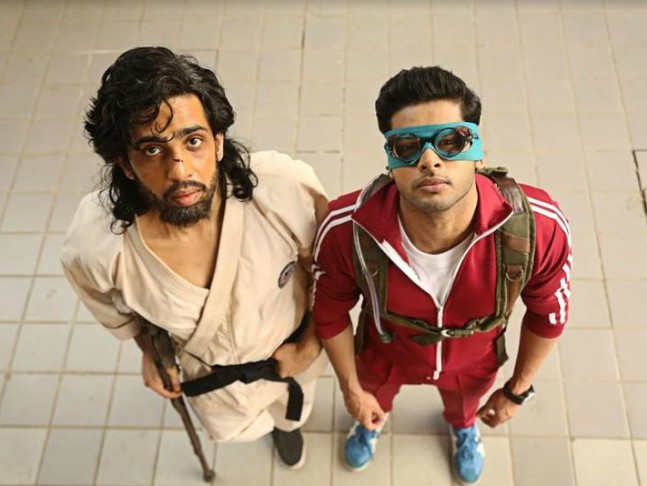 The story revolved around a young boy played by Abhimanyu Dassani, who makes an unusual debut in Bollywood.  The Vasan Bala directorial, which premiered in India at the 20th Jio MAMI Mumbai Film Festival, even got a standing ovation from the audience. But at the box office, it failed miserably and collected just Rs 2.03 crore.