Priyanka Chopra Jonas, though has attained the status of a global star rightfully, is a true blue desi girl at heart and she has mirrored this fact quite a number of times. Married to American pop singer Nick Jonas in December last year, the Bajirao Mastani actress adapted to the Jonas culture but stayed grounded to her religious beliefs and festivals too. Now, as the nation is gearing to celebrate Holi on Tuesday (March 10), how could Priyanka give it a miss?

Priyanka along with Nick came back to her hometown Mumbai today to bring in the festival of colours with her mother Madhu Chopra and other family members. While Holi is still a couple of days away, Isha Ambani Piramal, today (March 6) hosted a party at her residence and invited the who's who of Bollywood, including her friend Priyanka. The actress came with Nick. 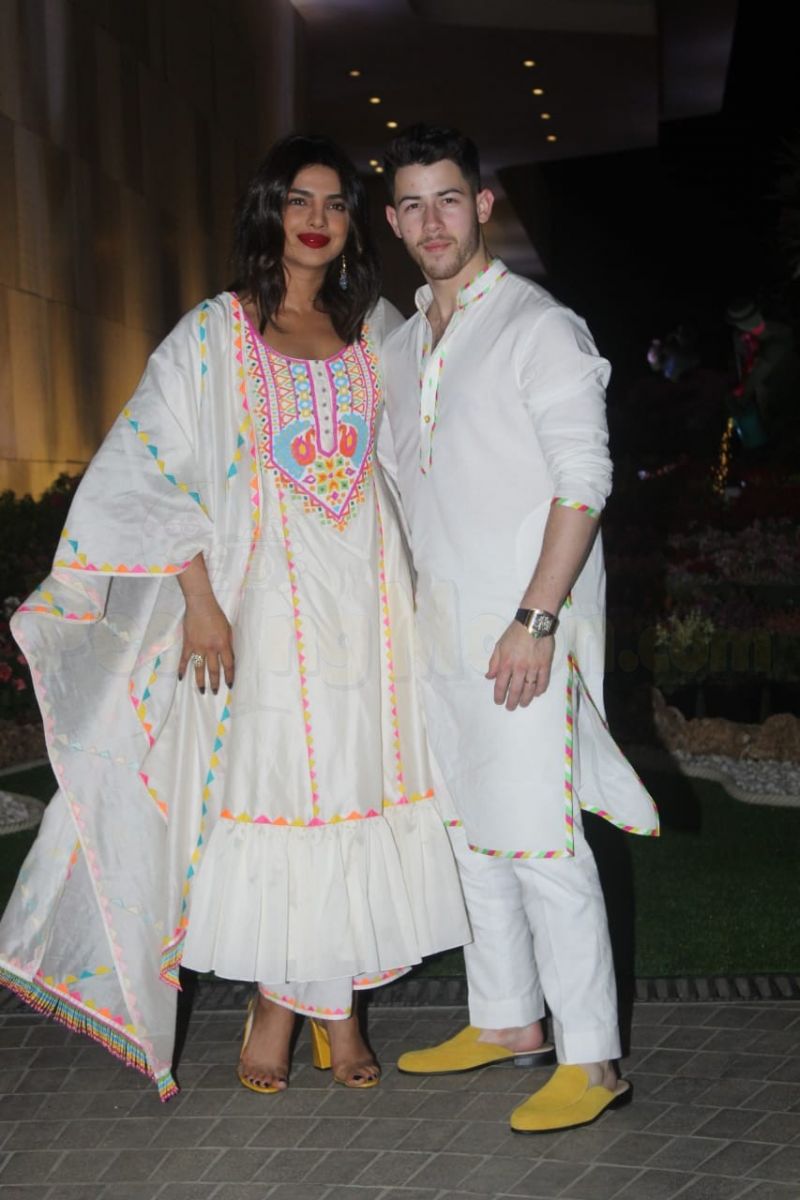 For the Holi party, Priyanka and Nick twinned in white ethnic wear. 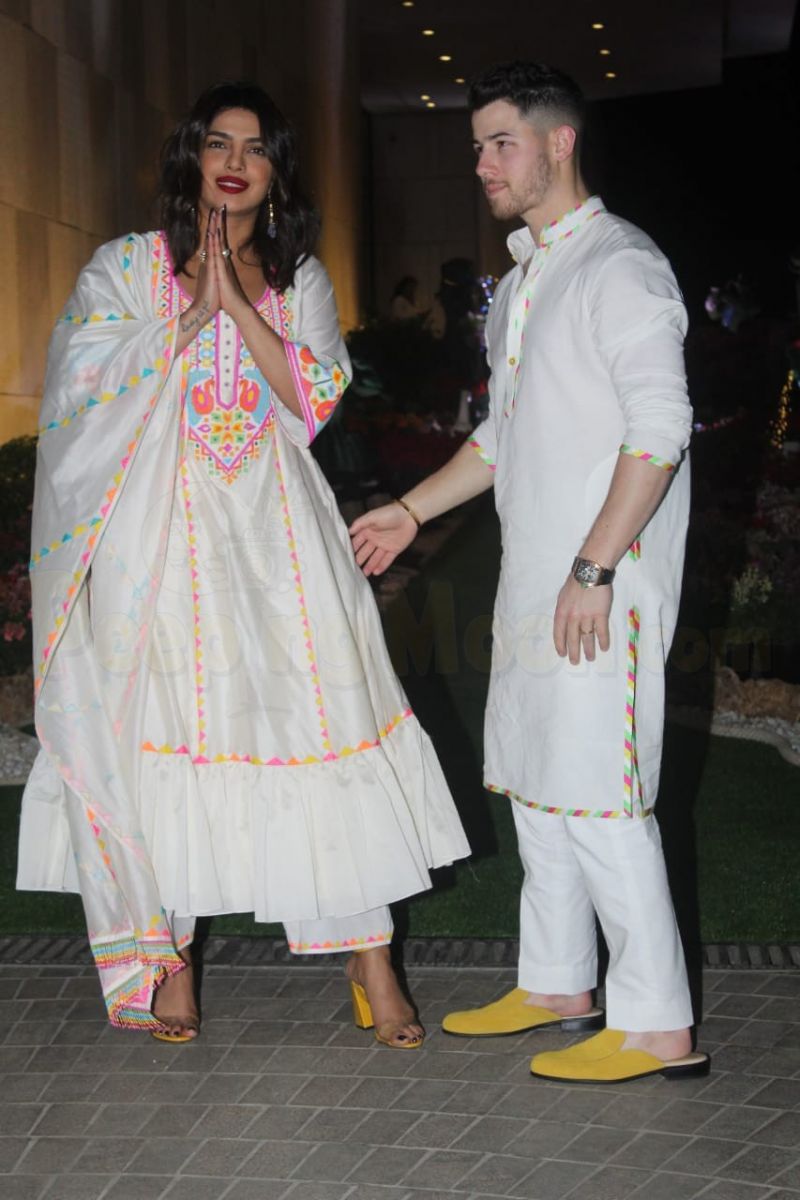 The actress rounded off her look with a red pout and did her hair into soft waves. 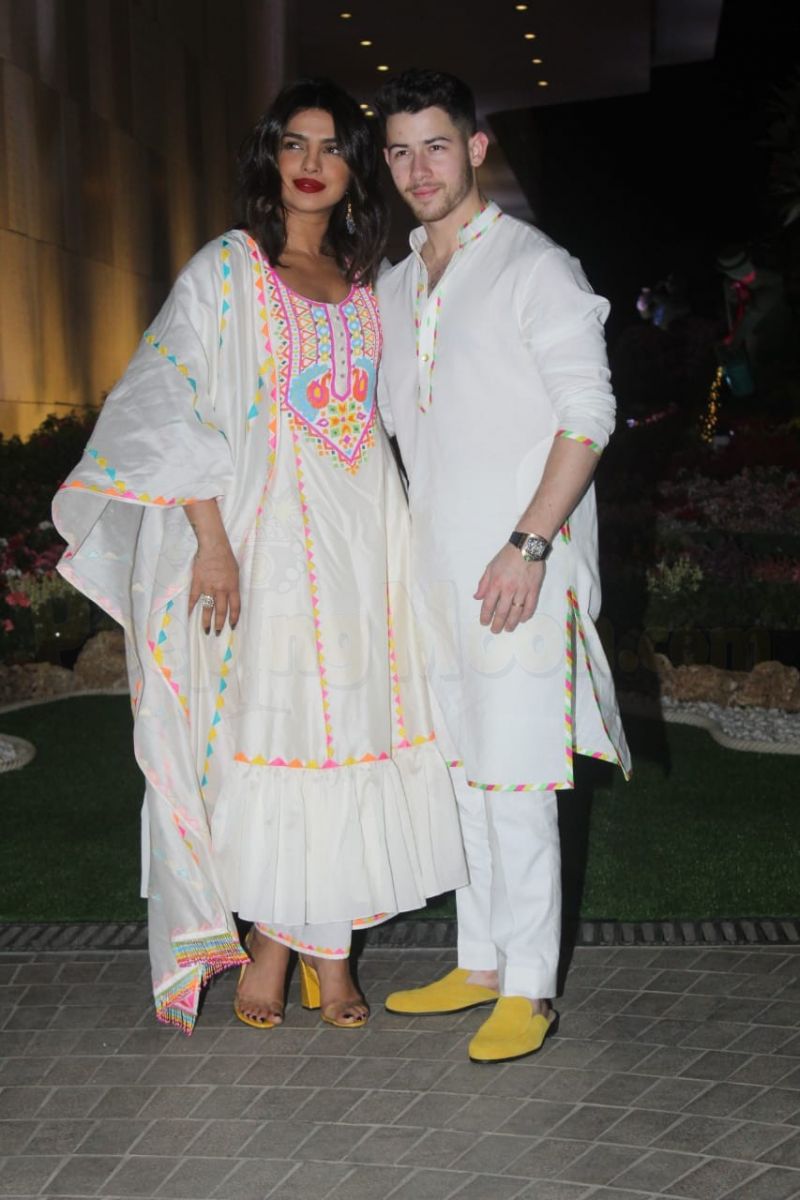 Not just outfits, Priyanka and Nick also twinned with respect to their footwear colour. Priyanka stepped out in yellow heels and Nick was in yellow juttis. Adorable, aren't they?

Priyanka and Nick tied the knot in Jodhpur in December 2018. The ceremony was attended by family members of the couple along with a few of their close friends. They got married according to both Hindu and Christian rituals.