The upcoming Varun Dhawan and Sara Ali Khan starrer Coolie No.1 is one of the highly awaited films of 2020. Directed by David Dhawan, the project finds itself amidst much fanfare. As Coolie No. 1 is two months away from its release, the team wrapped the shoot in Goa on February 20, 2020. Now, on Saturday night, the makers of the rom-com hosted a star-studded wrap-up bash in the city.

In attendance at the party were Varun and Sara who are the lead actors of the film. 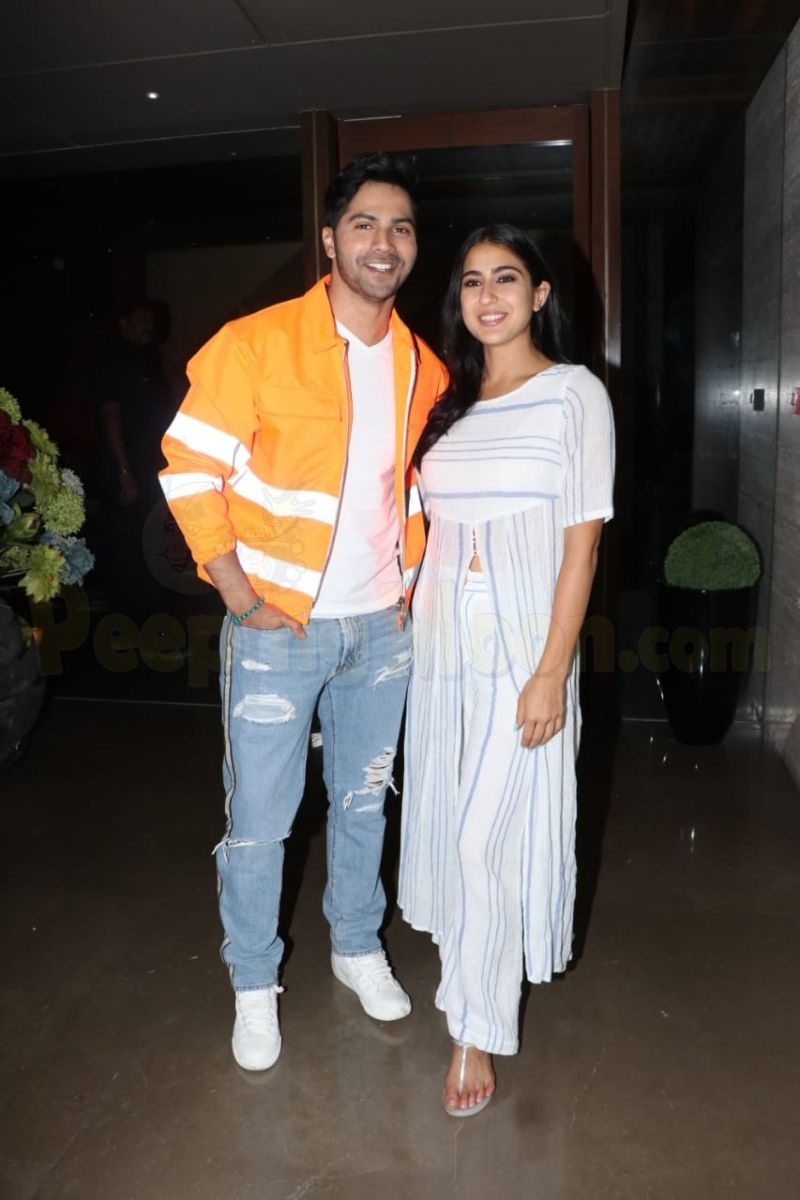 The duo, who has teamed up for the first time for a feature film, looked stunning at the bash. Giving a glimpse into their fun chemistry, Sara and Varun went clickety-click. 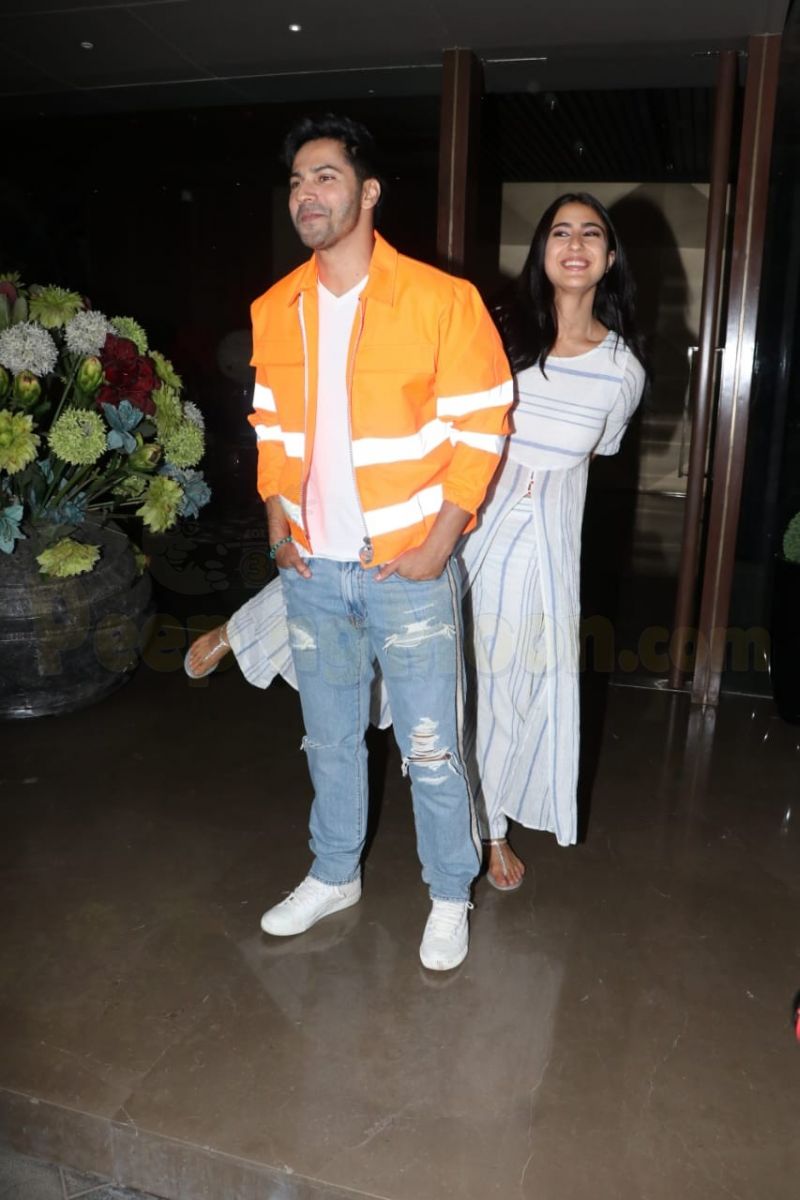 Photobomber Sara surely left Varun in splits and this picture is proof!

Sara made a stunning appearance at the party. 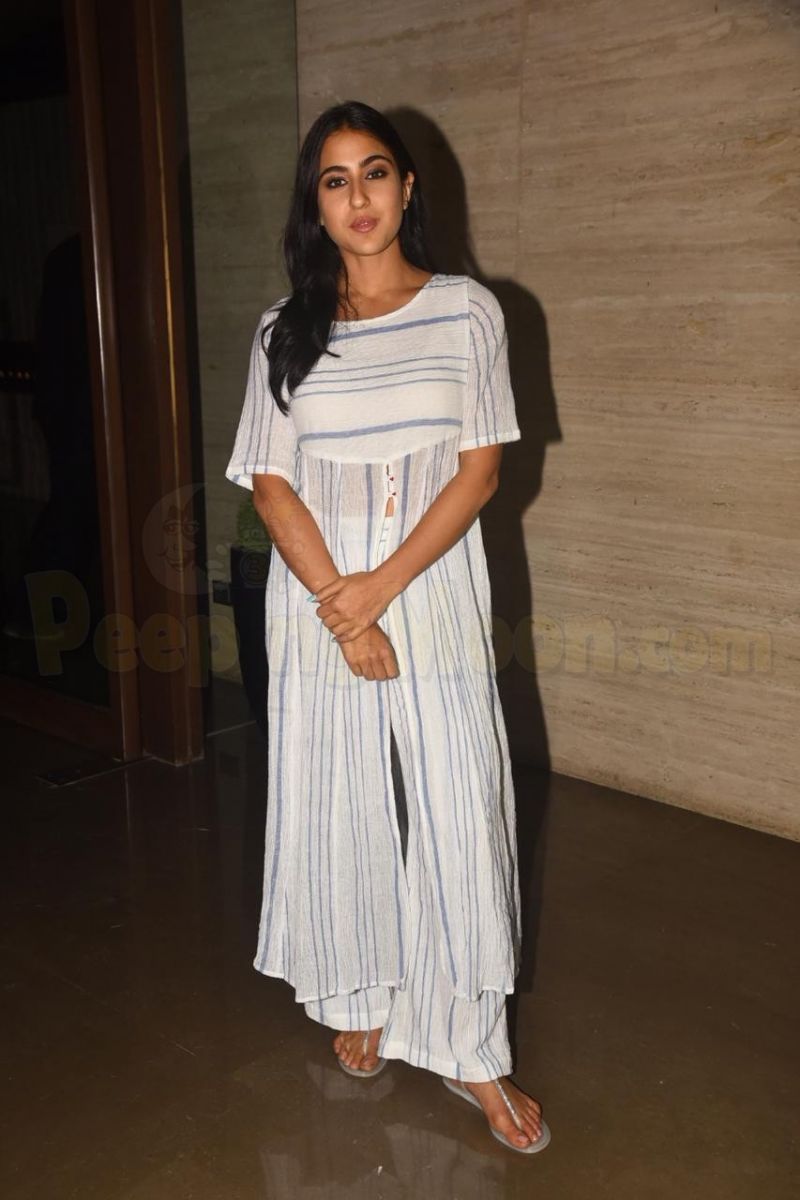 The actress, for the evening, opted for a white and blue striped separates. She went the no accessories way. 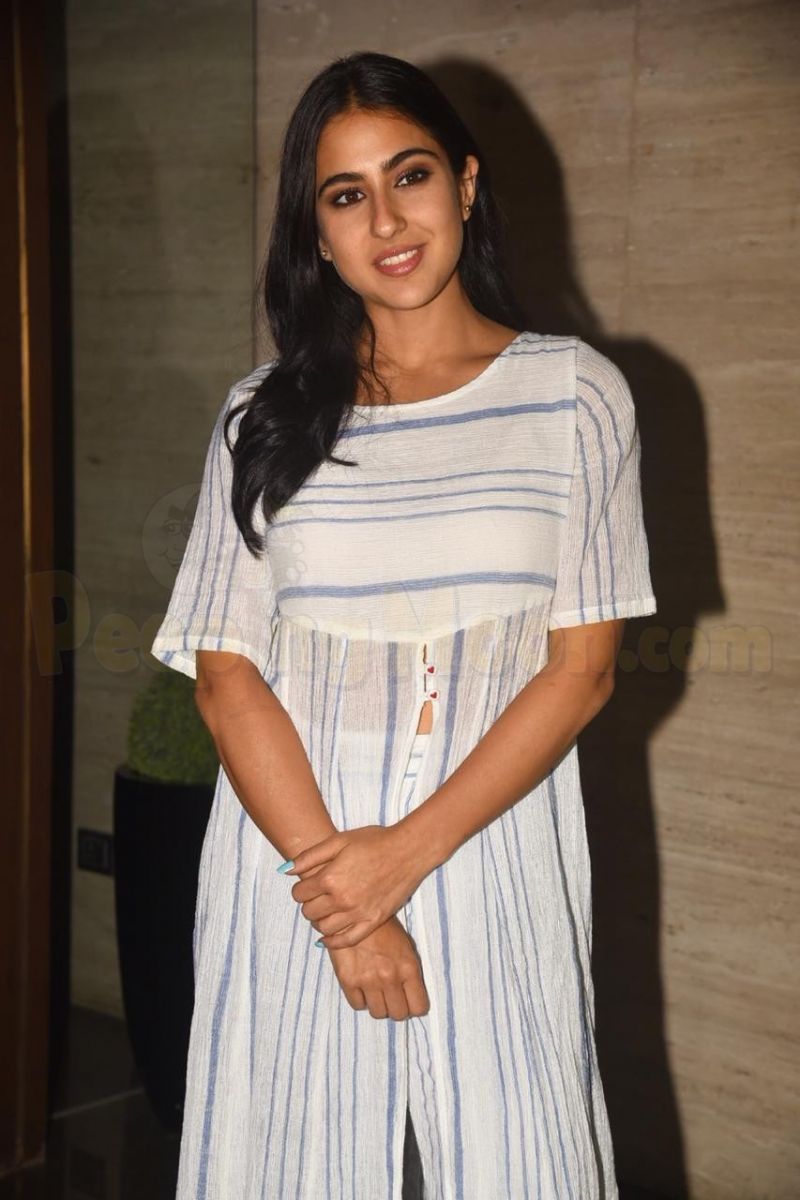 With soft waves and minimal glam, Sara was good to go.

Varun, on the other hand, rocked his casual look. 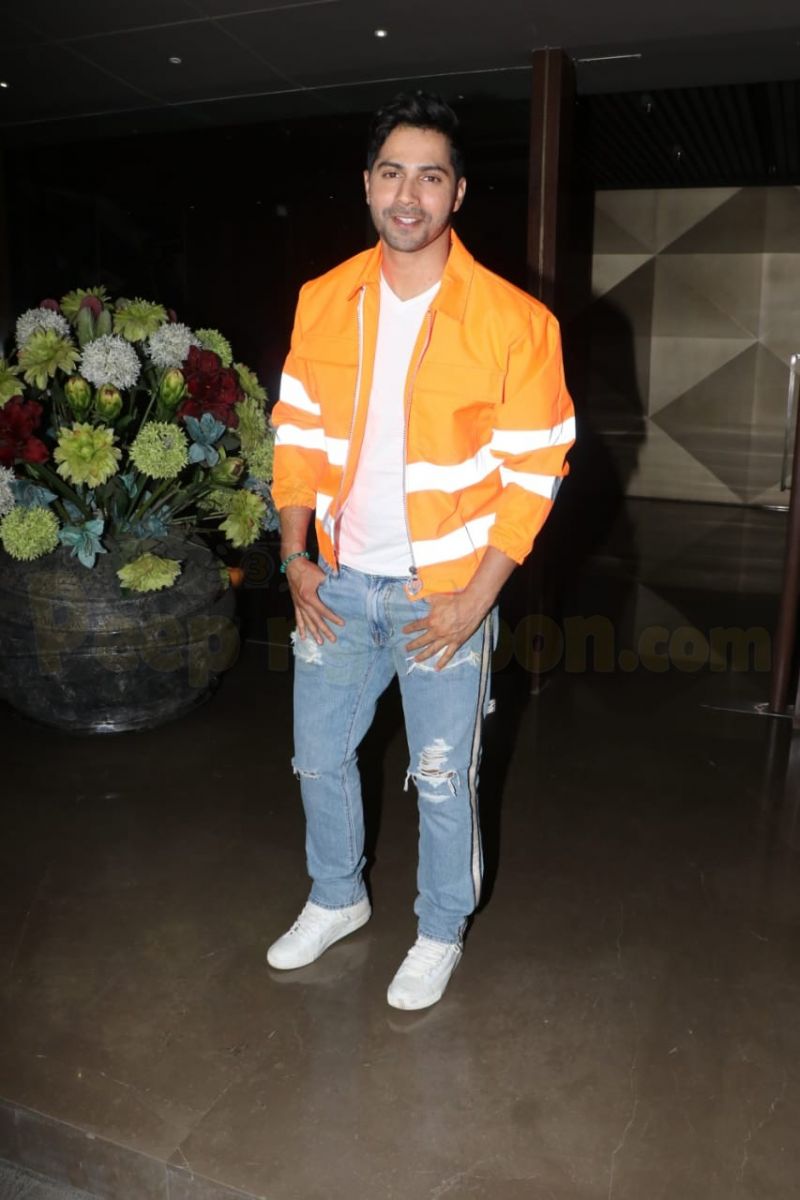 He wore ripped jeans, a white tee and an orange coloured jacket. 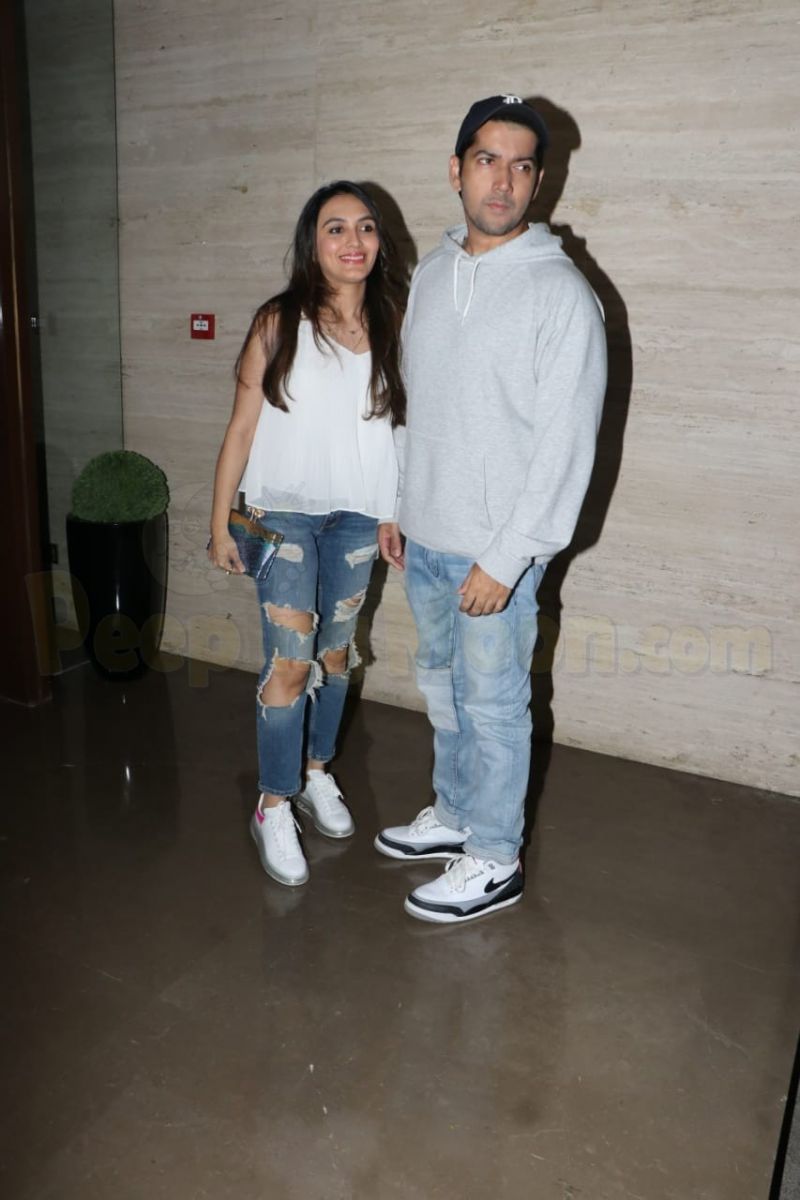 Rohit opted for a grey sweatshirt and jeans while Jaanvi looked pretty in a white tee and ripped jeans.

Karisma Kapoor, who was the lead in the original Coolie No. 1 starring Govinda, was also at the party. 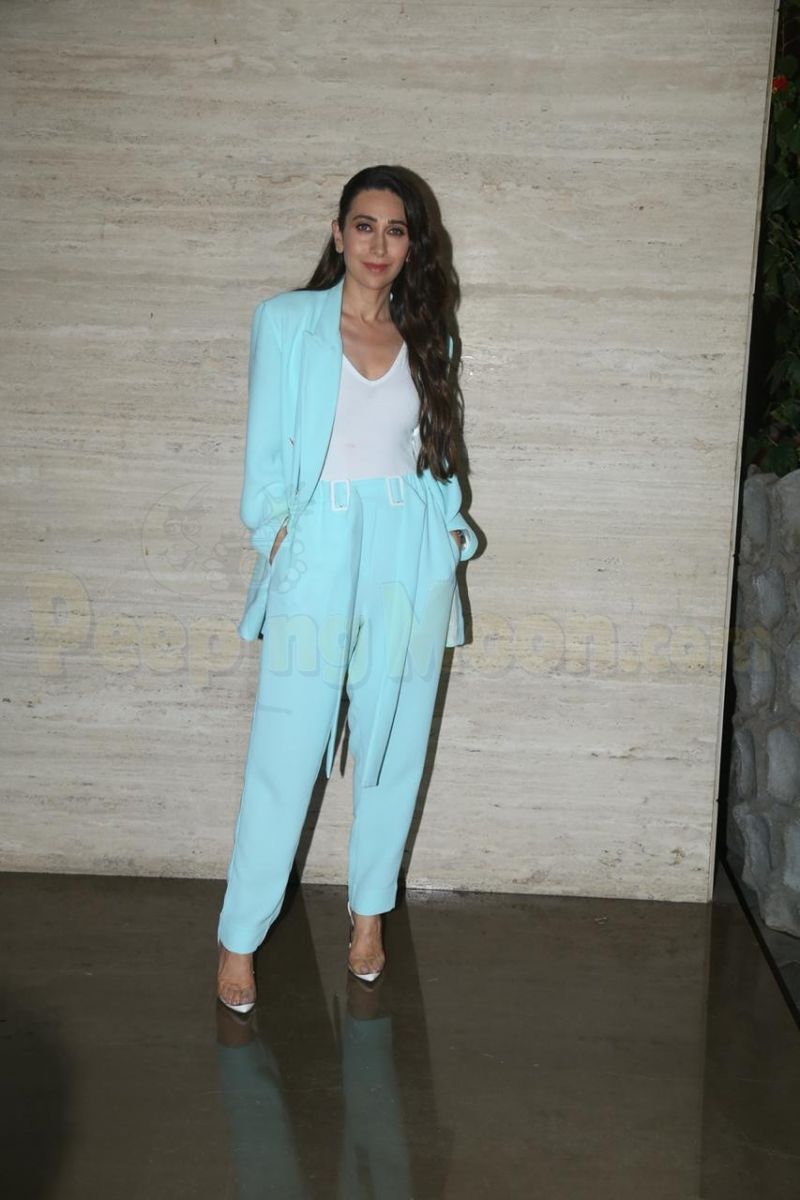 The actress made for a gorgeous sight as she wore a light blue and white pantsuit. 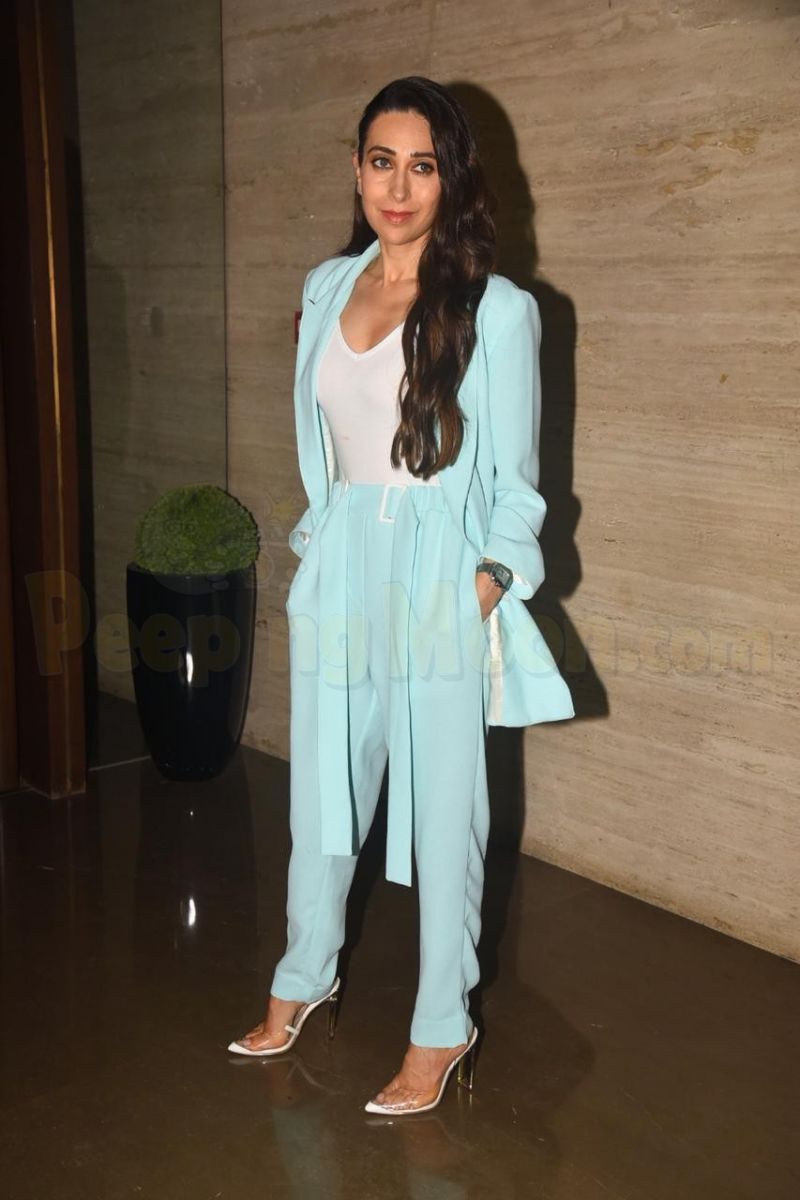 With transparent heels and a radiant glam, Karisma was good to go. 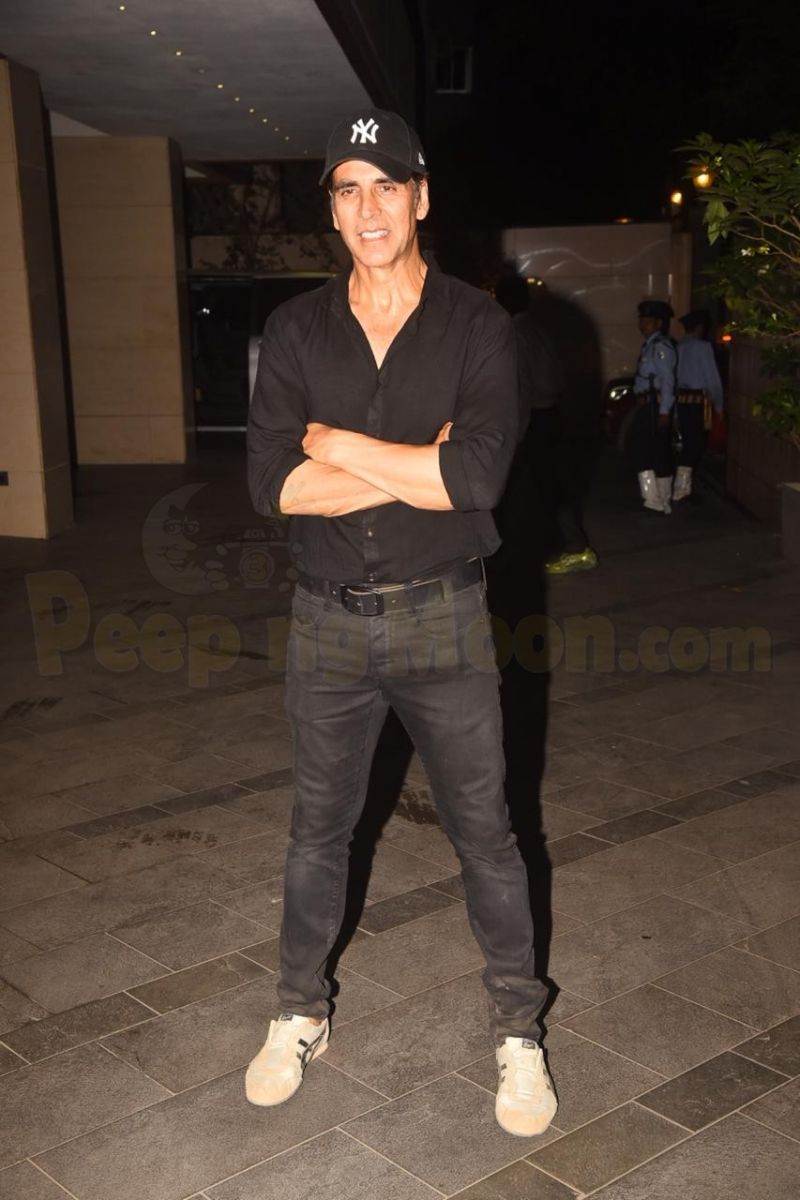 The actor who is currently gearing up for the release of Sooryavanshi, looked handsome in all black. 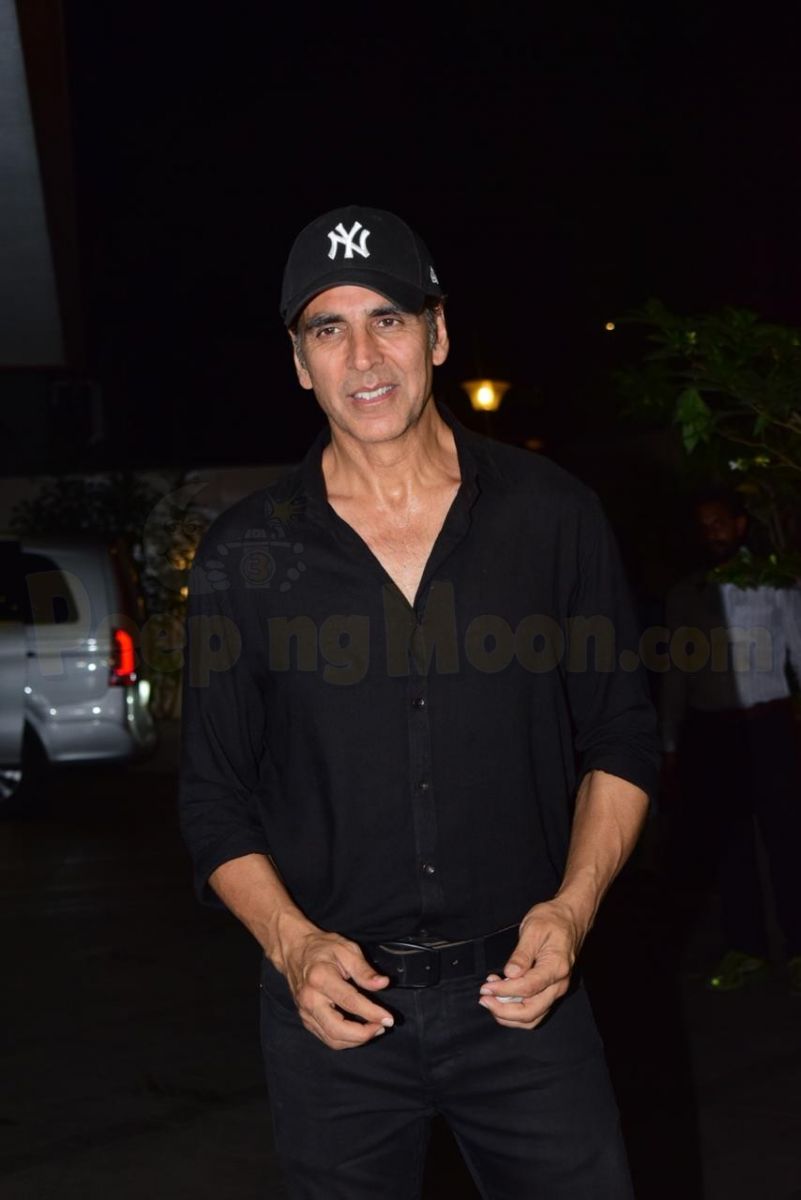 Posing for the cameras with a happy smile, Akshay was all dapper.

Alaya F was also clicked at the do. The actress who made her debut with Jawaani Jaaneman, which was produced by the makers of Coolie No. 1, looked stunning in yellow. 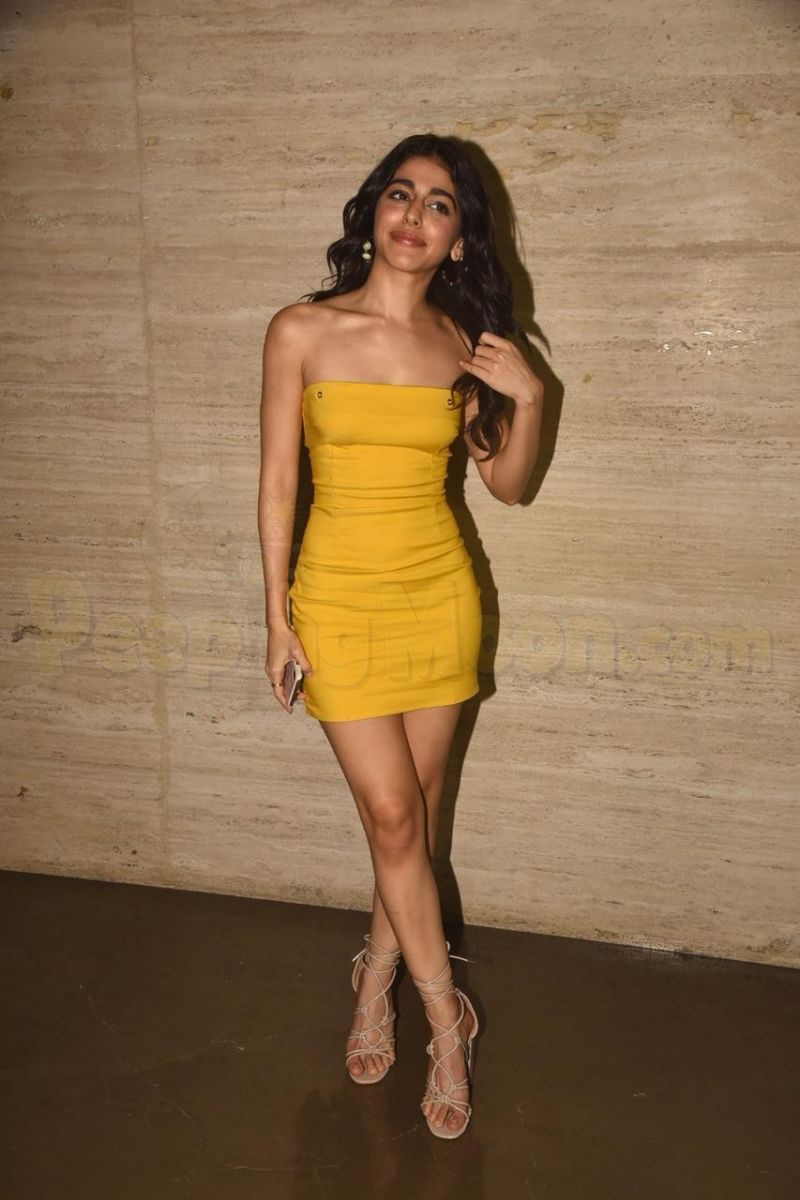 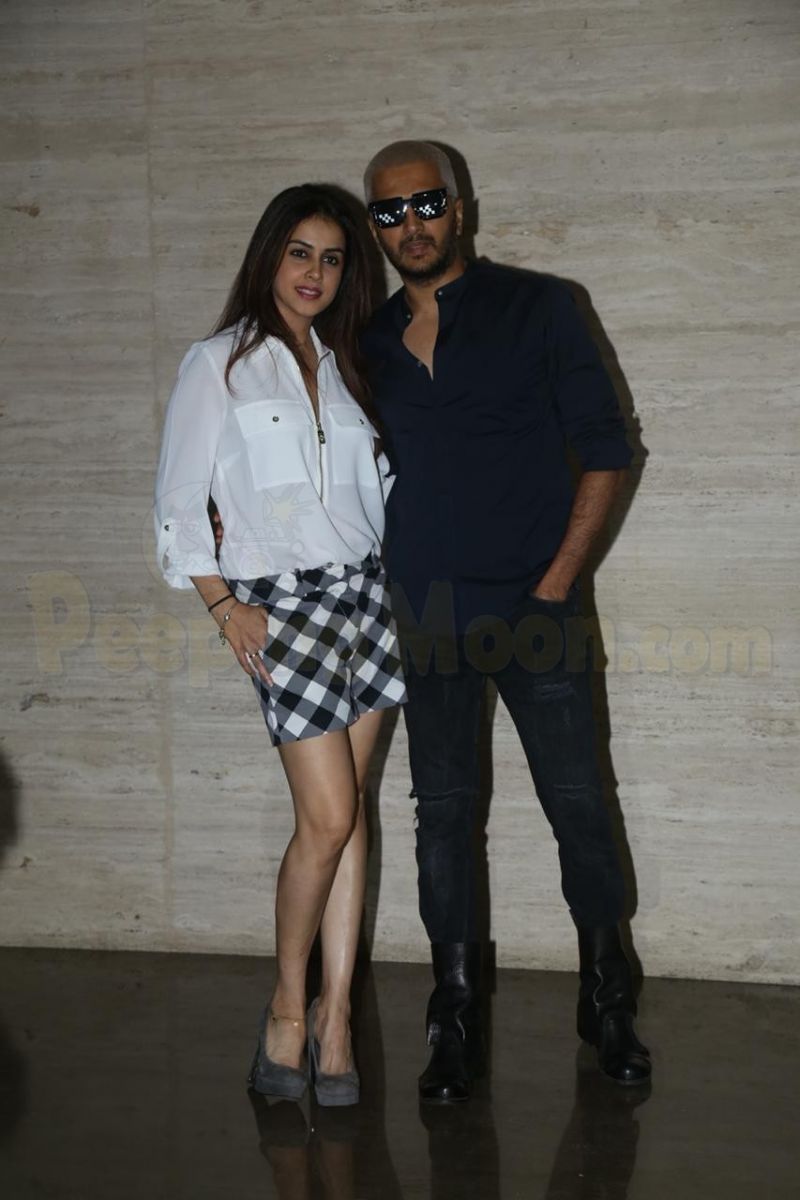 The duo posed for the cameras happily. 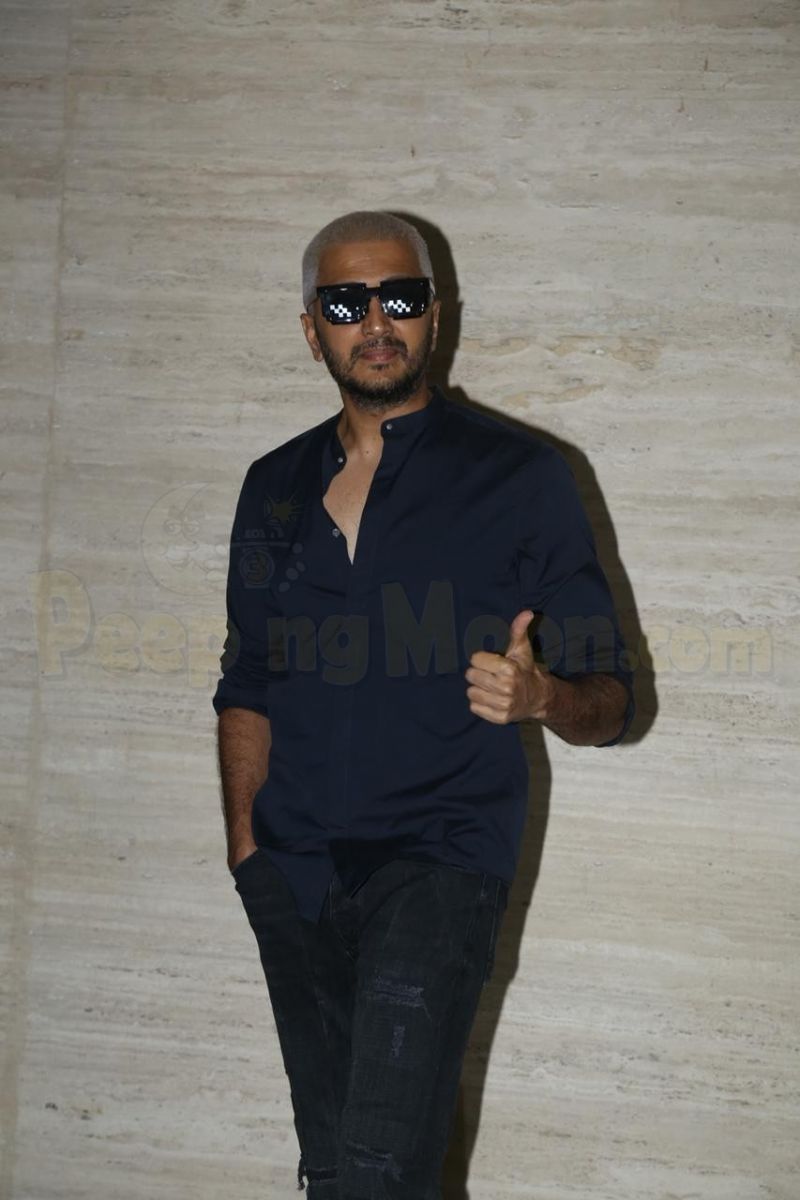 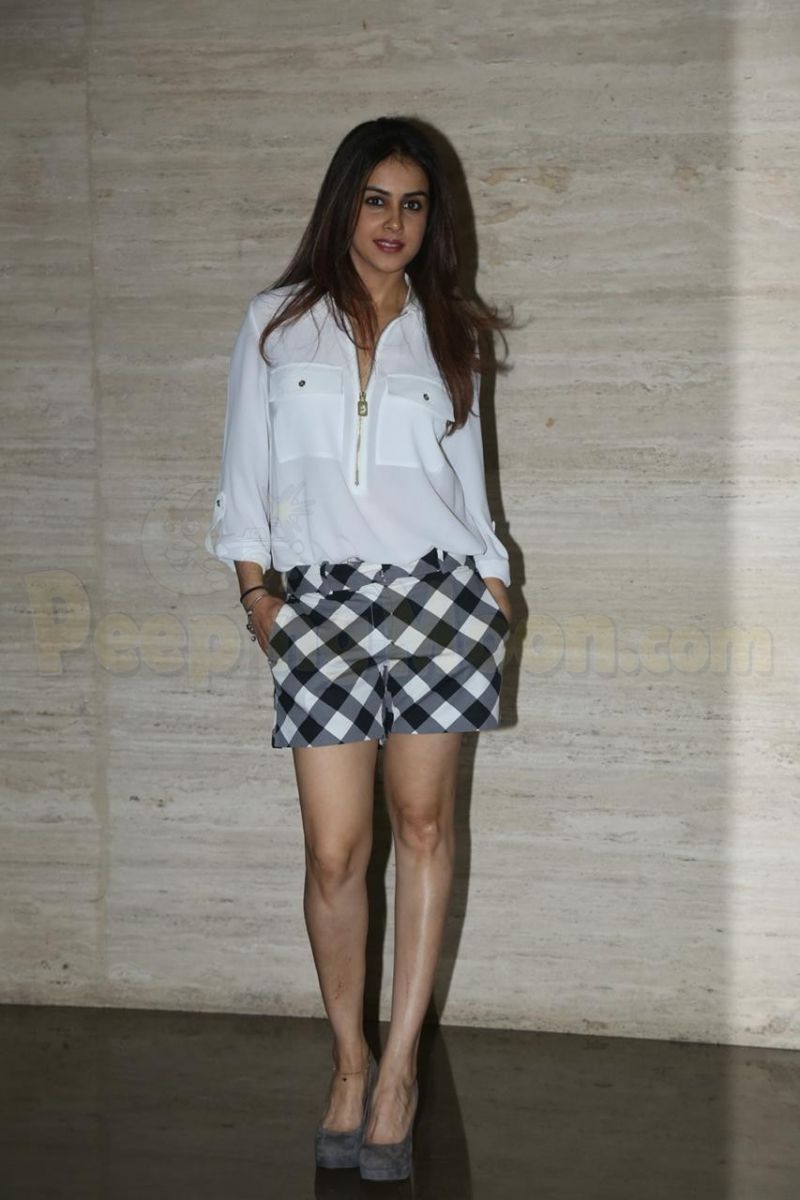 Genelia stunned in a checkered shorts and shirt.

The director of Coolie No. 1, David Dhawan along with his wife Lali aka Karuna Dhawan attended the bash. Posing for the cameras together, the couple looked adorable.

Dinesh Vijan attended the do with his wife. 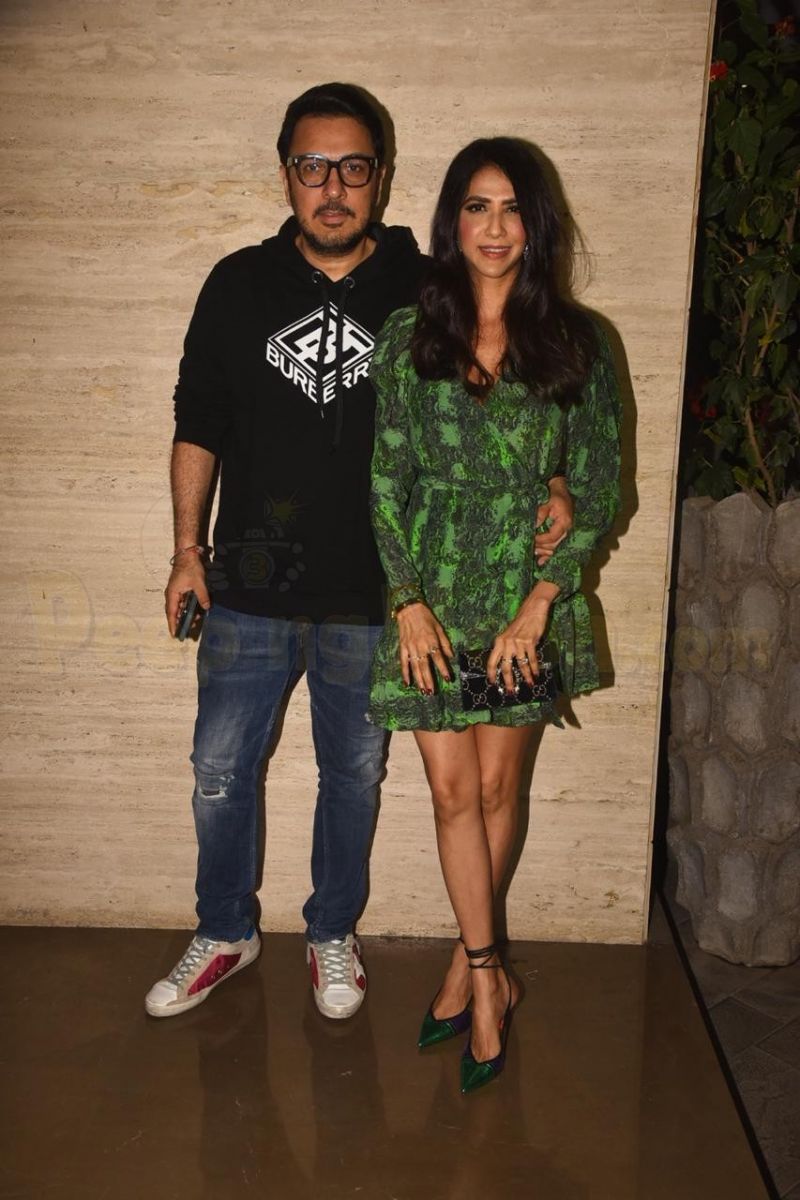 The two were seen clicking pictures together. 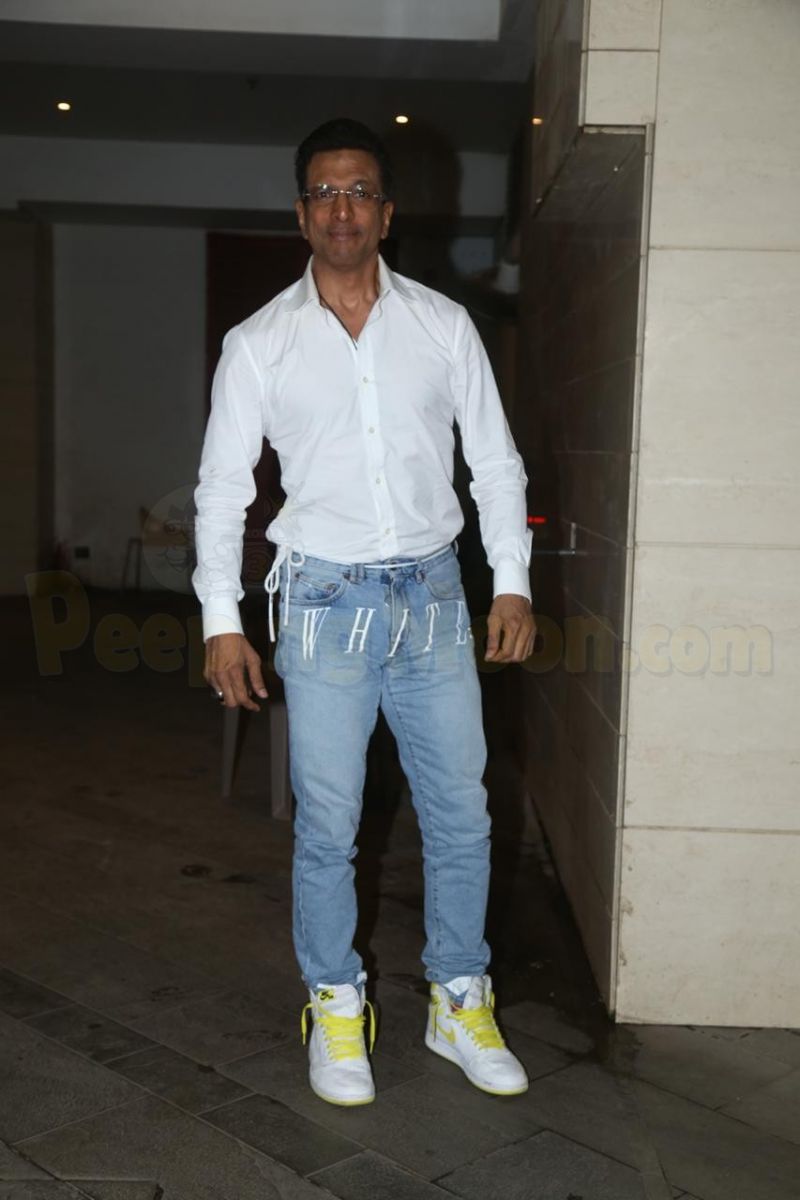 The actor who plays Sara's reel father in Coolie No. 1 posed for the cameras happily. 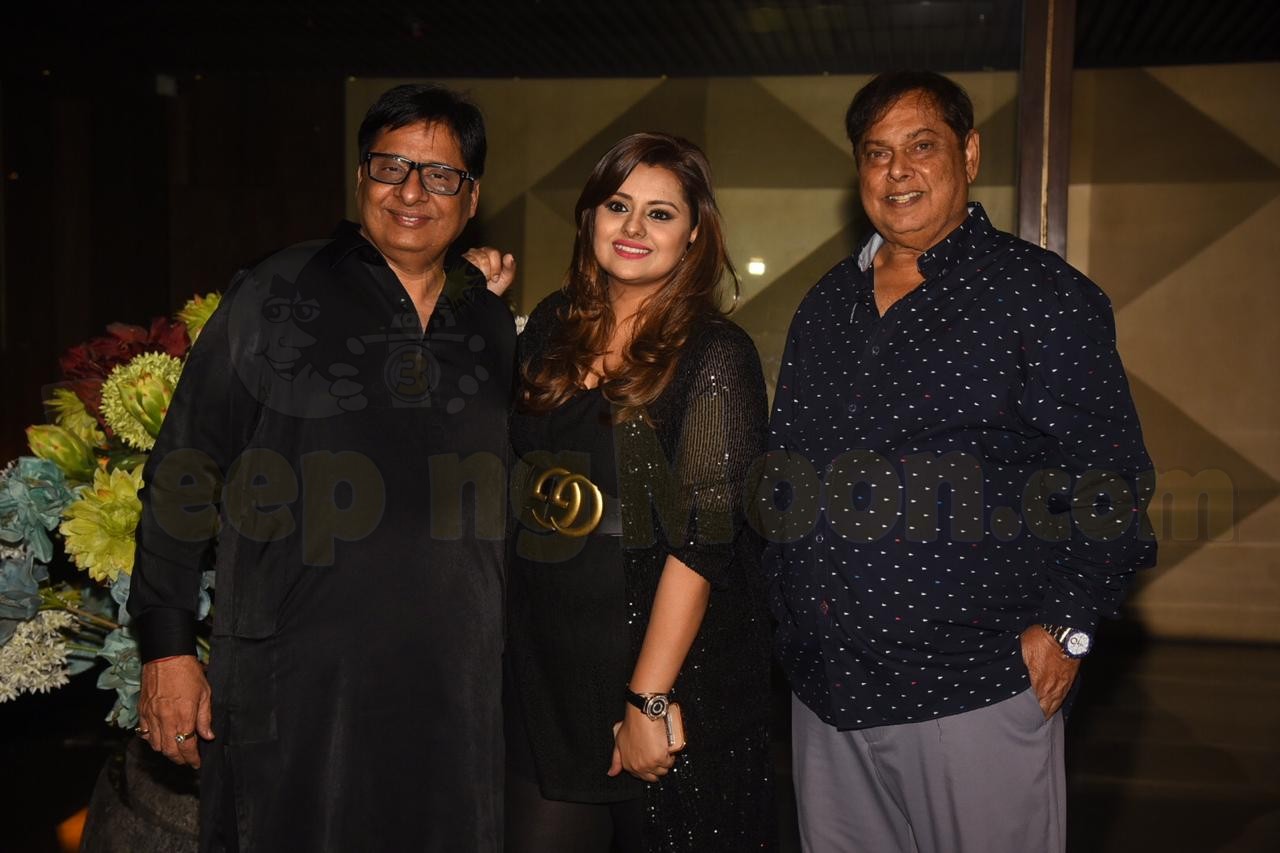 They posed with David for the shutterbugs.

Sophie Choudry joined Coolie No. 1 team at the party. 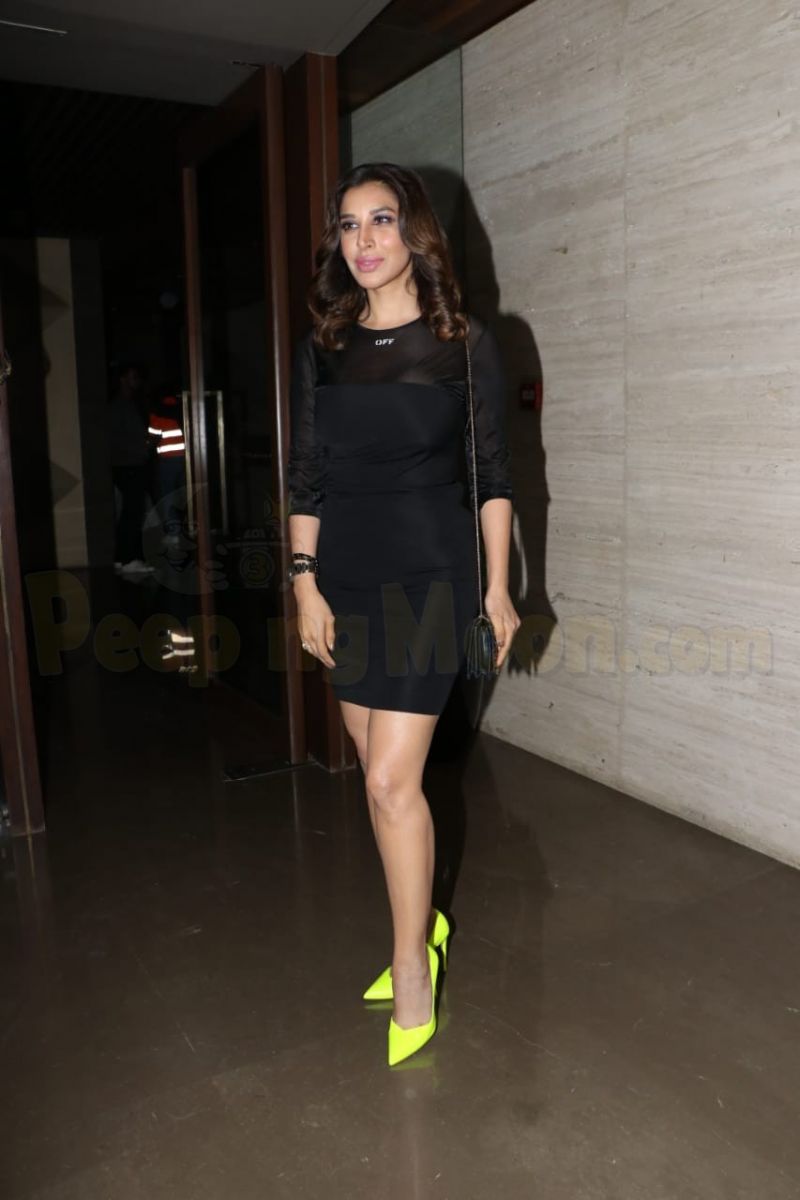 The actress looked pretty in a black outfit.

She posed for the shutterbugs with Sara and Varun. 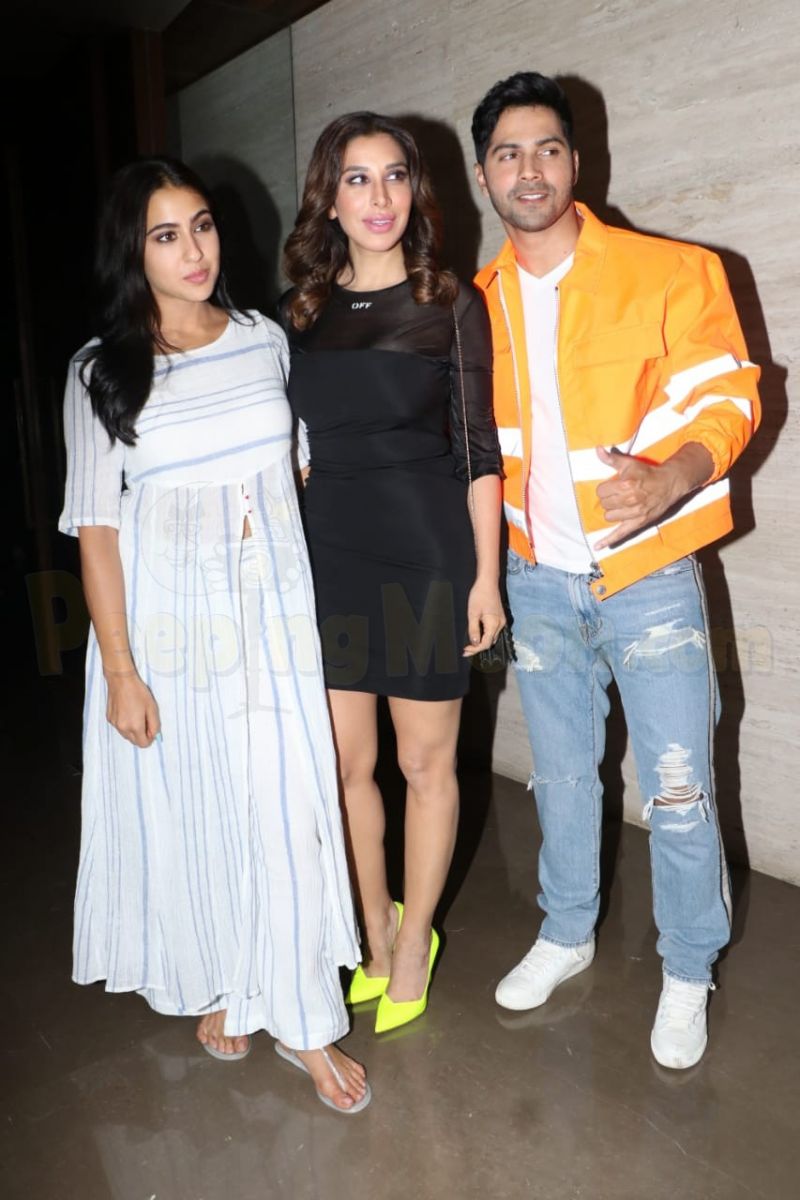 Coolie No.1 is scheduled to release on May 1, 2020. Apart from Sara and Varun, Coolie No. 1 features Paresh Rawal, Shikha Talsania, Johnny Lever, Jaaved and Rajpal Yadav in important roles.