The grandson of late filmmaker Raj Kapoor, Armaan Jain tied the knot with his sweetheart Anissa Malhotra in a lavish ceremony held on Monday in Mumbai. The couple, who is said to have dated each other for nearly 7.5 years, took the plunge in front of family and close friends. With the biggest of names in Bollywood marking their presence, the wedding was indeed a glamorous one. The Jains and Malhotras, post the wedding threw a reception party on Tuesday for not just B-Town but also for Hollywood personality, Elizabeth Hurley. Elizabeth who has projects like Gossip Girls, Bedazzled and others to her merit attended the do to bless the newlyweds.

Elizabeth, for the star-studded reception, wore a dazzling silver outfit. Her sensuous dress had on the torso along with pleats. With ruffled details and a thigh-high slit, she made the temperatures soar. 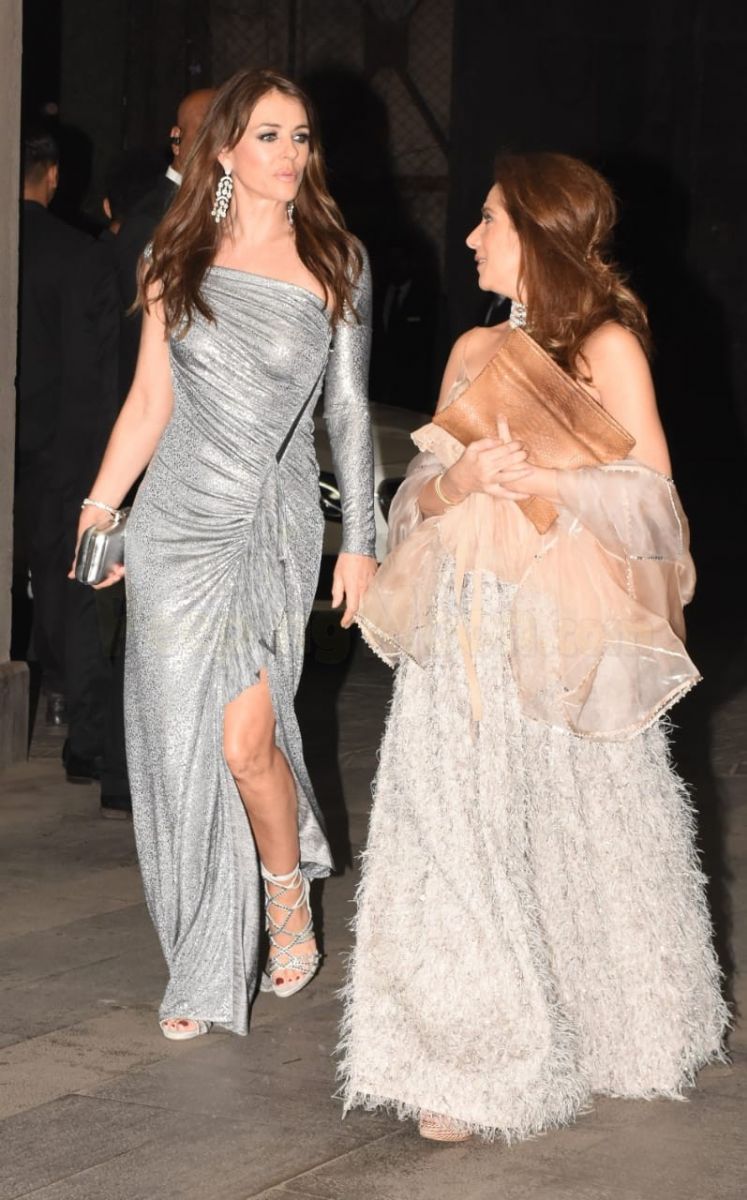 She did her hair into soft waves and went for radiant glam. 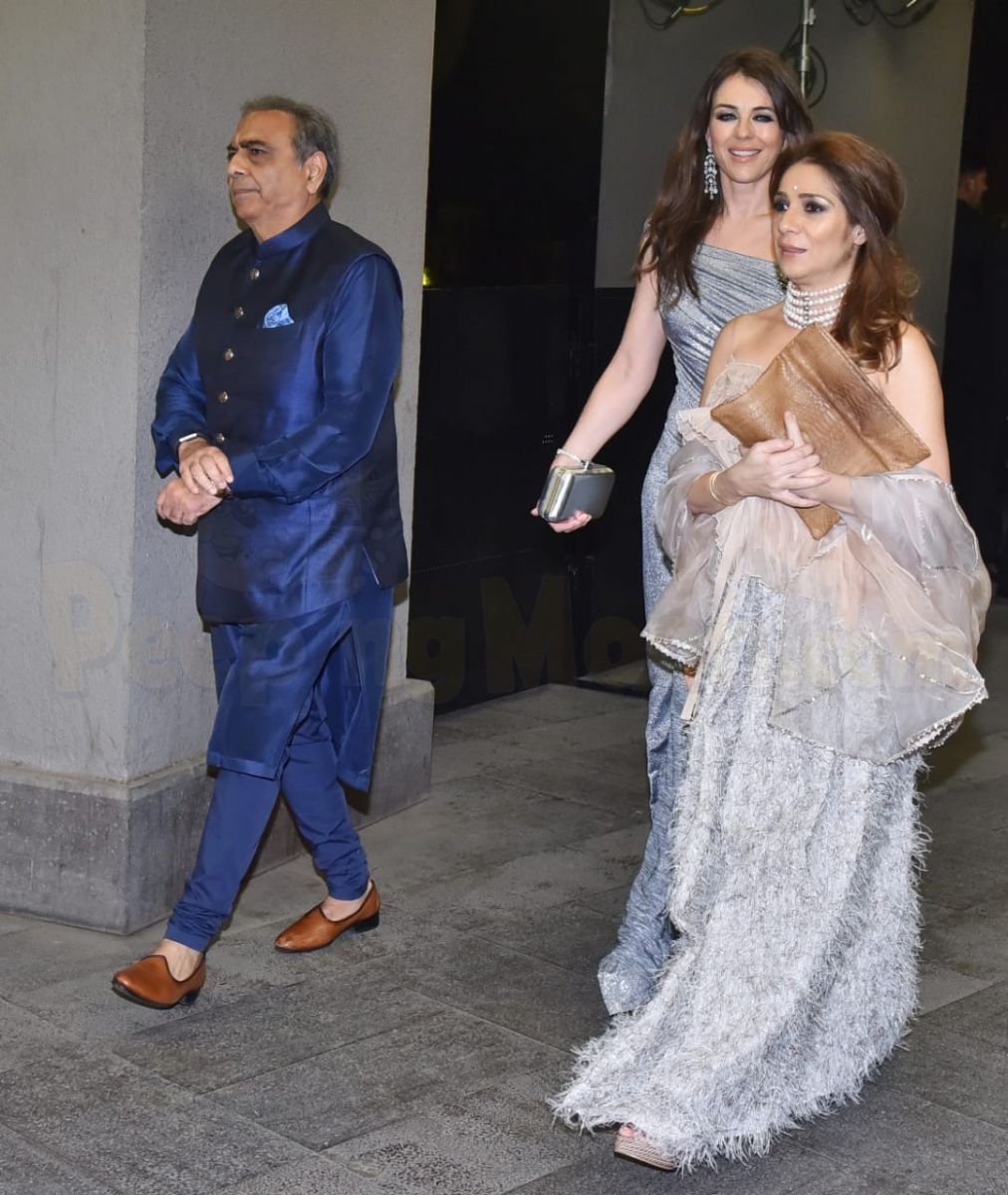 Haseena, on the other hand, opted for feather detailed outfit. She teamed it with a choker. 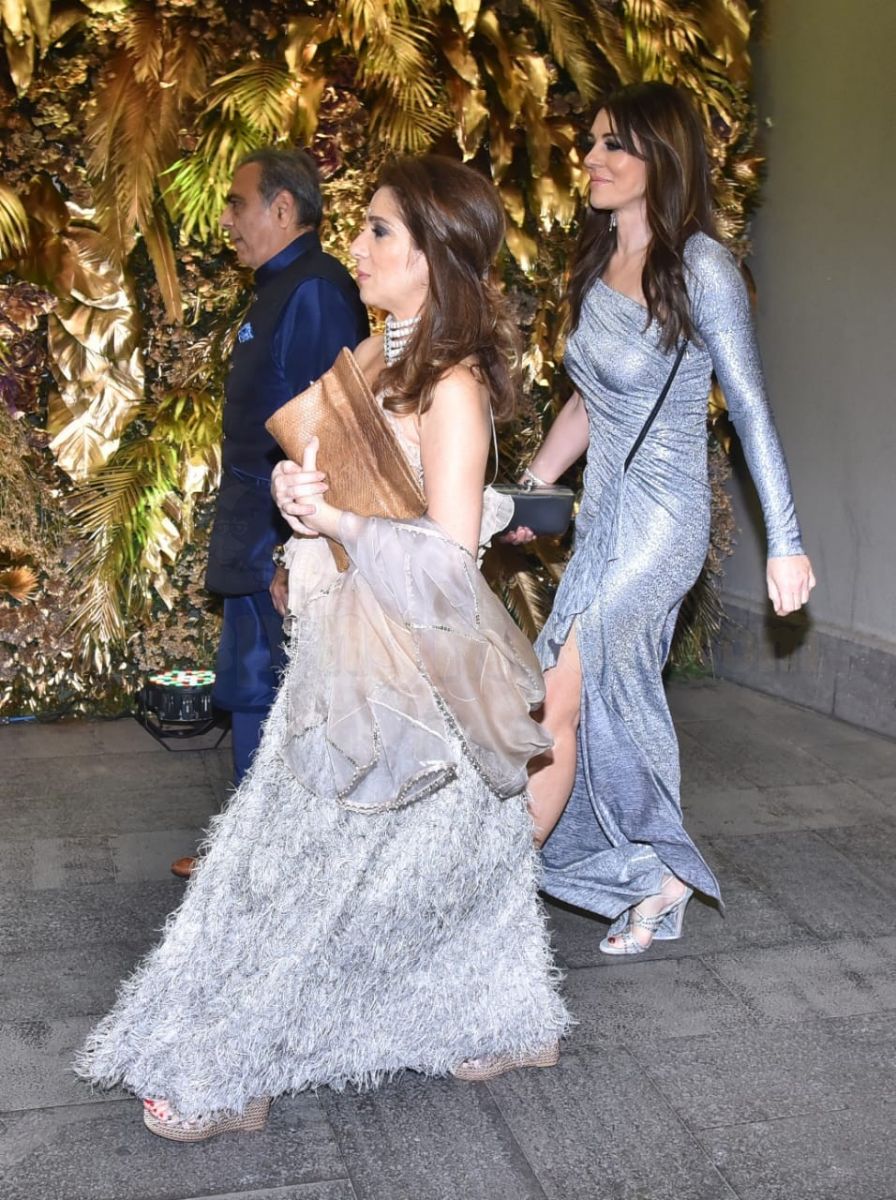 The gorgeous women were clicked while they were arriving for the reception.

Speaking of Elizabeth, she became a household name when she tied the knot with Arun Nayar, an Indian businessman in Umaid Bhawan Palace in Jodhpur in 2007. However, the two called it quits but Elizabeth has been paying a visit to India frequently.