The cousin of actors Ranbir Kapoor, Kareena Kapoor Khan and Karisma Kapoor, Armaan Jain tied the knot with his long-time girlfriend Anissa Malhotra in a star-studded ceremony on Monday. The son of Rima Jain, who is the daughter of late Raj Kapoor, Armaan and Anissa reportedly dated for nearly 7.5 years before taking the plunge. The Jains and Malhotras, on Tuesday, held a grand wedding reception for family and industry friends.

In attendance at the reception was Kiara Advani. The actress, who is a dear friend of Anissa joined the celebrations held in the burbs on Tuesday. 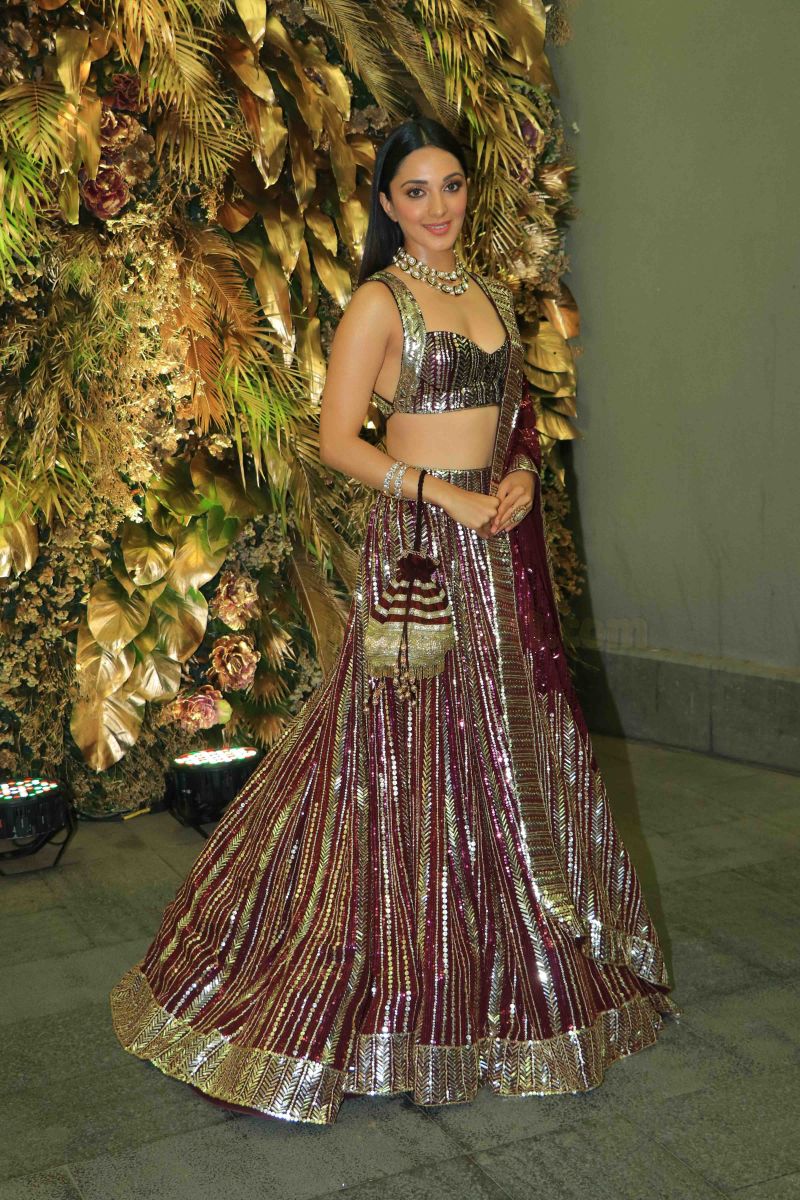 For the wedding, Kiara opted for a maroon and golden lehenga with delicate sequin details. She teamed her outfit with a layered choker and bangles. She carried a maroon potli bag to complete her look. Sidharth Malhotra was snapped at the function too. 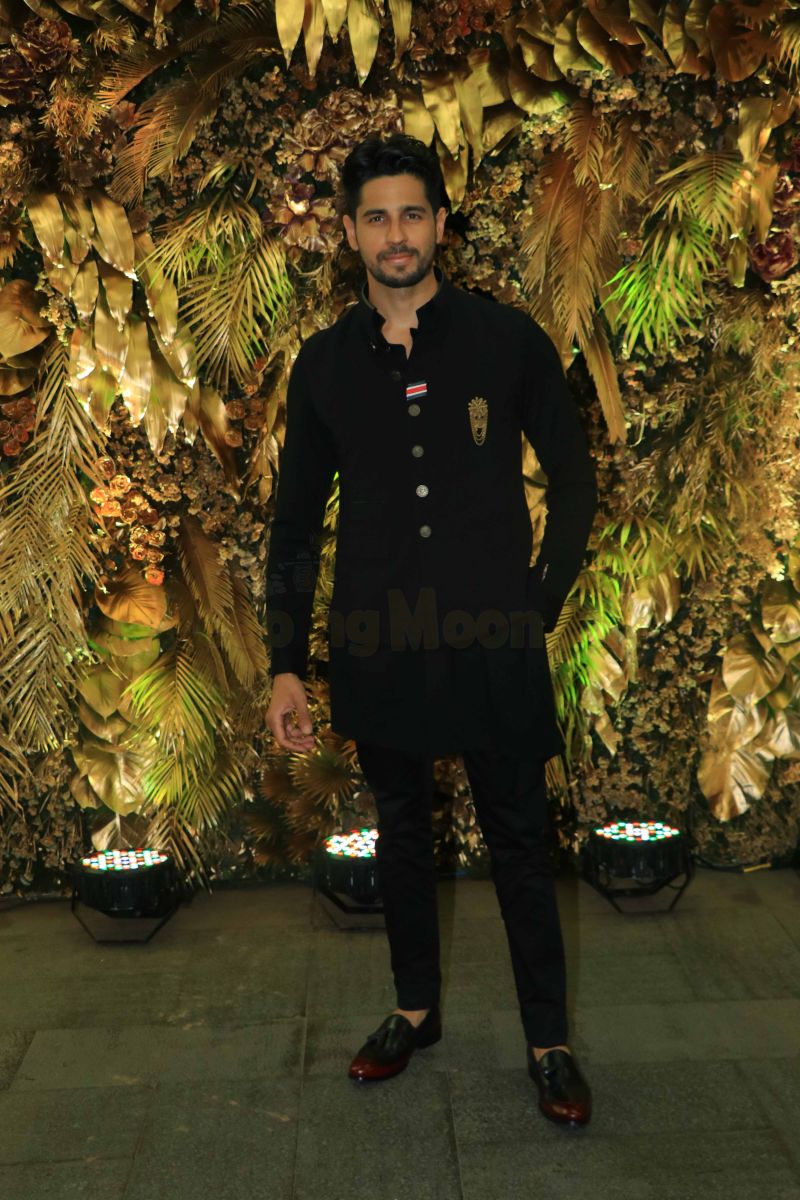 The actor, for the evening, opted for an all-black look and look dapper. 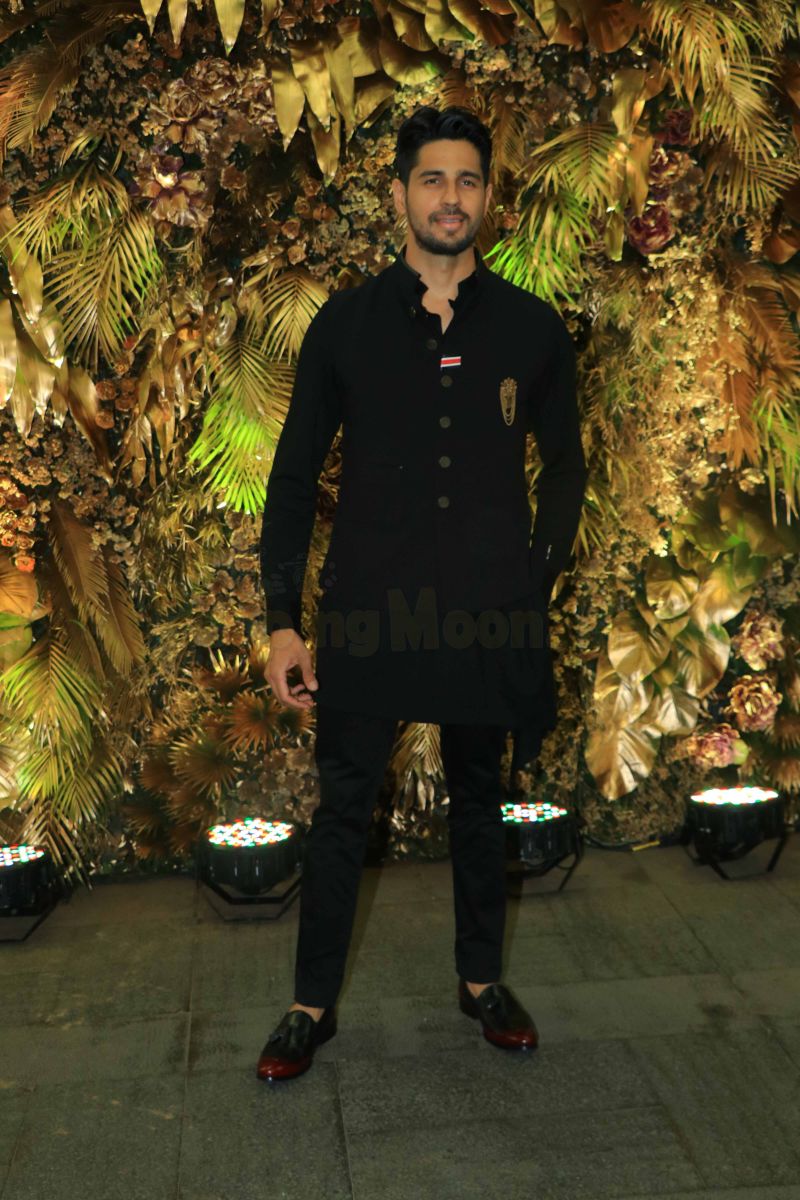 Posing for the cameras, the actor was all smiles.

Tara Sutaria too attended the reception. 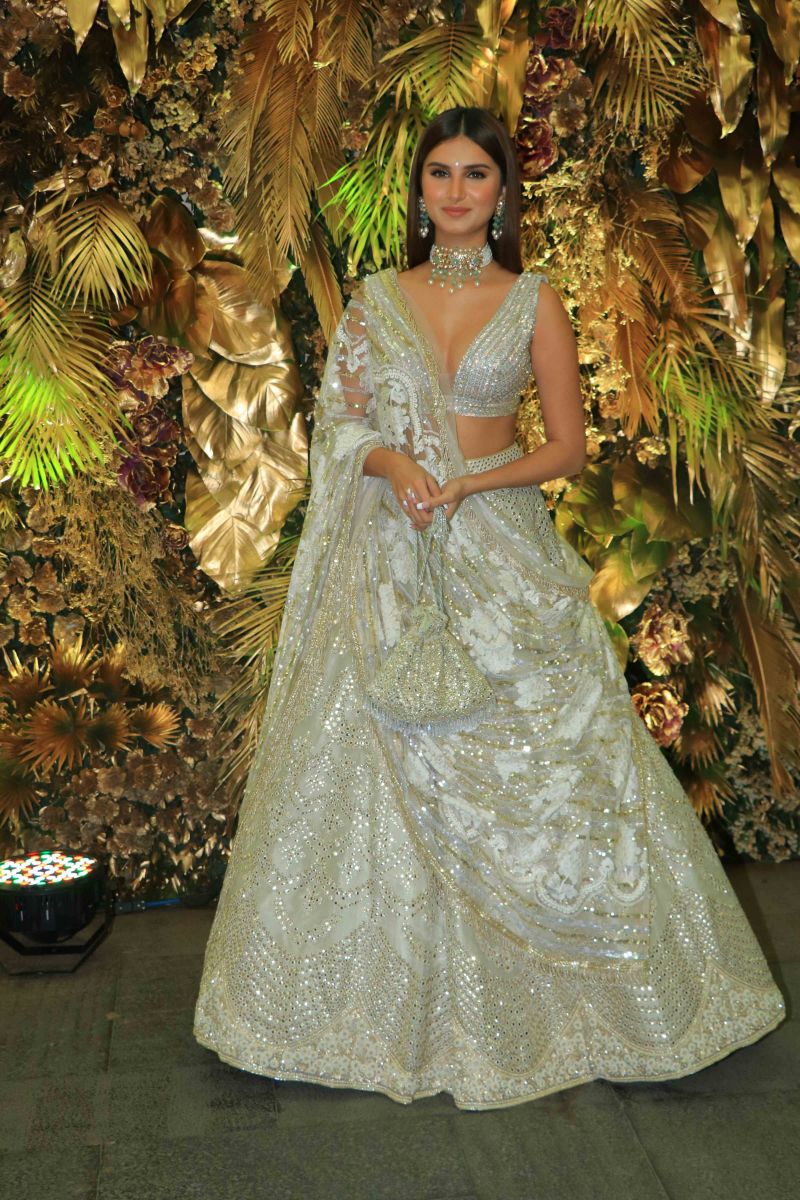 Tara, who is said to be dating Armaan's brother Aadar Jain, looked elegant in a white and golden lehenga. 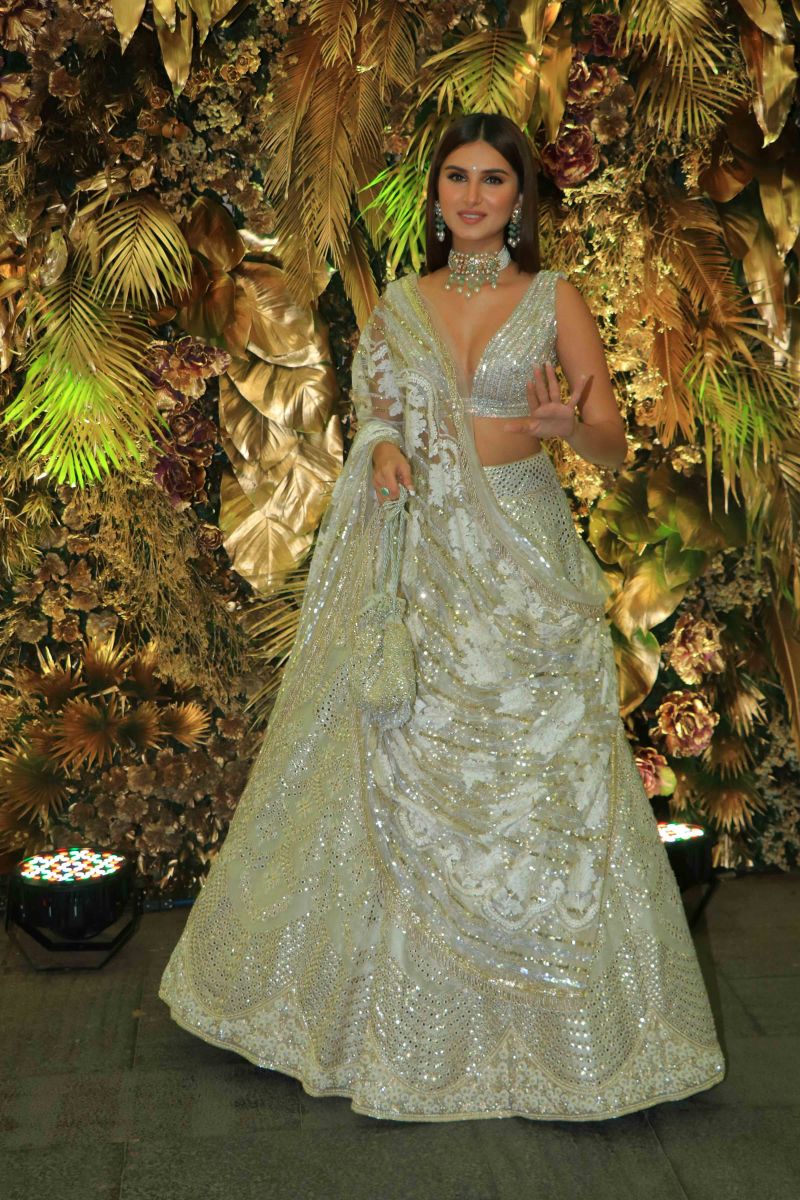 She rounded off her look with a choker. She went the glam way and went for poker-straight hair. 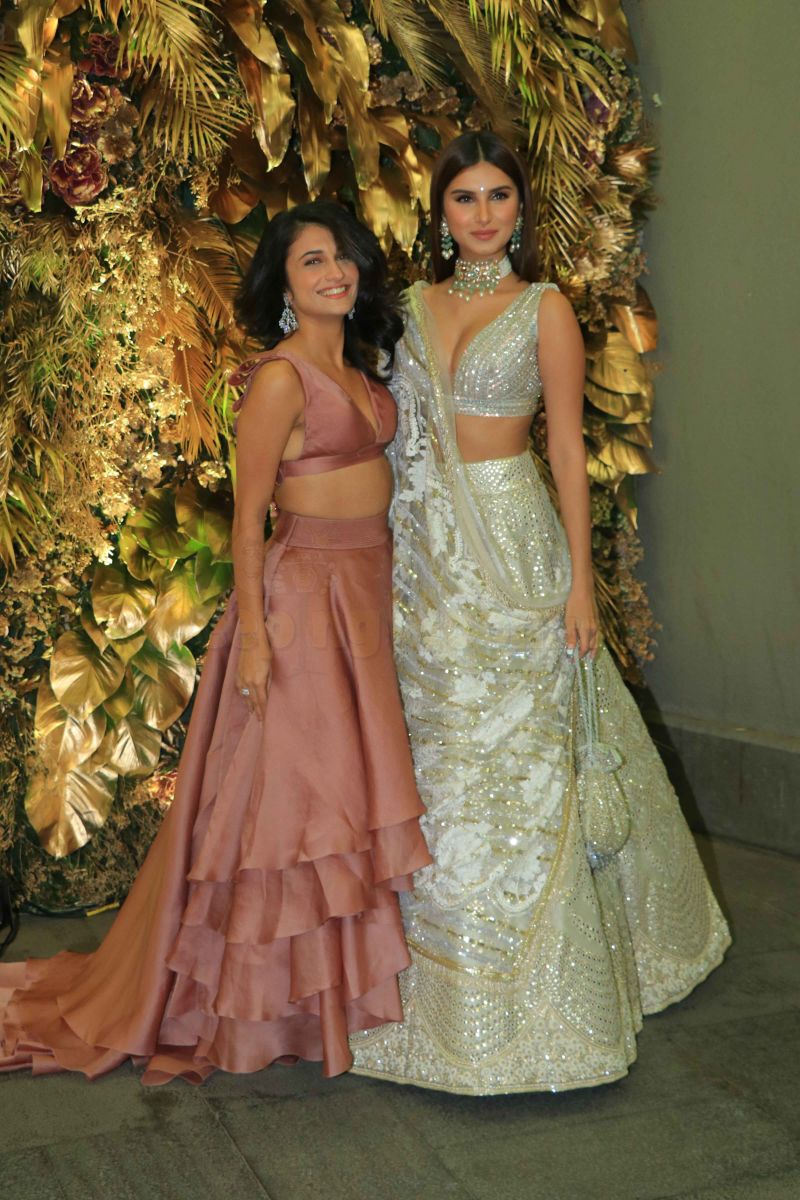 Tara was accompanied by her sister Pia Sutaria.

Ananya Panday was a stunning sight at the reception. 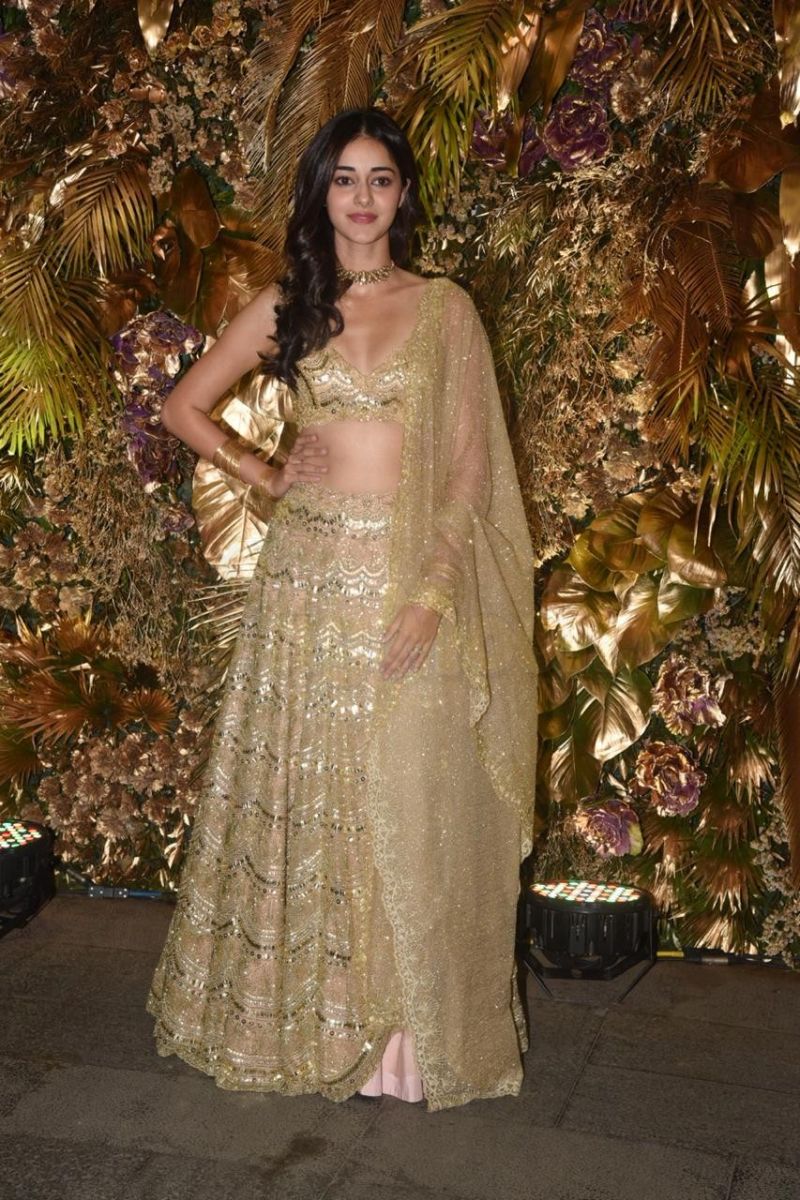 The actress went for a soft golden coloured lehenga and flaunted her perfectly toned abs. 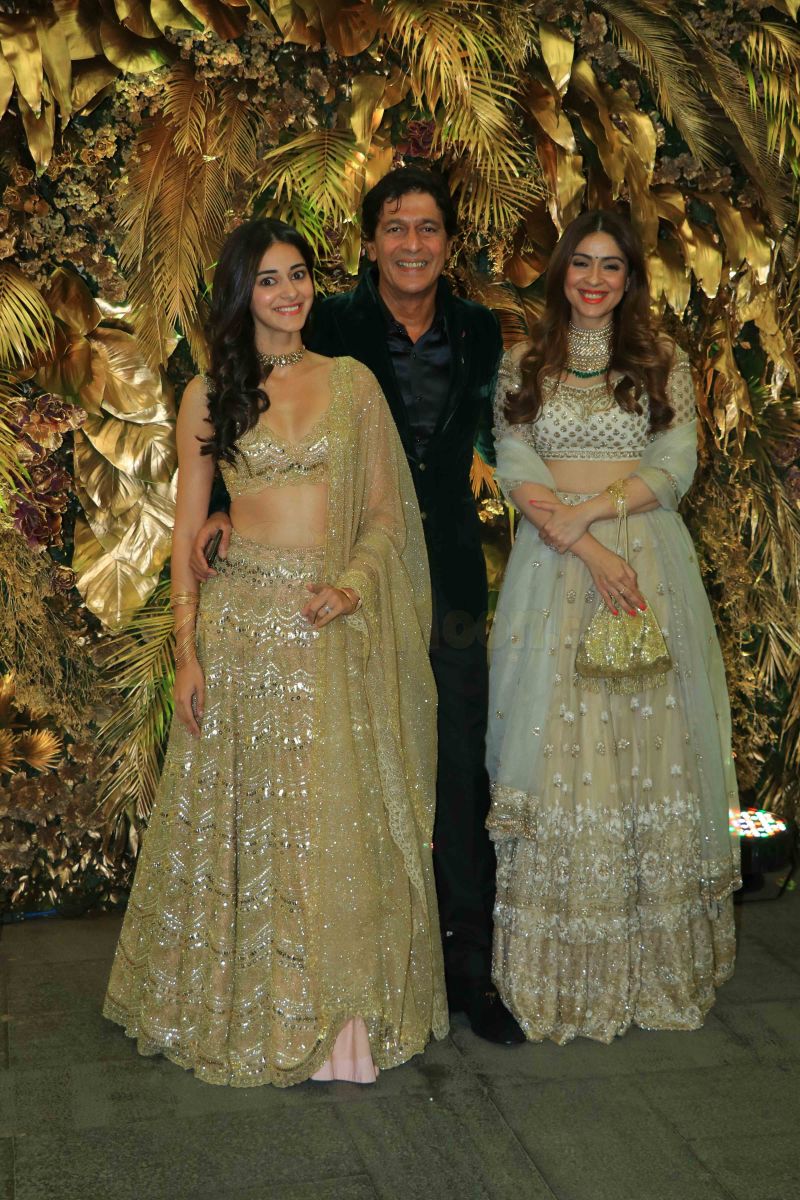 She was accompanied by her parents Chunky Panday and Bhavana Pandey. 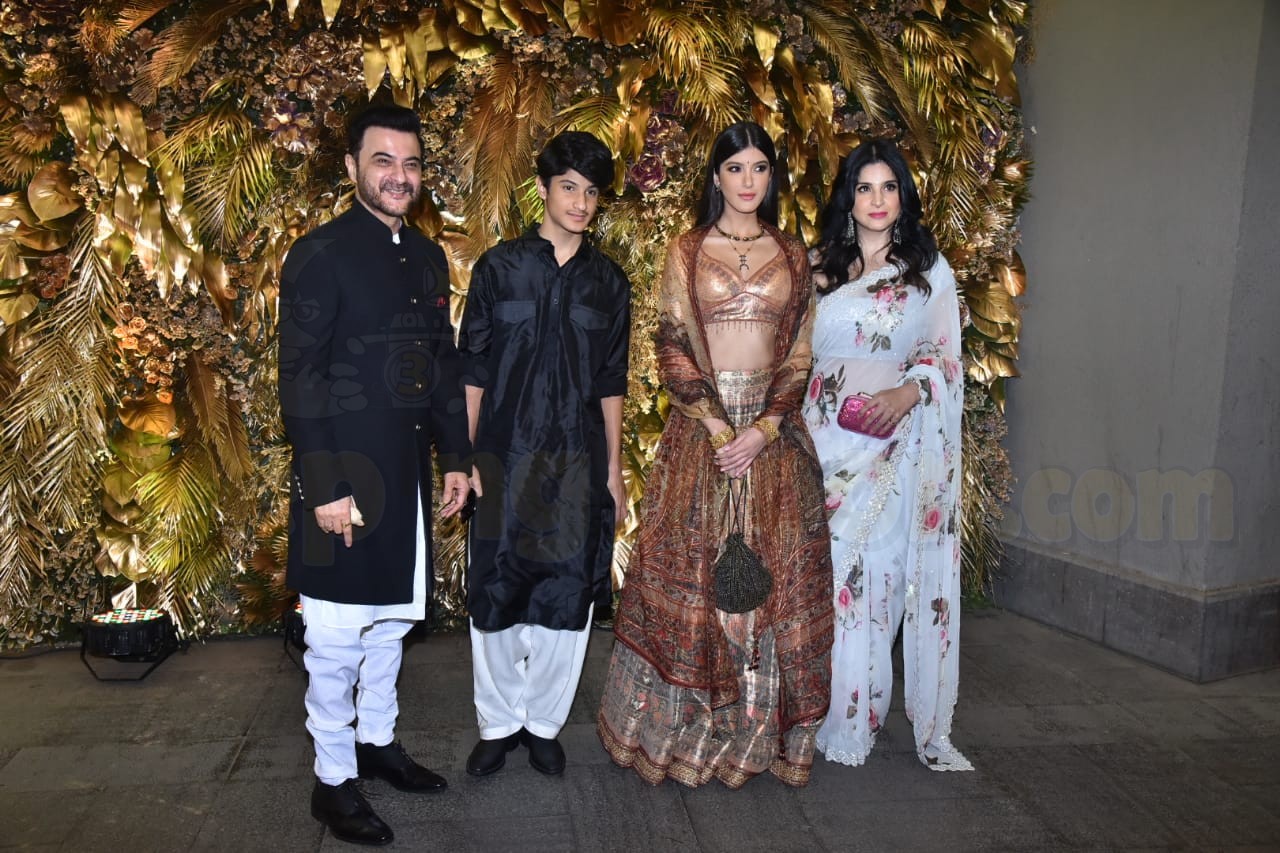 The Kapoor family was seen posing for the shutterbugs at the do. Sanjay and Jahaan were twinning in black-n-white while Maheep opted for a white floral saree. Shanaya stunned in a printed lehenga. 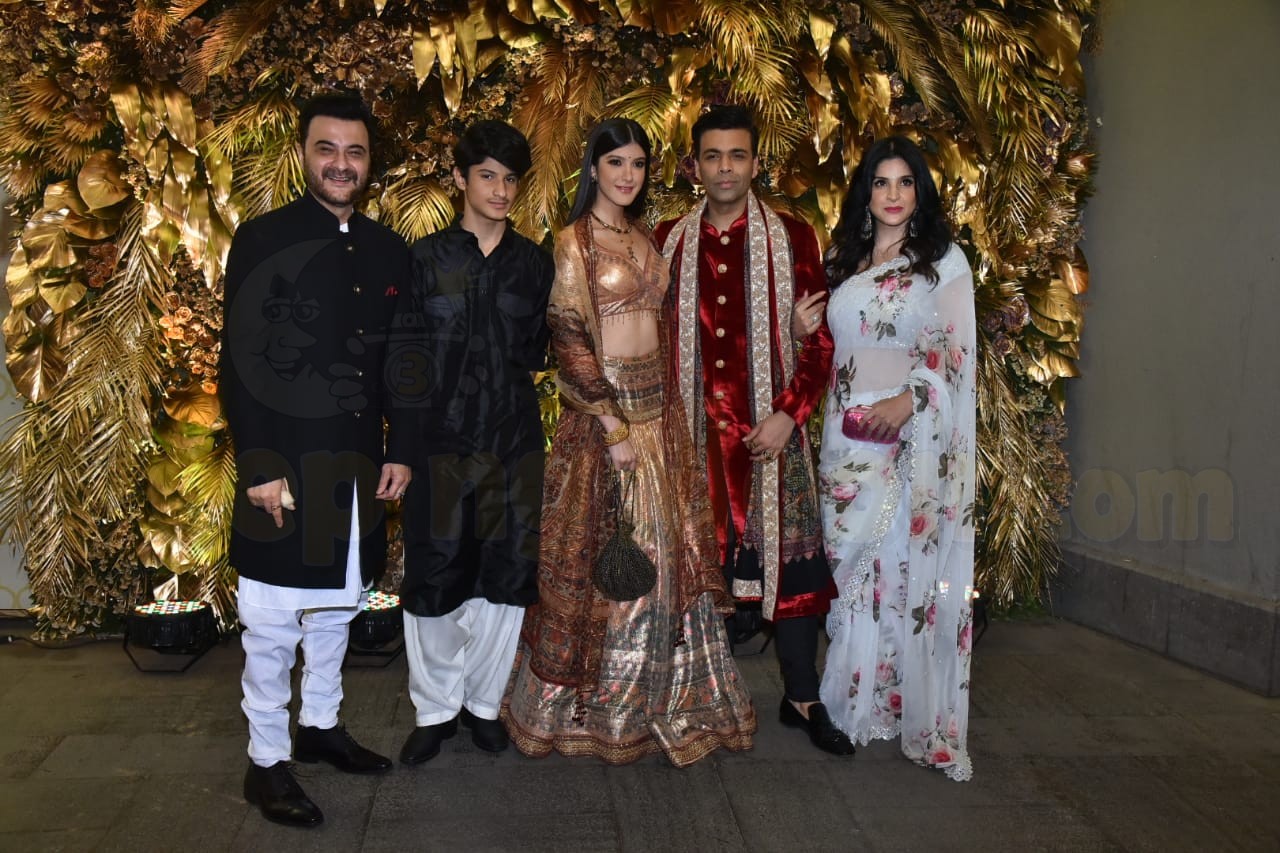 They were seen with filmmaker Karan Johar at the reception.

Athiya Shetty marked her presence at the do. 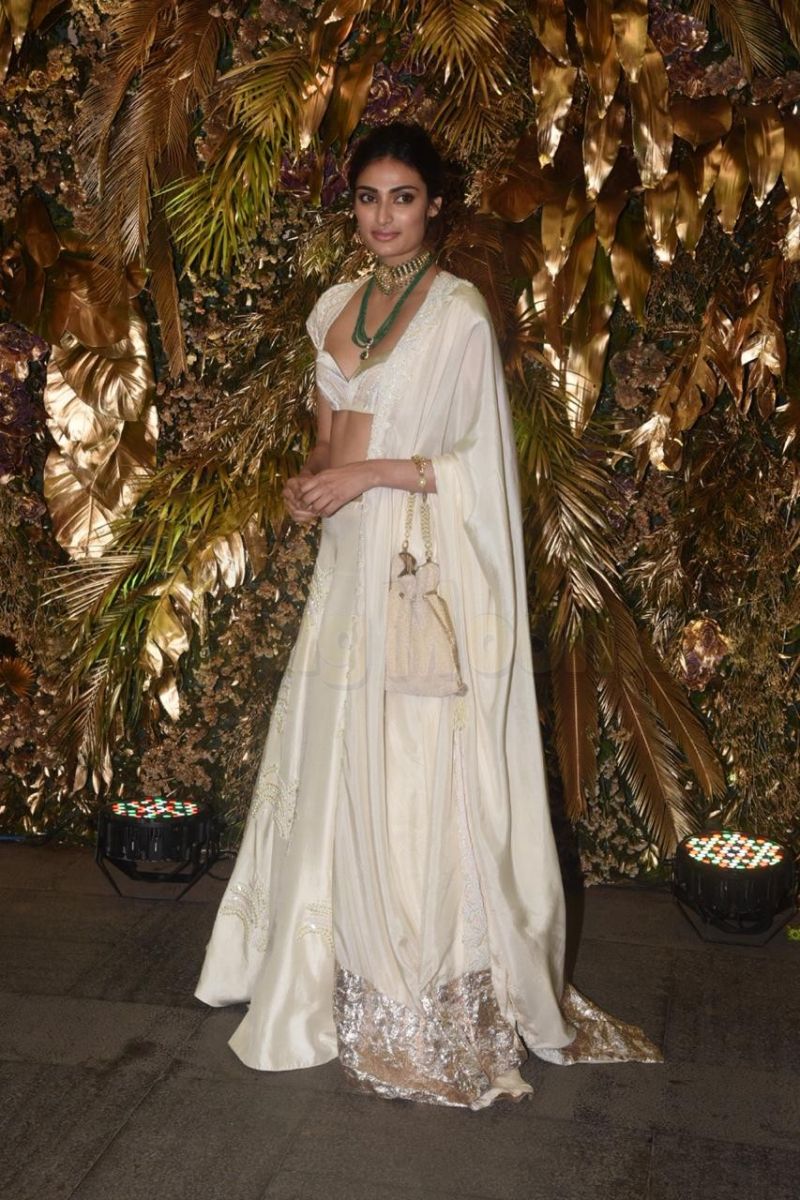 The actress, who was last seen in Motichoor Chaknachoor, opted for an off white lehenga. 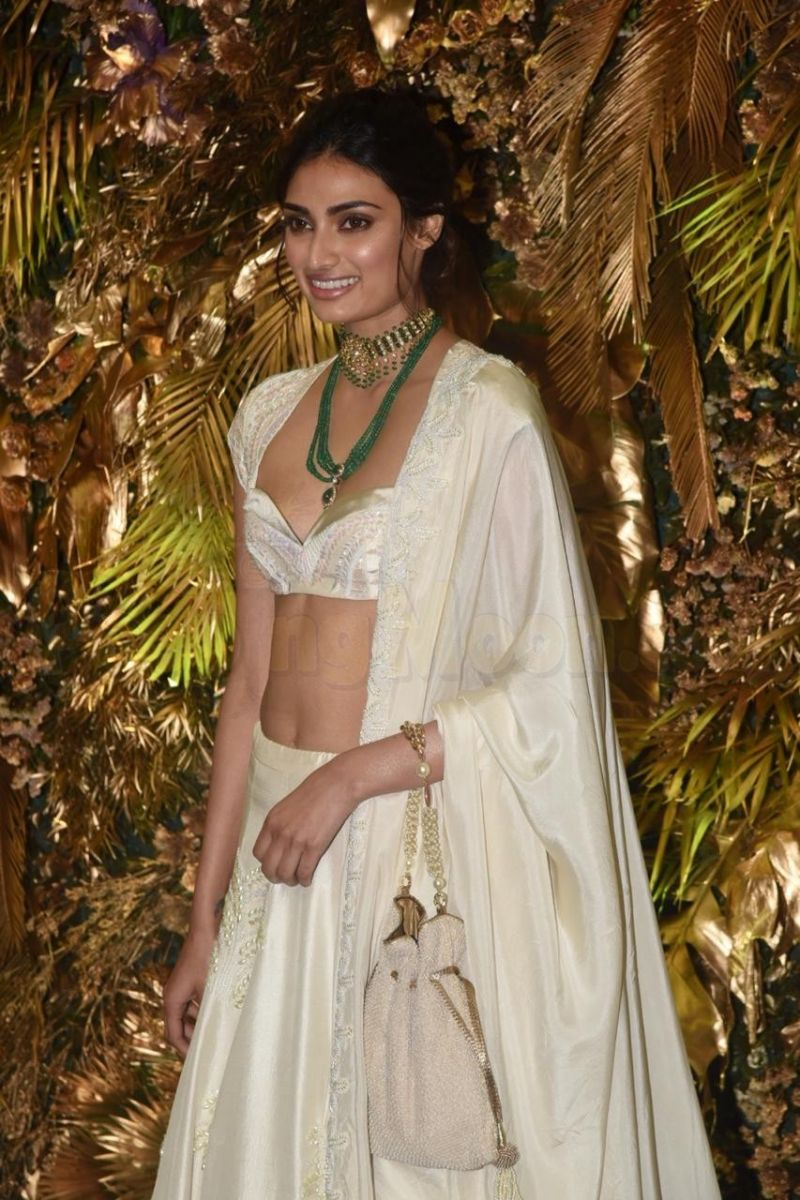 She rounded off her look with a choker and did her hair into a messy bun.

After ringing in New Year 2020 together, Alia Bhatt and Ranbir Kapoor return to Mumbai

Deepika Padukone-Ranveer Singh jet off to Maldives for New Year's holidays; Kiara Advani-Sidharth Malhotra head out for their island vacay!