The cousin of actors Ranbir Kapoor, Kareena Kapoor Khan and Karisma Kapoor, Armaan Jain tied the knot with his long-time girlfriend Anissa Malhotra in a star-studded ceremony on Monday. The son of Rima Jain, who is the daughter of late Raj Kapoor, Armaan and Anissa reportedly dated for nearly 7.5 years before taking the plunge. The Jains and Malhotras, on Tuesday, held a grand wedding reception for family and industry friends.

In attendance at the reception was Shah Rukh Khan with his wife Gauri Khan. The King of Bollywood, keeping up with his royal and clean style, went for an all-black kurta-pyjama set. Gauri, on the other hand, opted for a shimmery dress with a waist cut-out. 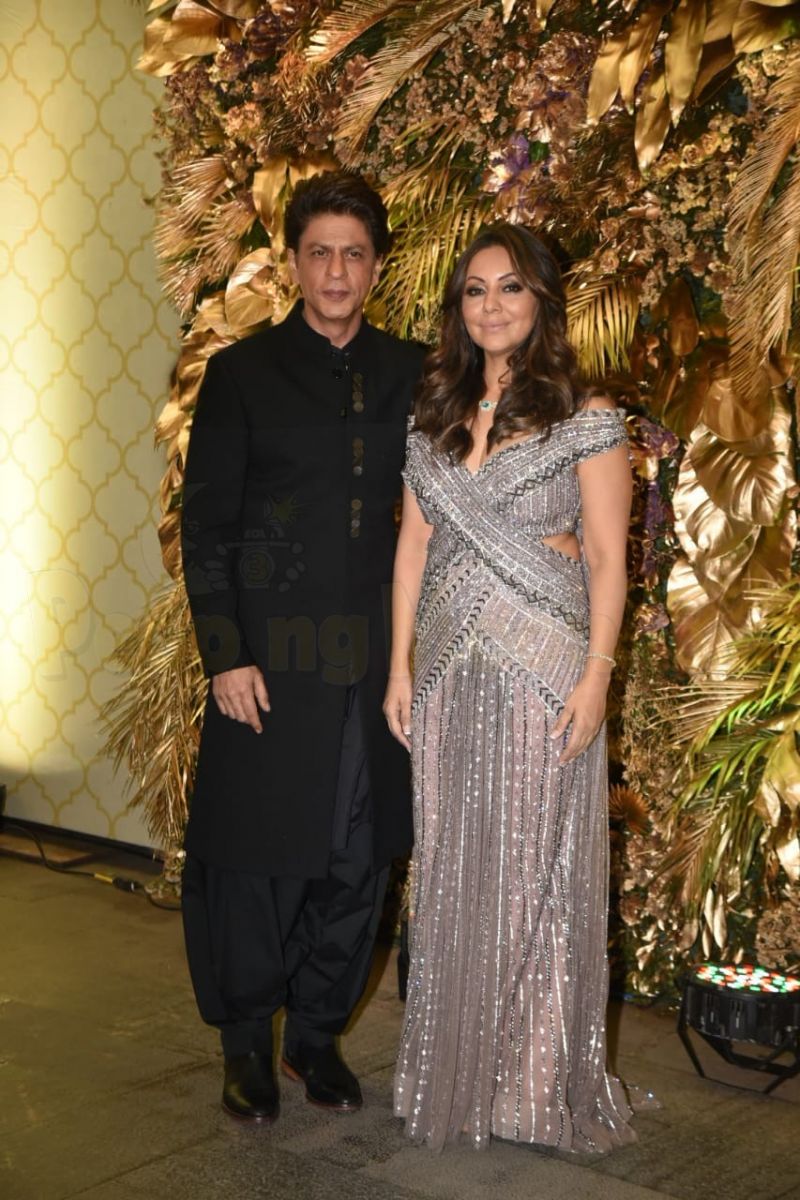 Posing for the cameras happily, the power couple of Bollywood painted a perfect picture.

Karan Johar also attended the reception to congratulate the newlyweds. 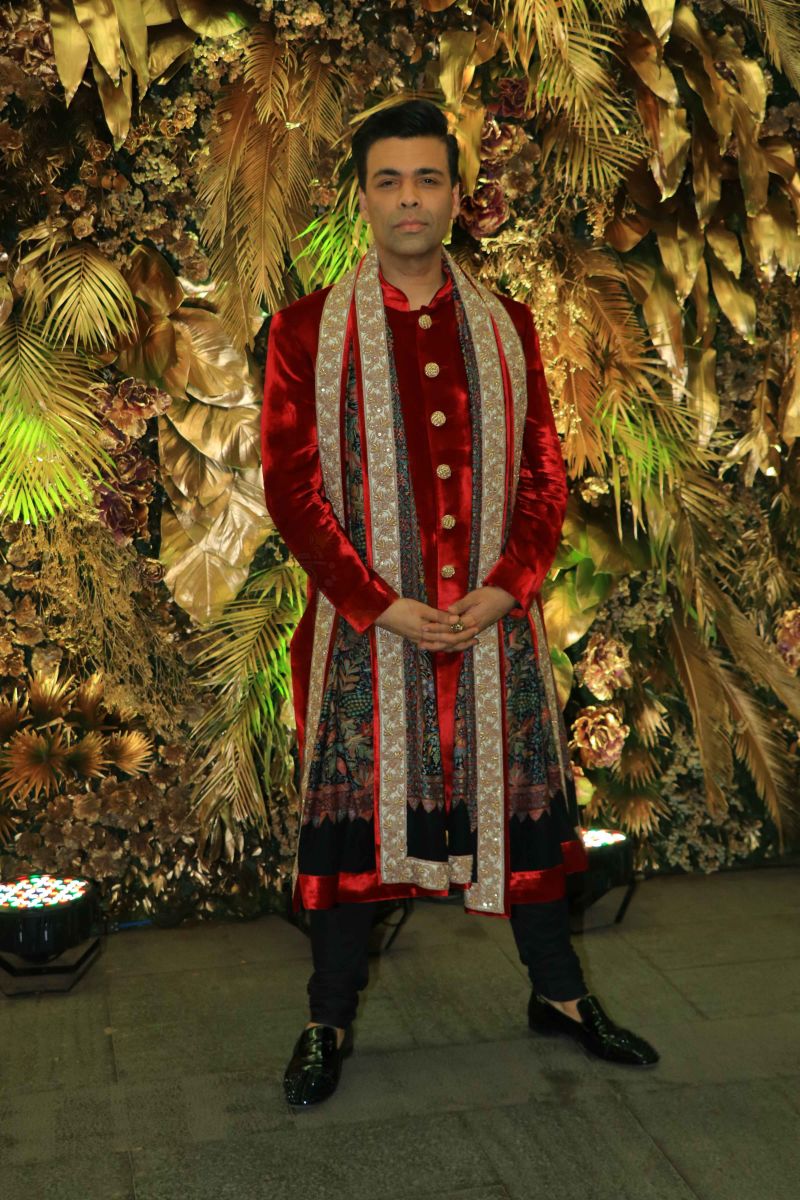 The filmmaker wore a velvet red kurta and teamed it with a printed scarf and black pyjama. 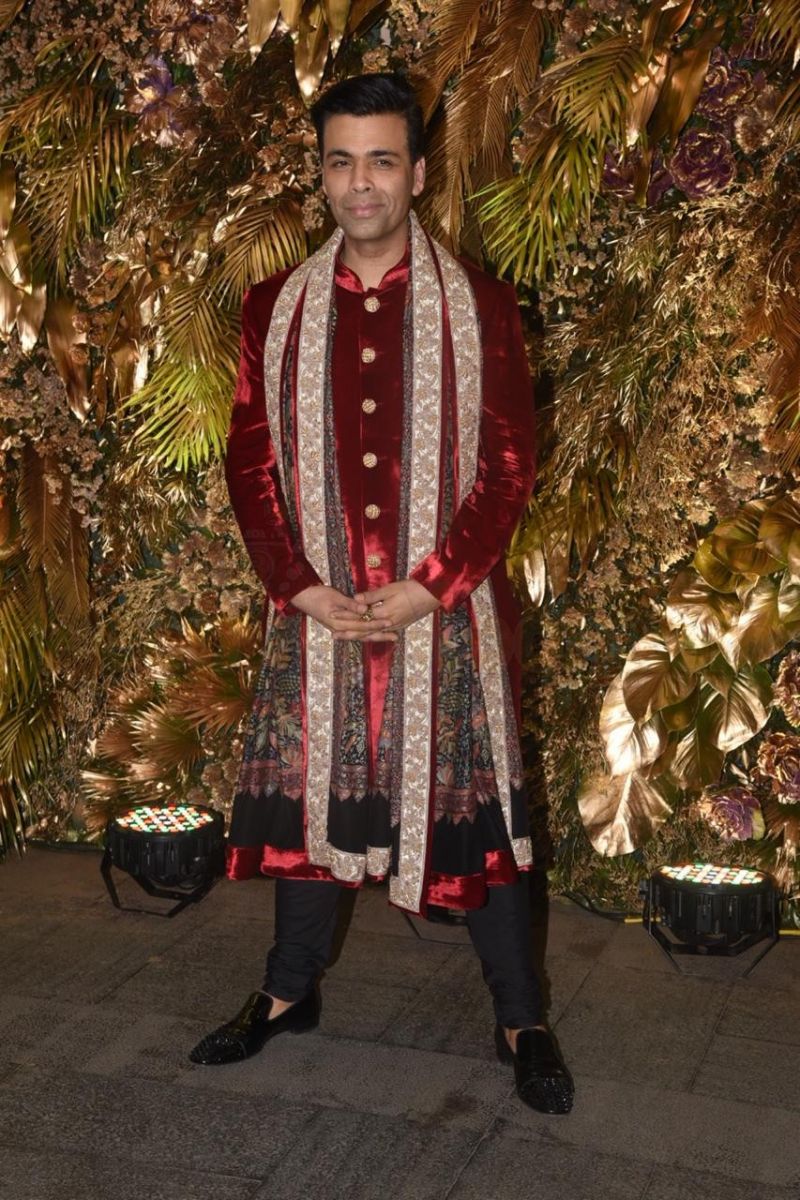 Posing for the cameras with a happy smile, Karan cut out a royal picture. 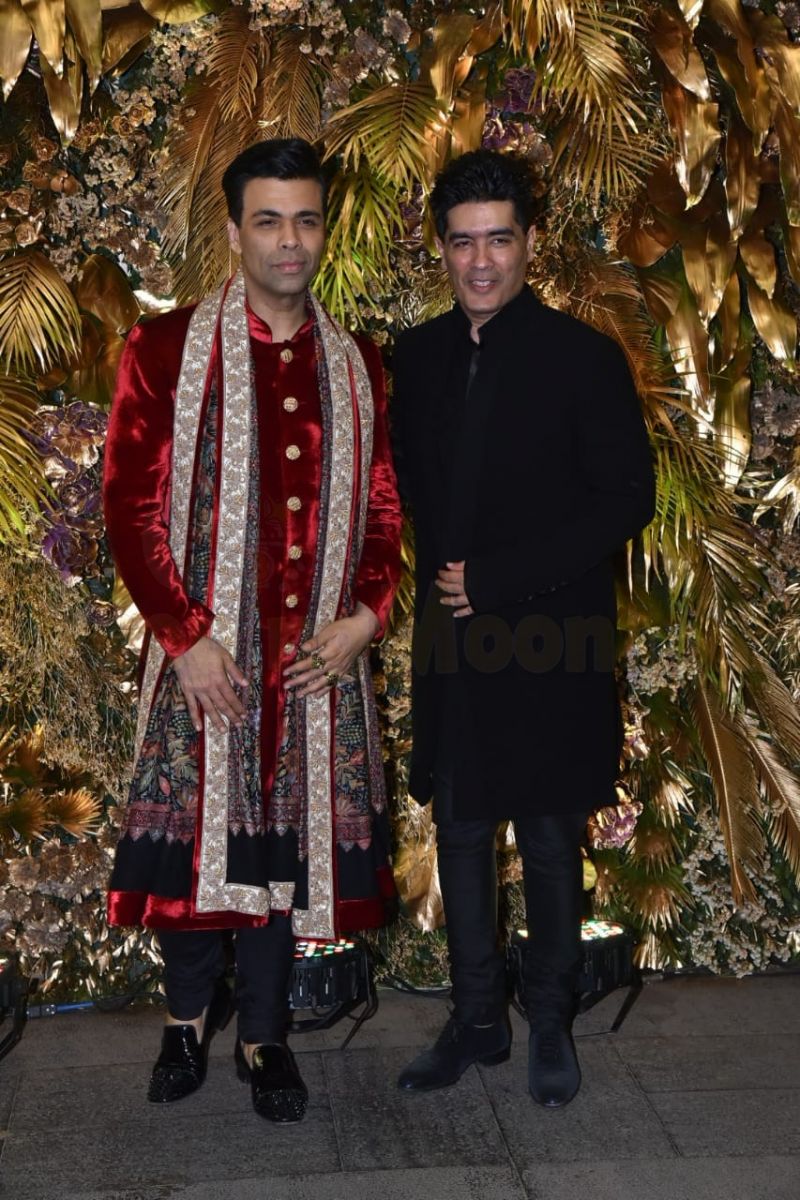 He was seen clicking pictures with his good friend Manish Malhotra. 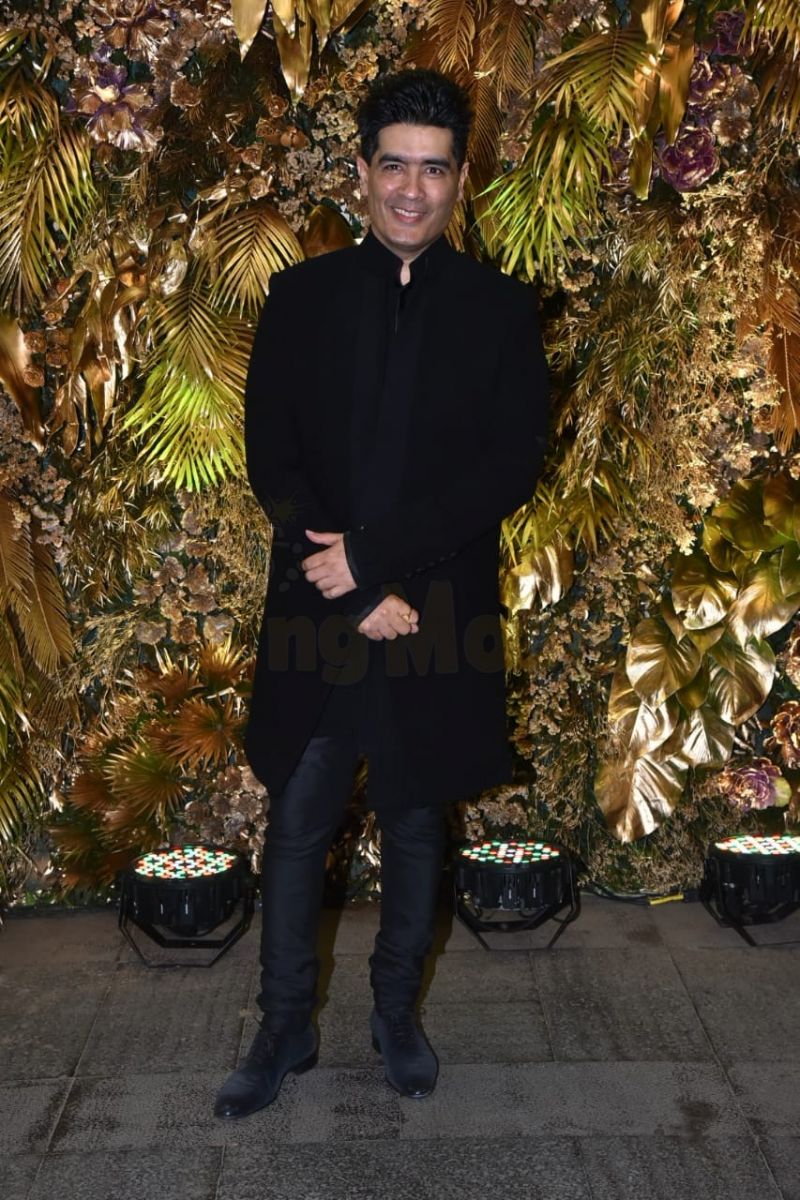 The fashion designer went all black for the reception and flashed a happy smile for the shutterbugs.

Rani Mukerji was a sight to behold at the event. 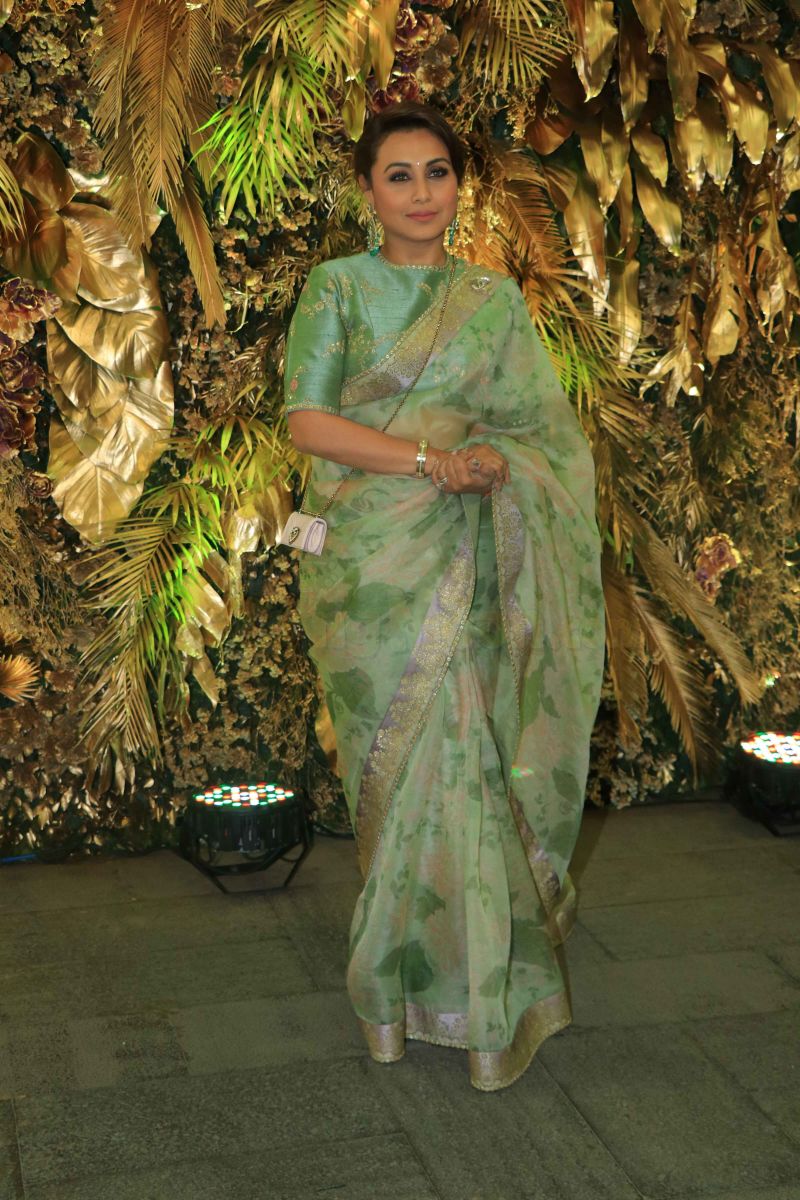 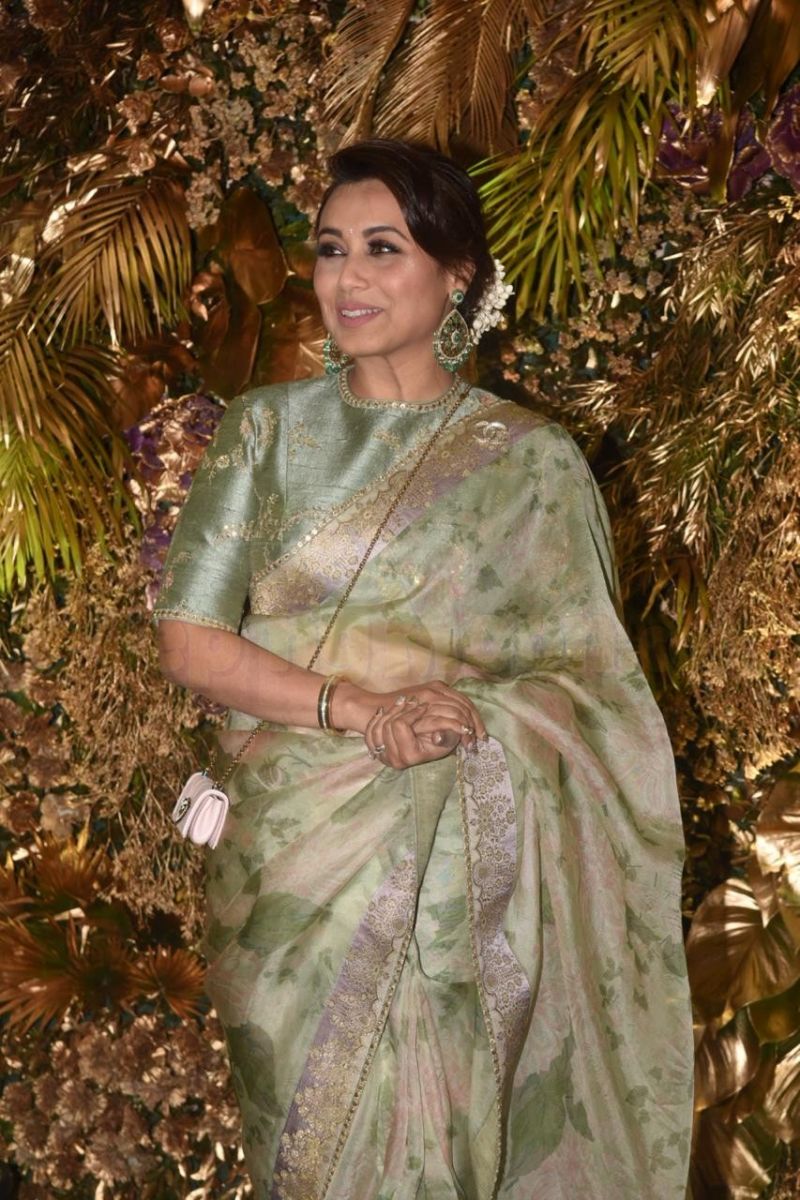 She rounded off her look with subtle glam and statement earrings. She did her hair into a neat bun. Don't fail to miss her mini white purse. The actress wore a pastel peach coloured saree. She uplifted the look of the outfit with a gorgeous white and peach blouse adorned with heavy work. 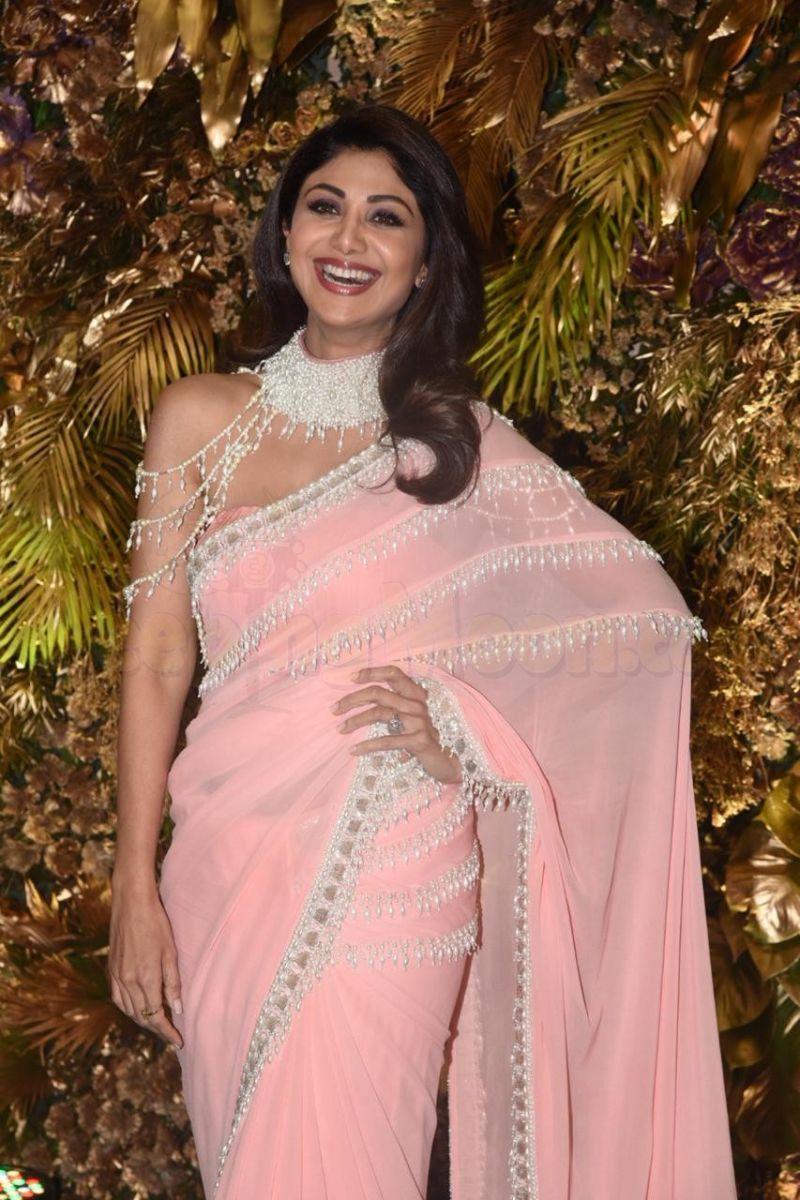 Shilpa did her hair into soft waves and opted for a radiant glam. 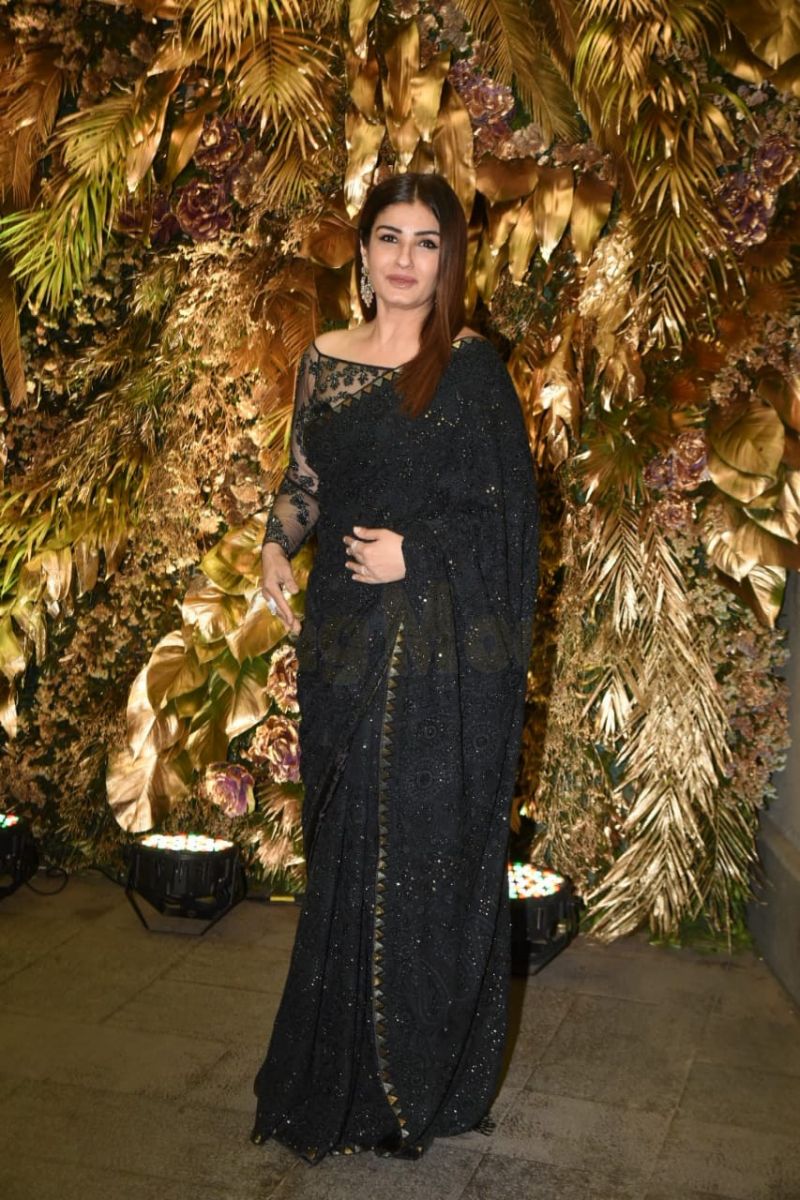 The actress stunned in a black drape and exuded oodles of charm at the star-studded reception. 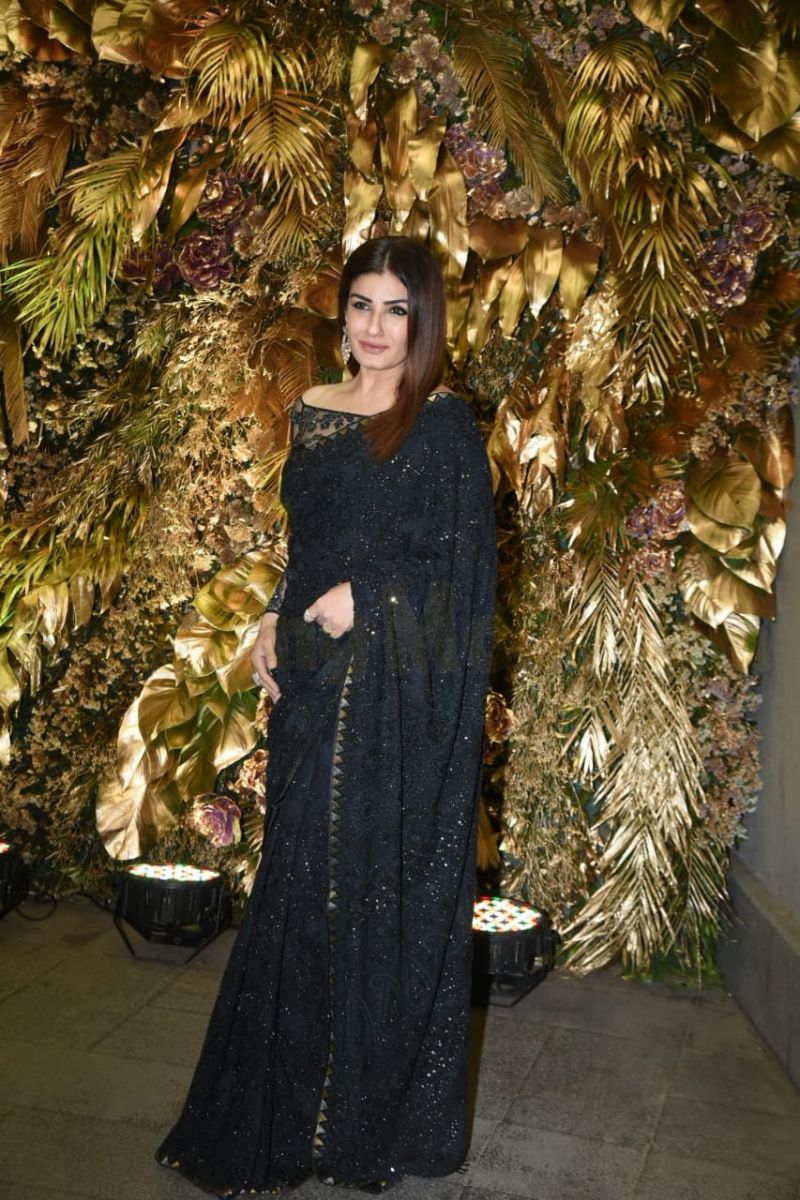 With poker-straight hair and minimal glam, Raveena was indeed ravishing. 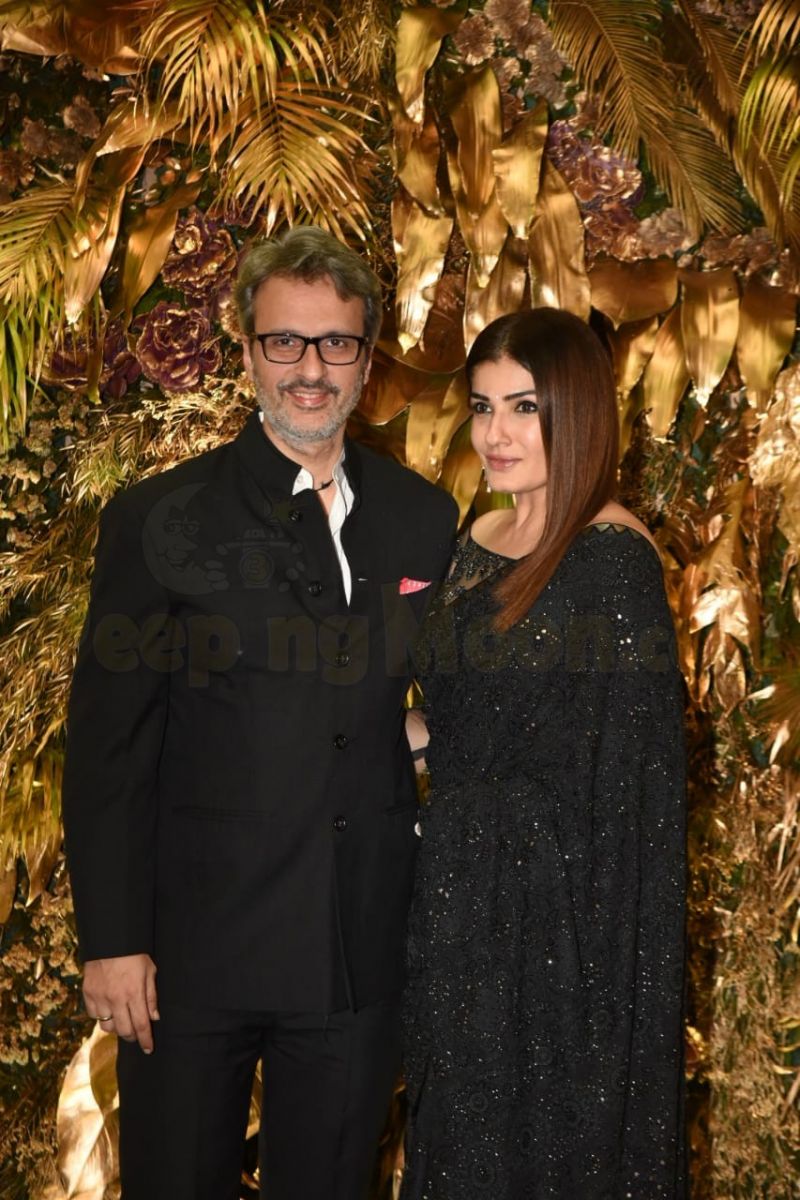 She twinned with her husband Anil in black at the do and accounted for some perfect pictures together.

Rekha, keeping up with her royal style, attended the reception to bless the newlyweds. The veteran actress opted for an elegant saree. 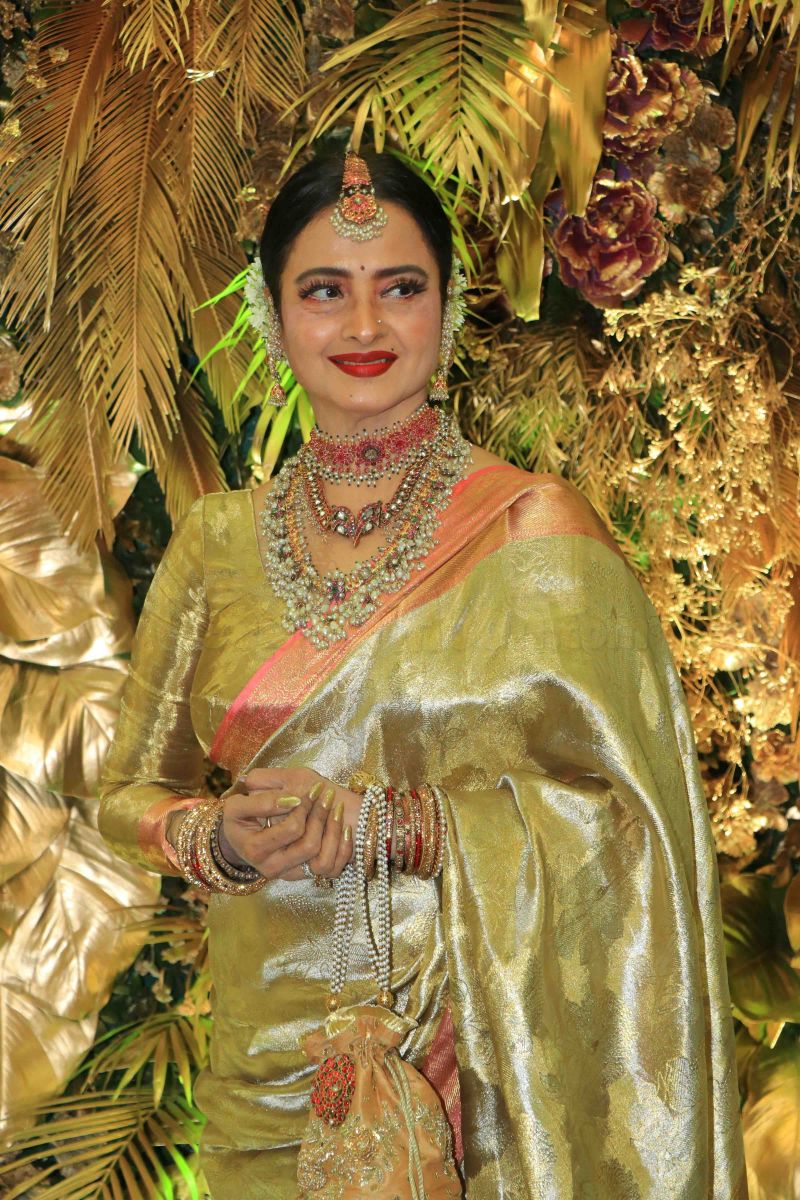 She rounded off her look with gajra, heavy jewellery and radiant glam. Rekha was accompanied by her sister Radha Syed.