The grandson of late filmmaker Raj Kapoor, Armaan Jain tied the knot with his sweetheart Anissa Malhotra in a lavish ceremony held on Monday in Mumbai. The couple, who is said to have dated each other for nearly 7.5 years, took the plunge in front of family and close friends. With the biggest of names in Bollywood marking their presence, the wedding was indeed a glamorous one. The Jains and Malhotras, post the wedding threw a reception party on Tuesday.

Anissa and Armaan, at the reception, dazzled as they posed with each other. 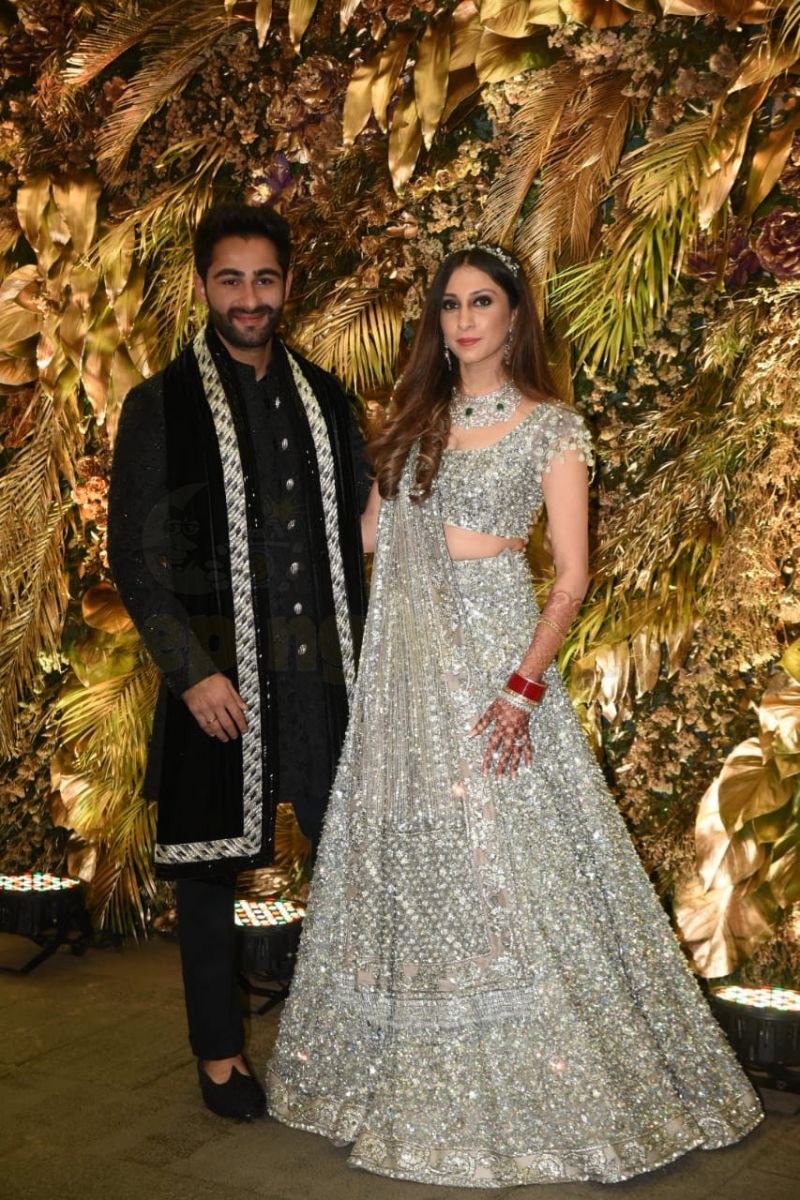 Armaan opted for a black sherwani and flashed a happy smile for the shutterbugs. Anissa stunned in a shimmery lehenga and looked absolutely flawless.

Recommended Read: After giving their wedding a skip due to Rishi Kapoor's hospitalisation, Ranbir Kapoor, Alia Bhatt and Neetu Kapoor join Armaan Jain and Anissa Malhotra at their reception

In attendance at the reception were Armaan's cousin sisters Kareena Kapoor Khan and Karisma Kapoor. 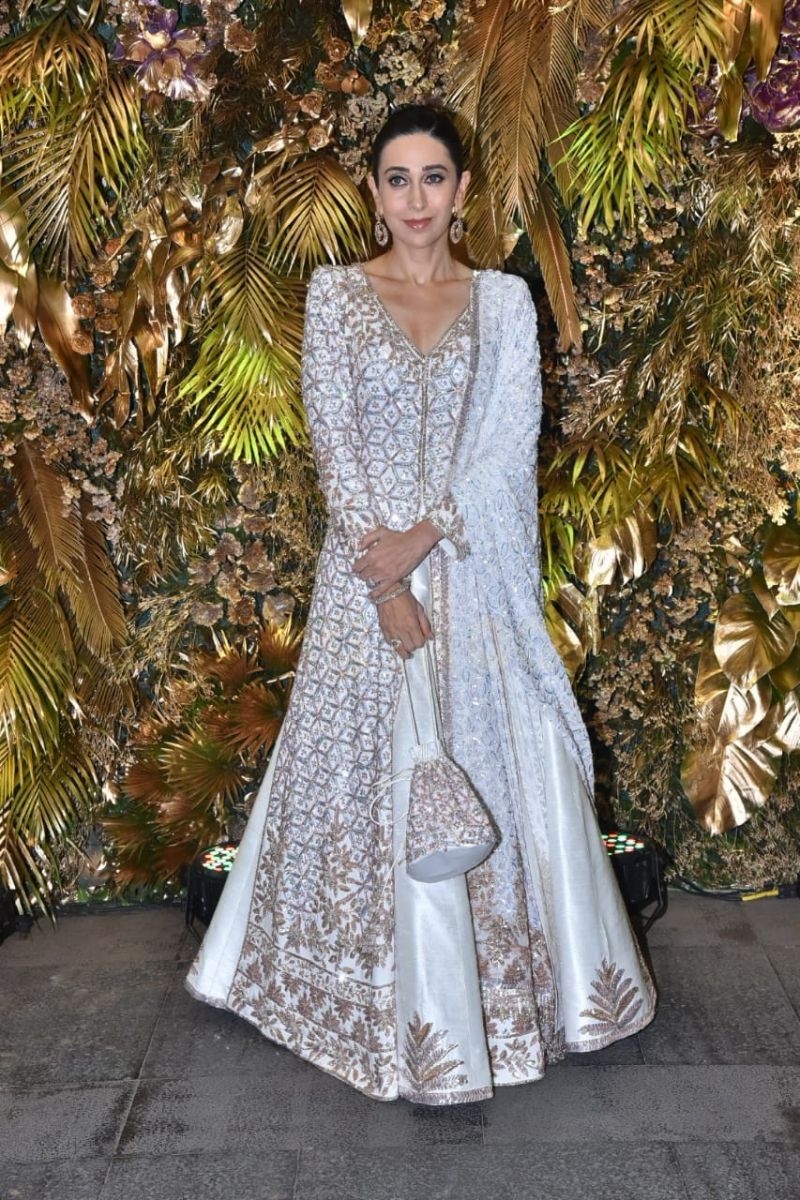 Karisma, for the reception, opted for a white and golden ensemble. 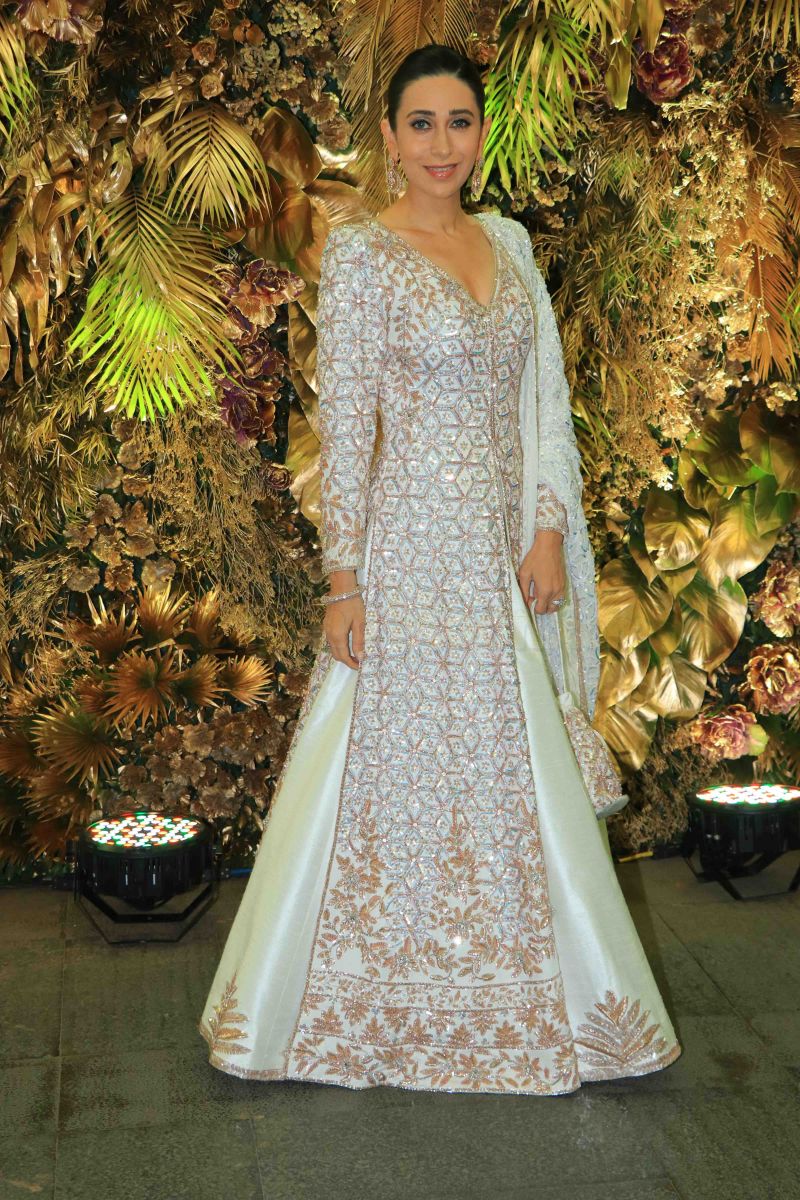 The actress did her hair into a neat bun and went for subtle glam. She teamed her outfit with a pair of statement earrings and flashed a pretty smile. 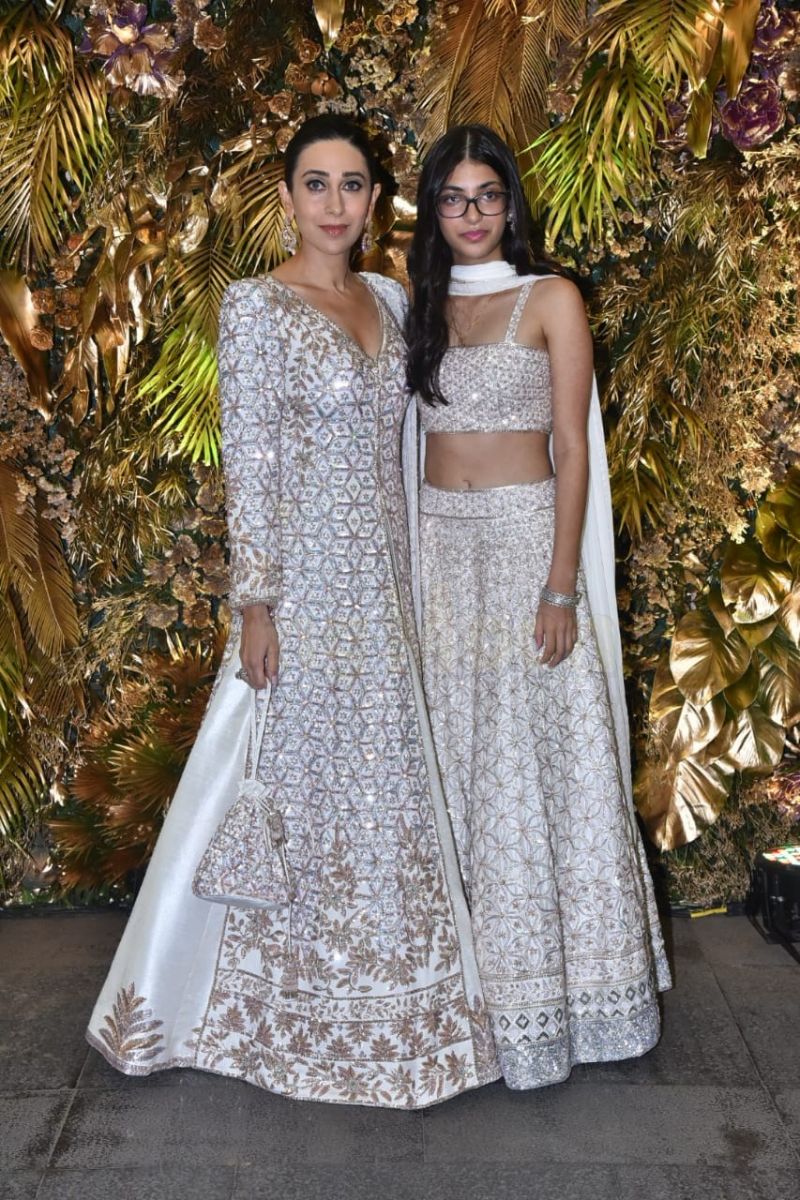 She was accompanied by her daughter Samaira. 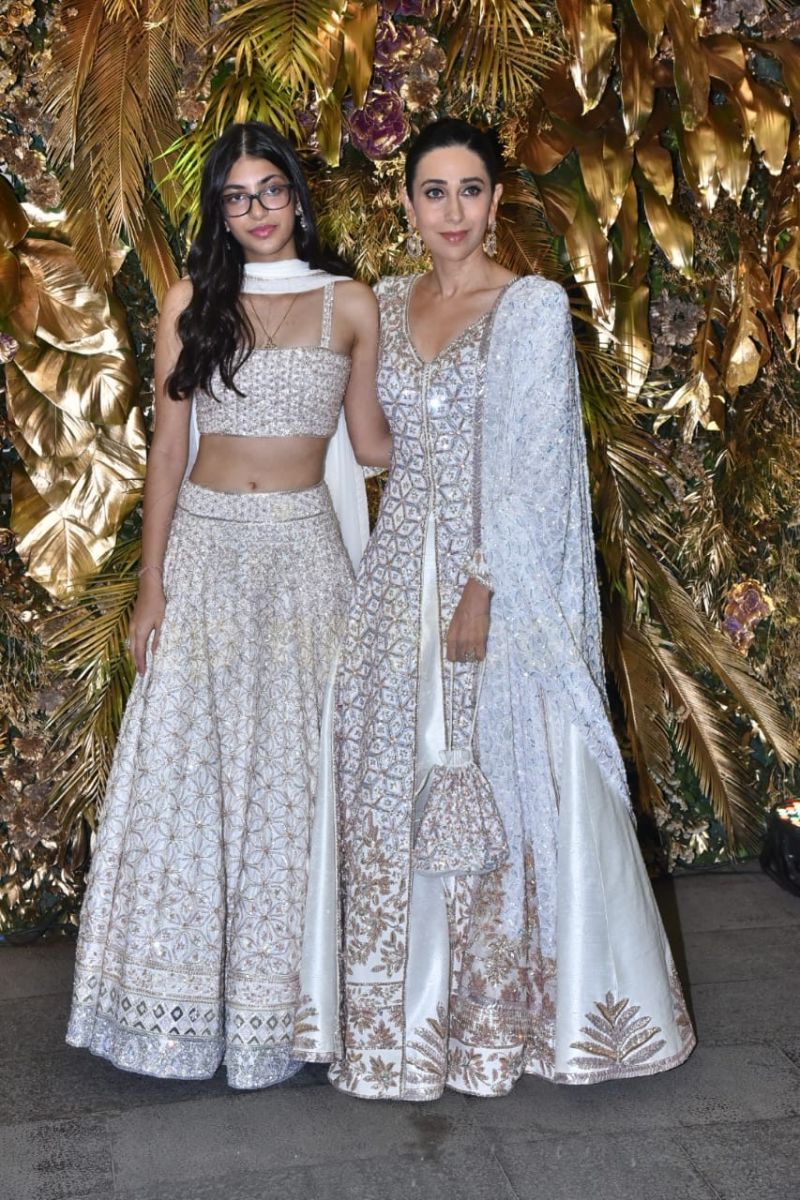 The mother-daughter duo was seen twinning in similar shades of white.

Kareena channeled her inner fashionista as she marked her presence at her younger brother's wedding reception. 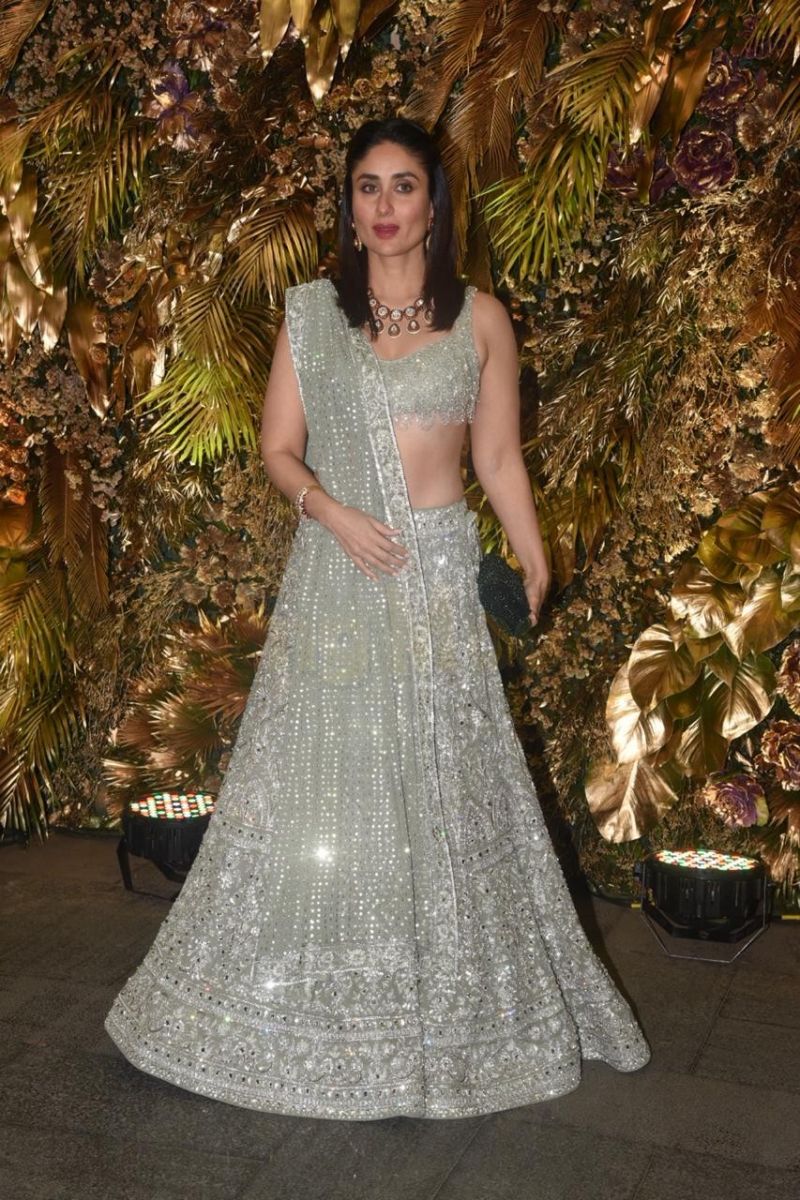 The actress wore a light grey heavily embellished lehenga for the evening. 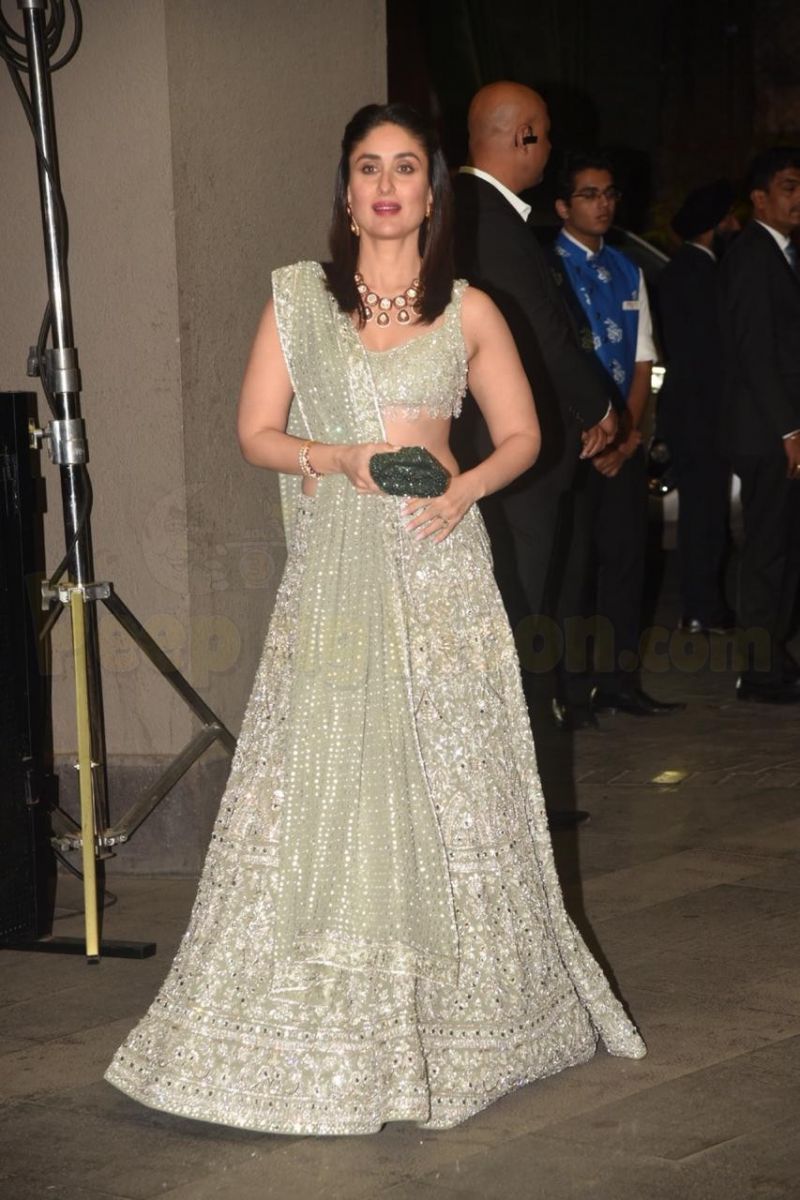 She rounded off her look with layered necklace and flawless glam.

Randhir Kapoor marked his presence too. 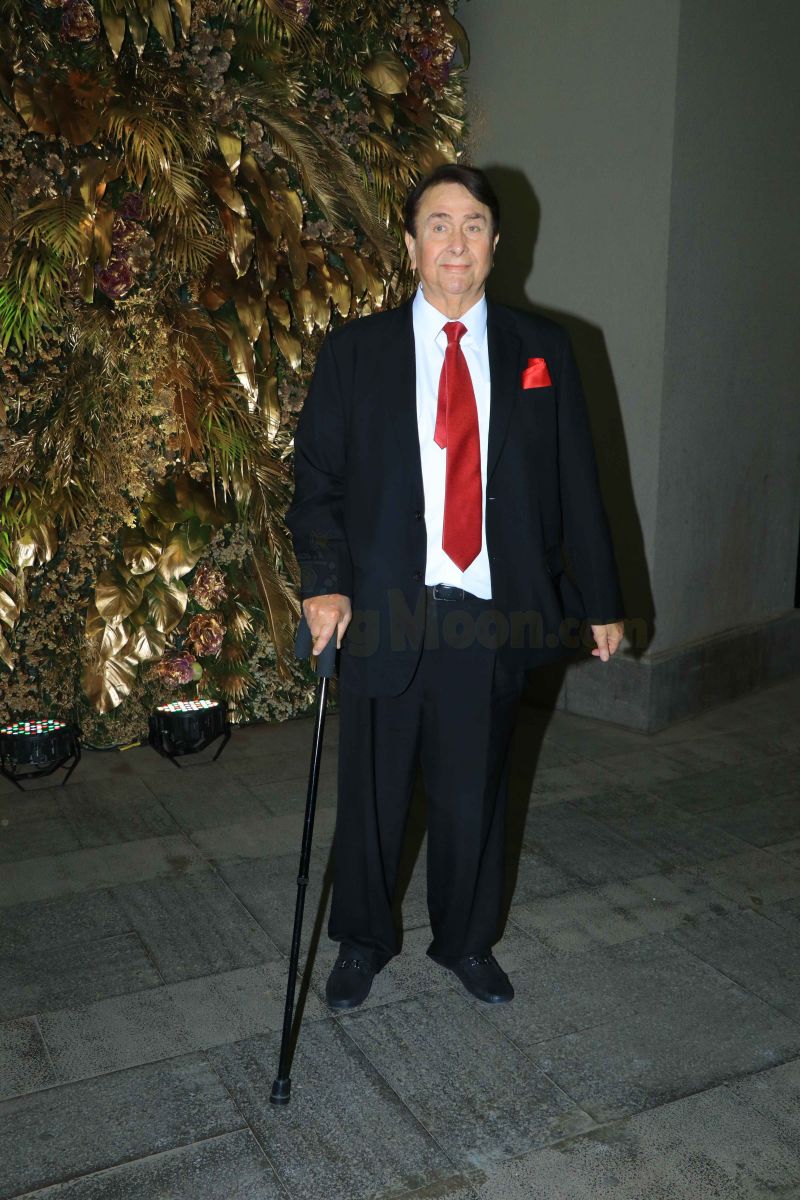 He looked classy in black.

Kareena's sister-in-law Soha Ali Khan and Kunal Kemmu were also at the reception. Soha, for the evening, opted for a printed lehenga while Kunal looked handsome in kurta-pyjama.