Ever since Sara Ali Khan's and Kartik Aaryan's collaboration for Imtiaz Ali's Love Aaj Kal sequel was announced, the stakes, as well as excitement, shot up high. While details of the project are being kept under tight wraps, fans are desperate to delve deeper to catch a glimpse of their beloved actors. Now, after much wait, the makers of this romantic drama that comes from the treasure of Imtiaz' masterpiece, launched the trailer at an event held in the city on Friday. The launch was attended by Kartik, Sara, Imtiaz and Dinesh Vijan who is producing it.

At the trailer launch, apart from interesting statements, Kartik and Sara rode high on cute PDA. Delighting fans of SarTik, the talented actors were seen adding a punch of fun to the event and injected oodles of their charm with their fun camaraderie. From touching Sara's feet playfully to sending out love to the audience, the duo was a delight to watch. 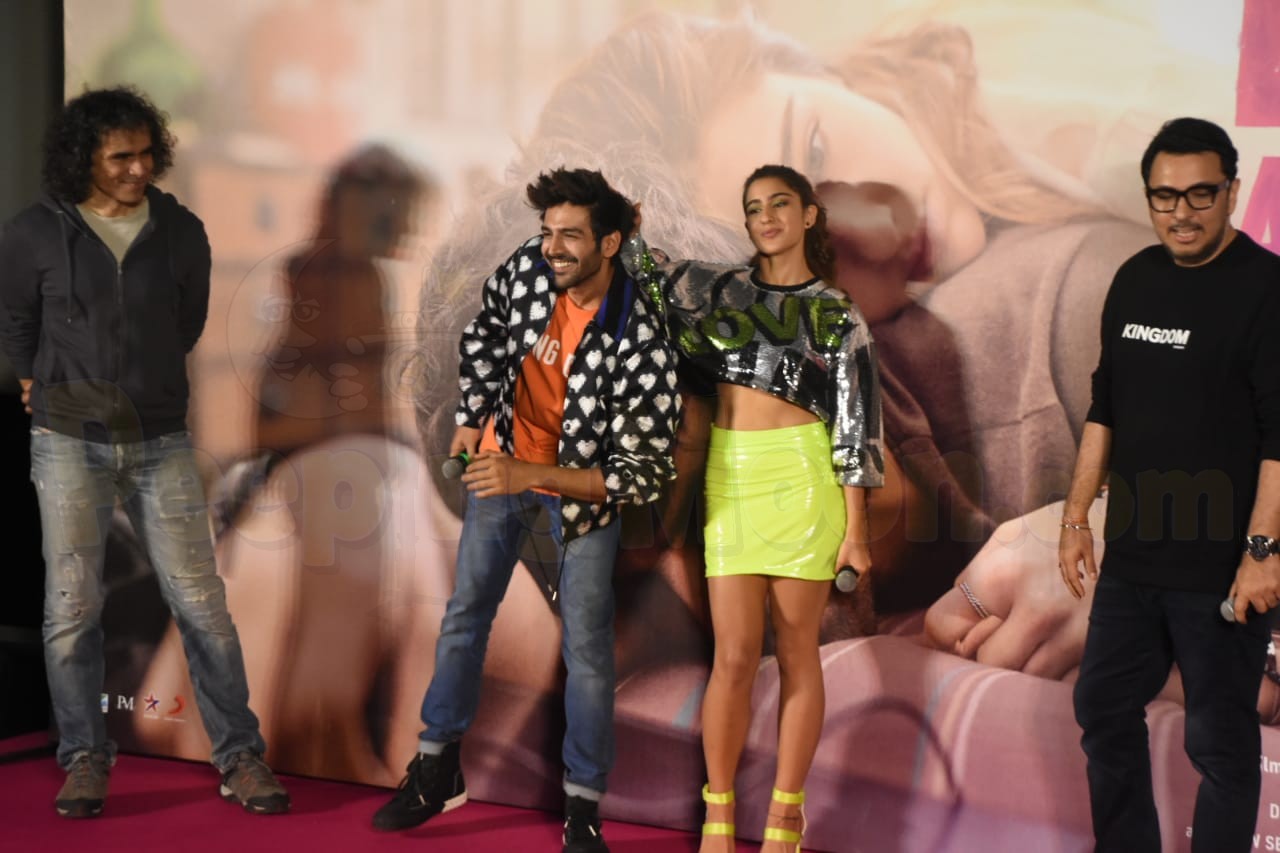 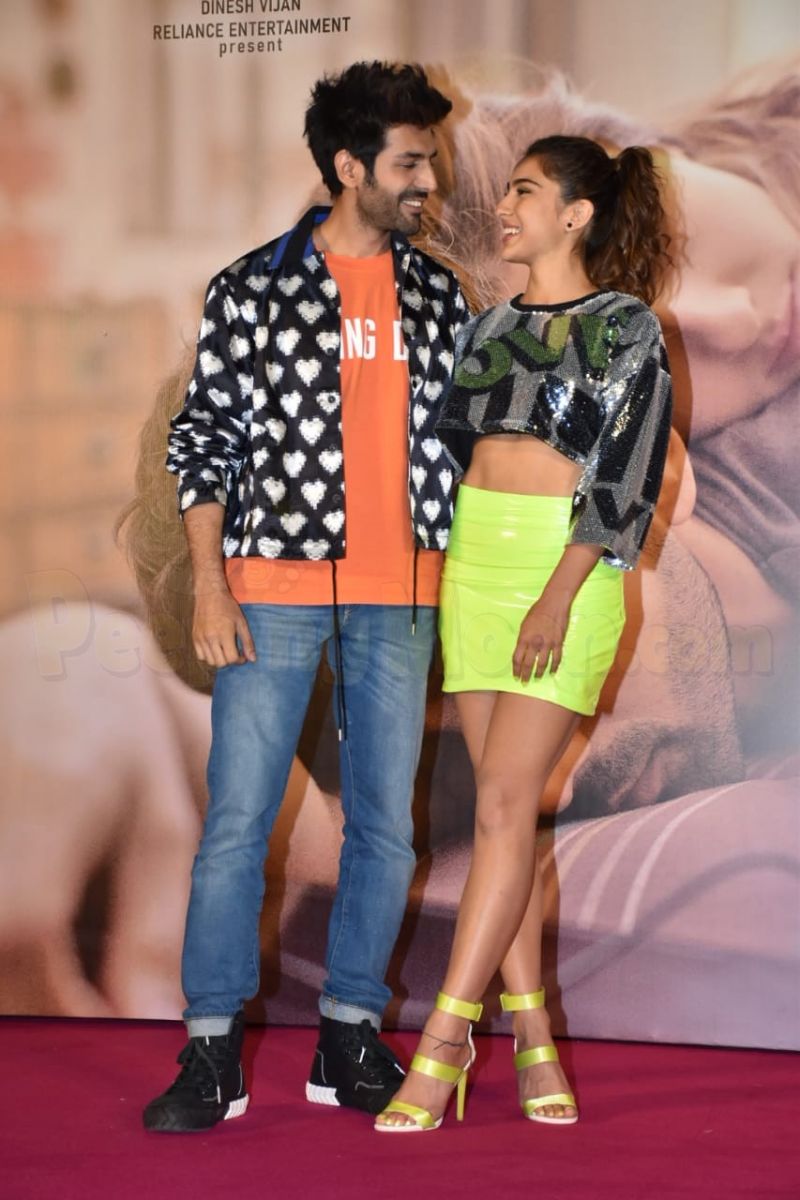 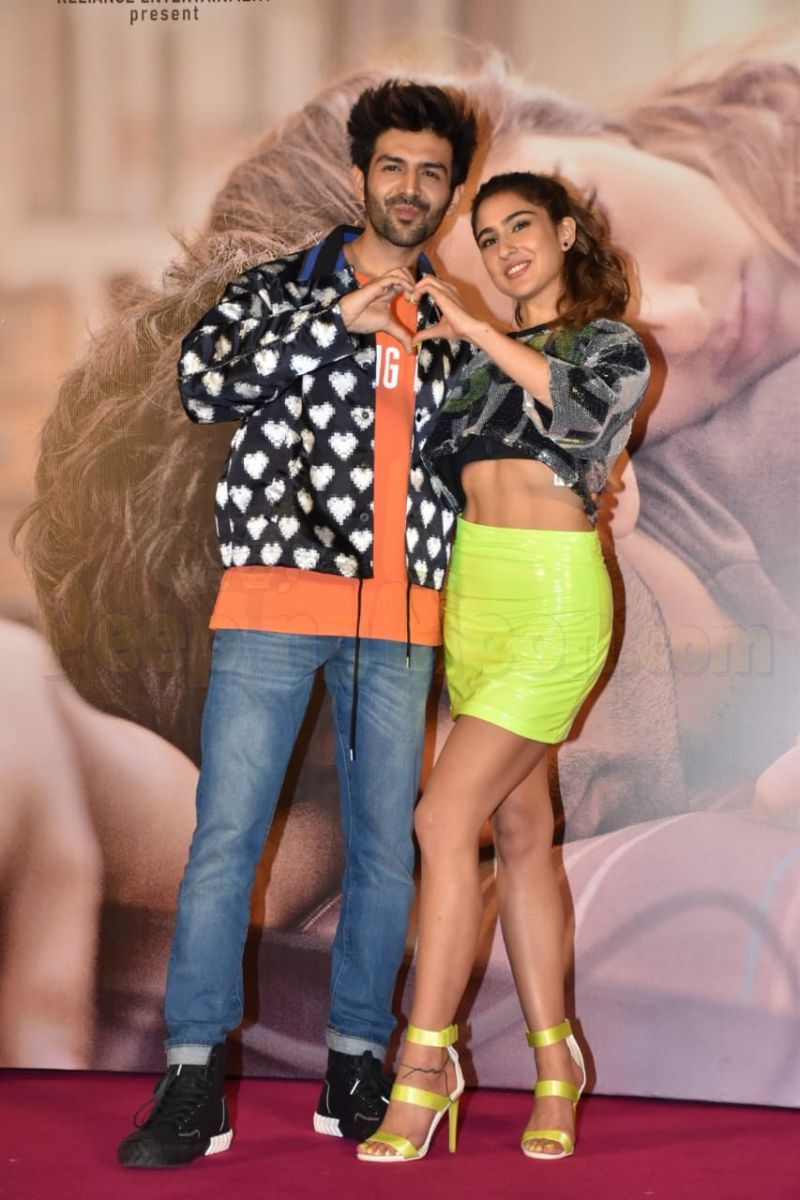 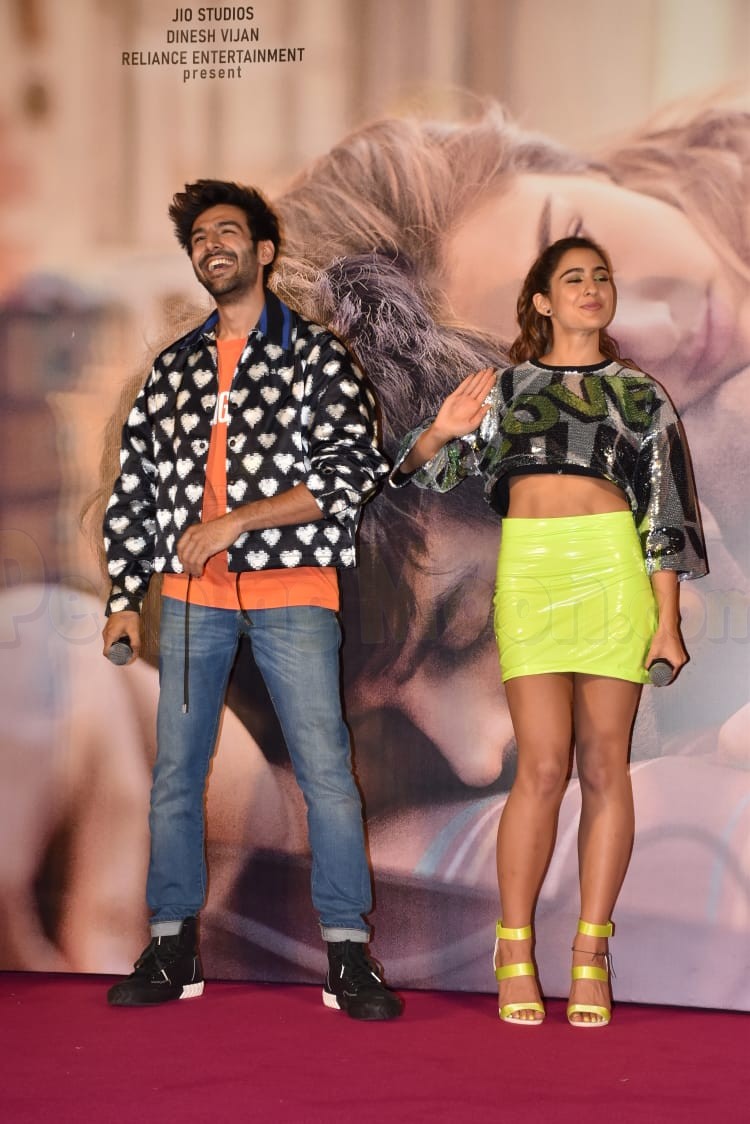 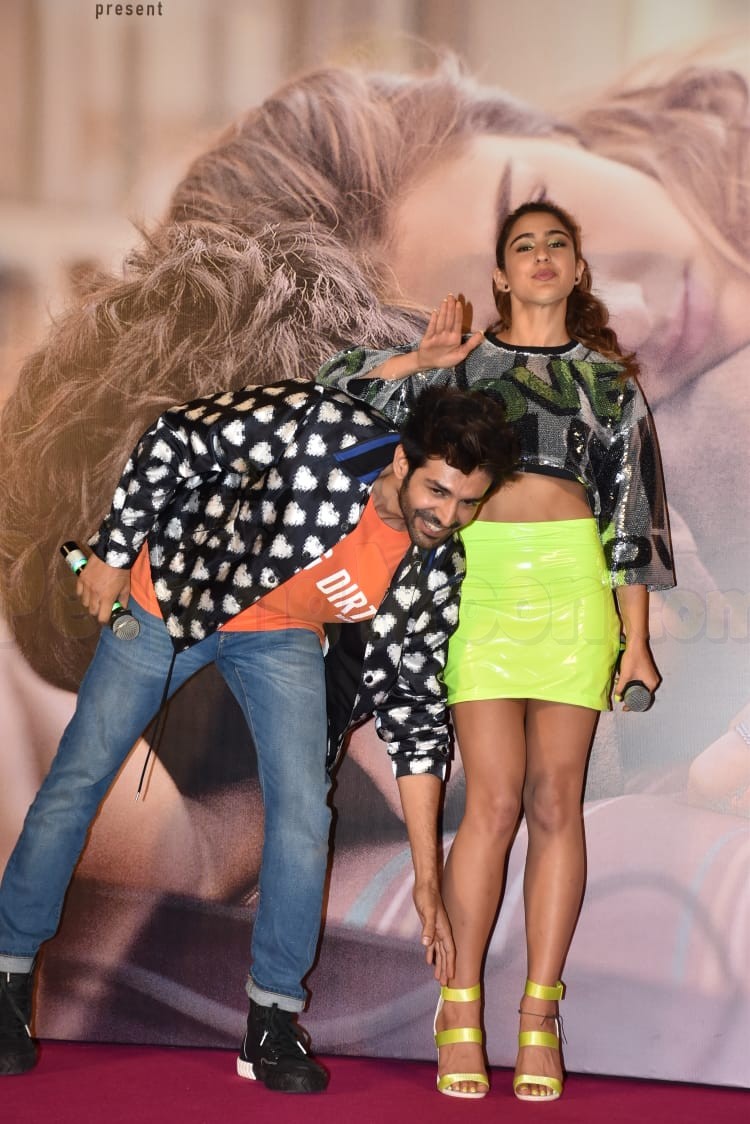 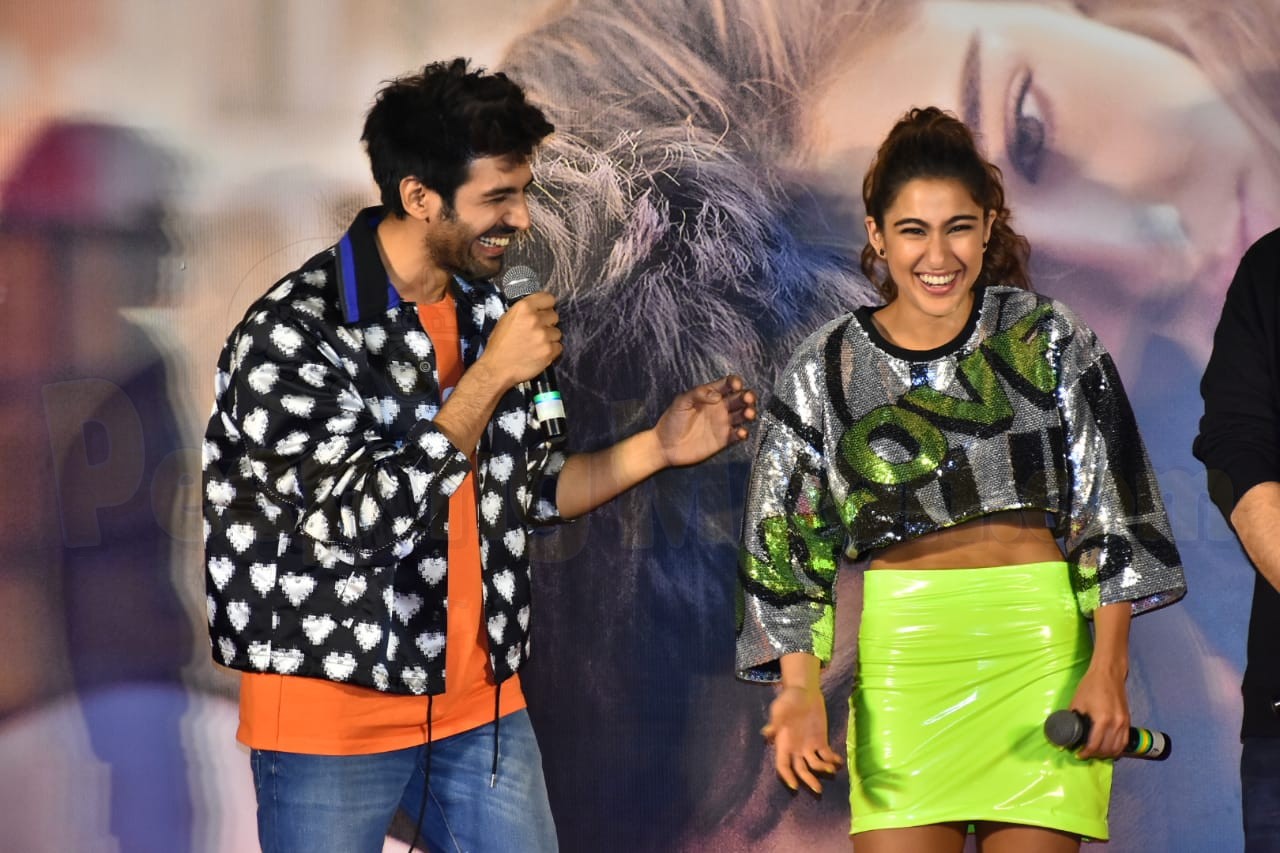 For the trailer launch, Sara opted for a neon skirt and a crop top. With her hair tied into a neat ponytail, the actress allowed her natural glow to do the talking. Kartik, on the other hand, kept it simple in jeans, tee and jacket. Imtiaz also went for a pair of denim and tee. 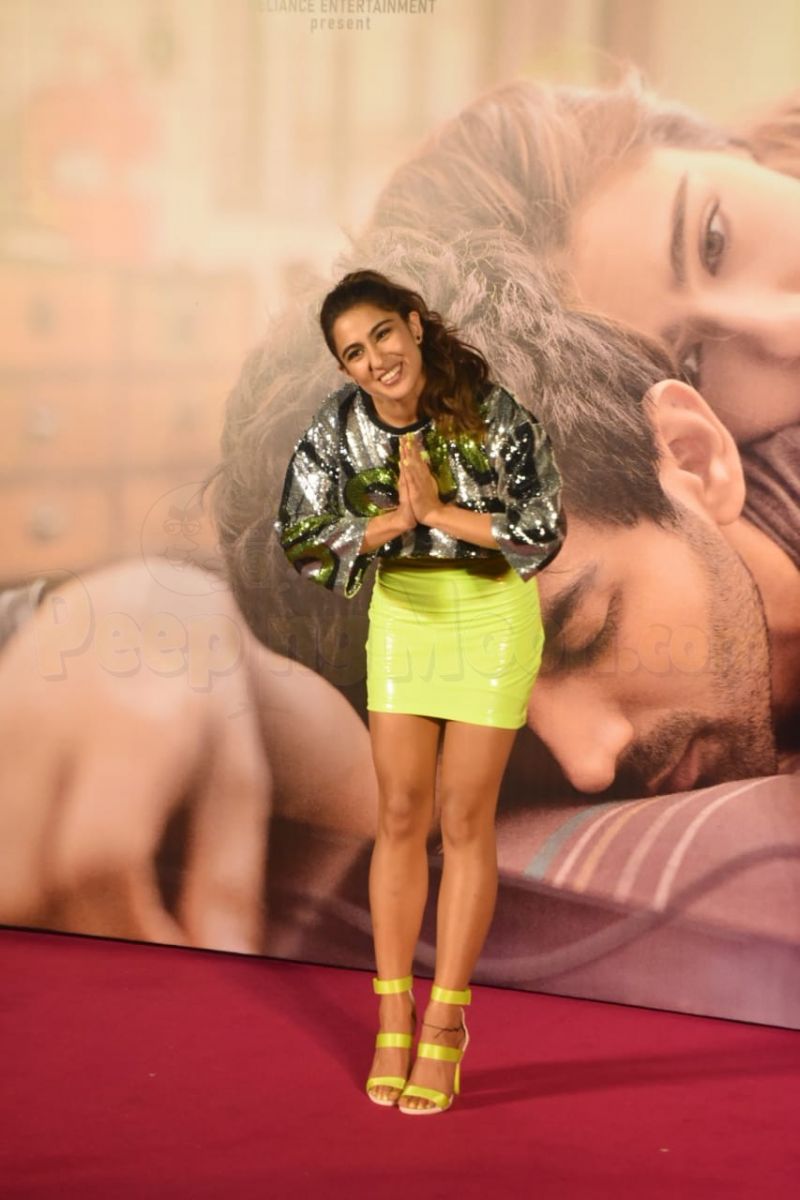 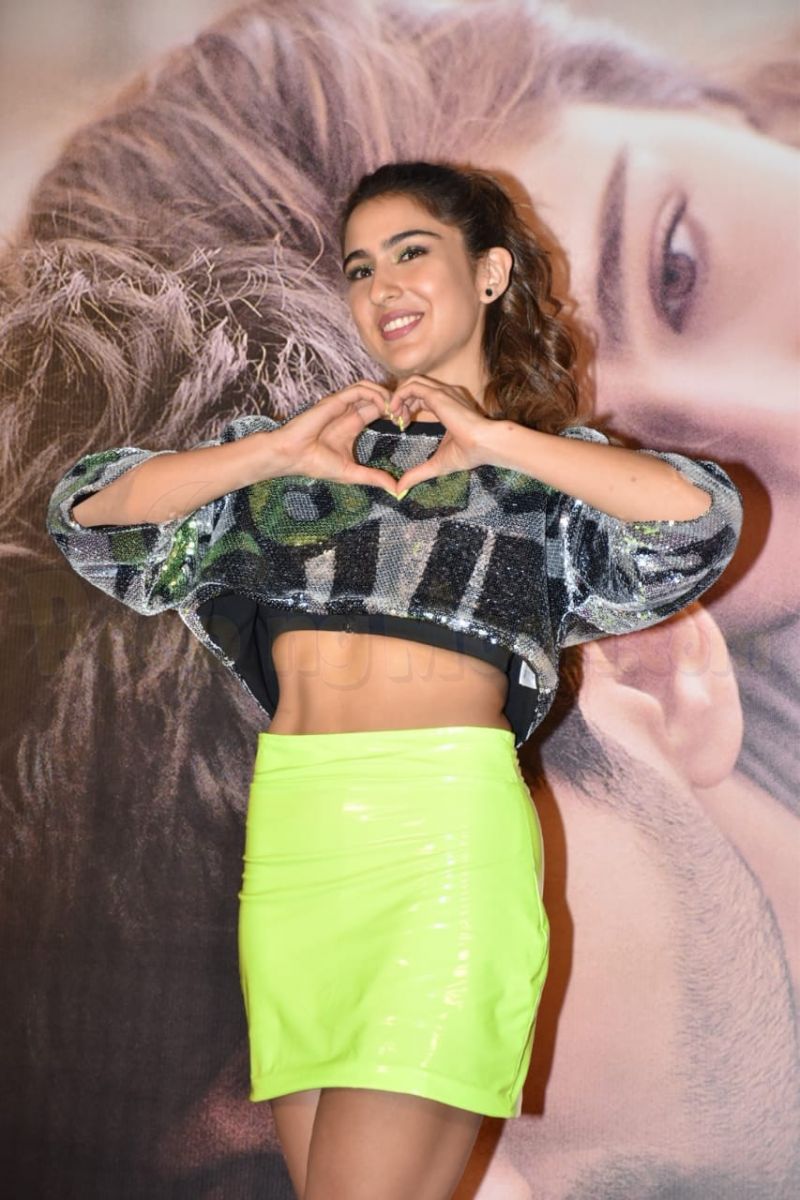 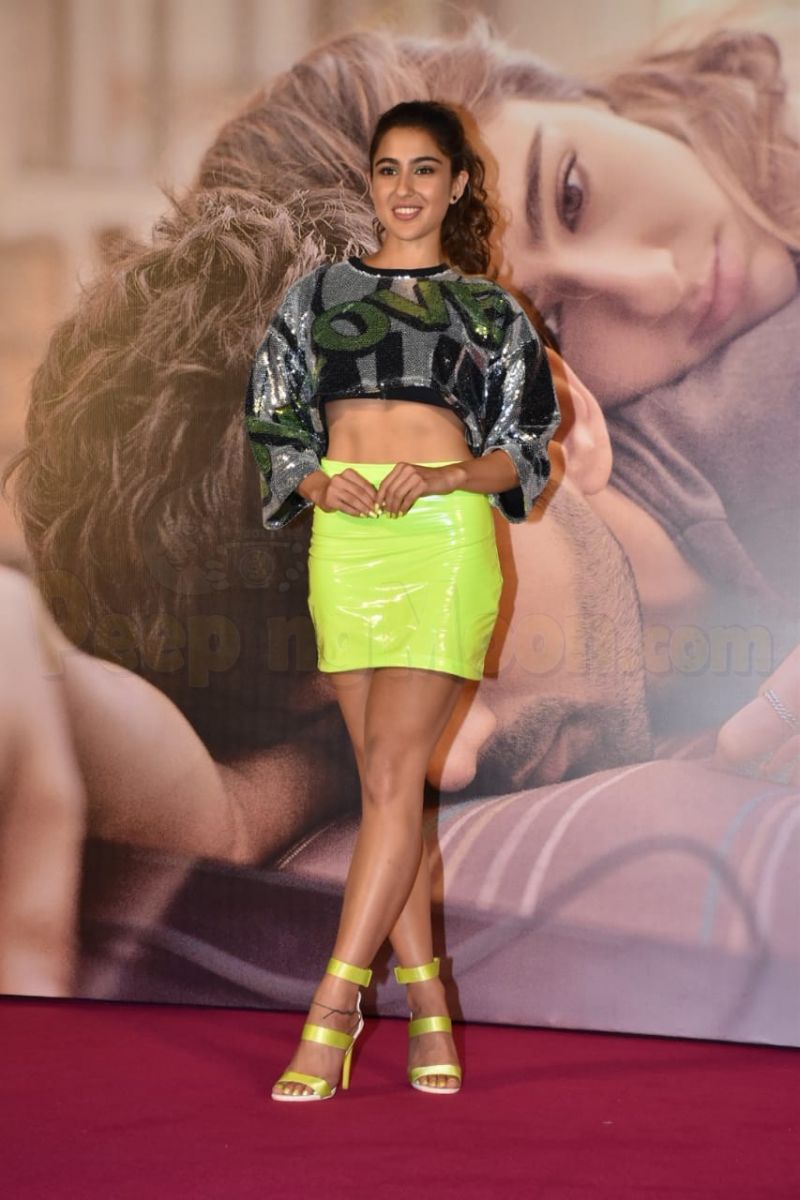 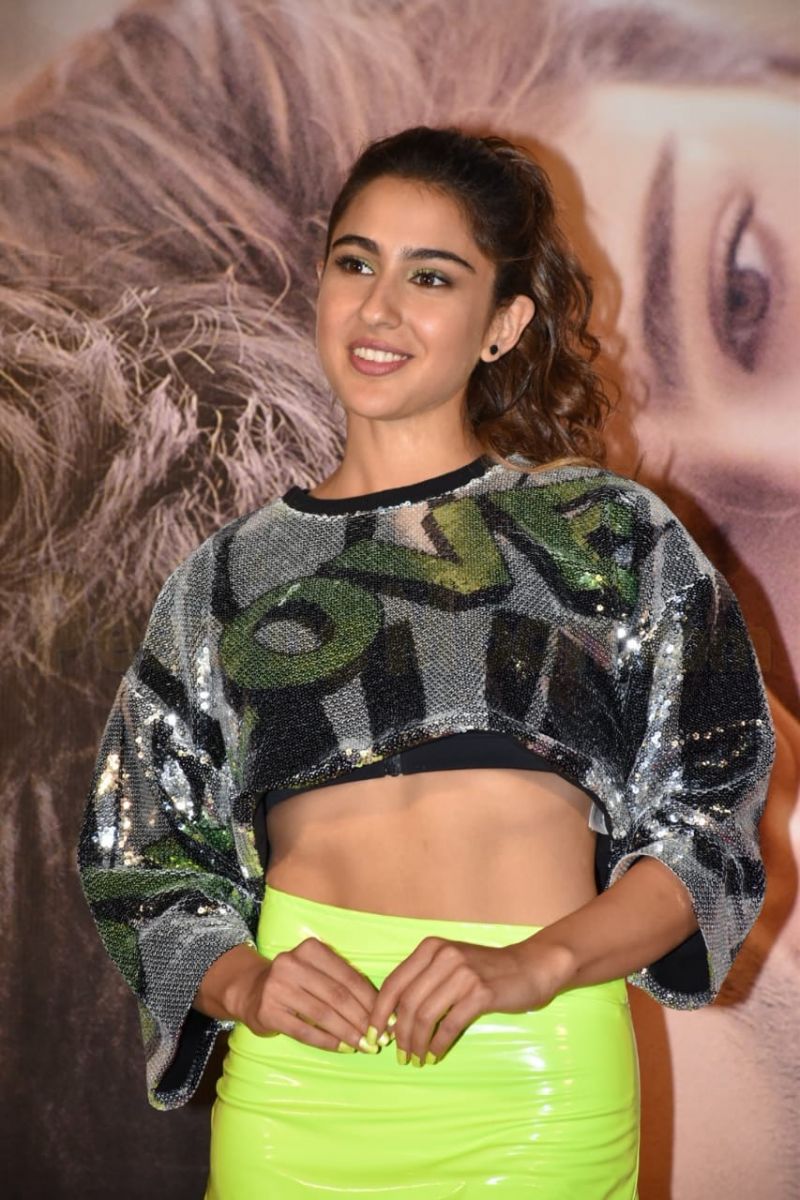 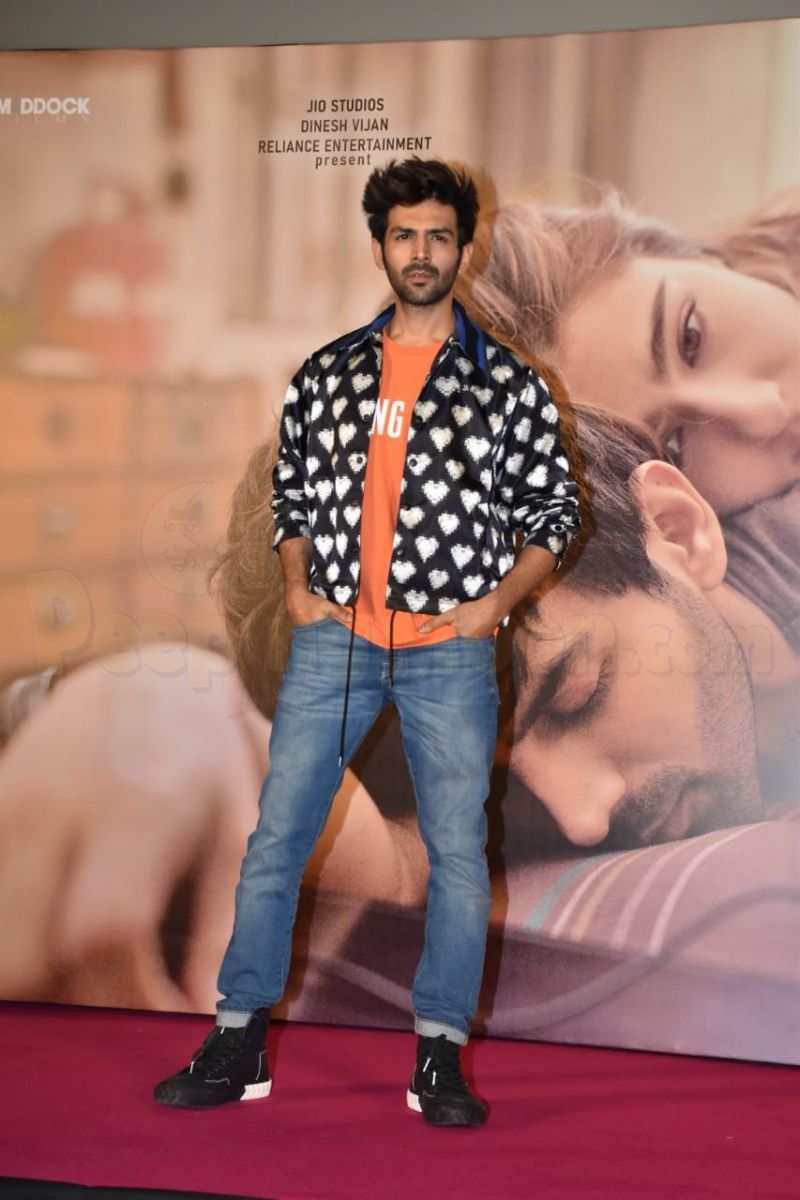 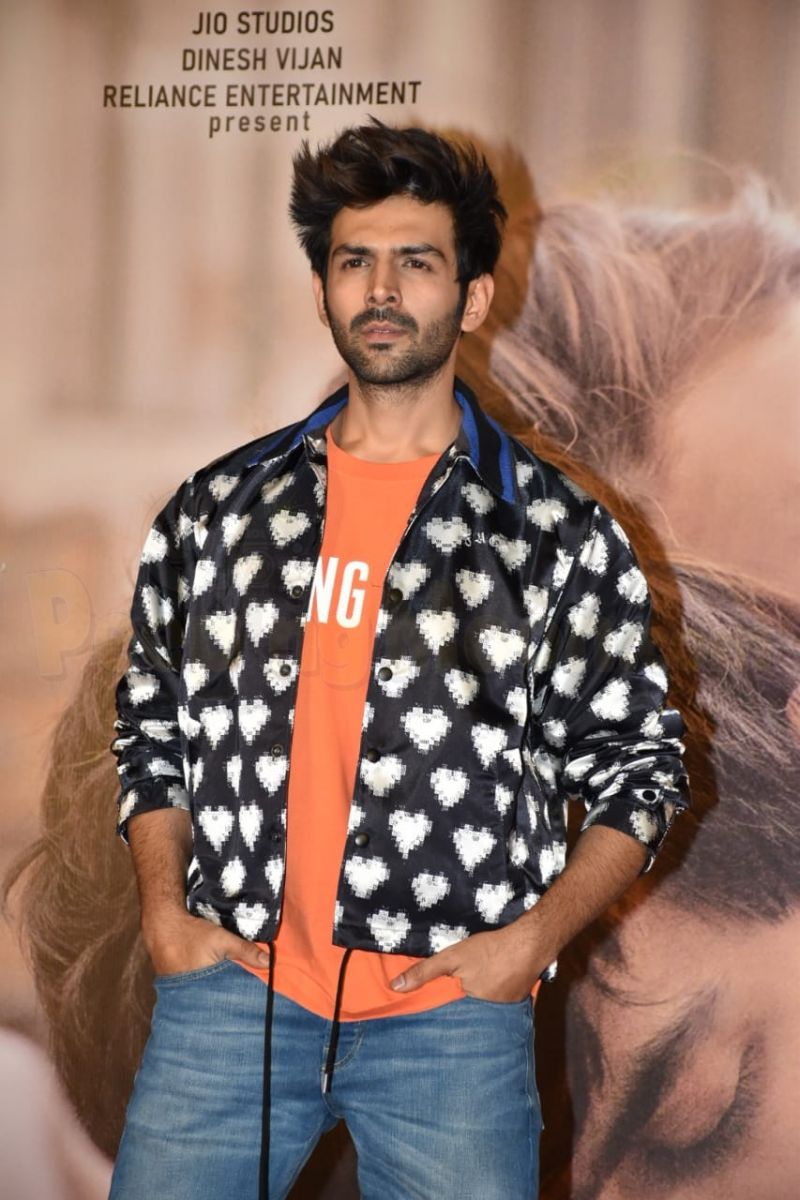 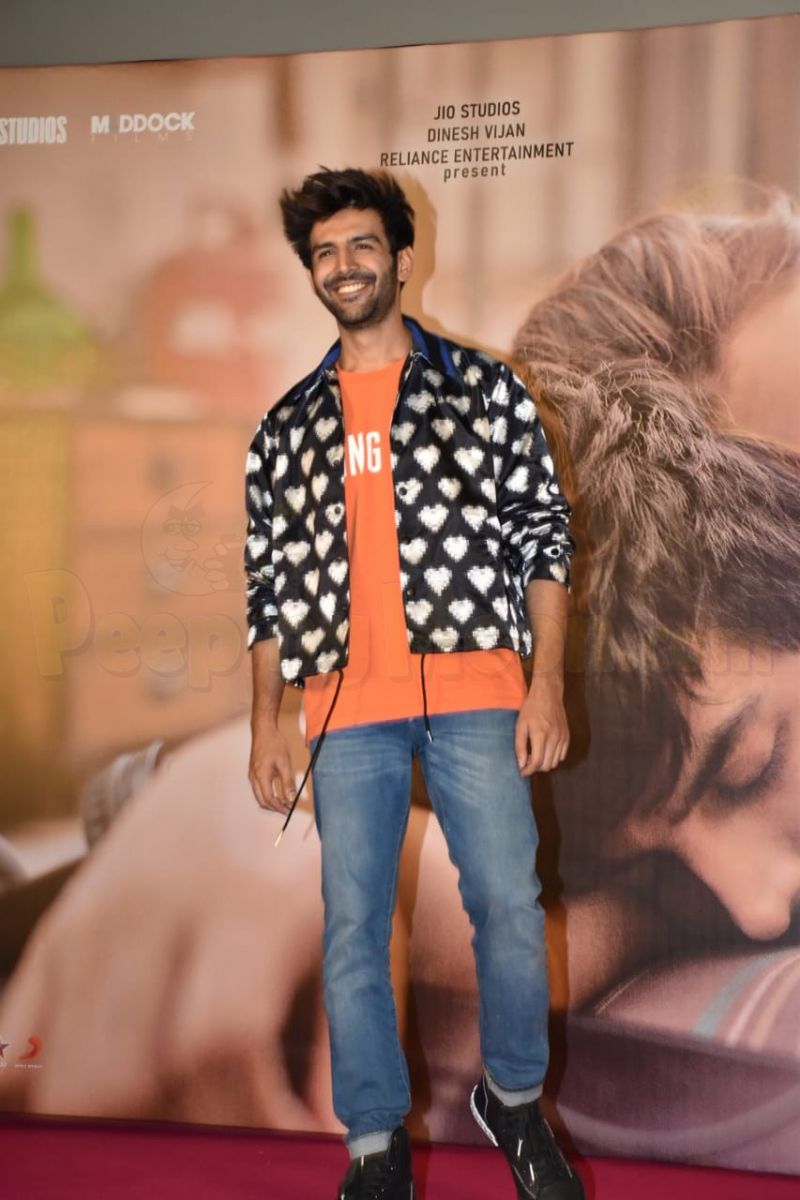 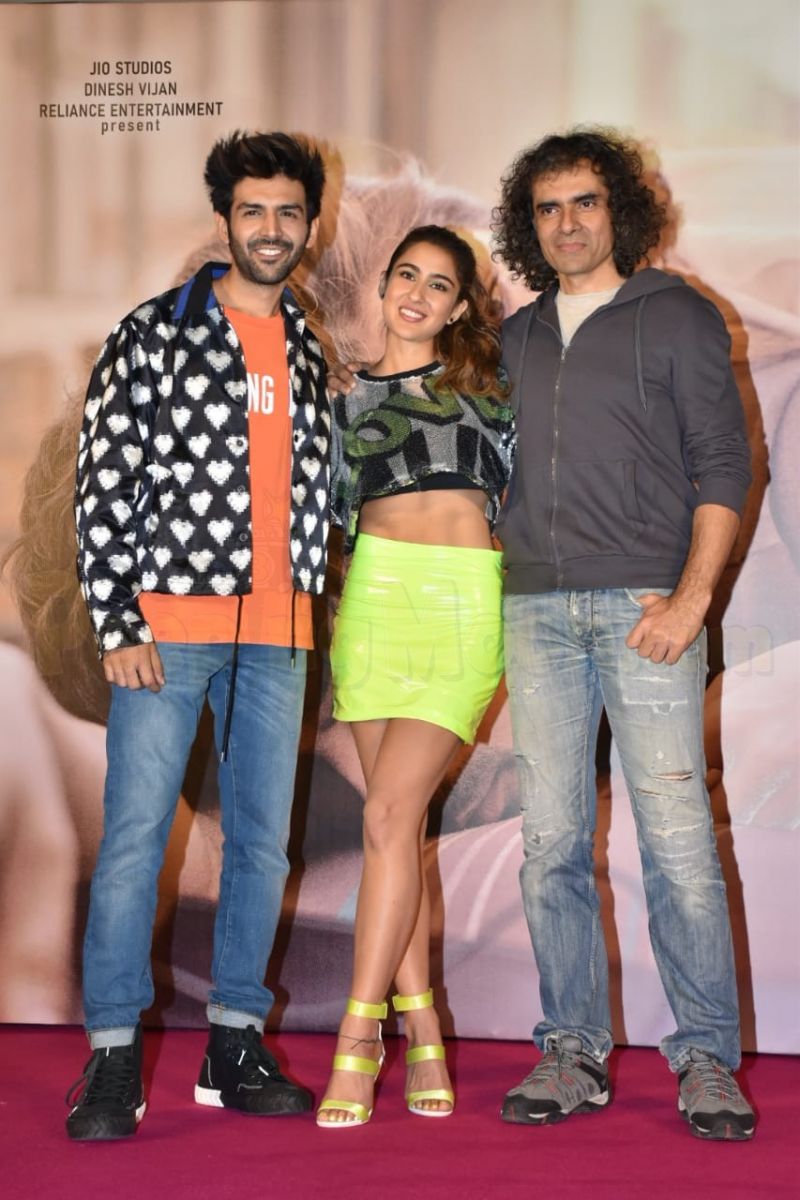 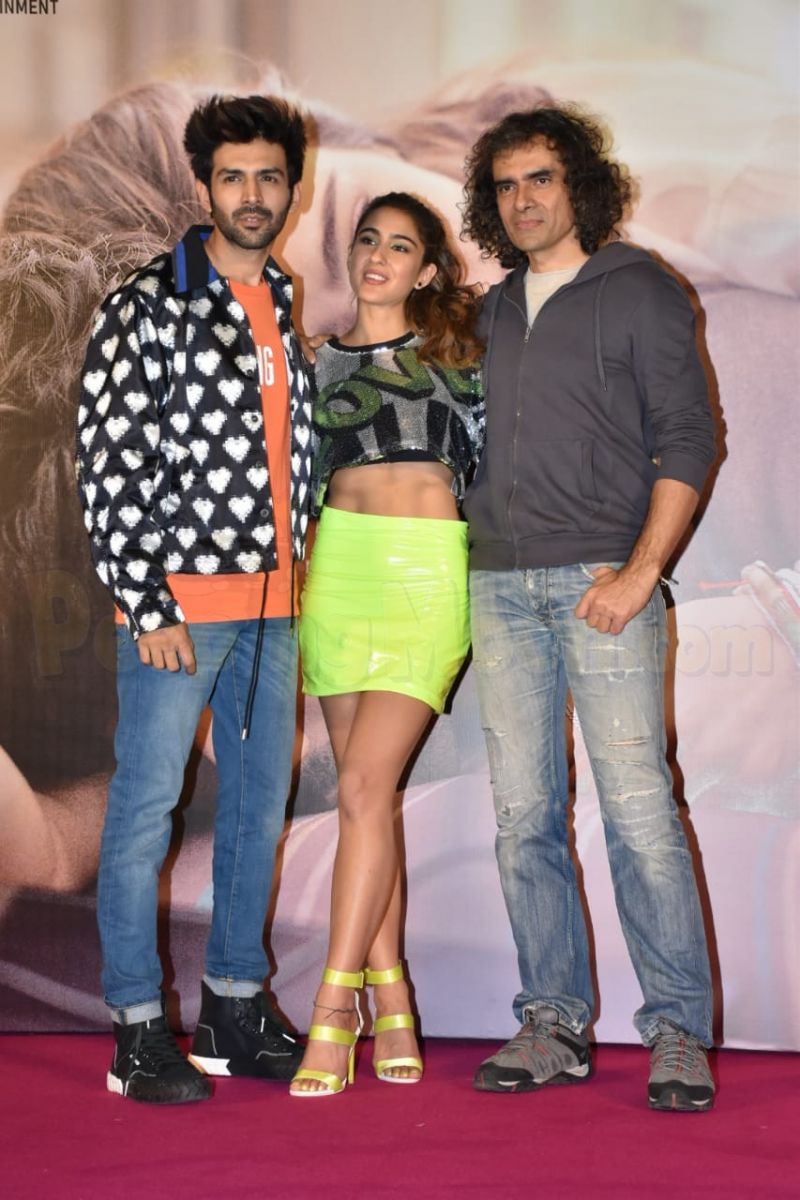