The upcoming Sajid Nadiadwala produced comedy of errors Housefull 4 is among the highly anticipated films of the year and why not. With a host of talented stars including Akshay Kumar, Riteish Deshmukh, Kriti Sanon, Pooja Hegde, Bobby Deol, Kriti Kharbanda and Chunky Panday playing central characters, the film assures to be an ultimate Diwali firecracker at the box-office. As the film is inching closer to its theatrical release, the cast has been keeping on their toes with promotions in the city. And now, with just a handful of days to go, Akshay, Kriti Sanon, Riteish, Bobby, Pooja, Kriti Kharbanda and Chunky geared up to take the promotions to Delhi, but via train. As a promotional strategy and a way to engage with media, the team devised a plan where the lead cast took a special train named Housefull 4 Express to the Capital along with media. This is the first time in the glorious history of Western Railways that promotions are devised on wheels and now, with this, we can't wait for more.

The team, soon after boarding the train and post sessions of exciting games and loads of chit-chat, brought in a pyjama party inside the bogie and oh darling, they had so much fun! Joining the cast of the film was the producer Sajid's gorgeous wife Warda Nadiadwala. Akshay, Kriti(s), Bobby, Riteish and Pooja couldn't stop smiling as they celebrated a mini party inside the moving train. Take a look: 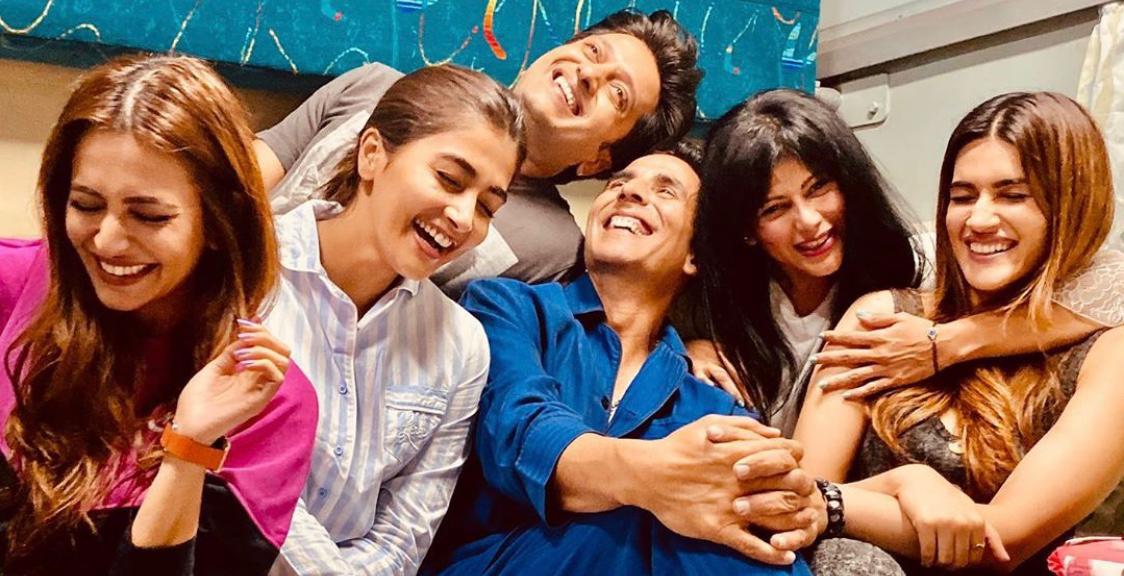 Recommended Read: Inside Pics: Akshay Kumar, Kriti Sanon and their ‘Housefull 4’ co-stars are all smiles as they are clicked inside the ‘Housefull Express With Media’ train

Thappad nahi, kaam se maaro: Priyanka Chopra Jonas to Anubhav Sinha as he praises her for making a mark despite being pulled down