Advertisement
HomePHOTOSPAPARAZZIAs we told you! Ranveer Singh joins Akshay Kumar's 'Sooryavanshi' team to shoot for the climax in Hyderabad

As we told you! Ranveer Singh joins Akshay Kumar's 'Sooryavanshi' team to shoot for the climax in Hyderabad

PeepingMoon.com was the first one to inform its readers that Ranveer Singh and Ajay Devgn will join Ranveer Singh to shoot the climax of Rohit Shetty’s Sooryavanshi. Joining Akshay Kumar for the action-packed highpoint of Sooryavanshi are going to be Ajay and Ranveer who played police officers Bajirao Singham and Bhalerao Sangram in Rohit’s cop universe action dramas Singham and Simmba respectively. Together with Veer Sooryavanshi, which is Akshay’s character as the Anti-Terrorism Squad chief in the film, they become the nemesis of all evil.

Now, Ranveer was spotted at the Hyderabad airport this morning as he arrived to shoot for the climax at Ramoji film city. Rohit and his Sooryavanshi team is already in the city along with Akshay, who reached the city last morning to promote his upcoming film Housefull 4. Ajay will be soon joining the team.

Ranveer looked dapper in red and green as he arrived in Hyderabad. Here are his pictures from the airport: 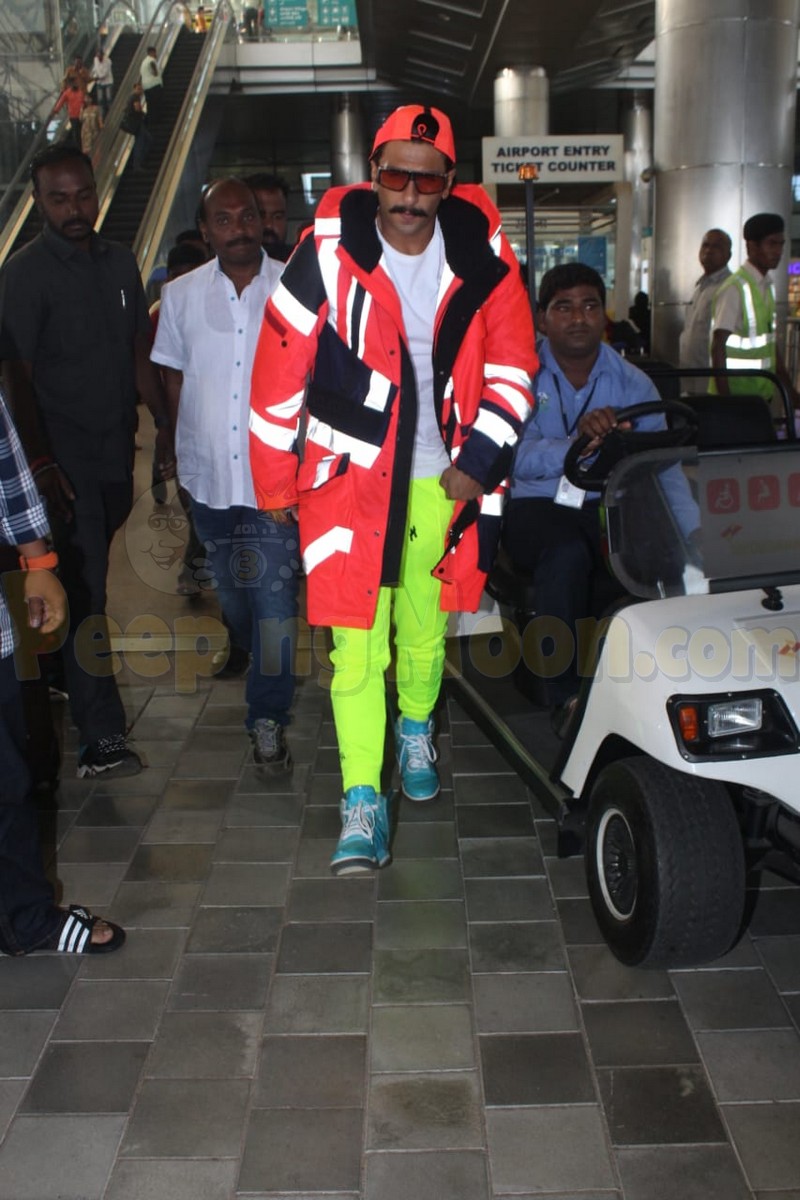 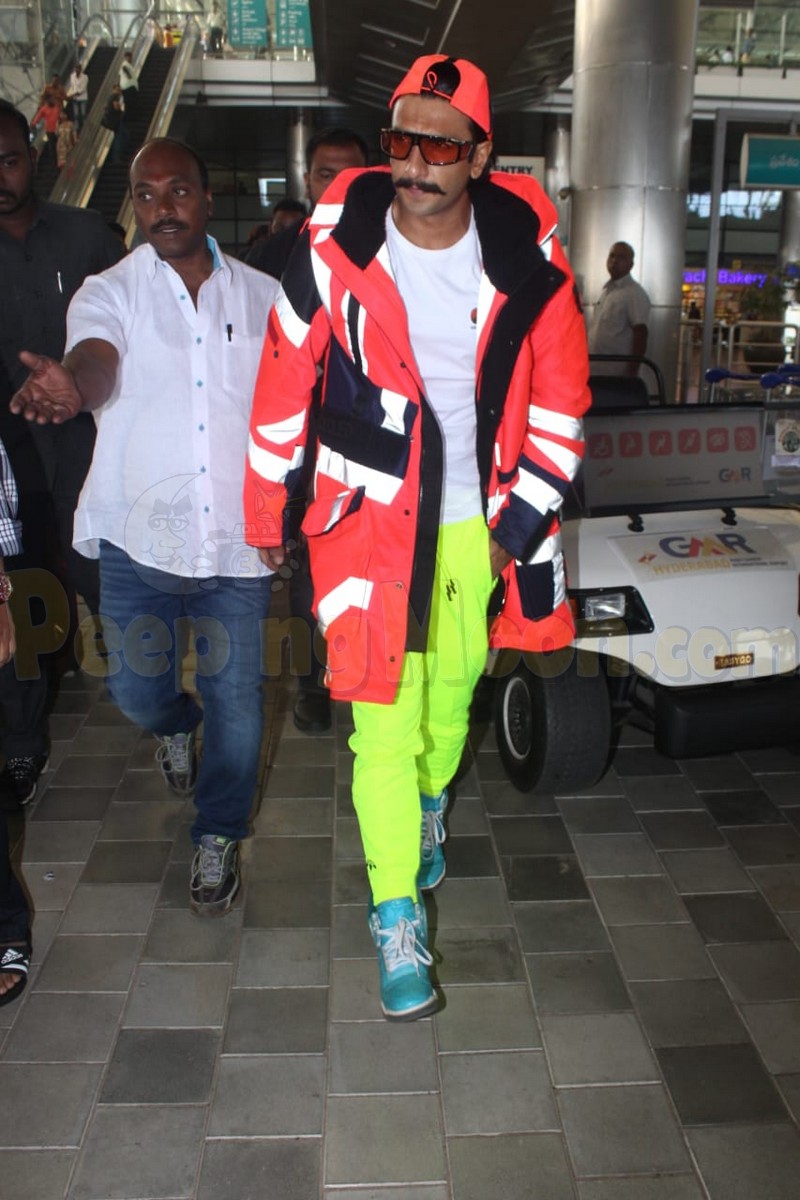 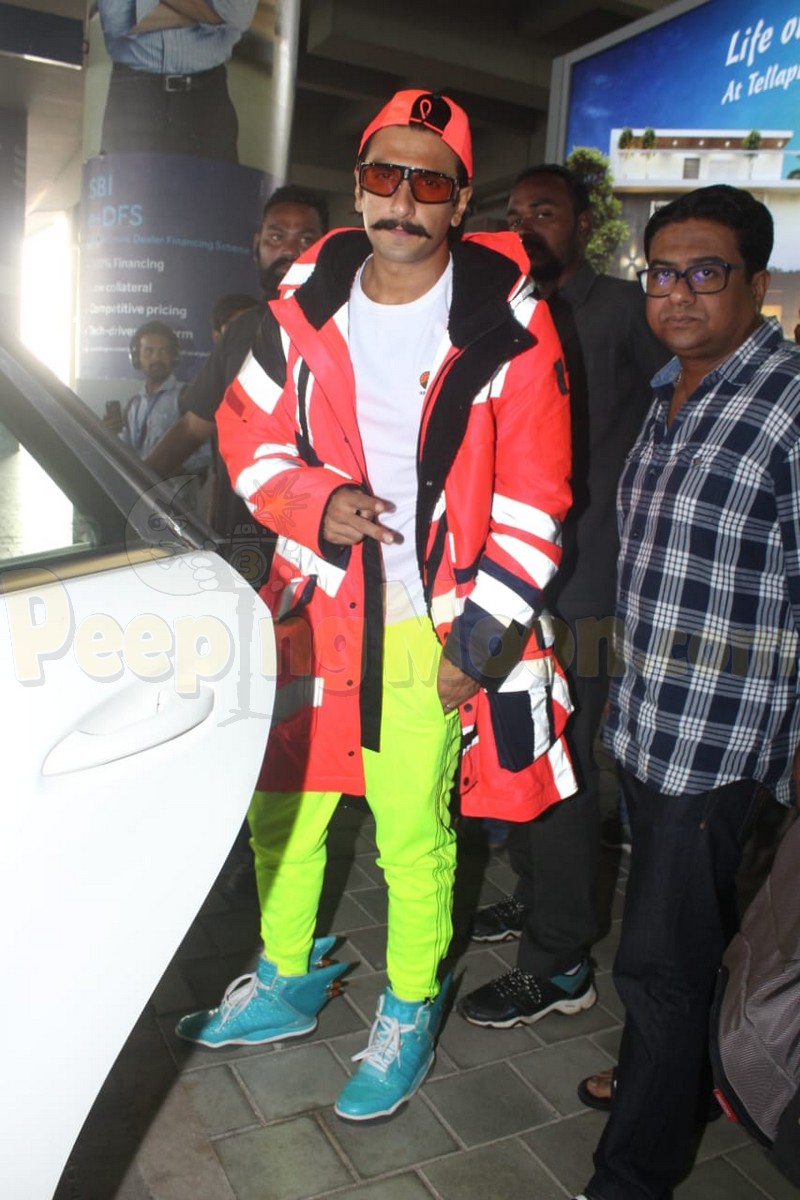 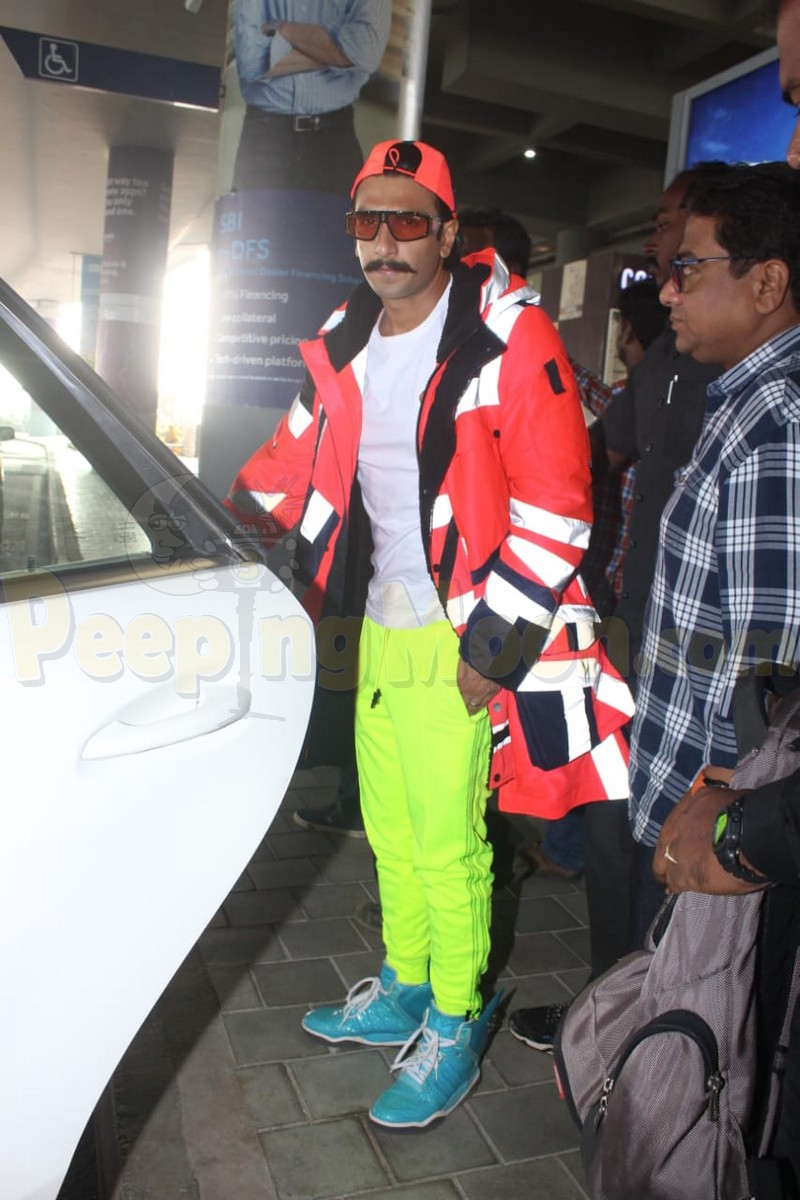 Sooryavanshi is scheduled to release on March 27, 2020.

'KGF' star Yash clicked at Mumbai airport, is a new film on the cards?

Varun Dhawan and Janhvi Kapoor flash their pearly whites as they go to the gym; Ishaan Khatter and Sara Ali Khan opt for an off duty look