The actors of Panipat Kriti Sanon and Arjun Kapoor were spotted along with the director Ashutosh Gowariker at a dubbing studio in the city recently. The trio smiled and posed for the paps together. They were spotted as they came out of a studio after a dubbing session for their upcoming period-drama Panipat slated to release by the end of this year.

Arjun looked dapper in a black sweatshirt which he paired with a set of matching denims. Kriti stole our hearts with a ravishing crimson red dress. The director Ashutosh Gowarikar, on the other hand, wore a simple black shirt with a pair of light blue denims. 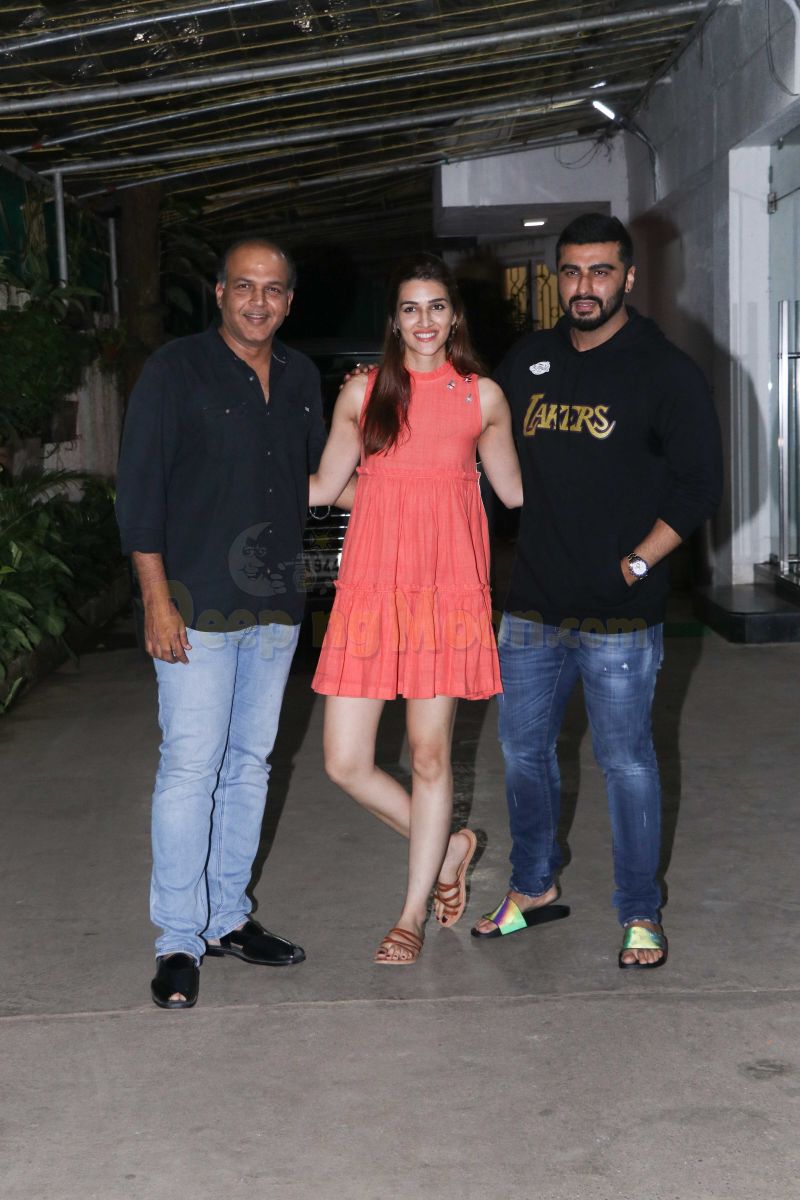 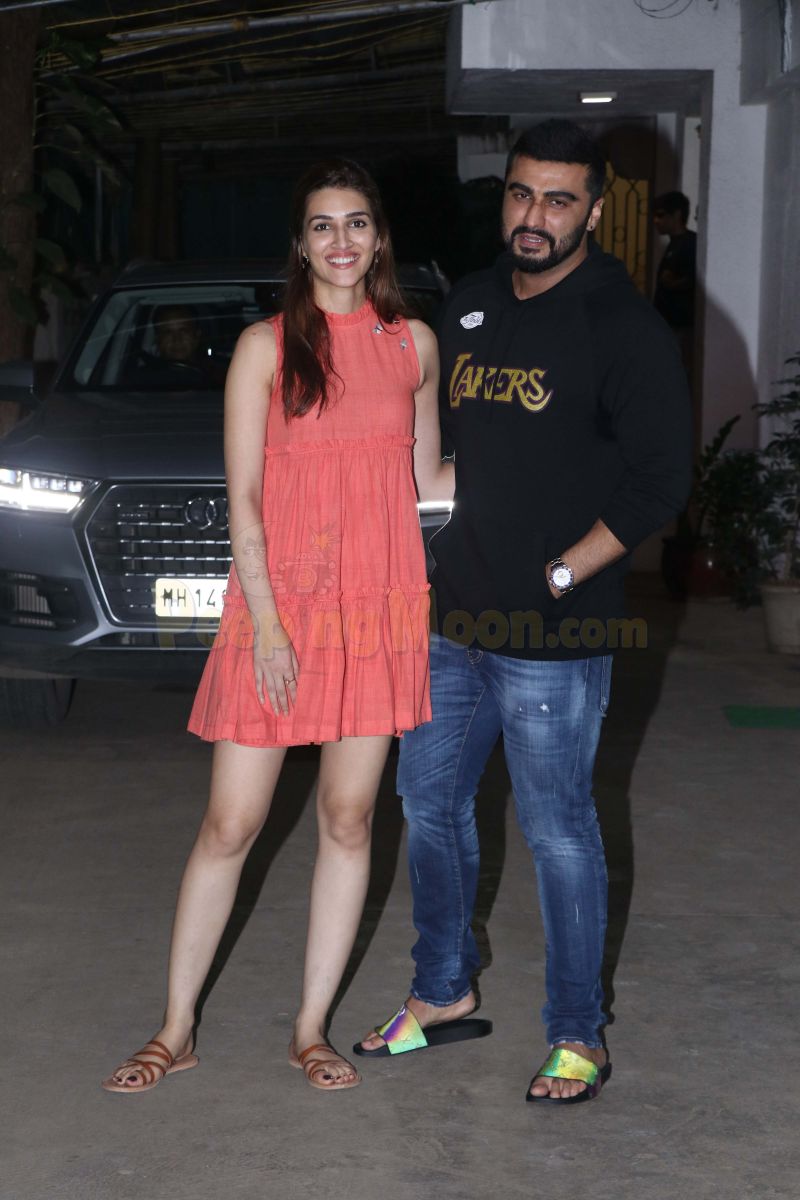 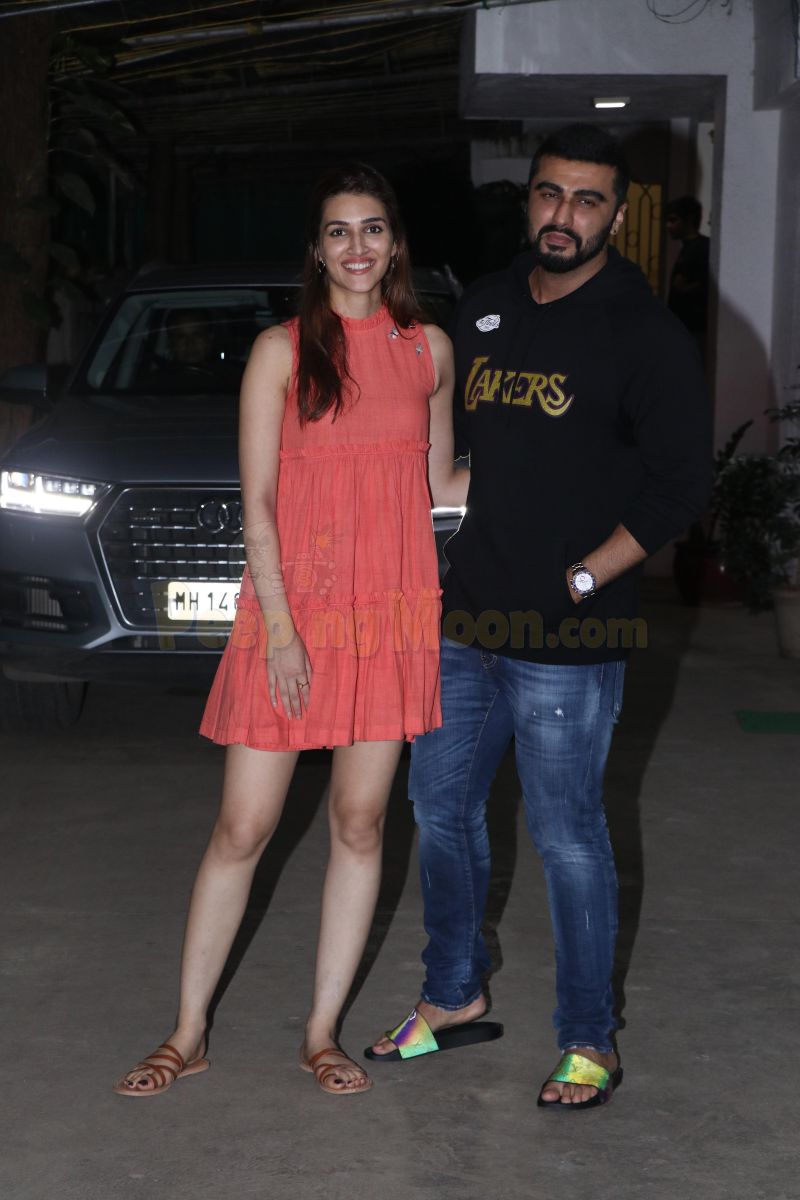 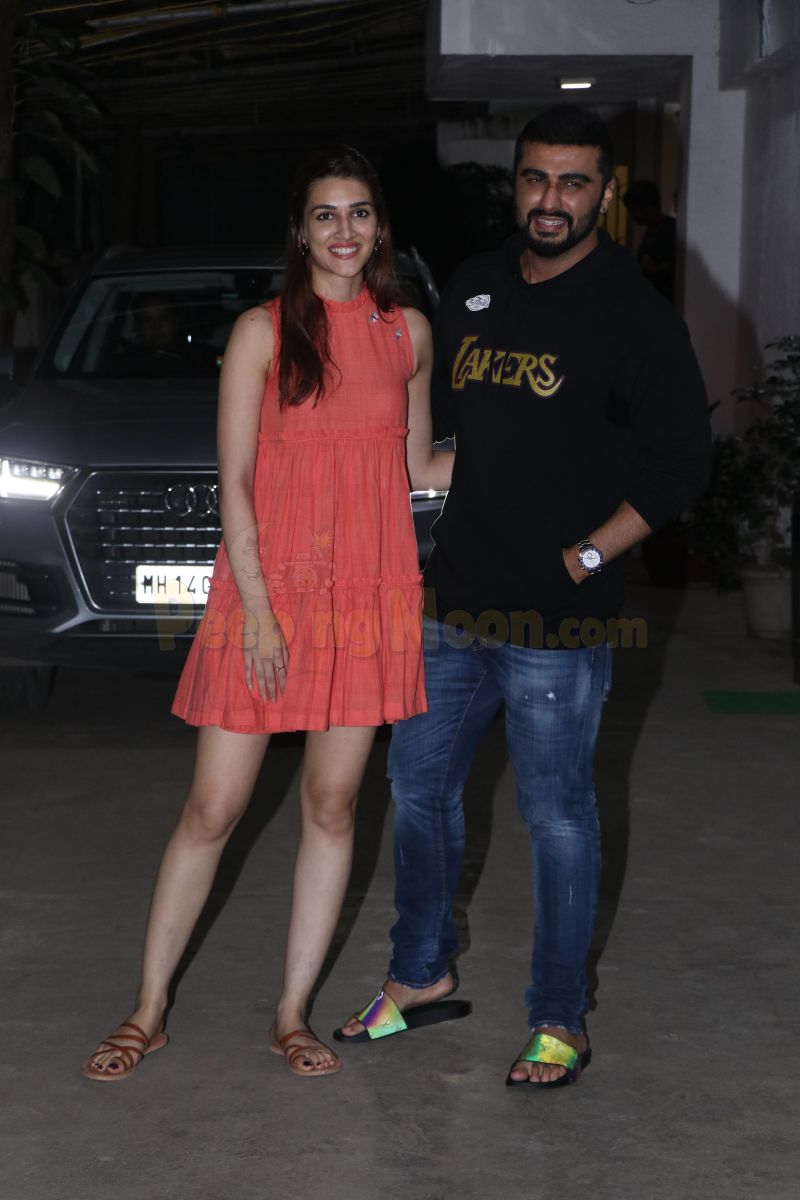