Advertisement
HomePHOTOSPAPARAZZIJust like we said! Deepika Padukone jets off to London to shoot for husband Ranveer Singh starrer '83

Just like we said! Deepika Padukone jets off to London to shoot for husband Ranveer Singh starrer '83

PeepingMoon.com recently confirmed that Deepika Padukone would be seen playing Ranveer Singh's wife in ’83, based on the Indian cricket team’s World Cup victory in June 1983 at Lord’s against the West Indies. Although director Kabir Khan offered Deepika the role of Kapil Dev's wife Romi Dev months ago, Deepika finally took her time arriving at a decision.

Now just a day after our confirmation, Deepika was spotted at the Mumbai airport in the wee hours of Sunday morning as she headed to London to join Ranveer Singh for '83 shoot. What's more? She left everyone impressed as she stepped out in a white tank top with neon yellow joggers and an oversized overcoat. She rounded off her look with white sneakers, black sunglasses and a Chanel handbag.

RECOMMENDED READ: CONFIRMED: Deepika Padukone to play Romi Dev in ’83 and get co-producer’s credit too!

Check out her pictures: 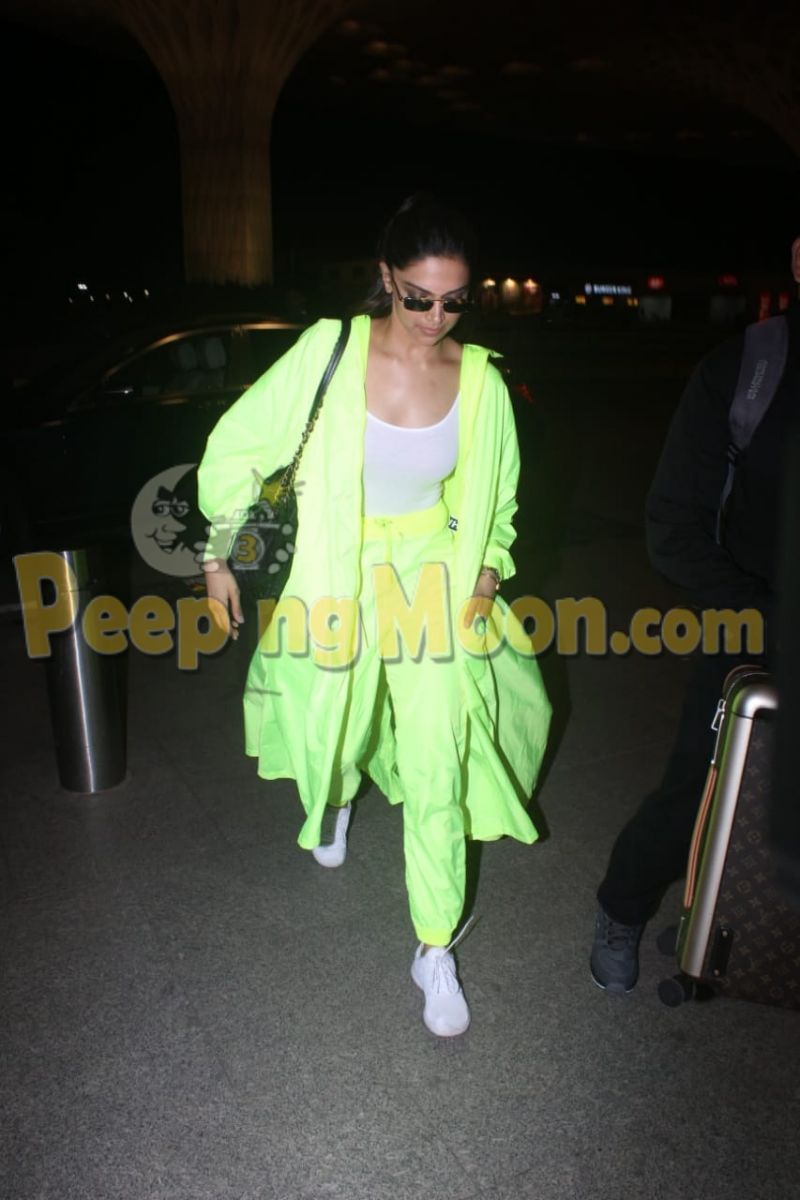 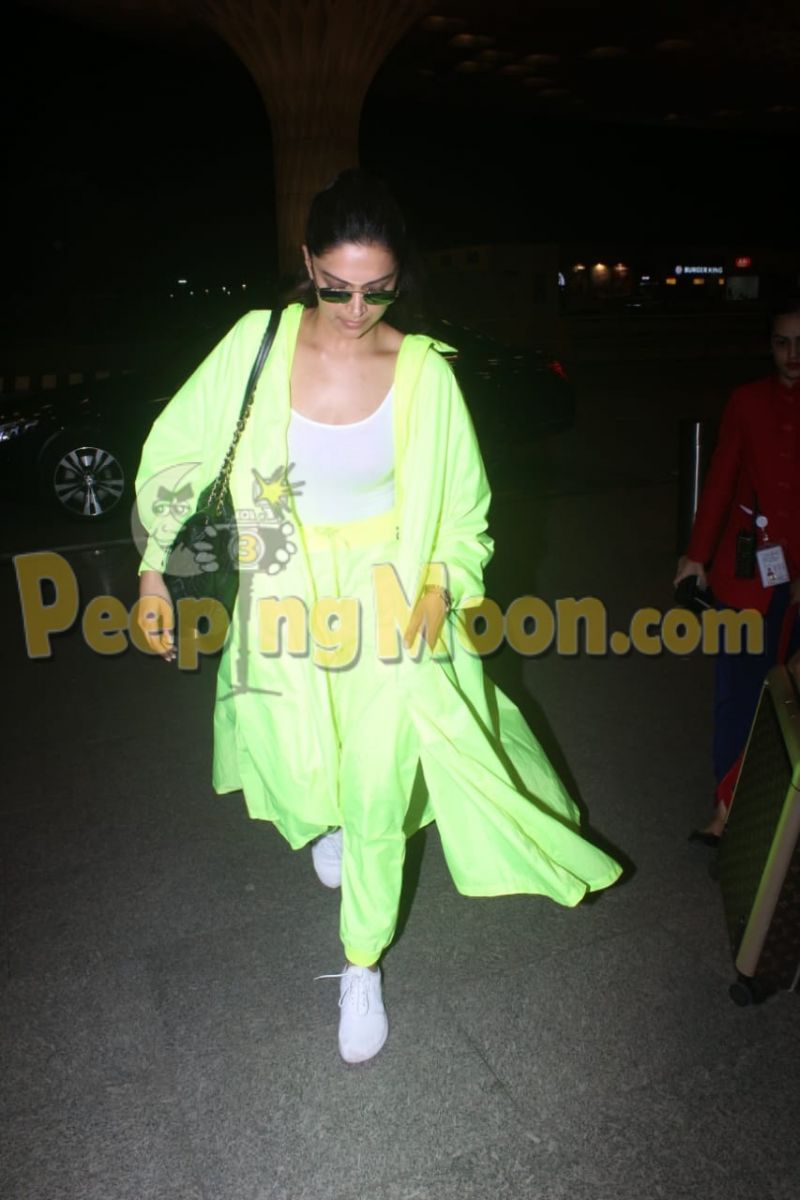 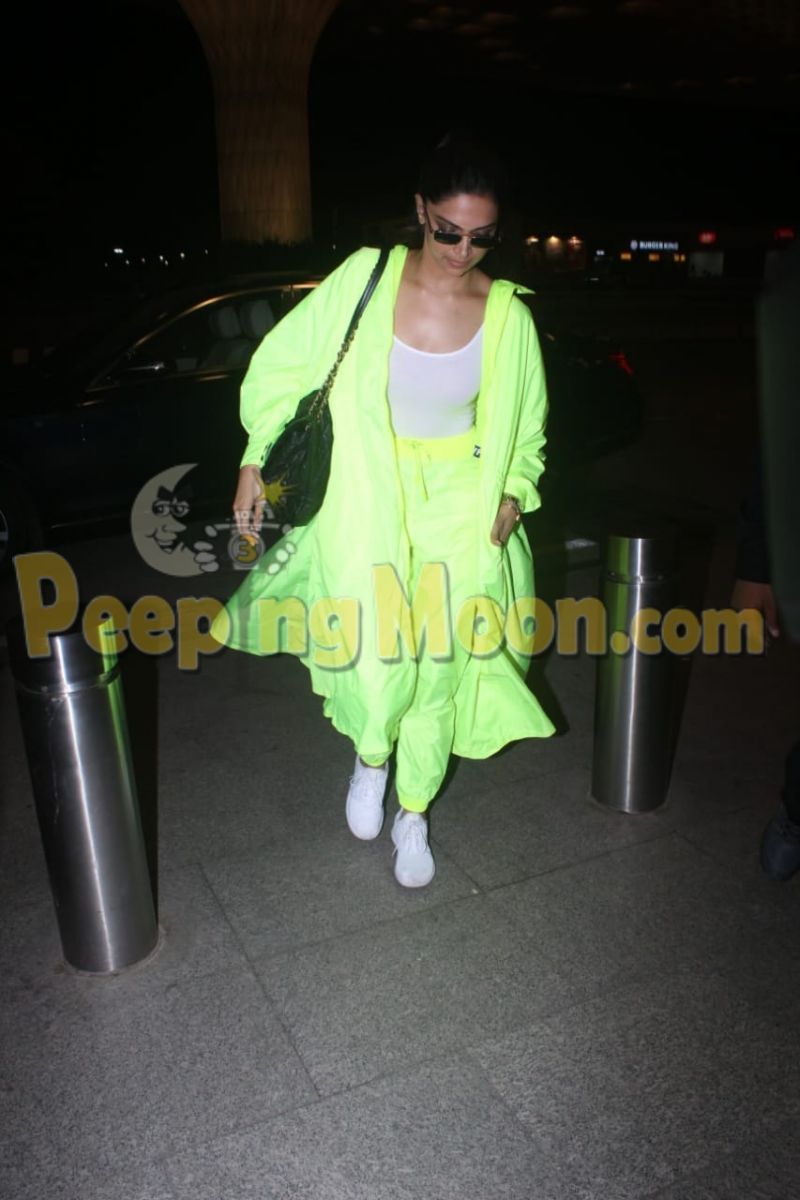 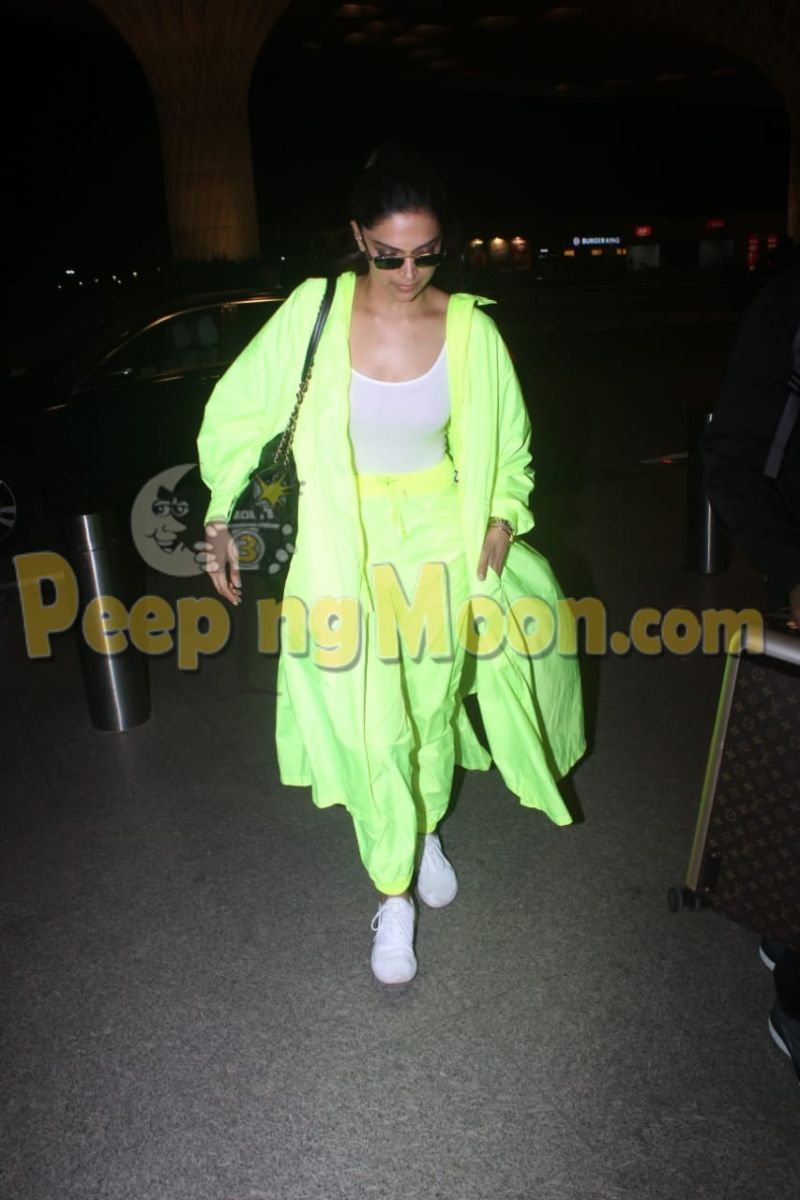 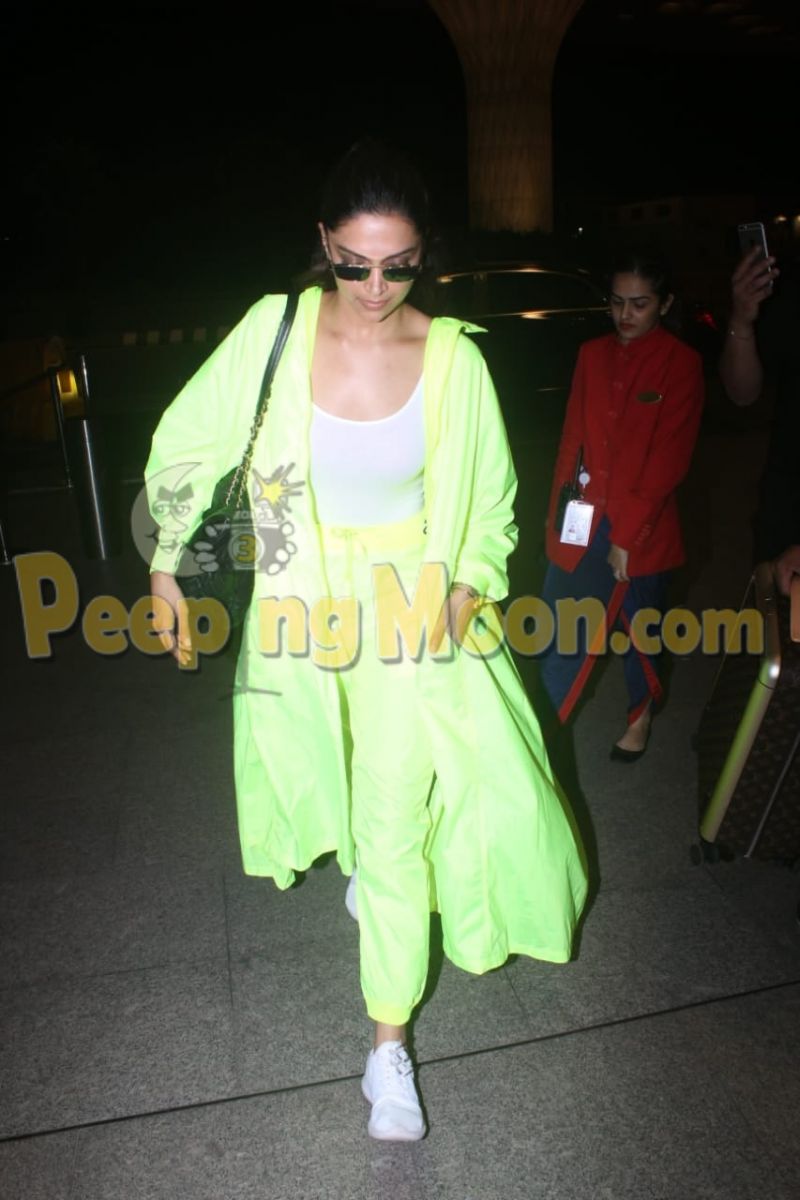