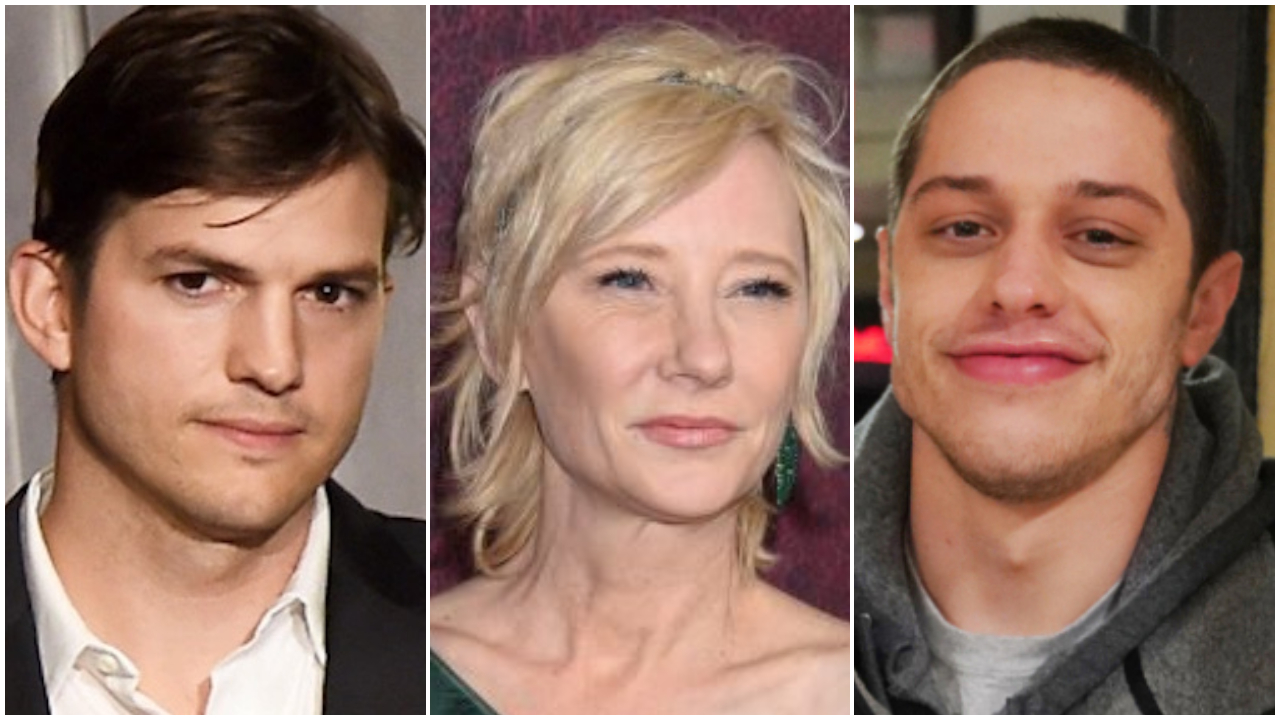 Hollywood celebs seem to be grappling with some major health ailments lately. Anne Heche remains critical after her fiery car crash and is in coma. Ashton Kutcher reveals his battle with autoimmune disease Vasculitis and Pete Davidson is undergoing trauma therapy due to Kanye West’s online harassment.

Read on for more details:

Ashton Kutcher opens up about autoimmune diseases Vasculitis, says ‘lucky to be alive’

Ashton Kutcher recently opened up about having suffered from autoimmune disease Vasculitis that affected his hearing, sight and ability to walk for more than a year. The actor opened up about his condition on the show Running Wild with Bear Grylls: The Challenge. In a video clip from the episode that was shared online and swiftly went viral, Ashton said, “Like two years ago, I had this weird, super rare form of vasculitis, that like knocked out my vision, it knocked out my hearing, it knocked out like all my equilibrium. You don't really appreciate it until it's gone, until you go, I don't know if I'm ever going be able to see again. I don't know if I'm going be able to hear again, I don't know if I'm going to be able to walk again. I'm lucky to be alive."

Before there are a bunch of rumors/ chatter/ whatever out there. Yes, I had a rare vasculitis episode 3yrs ago. (Autoimmune flair up) I had some impairments hear, vision, balance issues right after. I fully recovered. All good. Moving on. See you at the 2022 NY Marathon w/Thorn

Ashton took to Twitter today to clarify that he was diagnosed 3 years ago and that he has recovered now after the video went viral. He tweeted, “Before there are a bunch of rumors/ chatter/ whatever out there. Yes, I had a rare vasculitis episode 3yrs ago. (Autoimmune flair up) I had some impairments hear, vision, balance issues right after. I fully recovered. All good. Moving on. See you at the 2022 NY Marathon w/Thorn.”

Vasculitis causes inflammation and narrowing of blood vessels that restrict blood flow damaging organs and tissues in the body.

American actress and director Anne Heche, who was involved in a car crash in Los Angeles a few days back, has slipped into a coma. The actress is in extremely critical condition and has a pulmonary injury requiring mechanical ventilation, reports 'Variety'. The actor's representative said in a statement accessed by 'Variety', "At this time Anne is in extreme critical condition. She has a significant pulmonary injury requiring mechanical ventilation and burns that require surgical intervention. She is in a coma and has not regained consciousness since shortly after the accident." Earlier, her representative provided an update about her being in stable condition on Saturday. "Her family and friends ask for your thoughts and prayers. We also ask to respect her privacy during this difficult time. Thank you', the earlier statement accessed by 'Variety' further read.

Heche was rushed to a hospital on Friday after her car crashed into a home in the 1700 block of Walgrove Avenue in West Los Angeles, according to reports from 'NBC4LA' and 'CNN'. According to multiple reports, Heche suffered burn injuries when the Mini Cooper she was driving burst into flames. The actor was also reported to have been involved in an accident a few minutes before the Walgrove Avenue crash at a nearby apartment complex. 'Variety' further states that the accident took place as Heche was gearing up to promote her role in Lifetime's opioid crime drama Girl in Room 13. Heche was expected to appear this week at the network's Television Critics Association press tour in order to tout the upcoming project.

Comedian Pete Davidson has been in "trauma therapy" largely due to rapper Kanye West's attacks on social media. The news was confirmed by several sources to Page Six. Beginning in April, The King of Staten Island star, 28, has been seeking help following his feud with the rapper for dating his former wife, Kim Kardashian. "The attention and negativity coming from Kanye and his antics is a trigger for (Pete), and he's had to seek out help," an insider told People, who first reported the story on Monday. The source stressed that, despite calling it quits last week, Davidson "has no regrets for dating Kim and wants it to be made very clear that she's been nothing but supportive of him throughout their relationship". On August 5, an insider confirmed to Page Six that Davidson and Kim, 41, had called quits after nine months of dating.

Kanye has continuously criticised Davidson, who he dubbed Skete, ever since he was first linked to Kardashian in October 2021. Earlier this year, West released a video for 'Eazy' that had him literally kidnapping and burying a cartoon version of Davidson. He also rapped about "beating Pete Davidson's a**". West also attacked Davidson in a second video for the same tune, this time while the actor wore a "Skete" hoodie.

In March, the two men got into a heated text exchange. "Yo it's Skete. Can you please take a second and calm down. It's 8 a.m. and it don't gotta be like this," the comedian texted West, according to screenshots shared by 'SNL' guest writer Dave Sirus. "Kim is literally the best mother I've ever met. What she does for those kids is amazing and you are so f***ing lucky that she's your kids mom," he continued. "I've decided im not gonna let you treat us this way anymore and I'm done being quiet. Grow the f**k up." Davidson went on to ask West if they wanted to meet up and talk. Despite Davidson's attempts, the Yeezy designer didn't stop his attacks. On Monday, West shared a doctored newspaper page on Instagram that declared, "SKETE DAVIDSON DEAD AT AGE 28".