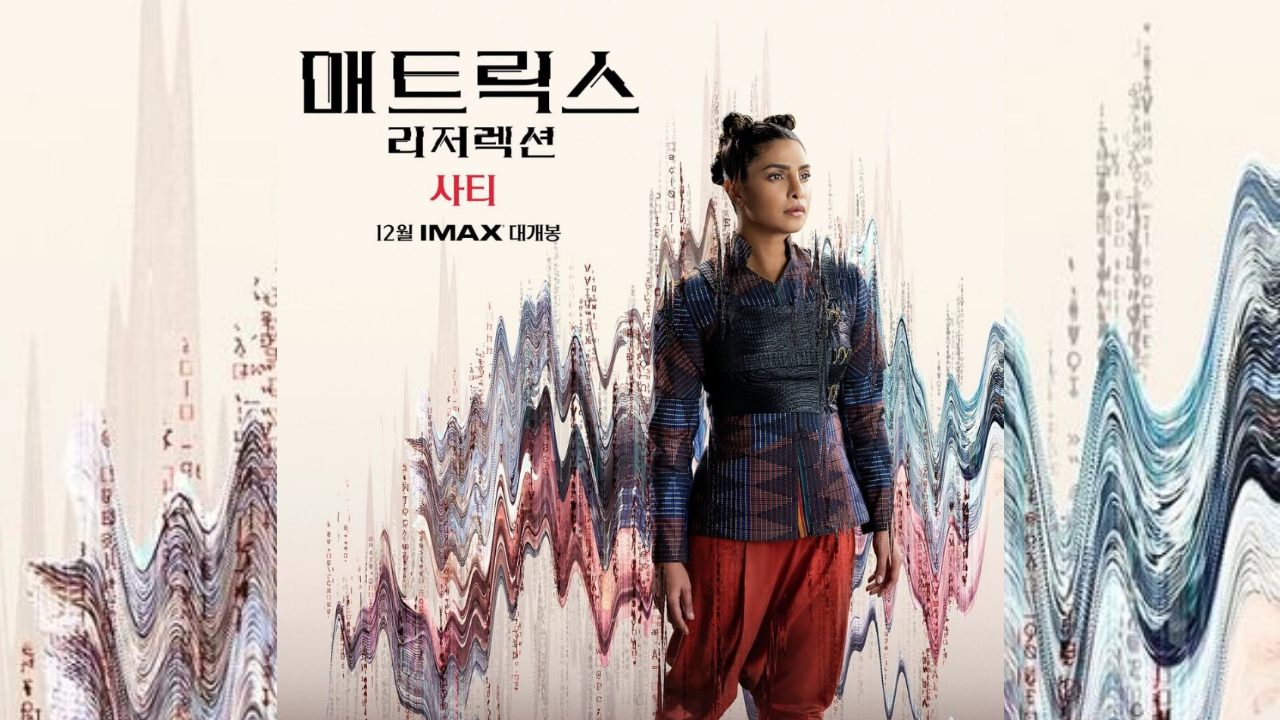 On Monday, Warner Brothers Korea took to their Instagram account and shared the Korean posters of their highly anticipated film, The Matrix Resurrections. While the images on the posters remained the same as their English counterparts but some of the text appeared to be changed. Priyanka Chopra Jonas’ poster revealed her character’s name proving fan theories correct that she indeed is playing the role of Sati.

In the poster featuring Priyanka, the title of the film was written in the local language while the text in red spelled out her character’s name- Sati (). The caption also had the hashtag Sati along with the poster.

The Matrix Resurrections have several popular fan theories, one of the most popular is the one that Priyanka is playing the grown-up version of Sati, as seen in the trilogy, and she sends Keanu Reeves’ Neo into the rabbit hole. The theory gained ground after the trailer was released which has Alice in Wonderland subtext and Priyanka’s character was seen with the book. It was also speculated that she might have a bigger role to play in Neo’s journey and may even be the new Oracle.

Priyanka’s look has also fuelled interest as she is seen with glasses and hair tied up in ‘space’ buns. The Matrix Resurrections also stars Jada Pinkett Smith reprising her role of Niobe whereas Christina Ricci, Jessica Henwick, Jonathan Groff and Neil Patrick Harris will be new additions to the cast. Directed by Lana Wachowski, the film is slated to release on December 22, 2021.