Meghan Markle and Prince Harry dropped a nuclear sized bomb when they chose to open up about their former royal lives in front of Oprah Winfrey in a tell-all interview. The interview has left everyone shocked with the accusations that Meghan had levied on the Firm (British Royal Family) of not being supportive of her and being racist towards her. She has also said that the skin colour of her and Prince Harry’s son Archie was debated and the decision of not giving him a title and security stemmed from that fact. Meghan also said that she felt suicidal and reached out for help but there was no one forthcoming. However, the interview felt like history repeating itself when Prince Harry said that what Meghan faced in the royal household was something similar to what his mother Princess Diana did; and their interview was reminiscent of the famous BBC interview of hers where she said almost the same thing of not being understood or protected by the Royal Family.

The funeral of Princess Diana with her two young sons Prince William and Prince Harry walking behind her coffin is a ghostly reminder of the traumatic childhood they have led. That image hovered again as Harry and Meghan spoke their truth to Oprah. The British media has famously cast Meghan in the villainous role of the Duchess of Windsor (Bessie Wallis Warfield Spencer Simpson), an American divorcee who married King Edward VIII. The King had to abdicate his throne in 1936 and make way for his younger brother King George VI who was the father of Queen Elizabeth II, the present reigning monarch and grandmother of Prince Harry. However, Harry and Meghan seem determined to positing the latter as a version of Princess Diana, a woman mistreated by her in-laws and media.

CBS Presents Oprah with Meghan and Harry: A Primetime Special this Sunday at 8/7c. #OprahMeghanHarry pic.twitter.com/iKFjiVP3IH

During the interview, Harry said that he felt Diana’s presence ‘all through the process’. Harry spoke of breaking free from the old and traditional patterns and making his own way ahead. He even made the comparison explicit when he referred to the ‘constant barrage’ of criticism and racist attacks against his wife. He said, “What I was seeing was history repeating itself,” although he described the treatment with Meghan “far more dangerous” as it also had social media and racism thrown in. 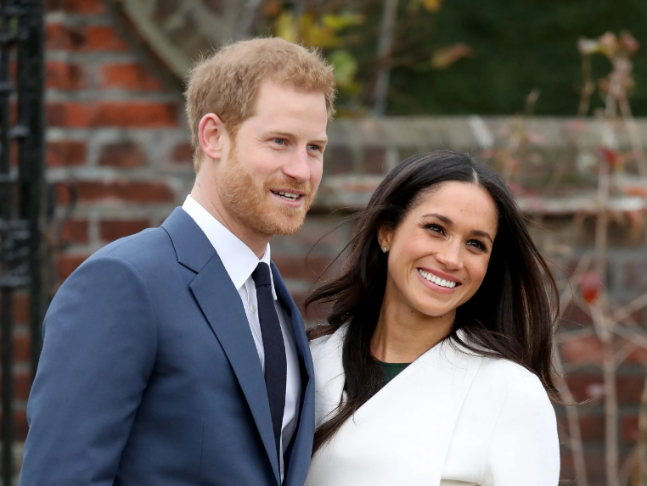 Meghan’s discussion of her mental health, suicidal thoughts, loneliness and desolation was reminiscent of Diana’s account of the bulimia and depression that consumed her during her own marriage to Prince Charles. Both women said that they had desperately sought help from the royal family but were ignored. “When I’m talking about history repeating itself, I’m talking about my mother,” Harry said. “When you can see something happening in the same kind of way, anybody would ask for help.” Instead the couple was told, “This is how it is. This is just how it is.”

Princess Diana didn’t even know that she was speaking for her future daughter in law Meghan #OprahMeghanHarry pic.twitter.com/vzQoY7sHdX

The interview also brought out the many parallels between Meghan and Diana. Like her deceased mother-in-law, Meghan proved unable or unwilling to toe the line. The palace did nothing to dispel the emerging false narrative that was being propagated in the media. Like Diana, she was hounded by the tabloids, which accused her of seeking attention while gloatingly filling its pages with stories about her.

However, there are differences as well between the two due to which Meghan has fared way better than Diana. Meghan was 36 when she married Harry, more worldly, divorced and was a successful actress with her own source of income. Diana was only 20 when she married Charles. Meghan is also American, with a sensibility and culture of talking, breaking out, being individualistic and charging ahead while Diana led a sheltered life rooted with traditions and orthodoxy. Meghan also has a supportive husband in Harry who stood up for his wife and son, unlike Charles who was having an affair with Camilla Parker Bowles, now his wife. Meghan wore a diamond bracelet that had once been Diana’s when she sat for her interview.

CBS Presents Oprah with Meghan and Harry: A Primetime Special this Sunday at 8/7c. #OprahMeghanHarry pic.twitter.com/zJZ6IyRZJw

The televised interview was also reminiscent Diana’s BBC one as another daughter-in-law levied allegations against the royal family. However, it was Harry who invoked Diana’s image repeatedly. He said he believed Diana would have been angry and sad at the couple’s treatment. And he said she would have supported their decision to leave Britain and seek a new life away from the constraints of the royal family. He told Oprah, “Touching back on what you asked me — what my mum would think of this — I think she saw it coming. But ultimately, all she’d ever want is for us to be happy.” He also spoke about the estrangement he and his father have felt lately and the falling-out that they have had. He said, “There’s a lot to work through here. I feel really let down, because he’s been through something similar. He knows what pain feels like, and Archie’s his grandson. At the same time, of course, I will always love him. But there’s a lot of hurt that’s happened.” Ultimately, he said that thanks to the little nest egg his mother gave him he was able to forge ahead and make a new life for himself with his family in the US.