Advertisement
HomeHOLLYWOODNewsKanye West keen on helping Taylor Swift get her masters back, says Scooter Braun is a 'close family friend'

On Friday, Kanye West said that he wants to help Taylor Swift get her master recordings back as he continues to demand his own and to sharply criticize the music industry, comparing it to “modern day slave ships” and himself to Moses. West tweeted he will 'personally see to it that Taylor Swift gets her masters back,' noting that Scooter Braun is a 'close family friend.'

Kanye wrote, "I'M GOING TO PERSONALLY SEE TO IT THAT TAYLOR SWIFT GETS HER MASTERS BACK. SCOOTER IS A CLOSE FAMILY FRIEND."

I’M GOING TO PERSONALLY SEE TO IT THAT TAYLOR SWIFT GETS HER MASTERS BACK. SCOOTER IS A CLOSE FAMILY FRIEND

Recommended Read: Kanye West reveals it was God who told him to crash Taylor Swift’s MTV VMAs speech in 2009

Braun’s Ithaca Holdings reportedly paid $300 million last year to buy Big Machine Records, which owned the rights to the master recordings of Swift’s first six albums. Swift wrote in a Tumblr post at the time that she had no advance warning about the label’s sale and that she had “pleaded” for a chance to own her work for years. She said, “Instead I was given an opportunity to sign back up to Big Machine Records and ‘earn’ one album back at a time, one for every new one I turned in.” 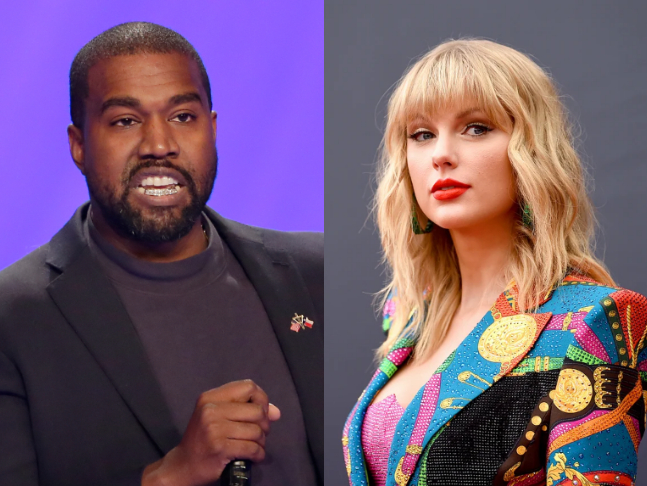 "I walked away because I knew once I signed that contract, Scott Borchetta would sell the label, thereby selling me and my future. I had to make the excruciating choice to leave behind my past. Music I wrote on my bedroom floor and videos I dreamed up and paid for from the money I earned playing in bars, then clubs, then arenas, then stadiums," she added.