Priyanka Chopra is a true global star who is making the world proud. Leaving behind an indelible mark in Bollywood and Hollywood, there is no stopping for our beloved desi girl. In January this year, reports of Priyanka being in talks for Warner Bros' The Matrix 4 left fans of the global star excited. Now, confirming the news, an international publication informed its readers that the actress has signed the film and is also shooting for it. Priyanka, who has an exciting lineup of projects to her kitty, will feature opposite Keanu Reeves.

Confirming Priyanka's participation in the American science fiction action film, the international publication stated that the shoot of The Matrix 4 was put on hold due to the Coronavirus pandemic and the team has recently resumed filming. Priyanka's role and character details are still under tight wraps. 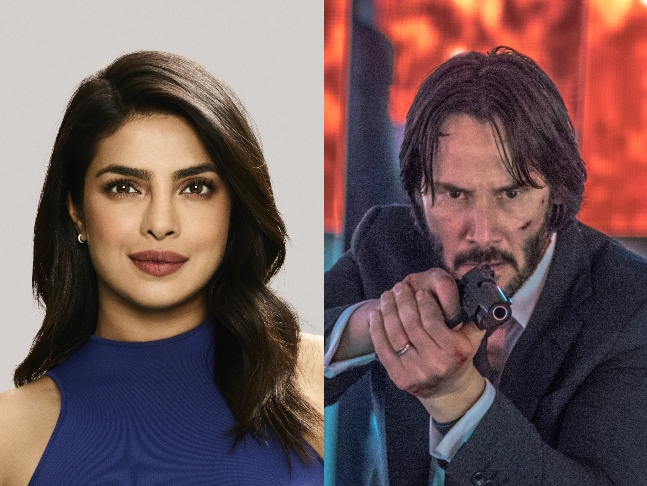 Recommended Read: My quest is to tell female tales and create a cross-pollination of storytelling: Priyanka Chopra Jonas signs a multimillion-dollar first-look television deal with Amazon

The Matrix 4 by Warner Bros. and Village Roadshow is directed by Lana Wachowski. Apart from Priyanka and Keanu, the film will feature Carrie-Anne Moss, Yahya Abdul-Mateen II and Neil Patrick Harris.

Priyanka, apart from The Matrix 4, will feature in Anthony's and Joe Russo’s spy series Citadel with Richard Madden, Netflix's superhero film titled We Can Be Heroes directed by Robert Rodriguez and The White Tiger with Rajkummar Rao. In addition to this, she has signed a multimillion-dollar first-look television deal with Amazon to produce scripted as well as unscripted content.

Robin's Wish Trailer: An intimate portrait of Robin Williams and his