Disgraced Hollywood producer Harvey Weinstein has survived COVID-19 and has been released from a 14-day quarantine. "He has been released from medical isolation and has now been "deemed alright," his spokesperson Juda Engelmayer informed about Weinstein, who is out of his 14-day quarantine at Wende Correctional Facility, the New York facility where he was housed as per a report by foxnews.com.

The spokesperson, however, denied knowledge of what symptoms of the novel coronavirus Weinstein, 68, may have had. As per the disgraced movie mogul's prison consultant Craig Rothfeld, they "cannot comment on Mr. Weinstein's health condition due to HIPPA Laws in addition to wanting to maintain his privacy which he deserves". 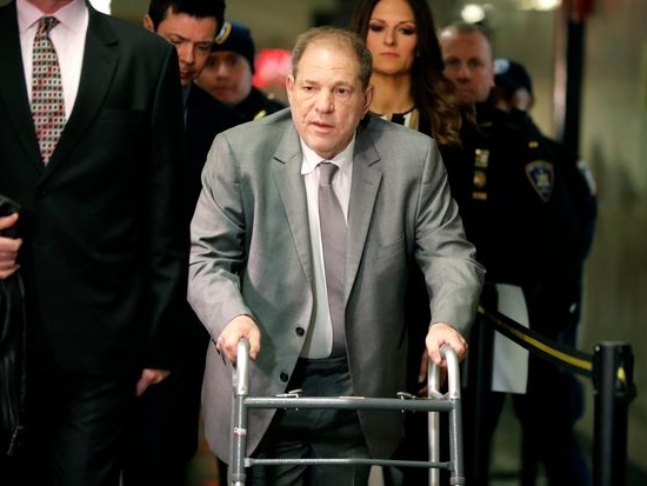 RECOMMENDED READ: We are very well and fully recovered now: Purab Kohli assures fans he and his family are no longer COVID-19 positive

Rothfield did say that Weinstein "is still in the Regional Medical Unit (RMU) at Wende CF and being monitored for his various medical conditions". His team pointed out that he is "in a super-maximum prison with no special treatment. He doesn't have his own phone, TV or any other things people are speculating about".

On March 11, the producer was sentenced to 23 years in prison for third-degree rape and a criminal sex act. He, however, maintained that he had consensual "extramarital affairs" with the victims. A week later, he was transferred from the city prison Rikers Island to Wende and it was then when he was tested positive for COVID-19 and immediately put in isolation.