The spread of the deadly Coronavirus has gripped everyone with fear. With the number of infected all across the world multiplying at an alarming rate, the situation remains to be crucial for the next 10-15 days. While the world is battling the pandemic, former Hollywood mogul Harvey Weinstein who is currently serving is 23 years in prison for sexual assault and rape, has been tested positive for COVID-19 according to the head of the state corrections officers union. Michael Powers, President of the New York State Correctional Officers and Police Benevolent Association told media agencies that Weinstein, aged 68, is kept in isolation at Wende Correctional Facility.

After the reports of Weinstein were out, Powers said that the staff at the prison are self-quarantined. The former Hollywood producer's lawyer told that his legal team wasn't informed about the reports. As per reports of a leading International daily, Weinstein had been diagnosed with Coronavirus early Sunday citing anonymous officials. "Given Mr. Weinstein’s state of health, we are of course concerned, if this is the case, and we are vigilantly monitoring the situation," Weinstein's lawyer said. 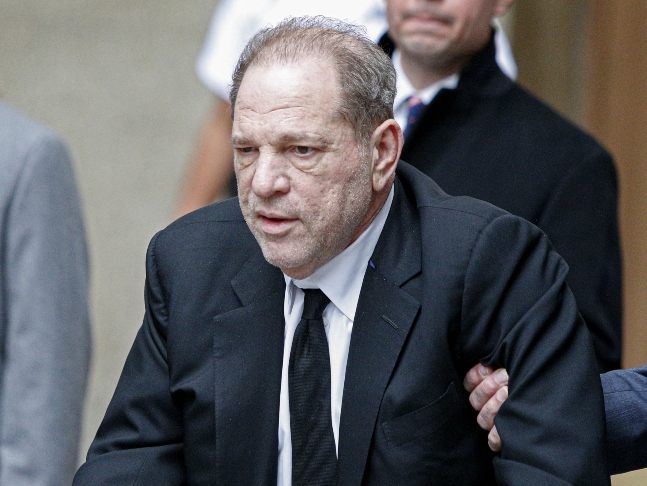 Recommended Read: 'Game of Thrones' star Indira Varma confirms she has COVID-19, was starring in a stage production with Emilia Clarke

Along with Weinstein, two other prisoners at Wende Correctional Facility are also tested positive for Coronavirus claimed a state prison official. The official informed that with each confirmed case, the Department of Corrections works with the Department of Health to identify potentially exposed people.

Weinstein, on March 11, was sentenced to 23 years in prison for sexually assaulting his former production assistant Mimi Haleyi and raping an aspiring actress, Jessica Mann. After the sentence was declared, he was admitted to a hospital for heart-related ailments. His conviction came across as a major victory of the MeToo movement. As per reports, over 100 women claimed sexual charges against him.