The teaser of Bombshell that released a couple of months ago was silent but very disturbing and it forecasted a tense situation where a bomb is about to be dropped. Now, with the release of the trailer, the bomb has finally been dropped to deafening proportions. Starring Nicole Kidman, Charlize Theron and Margot Robbie, Bombshell is based on the real-life sexual harassment scandal against FOX News Founder and CEO, Roger Ailes, played by John Lithgow.

The trailer is explosive and doesn’t fear in taking names including US President Donald Trump who makes an appearance through an old video. Nicole stars as Gretchen Carlson who took legal action against Ailes’ sexual harassment. Margot plays Kayla Pospisil (a fictional character made from the amalgamation of the women who came forward to relate their sexual harassment incidences with Ailes) who joins the misogynistic news organization as a producer. She gets a taste of the toxic work environment when she is asked to show her “loyalty” to Lithgow when she asks to be promoted to a news anchor and show host. 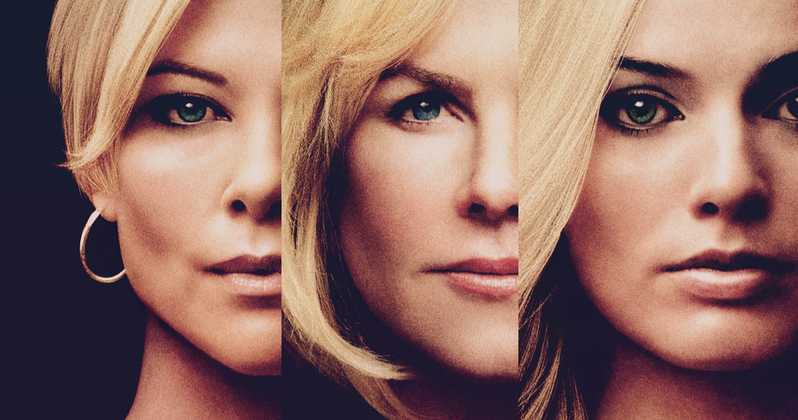 On the other hand, Charlize plays the role of Megyn Kelly who has an ugly spat with Donald Trump during the 2016 presidential election. Kelly also faced sexual harassment at the hands of Ailes and came out against him during the lawsuit.

Bombshell looks like a pacy investigative film and is touted to be a frontrunner of the Oscar race. The film also stars Kate McKinnon, Allison Janney, Alice Eve, Mark Duplass, Malcolm McDowell, and Connie Britton. Bombshell is directed by Emmy Award winner director Jay Roach and is written by Academy Award winner Charles Randolph. The film is slated to release on December 20 in the US.

Watch the trailer of Bombshell here: