Advertisement
HomeHOLLYWOODNewsDolitle Trailer: Robert Downey Jr. embarks on an adventure with his furry friends to a mythical land

Dolitle Trailer: Robert Downey Jr. embarks on an adventure with his furry friends to a mythical land

Robert Downey Jr., better known for his portrayal of Iron Man in the popular fantasy films from Marvel Studios, after almost 14 years, will be seen starring in a non-superhero role in the upcoming film titled Dolittle. The makers of this film released its first trailer on Sunday on social media platforms and took the audience on an engaging journey into a mythical land.

Speaking of the trailer, it opens to Victorian England where Robert is seen playing the role of a veterinarian named Dr. Dolittle, who after the death of his wife, isolated himself from the world and spends time only with his furry friends. However, when the young Queen(Jessie Buckley) of the region falls ill, he sets on a journey to a mythical land in order to find a cure for her illness. On this adventure, he is joined by his animal partners and a young apprentice(Harry Collett). On his journey, he encounters animals including a ferocious tiger along with a gorilla, an ostrich and an octopus to name a few. With the trailer, the film seems to be an entertaining and fantastical watch, filled with an adventurous adrenaline rush. Robert, or Iron Man, has shed off his superhero image and we ain't complaining. The visual effects are mesmerising and catch attention instantly. 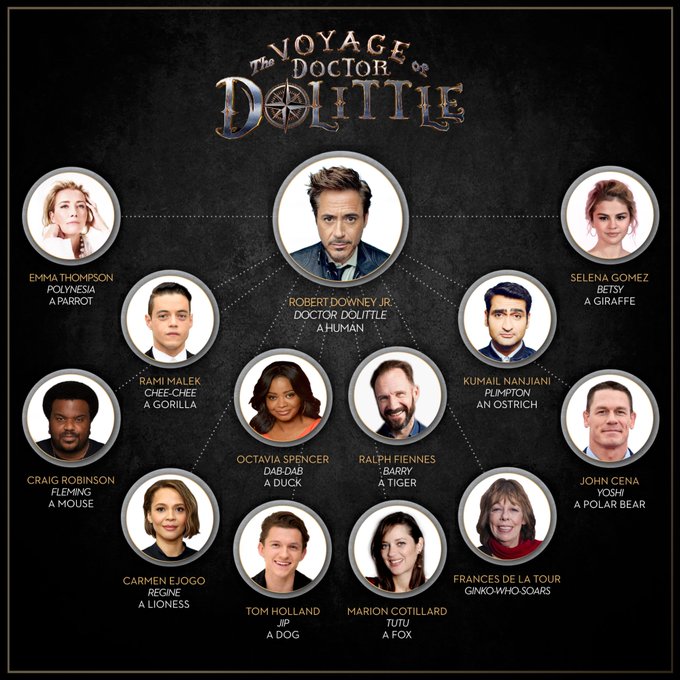