Actor Liam Hemsworth has filed for a divorce from singer Miley Cyrus, citing "irreconcilable differences". The two announced their separation on August 10, after less than a year of marriage. Just three days after their split, Hemsworth shared a message on social media wishing Cyrus "nothing but health and happiness going forward", tmz.com reported.

Sources connected to the couple say that Hemsworth and Cyrus had a prenup, keeping their earnings during the marriage separate, so there won't be a fight over money. Cyrus was spotted with celebrity blogger Kaitlynn Carter this past weekend in a Hollywood nightclub. 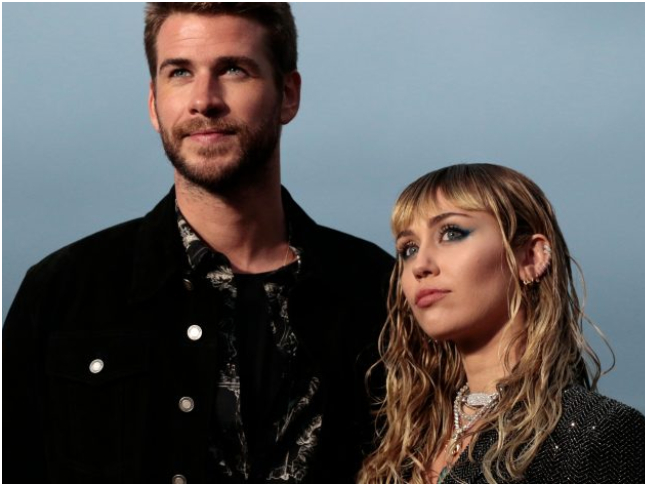 Recommended Read: Not Miley Cyrus’ wild ways but Liam Hemsworth’s mood swings and partying the reason for the couple’s split?

In the club, the two ladies were reportedly spotted "basically having sex" and the duo "didn't care who saw", according to a pagesix.com report.

In food we trust! Nick Jonas loves crispy samosas but is 'more of a paneer guy'