Advertisement
HomeHOLLYWOODNewsYou are the one that makes the rules: Lilly Singh reveals the sage advice Dwayne Johnson gave her for hosting late-night show

You are the one that makes the rules: Lilly Singh reveals the sage advice Dwayne Johnson gave her for hosting late-night show

Lilly Singh will become the first South Asian late-night host and the first woman to host a late-night network TV show in more than 30 years when she debuts with her show A Little Late with Lilly Singh. She has to live up to a lot of expectations from her fans and understandably that is a lot of pressure as the YouTuber-influencer has a huge fan following. So, she sought advice for her late-night show debut from Dwayne “The Rock” Johnson and the actor did not disappoint and gave her some rather sage advice.

In a video released on Monday, Lilly told Patriot Act host Hasan Minhaj that Johnson is “the smartest person in the world.” Talking about the advice she received from Johnson, Lilly said, “He said, ‘Listen, I was a wrestler. Then I became a movie star. Then I did TV, now I produce. If you want to do all of those things, then you will define that, and you are the one that makes the rules.” Lilly revealed that she told Johnson that she was afraid her gig on TV would limit her from pursuing other interests. 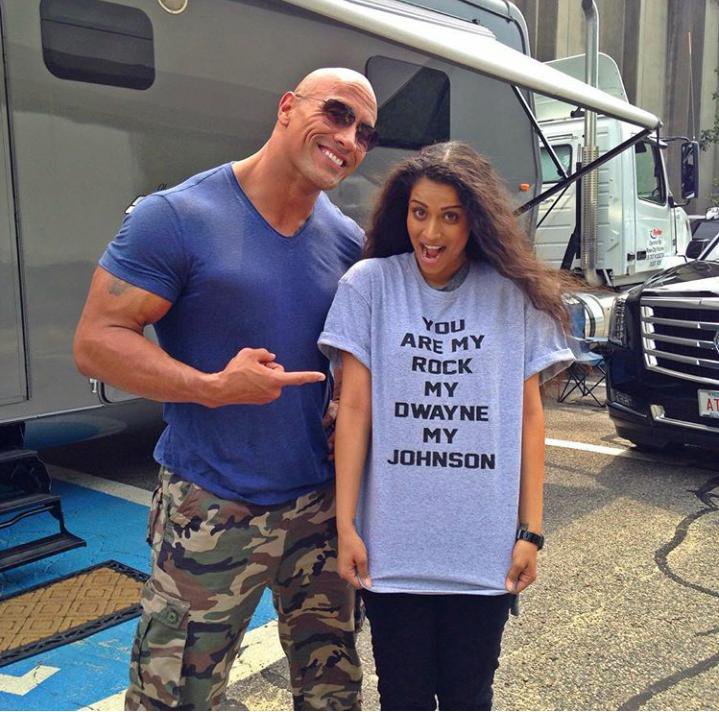 Lilly is a hugely popular vblogger and now an author as well. She boasts nearly 15 million subscribers on her main YouTube channel. She has worked with Johnson on a number of projects such as his Seven Bucks Moment series. A Little Late with Lilly Singh debuts on September 16 on NBC.

I'm half and half on it: Rapper Tyler, the Creator has mixed feelings

It's a family affair! Billie Eilish and her brother Finneas O'Connell

Grammys 2020: Usher and FKA Twigs team up to pay a tribute to late singer and iconic artist Prince